Listen to our interview at AM580 with Colleen Wares! --  Read the history behind the Leland Report Book
Read the latest stories from the road by Jim Burnham
Report #5222 Photo: LR7- 18-15

Mid-morning the sky darkened and the “Dark Sky” app on my I Phone started alerting that possible severe weather is on it’s way. The “Radar” app confirmed that with a fast moving, very red graphic headed for Leland.  The rain began to fall and power went out.  The internet remained until just before noon and it went out.  Logged onto ConsumerPower.com on my I Phone and clicked on the “outage” button.  It showed in red a graphic of the outage from Duck Lake Corner to 641 which included all of Leland.  North of town the rain was light, but south of town had a heavy downpour. Emergency equipment responded to a property around Whaleback.  Fishtown was almost empty at noon, which on a Saturday in mid July is unusual.  Generators created the sound effects.  What kind of a day was it?…  Actually not too bad as the sun came out. the power returned and the internet worked.  The internet is important as the business community relies on it for transactions. 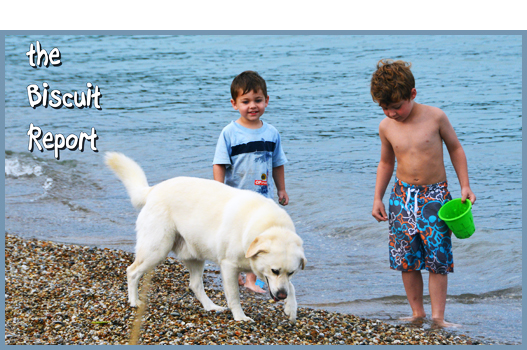 Biscuit was helping the boys find rocks.  It was a nice day indeed.