Listen to our interview at AM580 with Colleen Wares! --  Read the history behind the Leland Report Book
Read the latest stories from the road by Jim Burnham
Report #3962 Photo: LR-7-18-2020 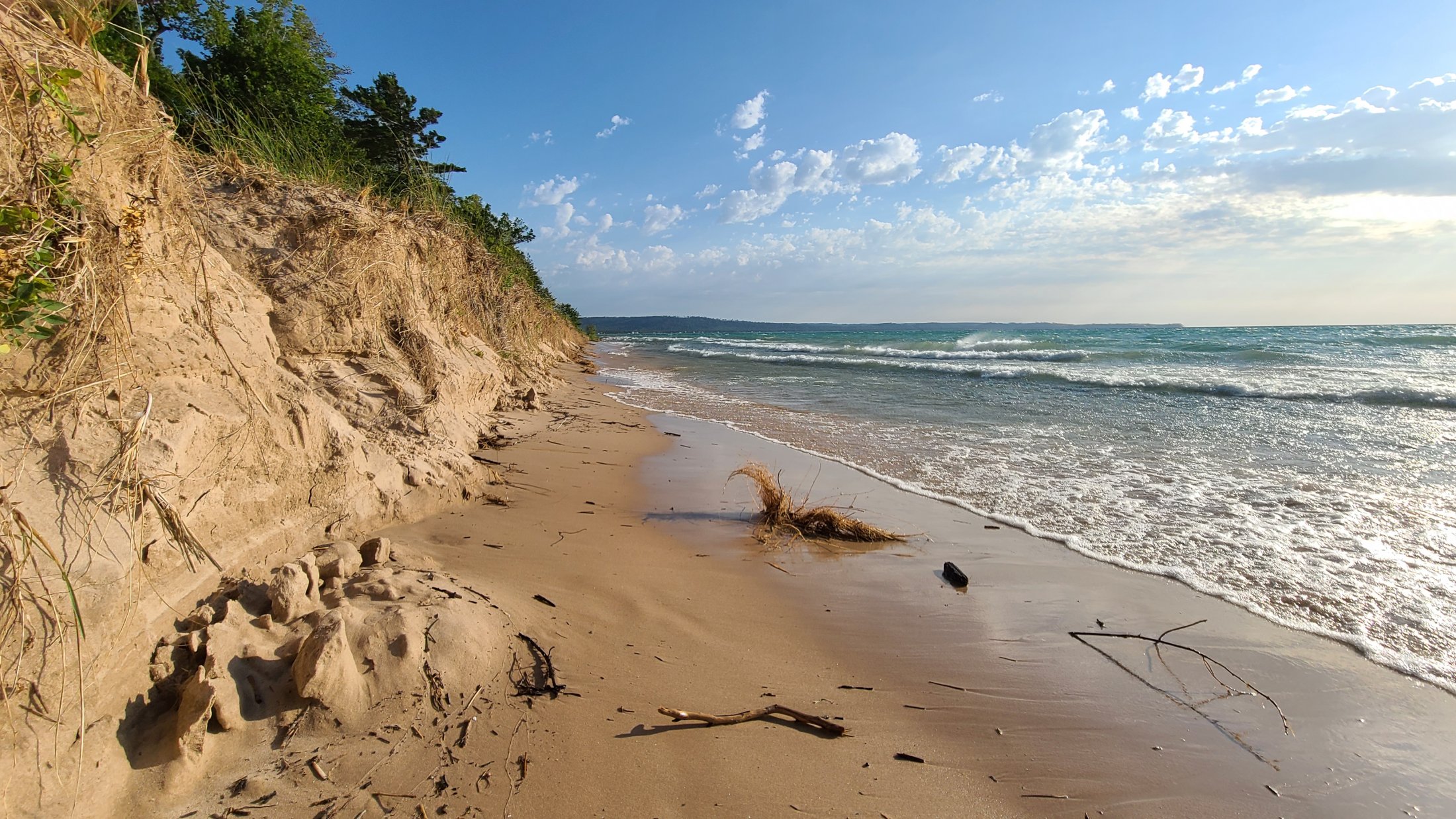 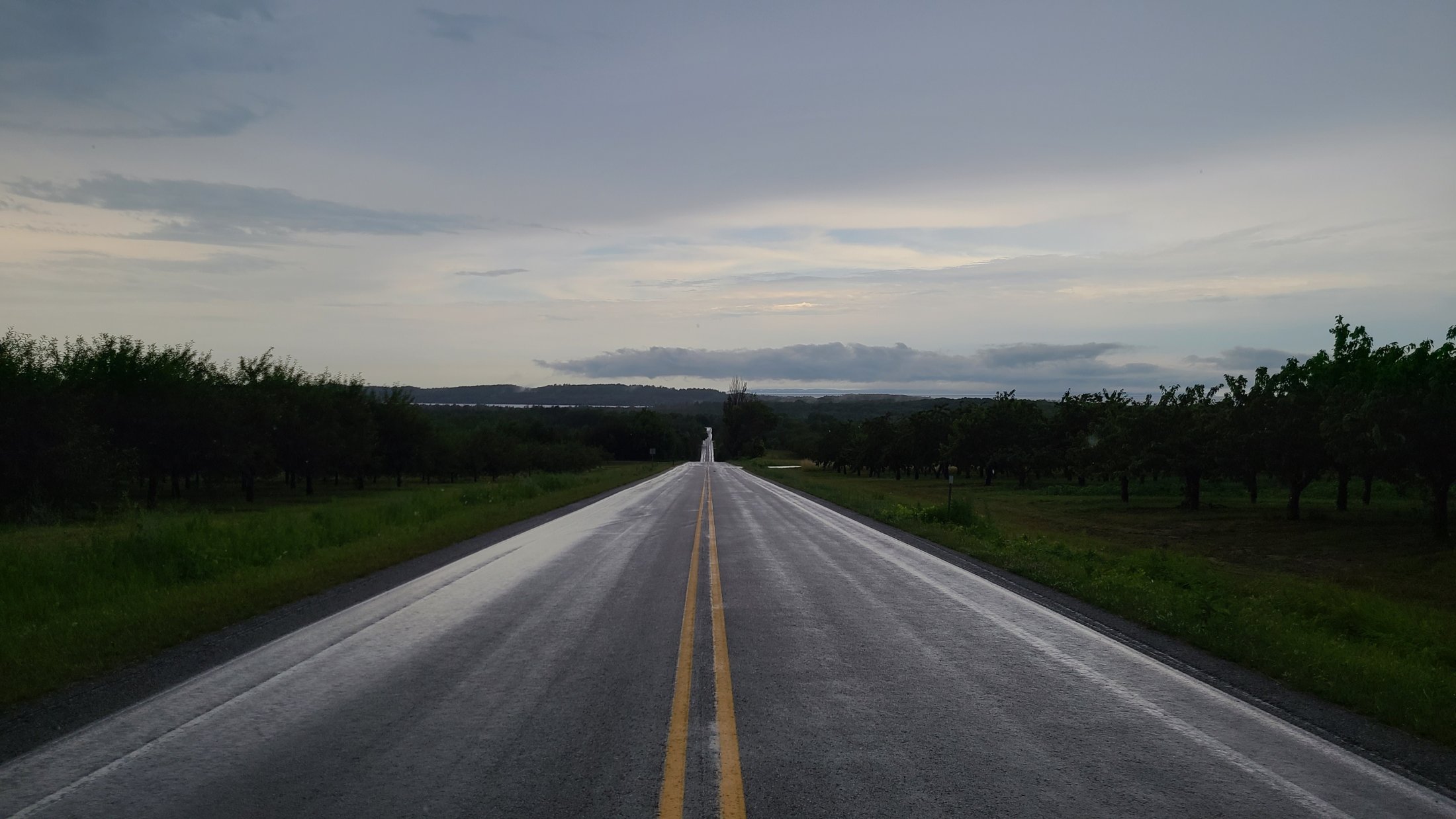 Full day today. Breakfast at 45th Parallel Cafe in Suttons Bay was interrupted by a storm cell that caused quite a bit of noise and a seiche in Fishtown. I was told is was not only red, it was redder than red (vermillion?) Anyway, I left the windows open in my car and got soaked getting them up again. The plan today was a kayak trip around the Pyramid Point bend starting at Sunset Shores on the South and ending at Bohemian Rd on the North. Since there was a nice South wind, we would have the wind at our backs and some waves, but none as we rounded the point. Well, Bohemian Rd was closed, so we formulated a secondary plan to drop bikes off at Sunset Shores, kayak from the Cannery in Glen Haven back to Sunset Shores, just north of The Homestead, then ride the bikes back to the cars.

Well, the weather started getting rough with about a quarter mile left. We surfed three foot swells as we worked our way Northward. Right in front of the Homestead, I capsized on a rough swell and quickly climbed back on perpendicular to the boat. My partner paddled back to me and with her help, I got back into my swamped boat with just a Gatorade bottle to bail out with. Being blown North and toward our eventual landing point, we were in no real danger. Once my boat was empty, we surfed into the Homestead and got some bearings. After hauling the kayaks up onto a path, We walked the shoreline a quarter mile to our bikes and started riding back to Gen Haven to get the cars.

On the way down we noticed a Coast Guard chopper flying back and forth along the shore from Glen Haven to Sunset Shores and back again. I joked at the time that they were probably looking for us. We were even sitting on the beach where we planned to land watching some kite surfers and waved at the chopper flying overhead. The Park Ranger who stopped us on the way out of Pertner Rd confirmed that yes, they were in fact looking for us! We told him the story and he radioed back that we were fine and were not in any distress.

So, I can’t say I apologize for making them run out there looking for us because we never thought we were in any danger. We had life jackets, we were not paddling alone, and I think we handled the unexpected swamping pretty well. But I do thank them for their dedication and for whoever it was who was concerned enough to call it in. 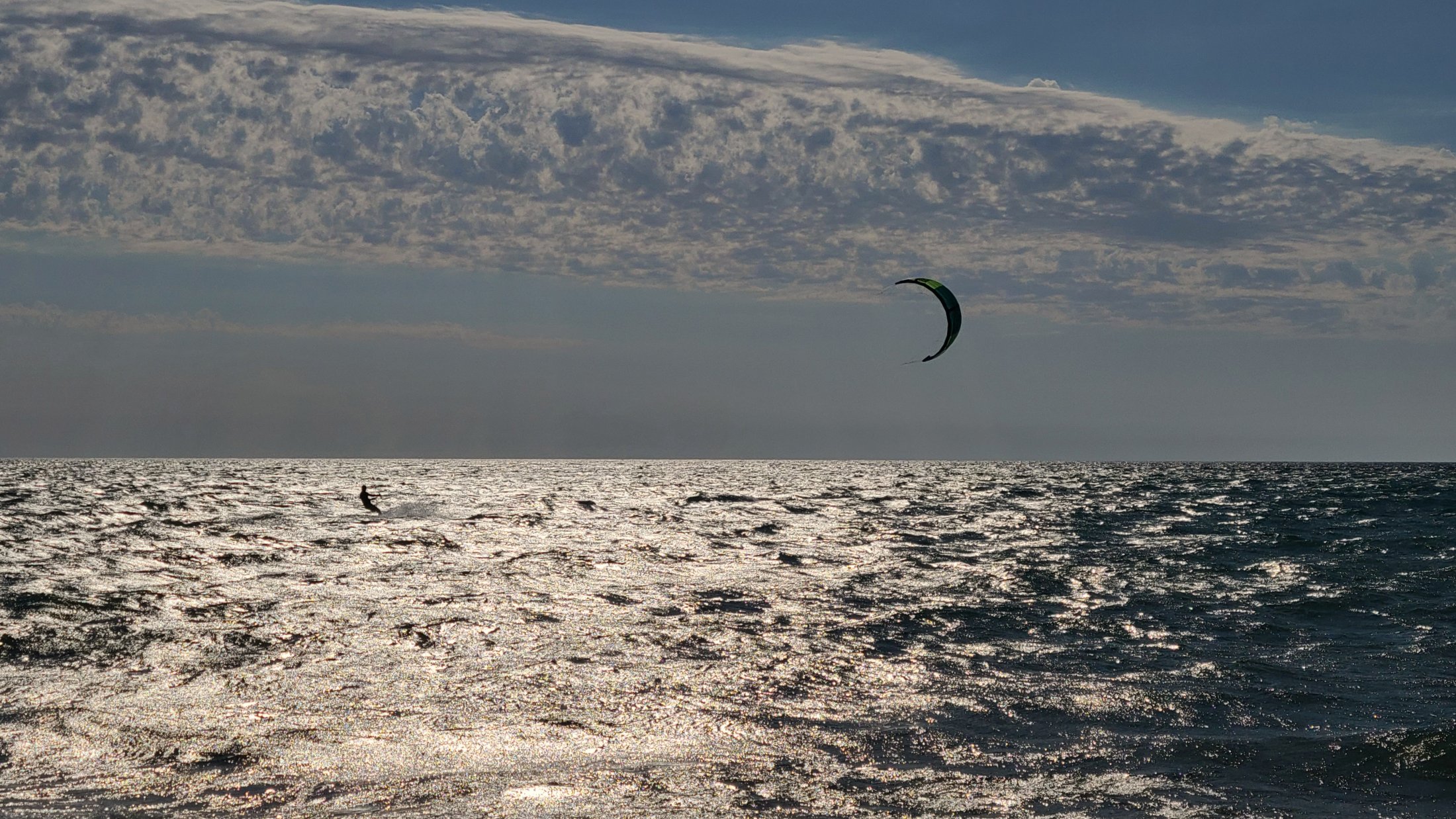 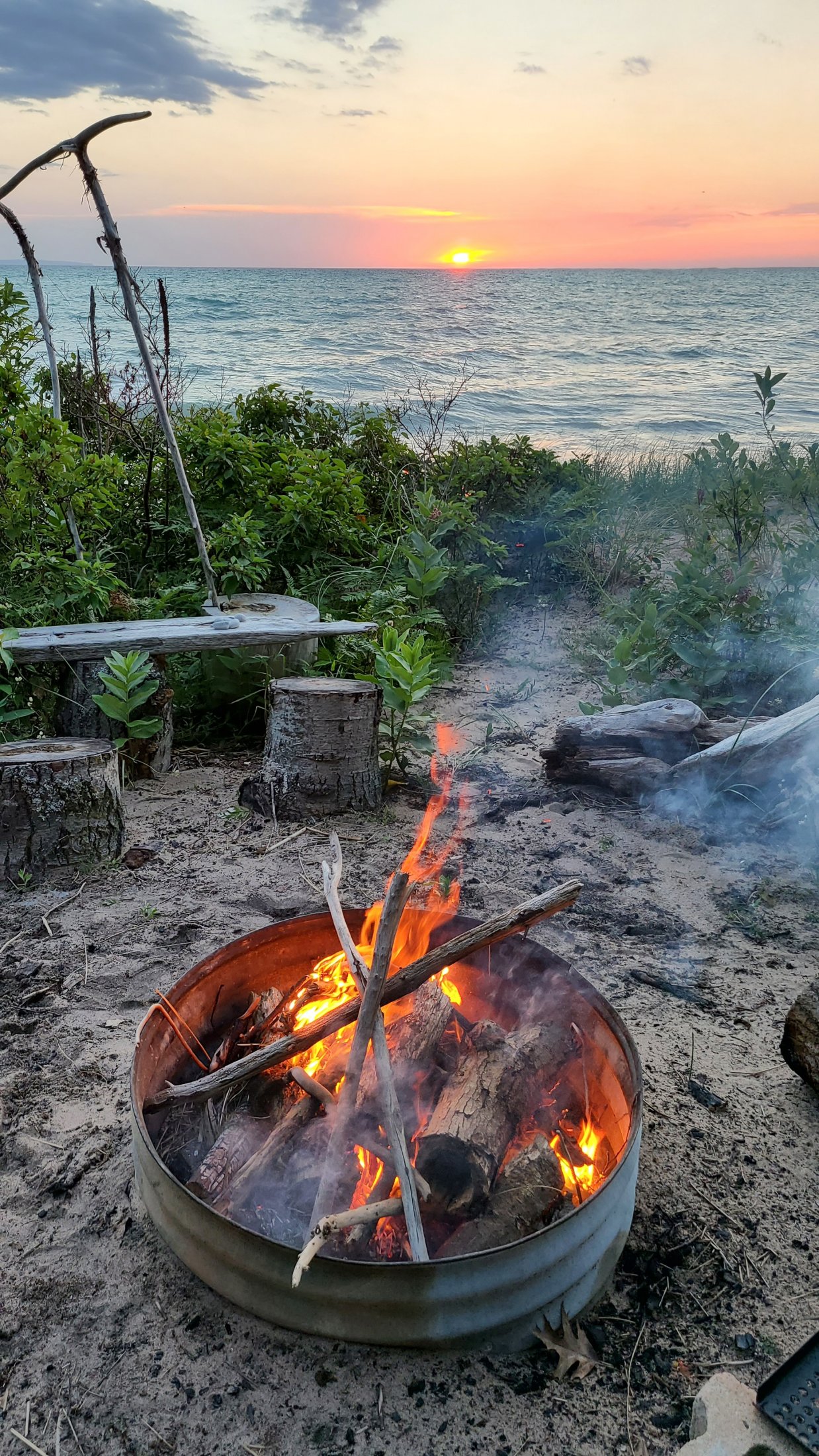 You were also super Airbnb guests (thanks!) along with being intrepid souls. Whew!!!

Wow! A chopper! What a day!

Wow..quite the “fun” trip.. be careful out there!!