Listen to our interview at AM580 with Colleen Wares! --  Read the history behind the Leland Report Book
Read the latest stories from the road by Jim Burnham
Report #3986 Photo: LR-8-12-2020 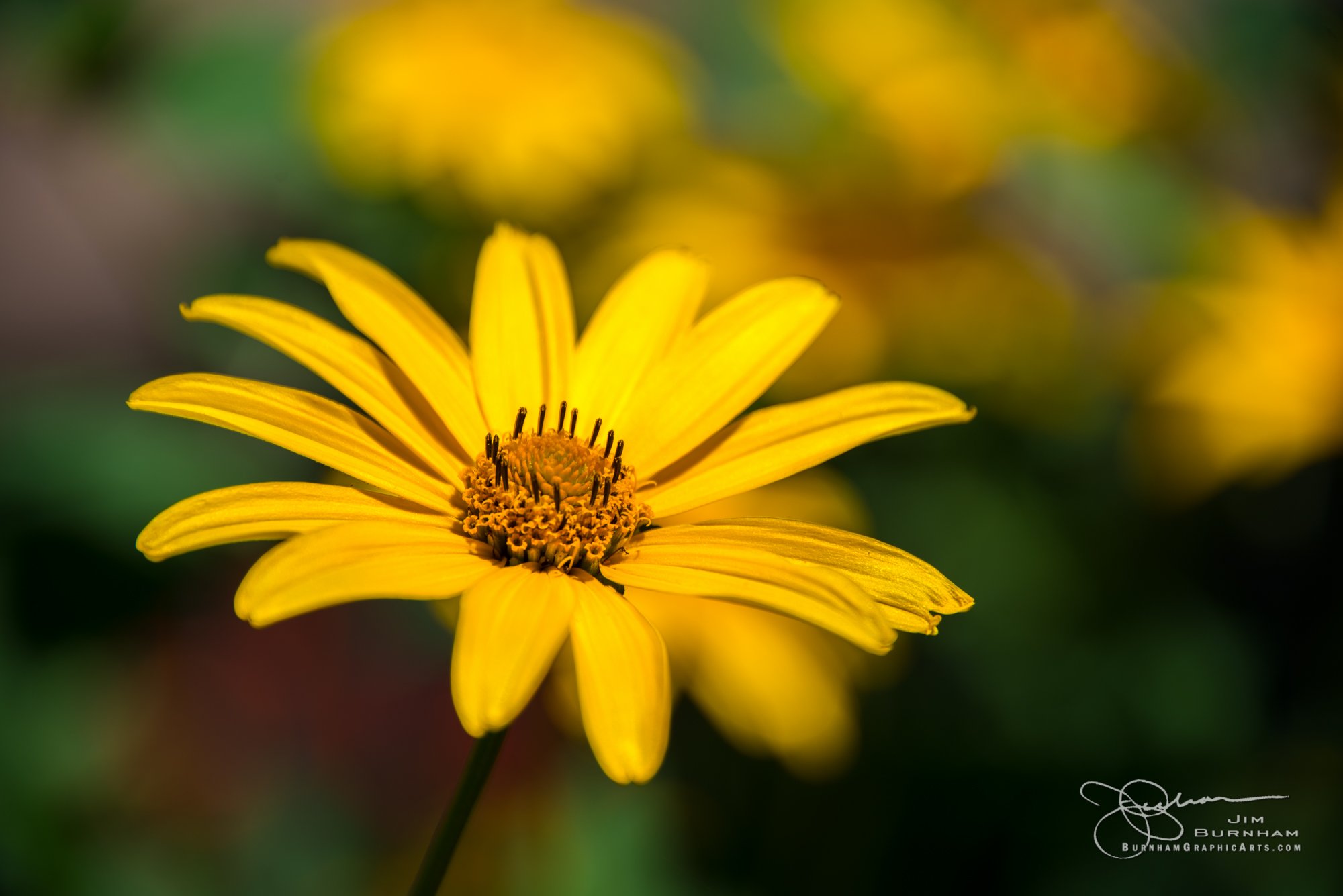 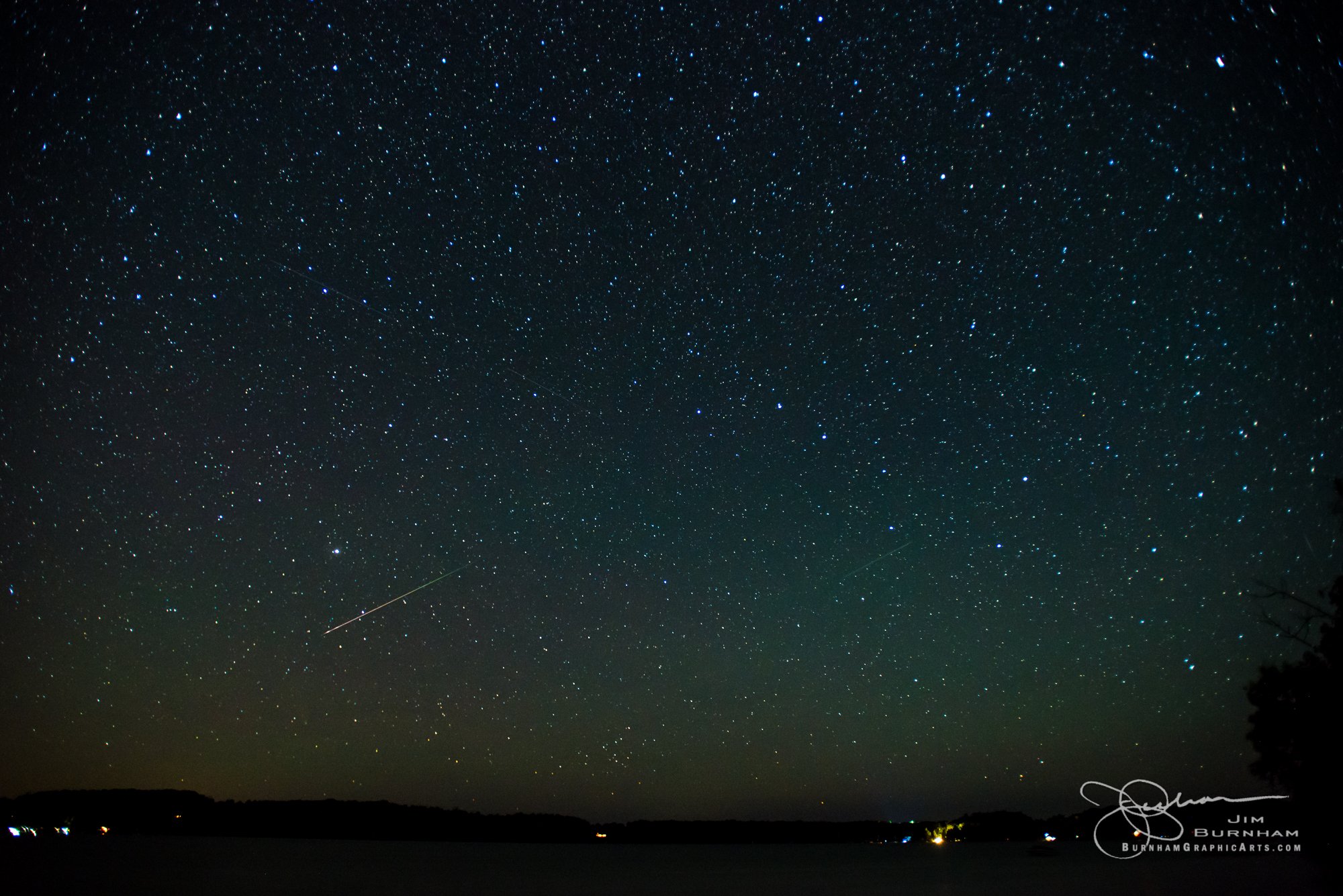 (Report by Jim)
This is a combination of two days. Joanne’s garden is blooming nicely even though she has not gotten as much weeding done as she wanted. I saw more Perseid meteors shine last night around midnight than I have eTonight should be another show, I saw most of them off to the NW and West, but originating from the area of the constellation Perseus. If you find Cassiopeia (the big W), Perseus is just to the right.  The photo above taken from the boat launch in East Leland looking West. I could not get as many as I wanted on film, but did get this brilliant one. There is also a faint one in the lower right quadrant that appeared in the same 20 second exposure. This morning had a subtle sunrise, a few more non-humid cloudless days ahead. 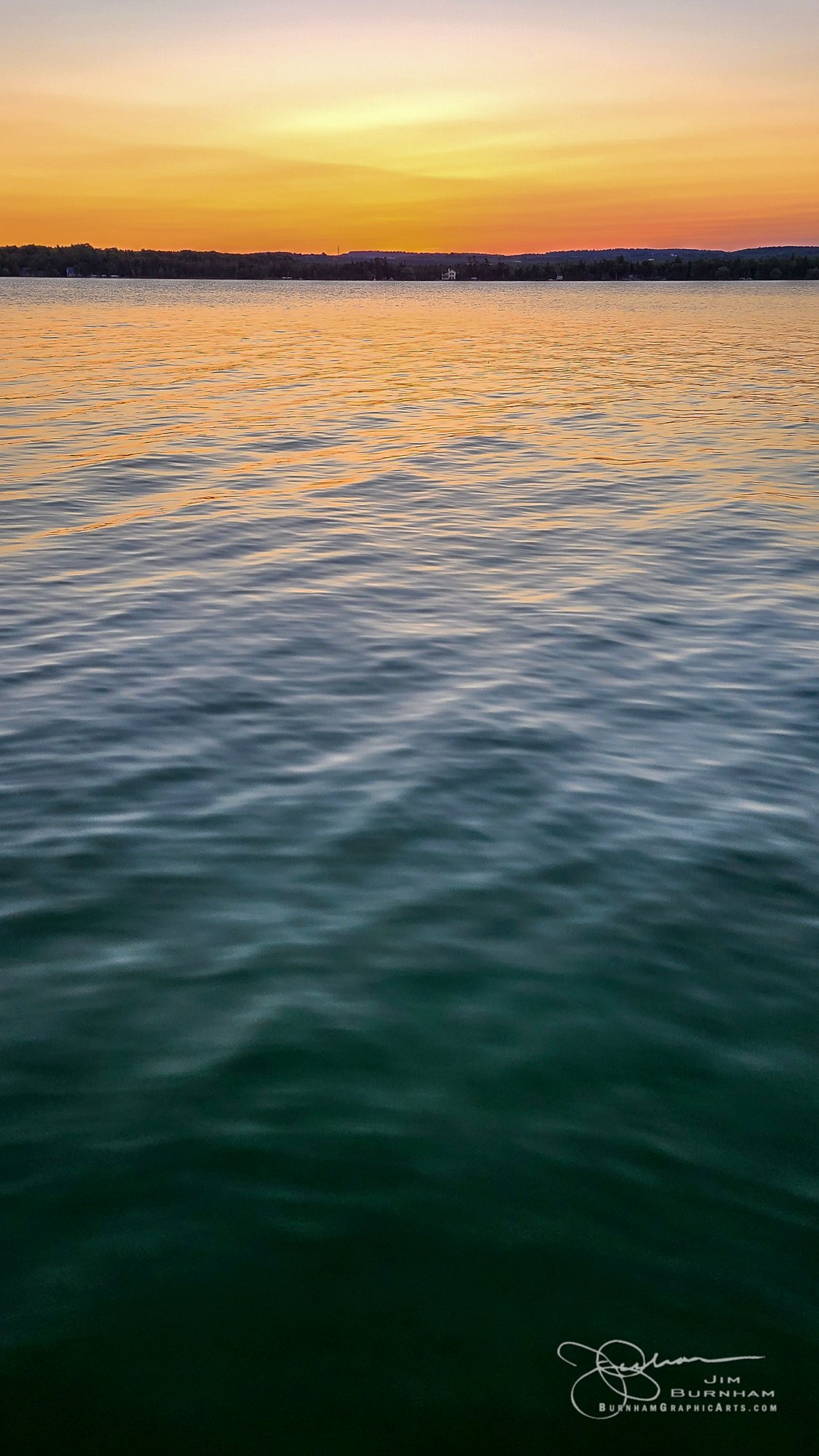 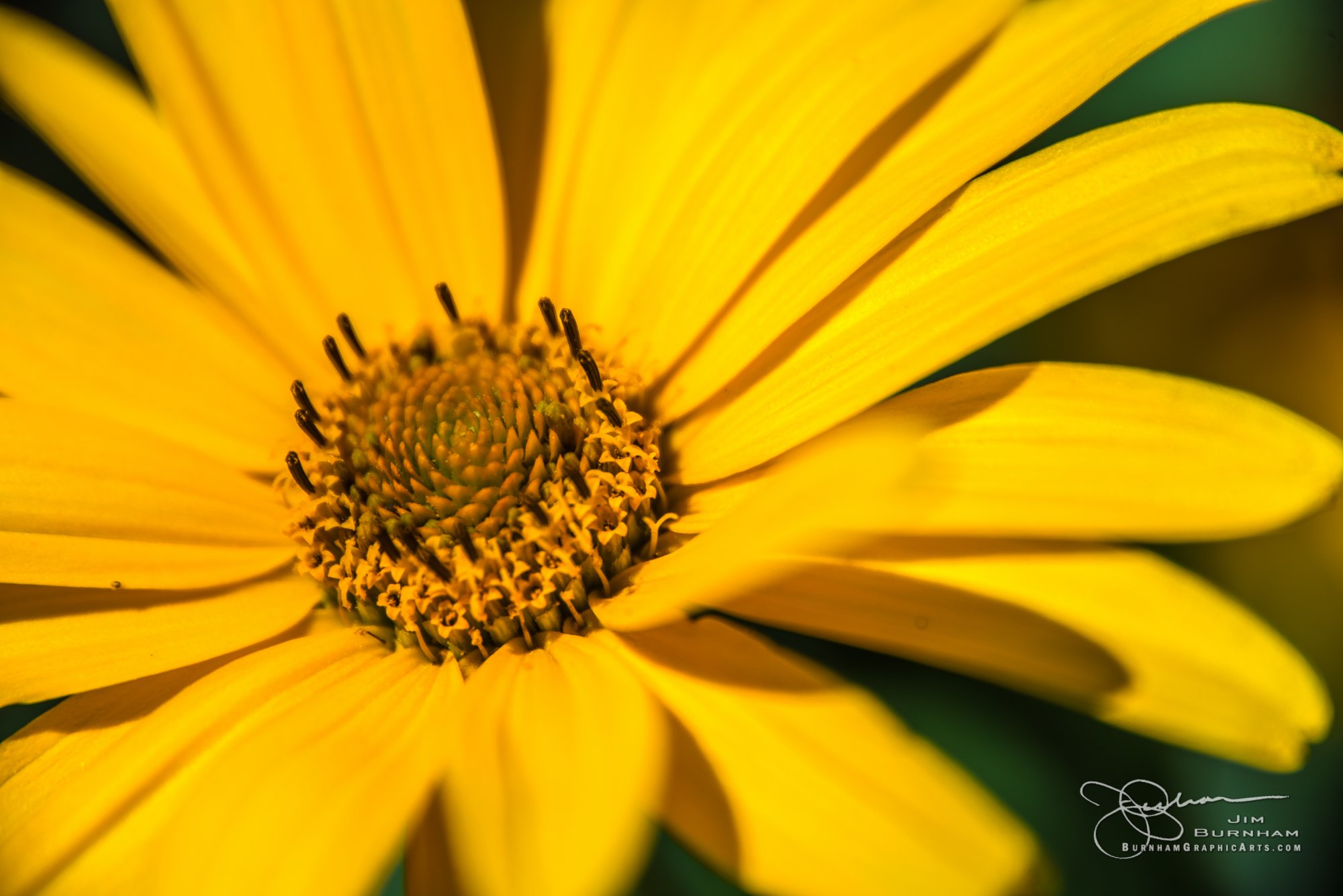 Love your Leelanau images every day!