Listen to our interview at AM580 with Colleen Wares! --  Read the history behind the Leland Report Book
Read the latest stories from the road by Jim Burnham
Report #5473 Photo: LR_3-25-16 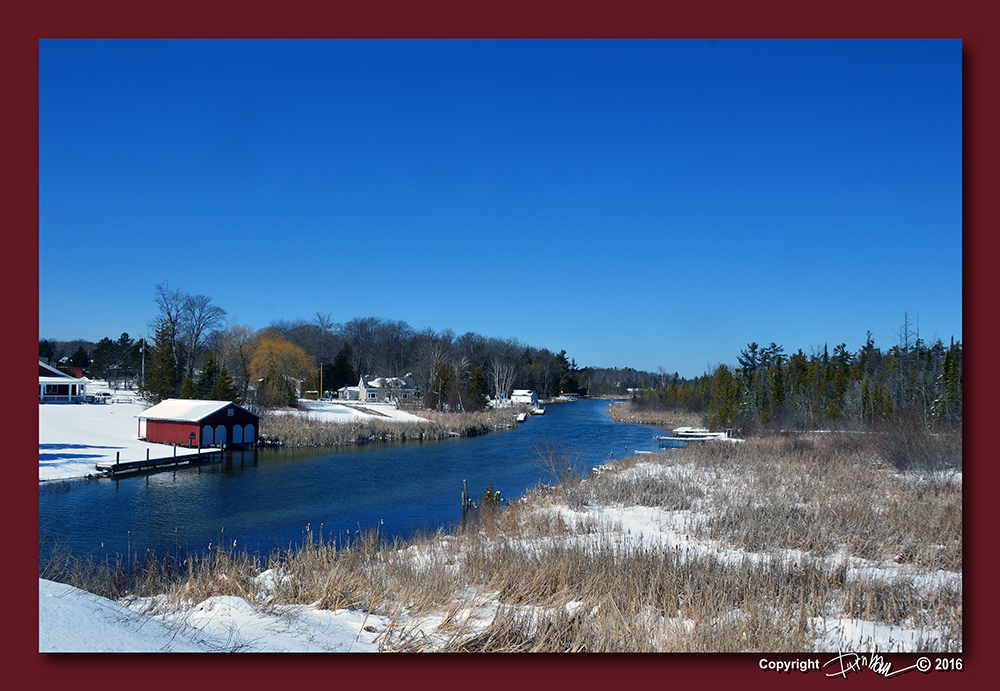 It stopped snowing last night around 10, which means it had snowed for 24 hours.  There were reports of 18 inches in various locations.  That being said, it was mentally the worst winter event ever, when I had convinced myself that winter was over three weeks ago.  It wasn’t over , I know that now.

As I was rejoicing this morning about how blue the sky was, son Jim called and said he had just hit a deer 5 miles from home.  He and his family are back on there way in a rental. 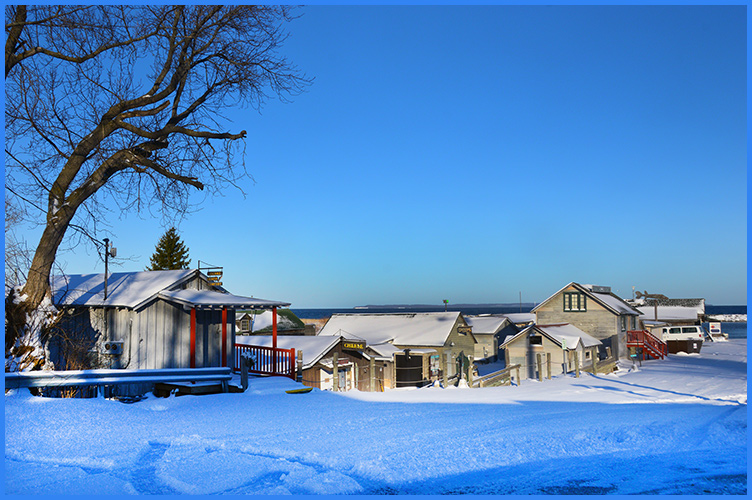 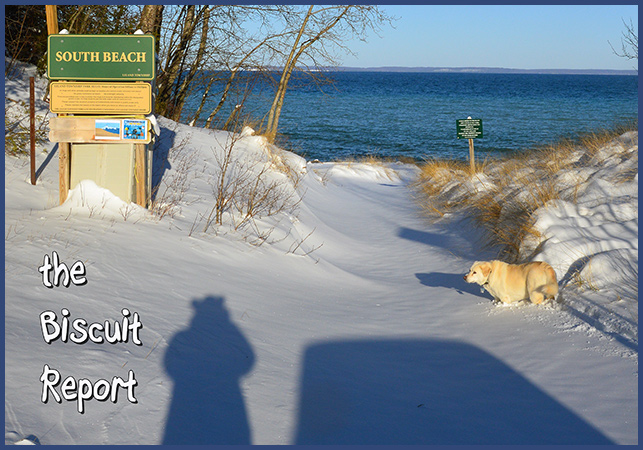 I love the pictures that show shadows. The Biscuit picture clearly shows the Jeep and you (apparently with Mickey Mouse ears on) — but then I now live awfully close to “Da House of Da Mouse,” and I’m used to that.

Again, your pix are just great!
You made it look like a “Really Good Friday”.