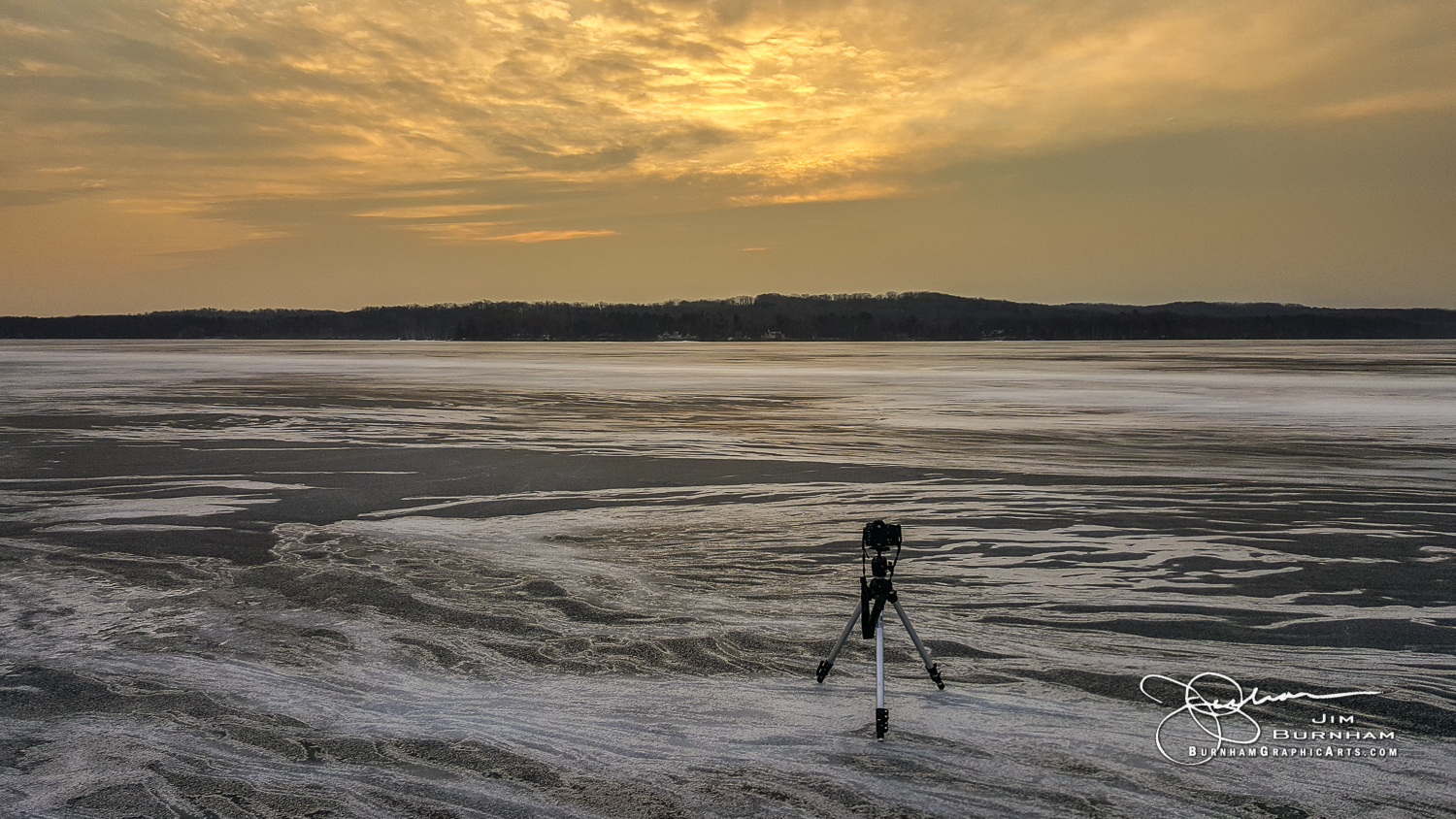 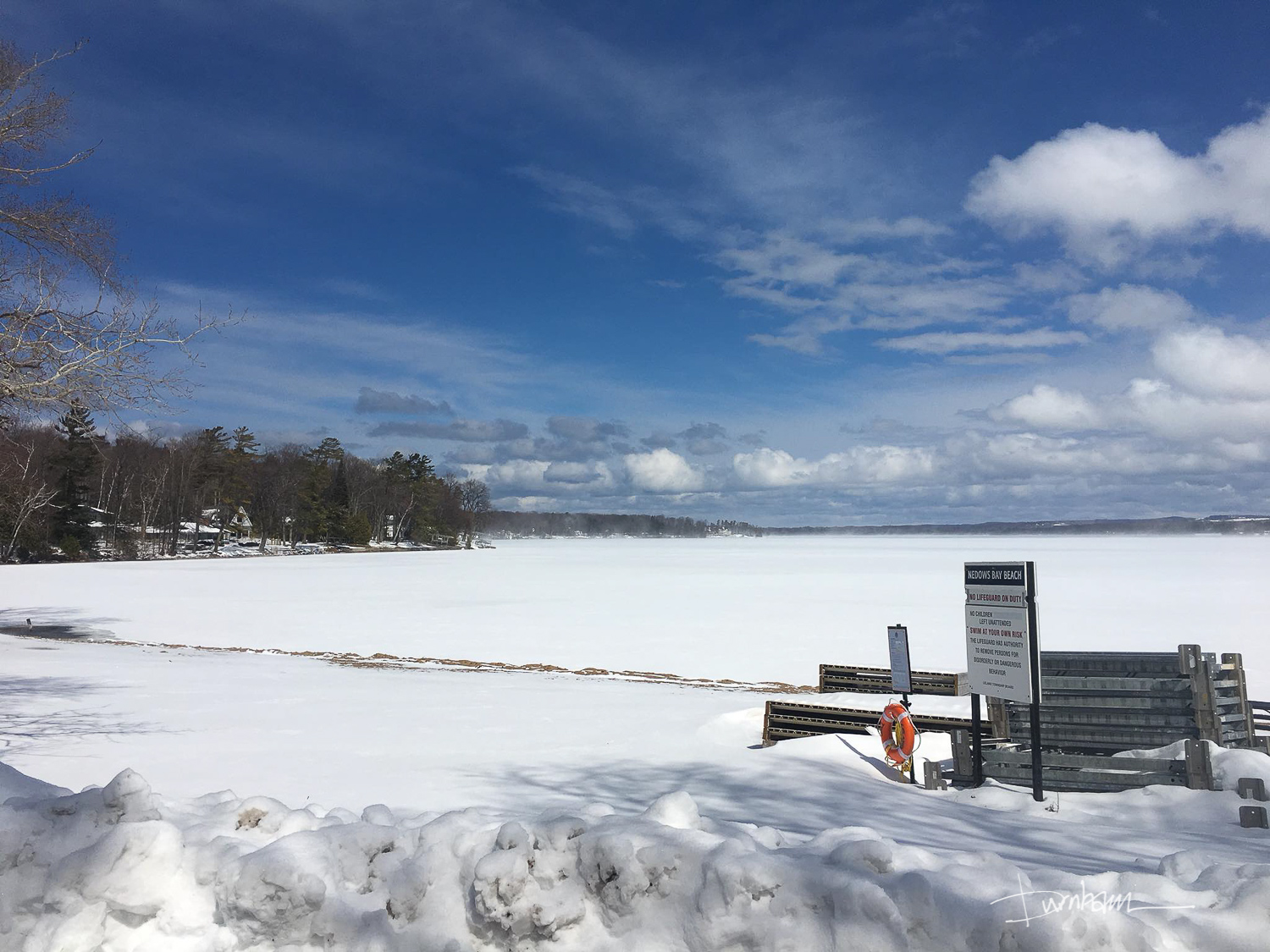 (Report by Jim)
Is this the end of the snow? Who knows? Snow gauge is now sitting at 208″ for the season based on the Leif Sporck’s exacting measurements. There are only 10 people left who guessed higher than 208 in the contest.

The photo above is by Keith down at Nedows Bay. The forecast does not show any significant snow at all, but you never know with lake effect. Temperatures will be in the 30’s – 40’s over the next couple weeks. Next weekend will be in the 60’s down in Illinois where I am, but it’s still cold down here, too.

The main photo at the top is from last weekend when I was out there on the ice. There were so many nice shots from that weekend, I had to share more. The one below was the setup shot from one of our recent Instagram posts. 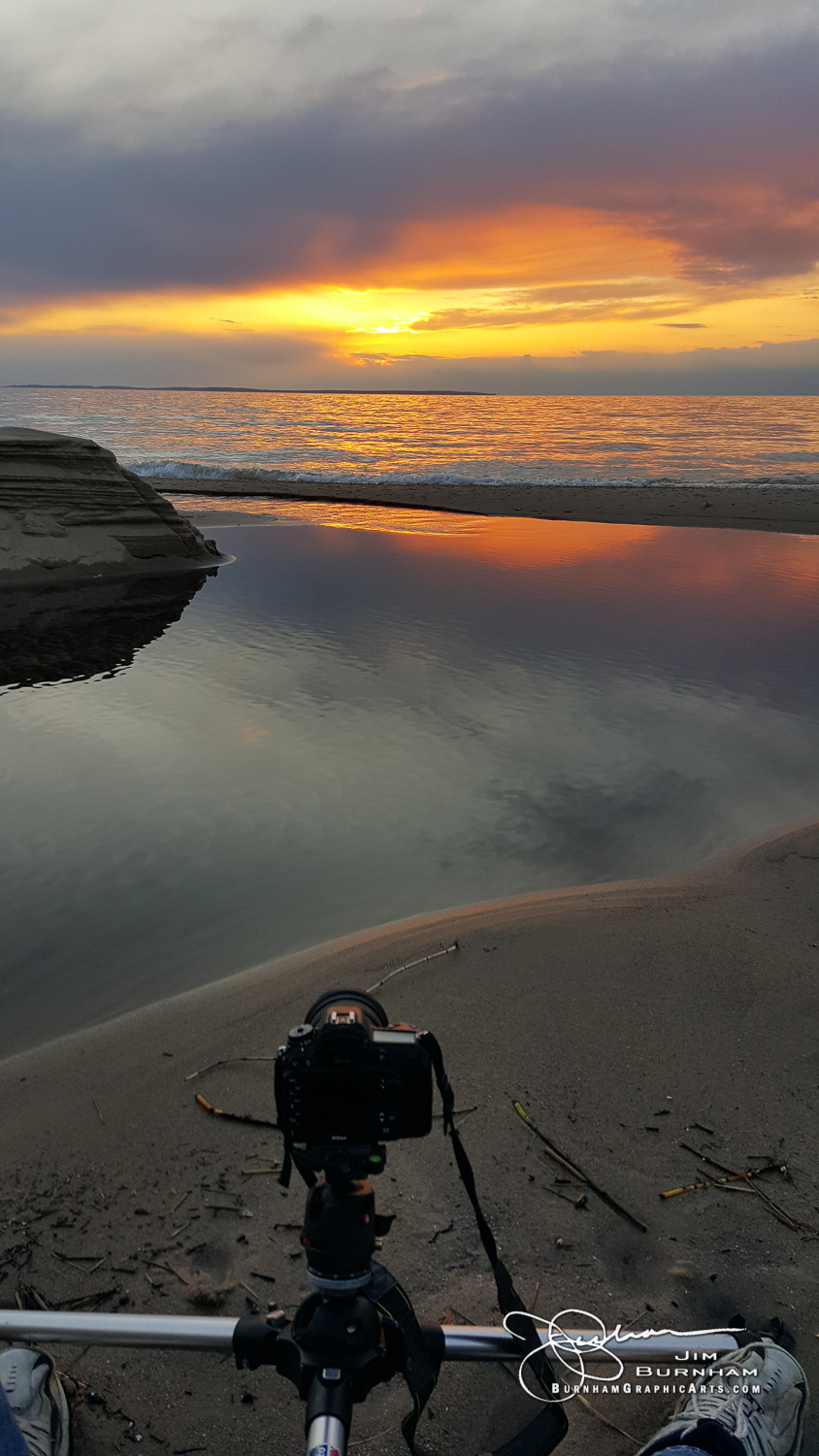 I added this for Dick in Rankin. This is the photo I took with the main shot above. 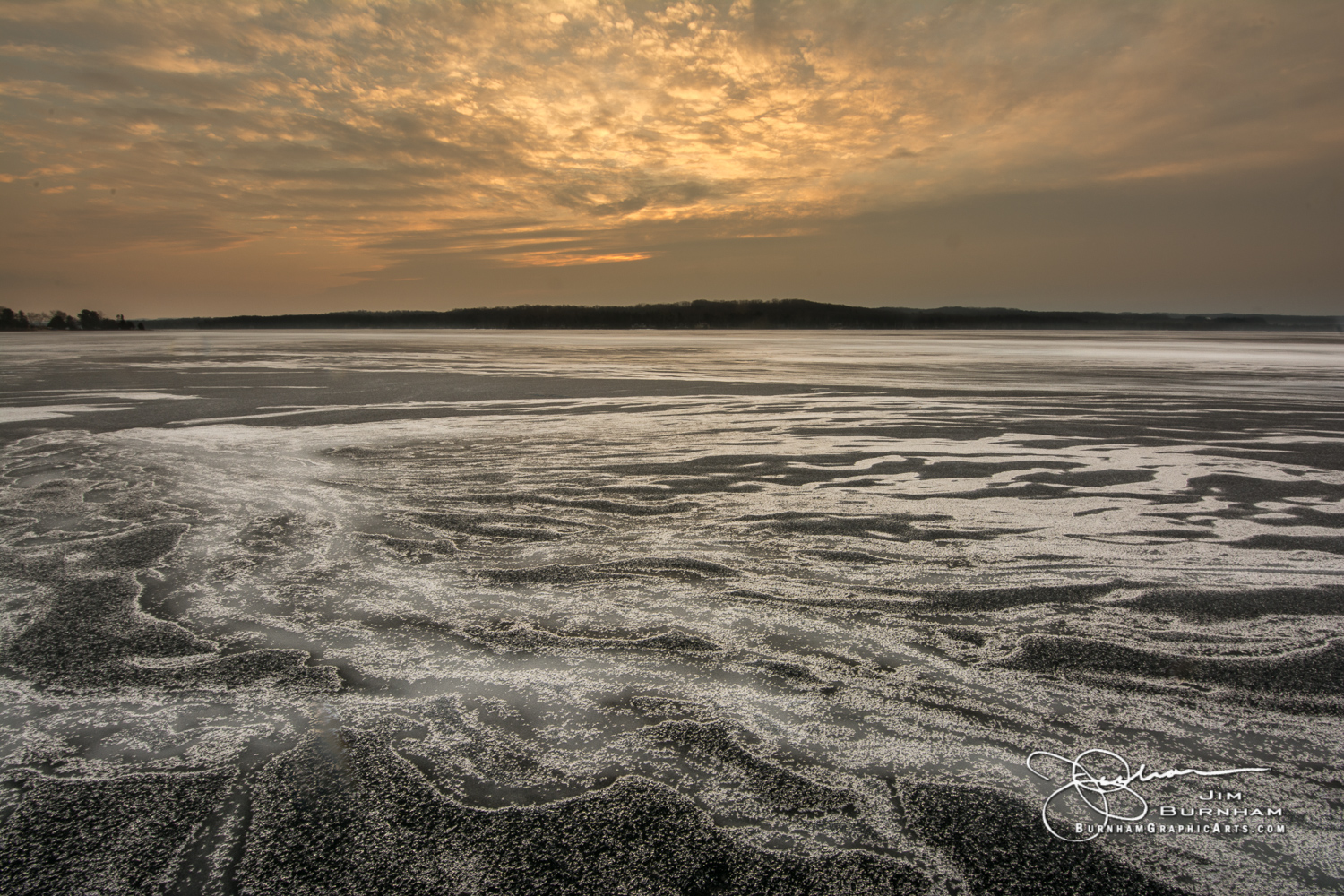 I entered a guess at snow level but can’t remember how much..do you have a record of everyone’s???

Maybe, it’s just me, but the camera in the last pic is a distraction from an otherwise beautiful shot.

You’ll see the photo taken with that camera in another post. Sometimes I like to show how shots are set up. 🙂

Yeah, Dick, it’s just you 🙂 🙂 :-). (No offence intended.) I like take a second camera along just to record the setup; years later it’s nice to know what tripod and other paraphernalia (chair? umbrella? jacket?) I used in a particular outing; my memory is of decreasing reliability! And of course the pictures taken with the main camera don’t have that distraction.

Never thought of it that way.
That also makes sense.