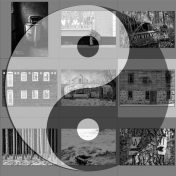 If you think about it, nothing was unclear in 2020. Either you were pro-Trump or anti-Trump, pro-Mask or anti-mask, pro-shutdown or anti-shutdown, pro-science or anti-science, pro Taylor Swift or begrudgingly accepting Taylor Swift because your daughter is a fan. In a year that seemed all Yin, people desperately sought Yang. There seemed there was no in-between, no balance. I can’t bring back that balance, but I can end the year with my favorite Yin/Yang shots for the year, maybe add perspective. 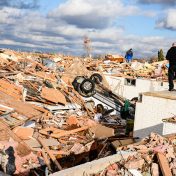 On this day seven years ago, a half-mile wide F4 tornado cut a 46 mile path through central Illinois. Moving an average of 57 mph, it touched down in East Peoria and lifted near Long Point in Livingston County. With the danger over in our area and not knowing what had happened just North of us, I packed my camera in my car and set out to the South to find some weather shots. 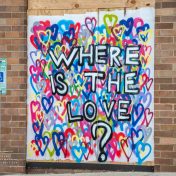 I never intended to go to Kenosha, WI. It was a convenient stopover on a trip back from Michigan to Illinois through Wisconsin. My friend had family there and by chance, they were within blocks of the rioting that followed the police shooting of Jacob Blake and the deaths of two protesters at the hands of Kyle Rittenhouse in August, 2020. Having an opportunity to see firsthand the aftermath was oddly and uncomfortably thrilling to me. Not a happy thrilling, but a morose embarrassed thrilling. 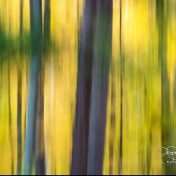 Here are some fun abstract techniques I’ve used occasionally to break the monotony. Each one of these is either a daytime long exposure or ultra-shallow depth of field. Both create a smooth bokeh background with small, in-focus elements, or a full blended blur across the image. I have not tried a combination of the two, but now that I thought about it, I will. 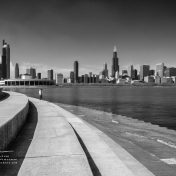 A drive into Chicago, up and down Lake Shore Drive and into the Loop during the COVID-19 pandemic. The city is three days into a stay at home order from the Governor. 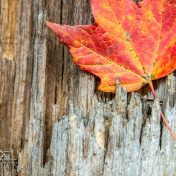 Musings on a forgotten trail in Peoria, IL. 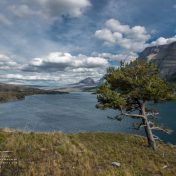 Last year I picked one photo for every month. This year I am organizing it by theme because one single month this year could not be described with a single photo. So this year I give you a year of themes that define adventure, from the four elemental forces of air, earth, water and fire to the places and people that lead us to discover other places and ourselves. 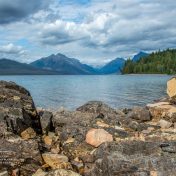 Another adventure with Jim Caldwell (The Fotobug), this time in the wilds of Glacier National Park in Montana. Another location off my bucket list, and another location sure to be visited again. Places like this are never fully explored in a week, a month, even in a lifetime. Every vantage point is at the very least a beautiful memory. At best, maybe hanging on someone’s wall. This is part travelogue, musings on nature, and history lesson. 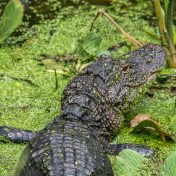 My daughter has been to the ocean three times, once as a baby, once when we were extras in a movie on Cape Cod and once when we visited the Oregon coast. But she had never been to the ocean when it was warm enough to jump IN. So we went to Florida, where there is 1,197 miles of ocean to choose from. I chose Clearwater, where I heard a certain species of FotoBug lives. 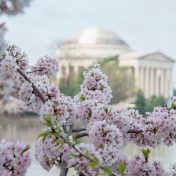 “I had rather be shut up in a very modest cottage with my books, my family and a few old friends, dining on simple bacon, and letting the world roll on as it liked, than to occupy the most splendid post, which any human power can give.” — Thomas Jefferson Recently, I had a unique opportunity to do two completely… Read more »