Listen to our interview at AM580 with Colleen Wares! --  Read the history behind the Leland Report Book
Read the latest stories from the road by Jim Burnham
Report #5429 Photo: LR_2-10-16 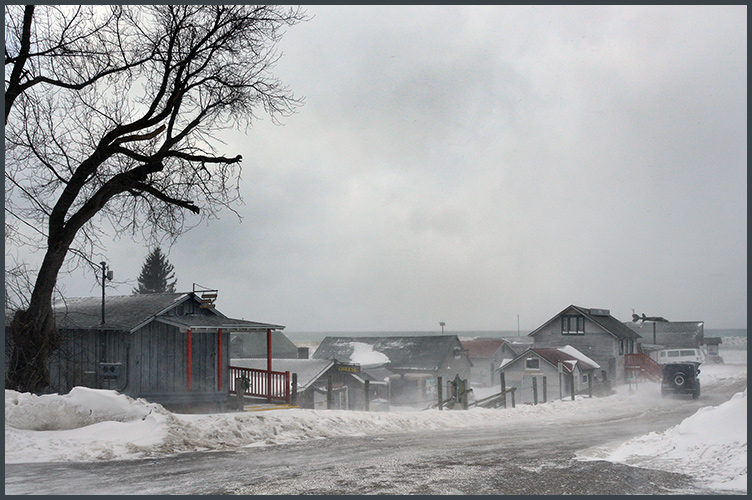 Again… the wind!   Last nights local TV weather forecasted 6 to 10 inches of snow, we received 1 inch.  The lake effect machine is in full throttle, but we happen the fall between the bands.  10 inches has been reported in various locations and I’m sure Suttons Bay is one of them.  The main picture taken this morning at Van’s Beach shows the sky with the snow blowing through.  I took the picture and left as the temperature, wind and snow were just too much. Early last Fall we were told of the mild winter we were going to have because of El Nino.  The only thing El Nino was responsible for was that the Great Lakes are only 7% frozen over and lake effect systems are pounding our shore.  This hasn’t been the worst winter we have had, but it’s a real and authentic winter. 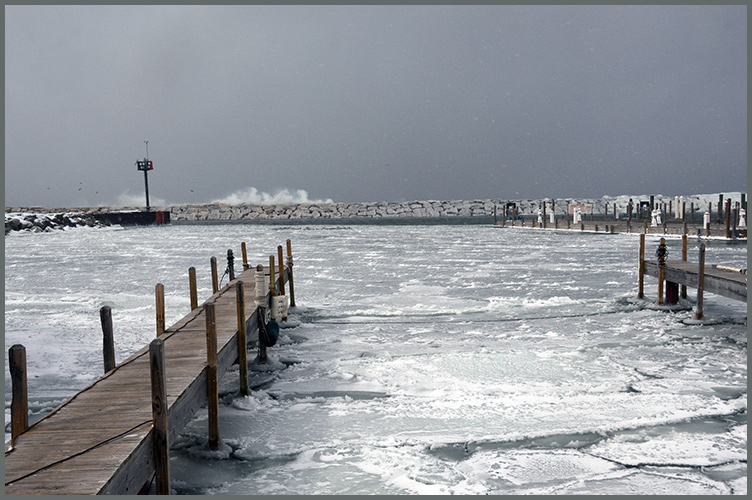 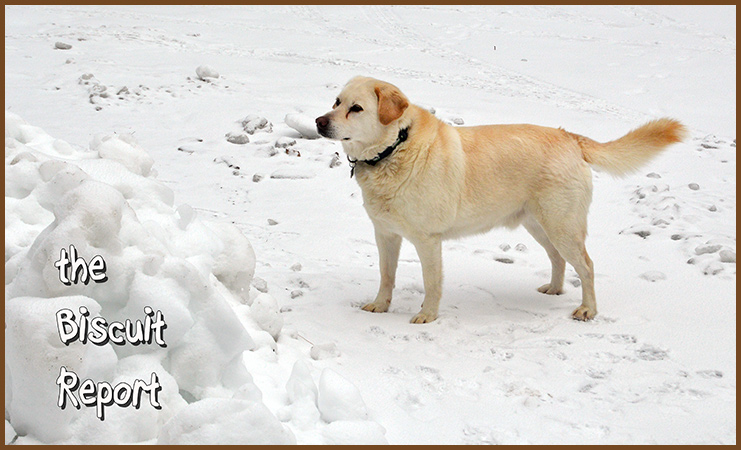 The Leland Report/Leif Spork Snow Gauge contest is closed. We had a total of 47 entries. We will report the final tally on 4/30/16!

Your second pic sure looks like winter.
The Genesee County area is getting a pretty good dose of cold & snow.