Listen to our interview at AM580 with Colleen Wares! --  Read the history behind the Leland Report Book
Read the latest stories from the road by Jim Burnham
Report #7054 Photo: LR-10-08-22 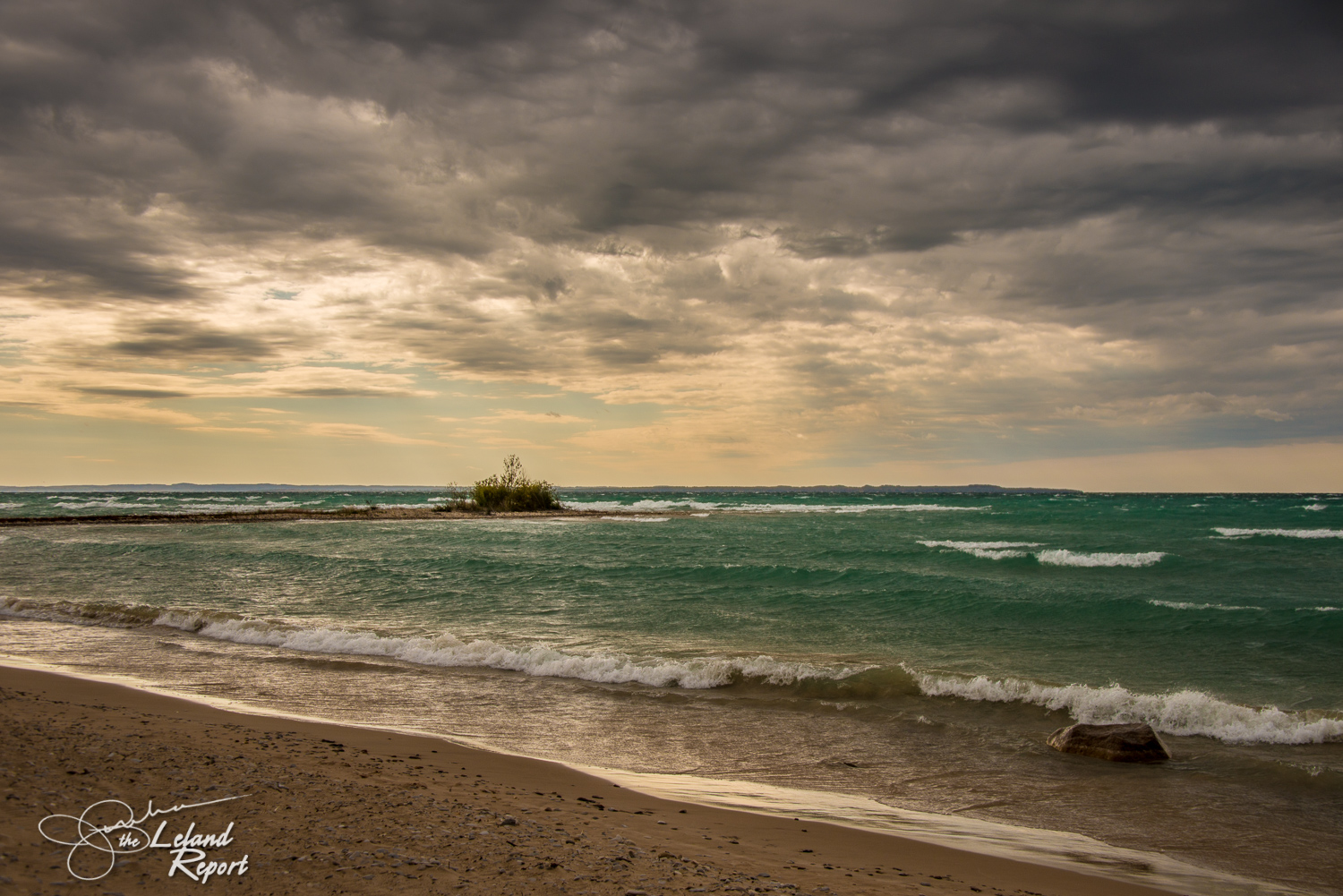 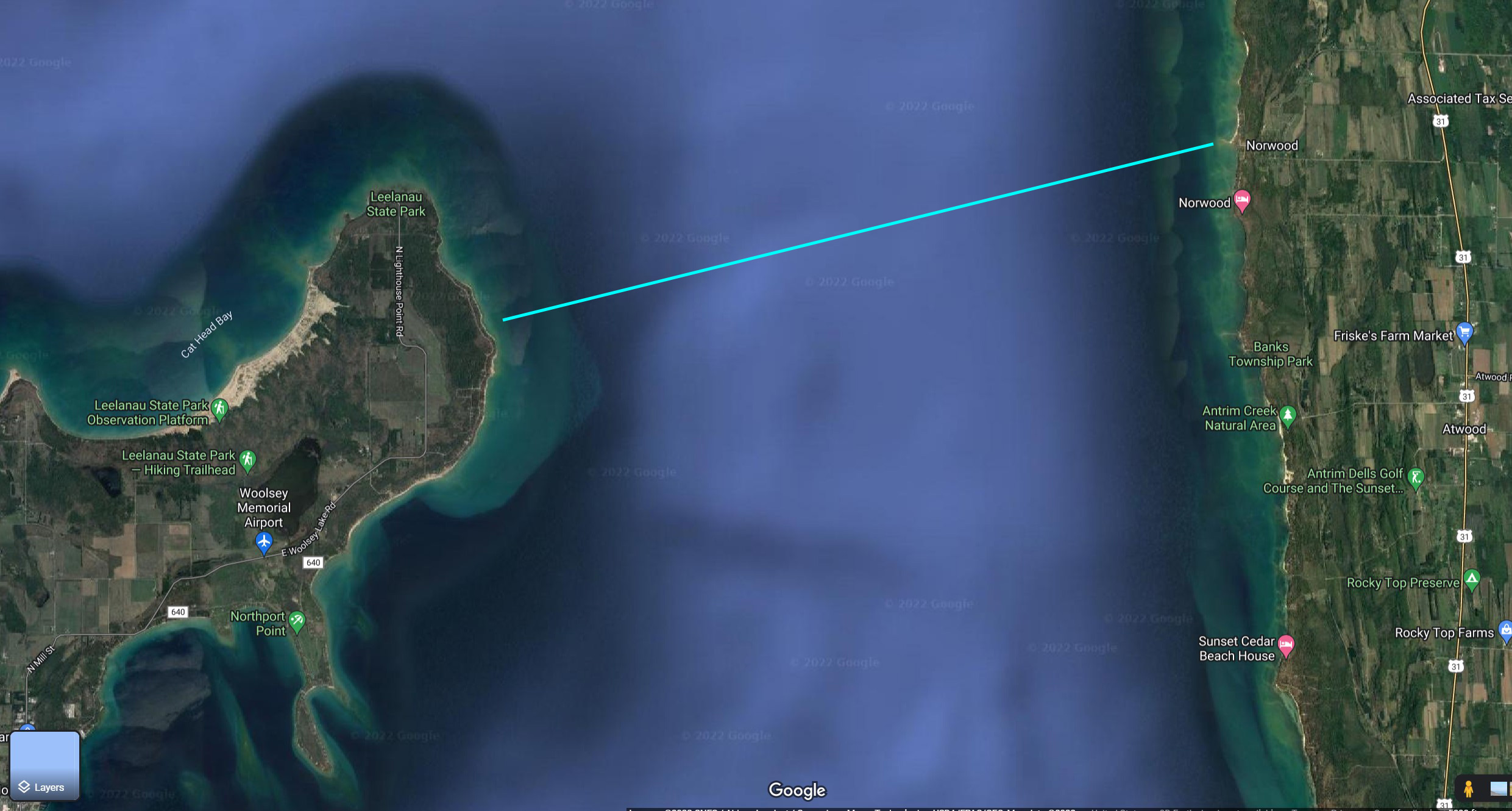 I’m back home in Illinois, but it was an eventful week. Reunited with old friends at Riverside Inn at the beginning of the trip and then at a memorial for Nick Sica on our way back. My sister “The Mar” came in from Oregon and reunited with an old friend and Leland Report follower Amy Evans Rullo at Tampico. 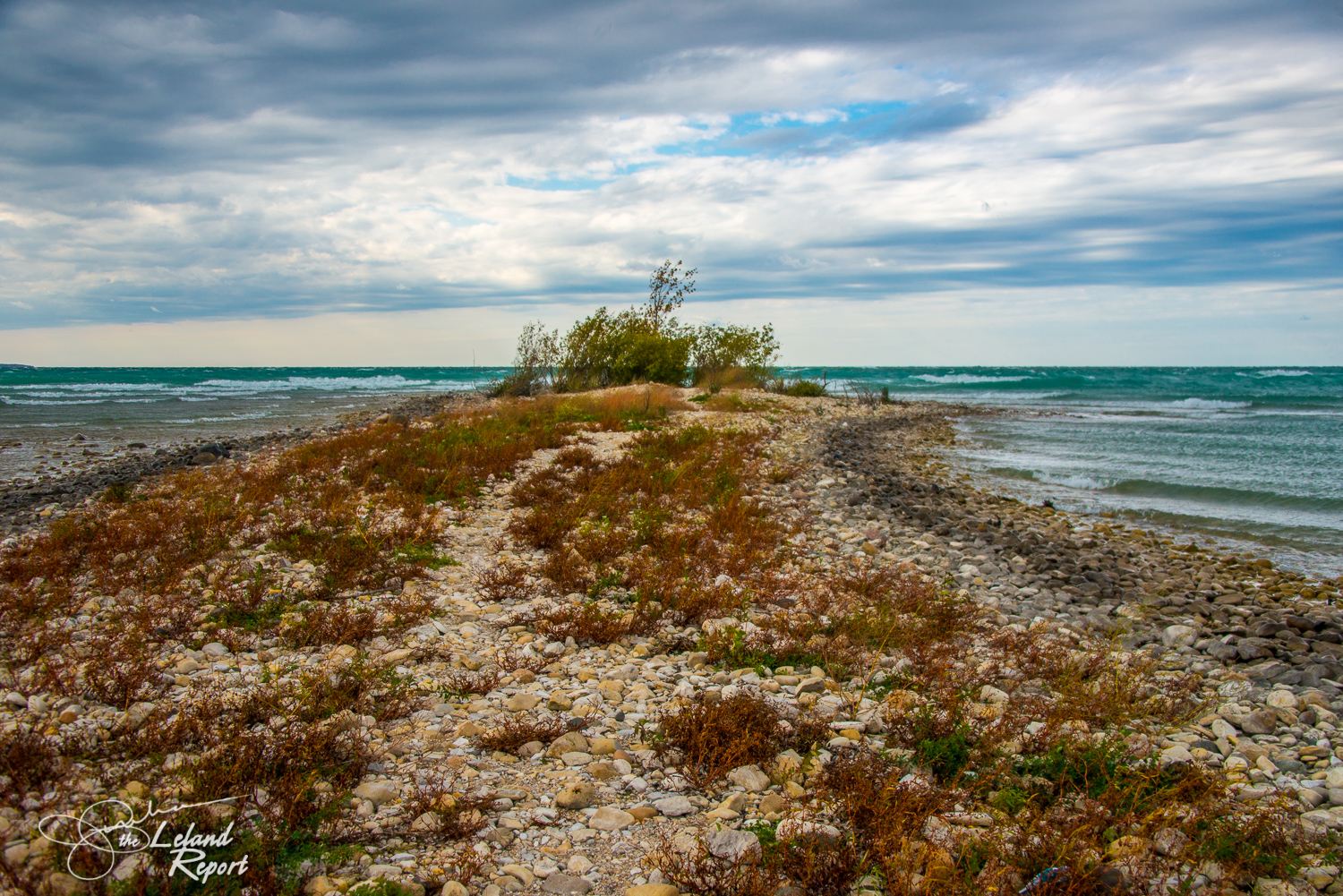 Deb and I took the UP route back to Chicago because the color was still at its peak and it was a much nicer drive than the one going South. But the color was not the most exciting thing. On a hunch, I followed a dirt road West off 31 into Norwood, MI where there was a small park on Lake Michigan. If you look West/SW, you’ll see Northport Point roughly 9.5 miles away (the main photos above). This is the first time I’ve seen Leelanau Peninsula from this angle. 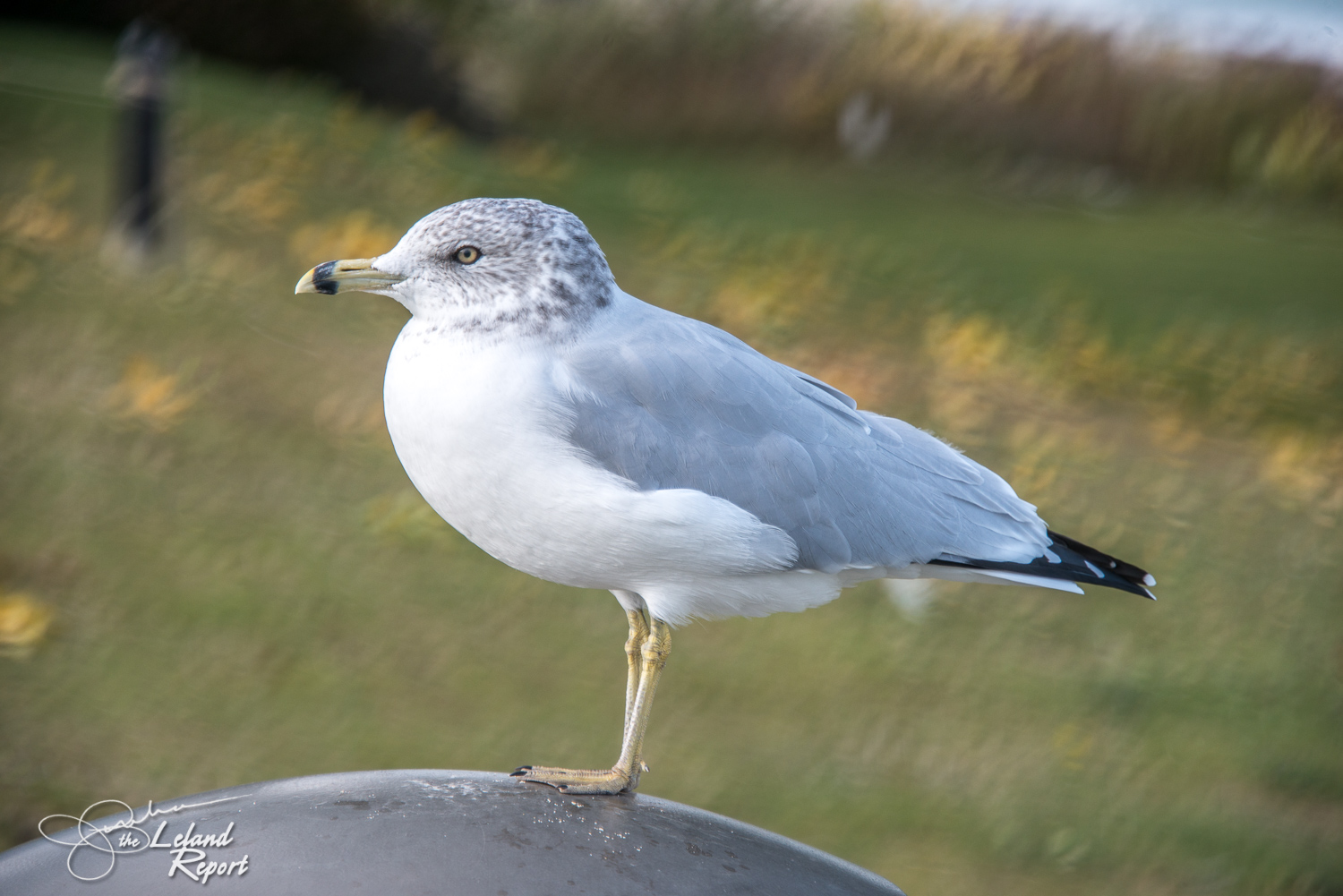 After taking a photo at the Mackinac Bridge of the stately gentleman above, we barely got to one color spot before sunset. From Hwy 2, I went North up 77 and followed a dirt road down 436 in the Seney National Wildlife Refuge. I finally caught some color at one of the canoe launches on the Manistique River. 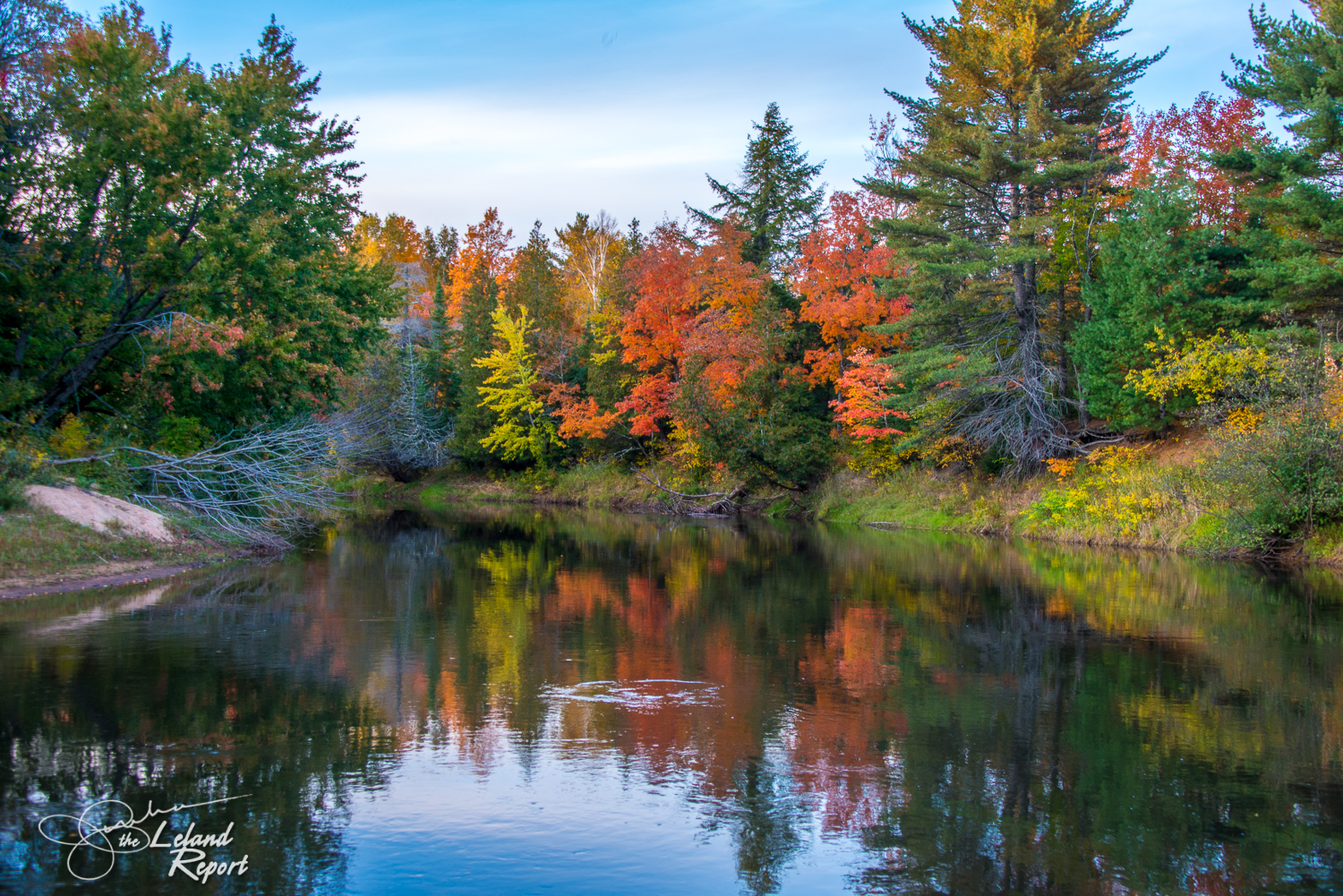