Listen to our interview at AM580 with Colleen Wares! --  Read the history behind the Leland Report Book
Read the latest stories from the road by Jim Burnham
Report #3958 Photo: LR5-7-14-2020 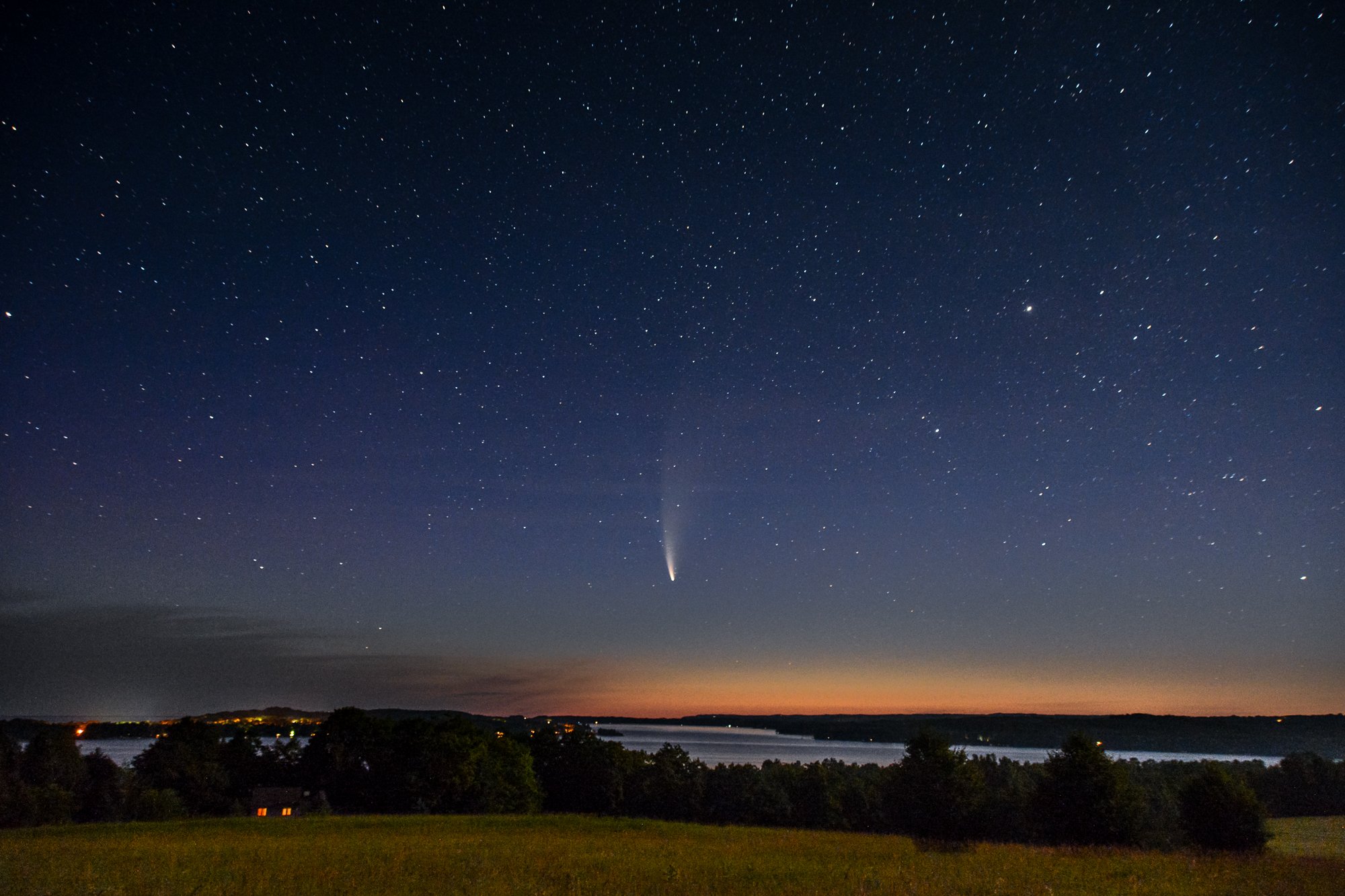 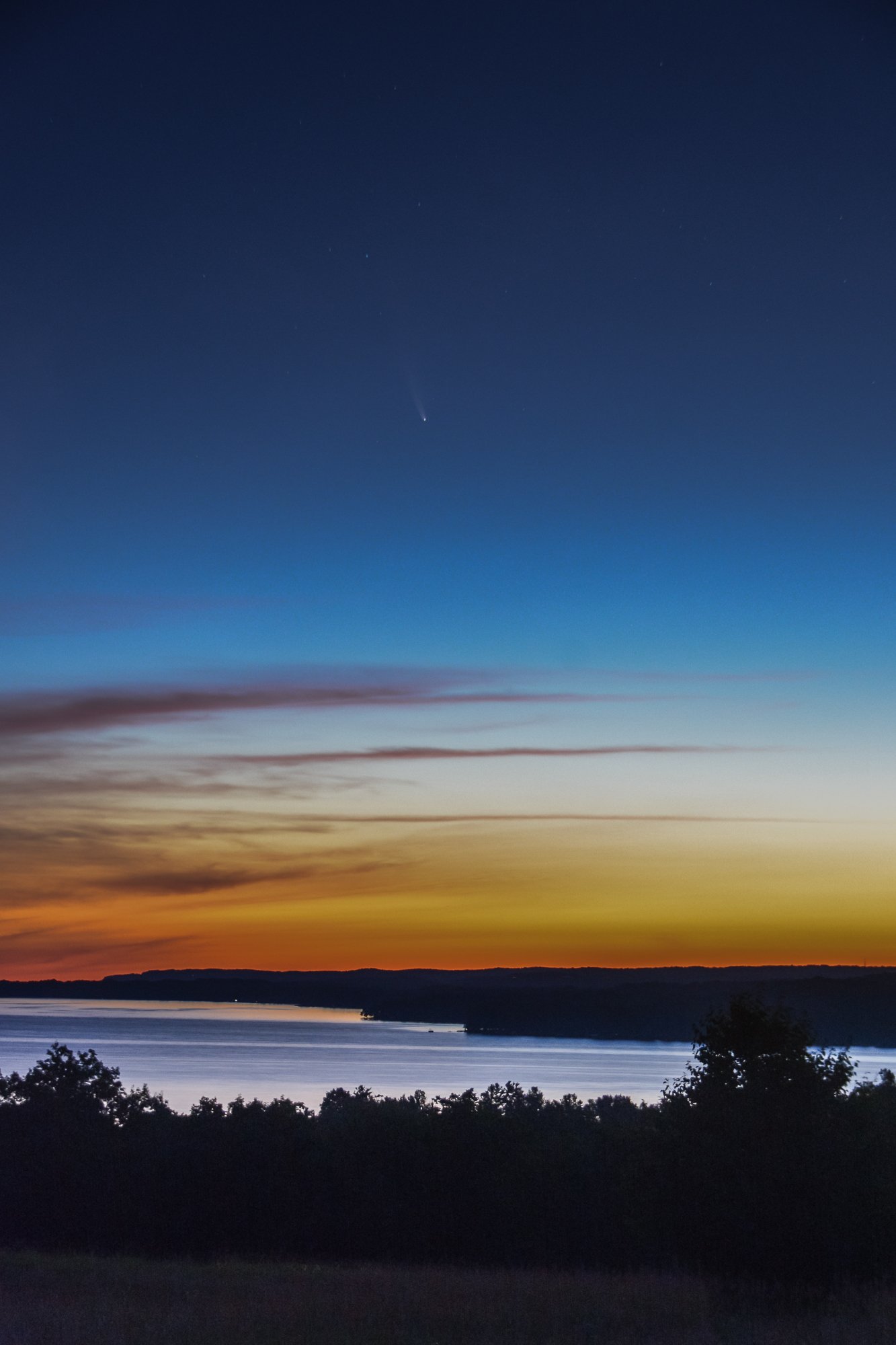 I’m camping with friends this week and working from “home”. Yesterday I found that raccoons took their coronavirus angst out on the side of my tent, dragging my cooler through a large hole in what was a nice tent. Then they daintily unzipped the cooler and enptied it out. You would think if they could open the cooler, they could have unzipped the tent. I would have preferred that.

This morning, having slept through an alarm I didn’t actually set, I made it out to photograph Neowise, the 6,000 year comet appearing in the Northwest late night into the pre-dawn. My original plan was to drive down to the dune climb and shoot from the top there, but having lost an hour, I went up to Bay Hill instead on the SW corner of Lake Leelanau, which has a nice panoramic view. You can also see the comet later before midnight, but it is much clearer and higher in the sky before the sun comes up. Bonus was the sunrise that followed. 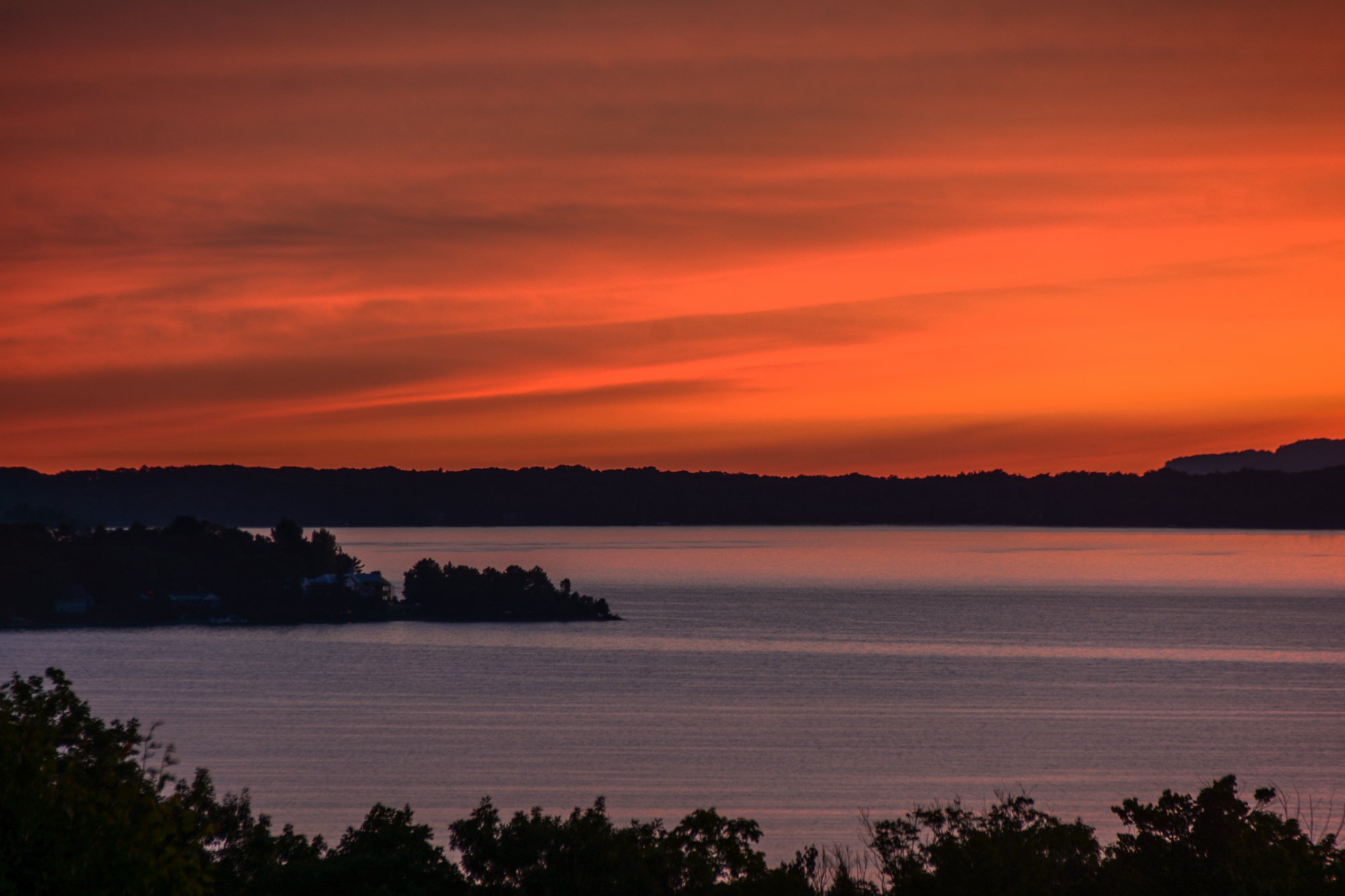 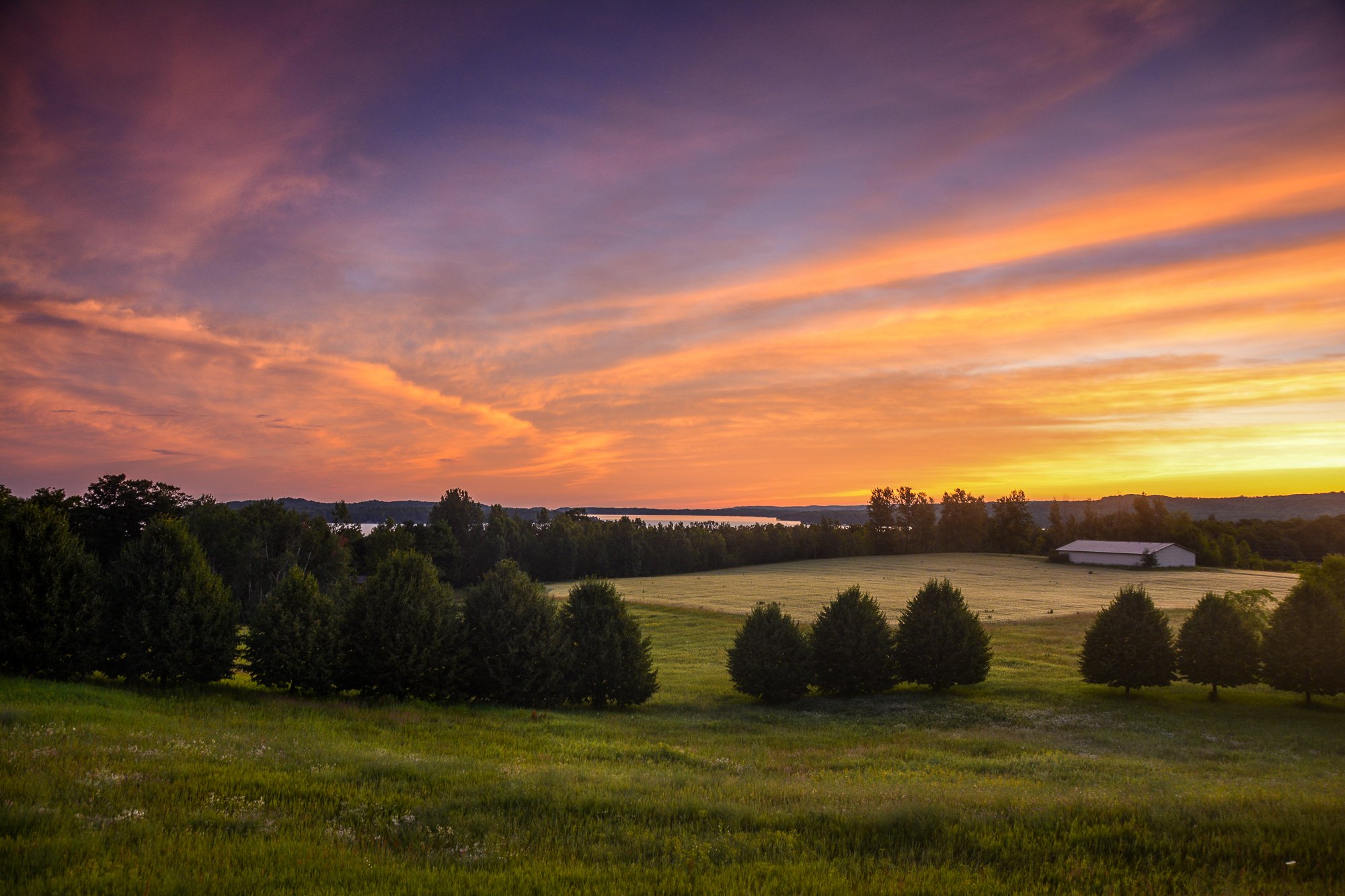