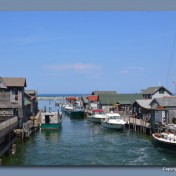 On June 22nd one of our favorite Leland couples celebrated their 75th wedding anniversary.  Bill and Mim have been Leland summer residents since 1947, when they rented the house behind Van’s Garage before moving in 1950 to their present home on north Lake Leelanau at the end of Grand Avenue. Bill and Mim Steel spent their last summer here in… Read more » 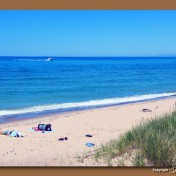 We were spared from severe weather yesterday as the storm split and went north and south of us.  A cloudy start this morning became a beautiful summer day. 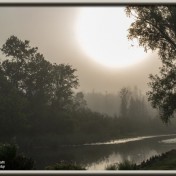 The Monday morning haze is melting away to reveal another perfect Leelanau morning. T’storms predicted for this afternoon, however. (Last photo) Jim and family hiked up Empire Bluffs Trail right before the rain moved in. These wild lilies dot the steep hillside 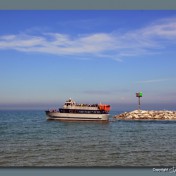 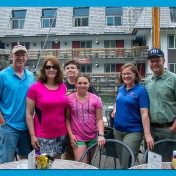 Test Caption Lots of people, cars bikes, motorcycles and a flyby, can Summer be far behind?

No doubt about it, Nels could host his own show.  He showed Master Chef Mario Batali that he too was a master of his trade.  We all knew that.  This morning on the dock a least a dozen fisherman were hauling in the bass.  No one went home with an empty cooler.

Mario Batali and Nels Carlson are featured on the ABC TV show “The Chew” at 1:00 pm,( CH 788 Charter) ” The Catch of the Day” Thursday June 18th. Fishtown’s “Catch of Today” this morning featured these young fisherman. 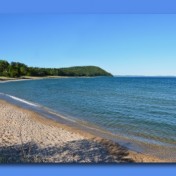 On a clear day you can see forever. 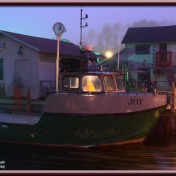