“Give me a man who says this one thing I do, and not those fifty things I dabble in.”
-Dwight L. Moody

Now, we cut to the meat of “me”. Because you can’t spell “meat” without “me”. (Or something like that). Part One was insight into why I am who I am. It was a whipsaw journey though my childhood and teens that glossed over the most important information in order to get a few laughs. Part two is no different. If you come away knowing any more about me than you already did, I did something wrong. That includes those that know everything about me and those that know nothing at all. You can ask questions at the end, but very few do. Either very few comment because of the quality of information I provide or it may be because you don’t know how to respond. That’s fine, it leaves me more time for other important tasks, like, maybe dyeing part of my head peacock green. Yes, I was going to do something weird when I turned 50, and I ended up just shaving my beard off. But it’s the thought that counts.

The town where driving through is half the fun, but finding where you are going and then getting out again is filled with expletives 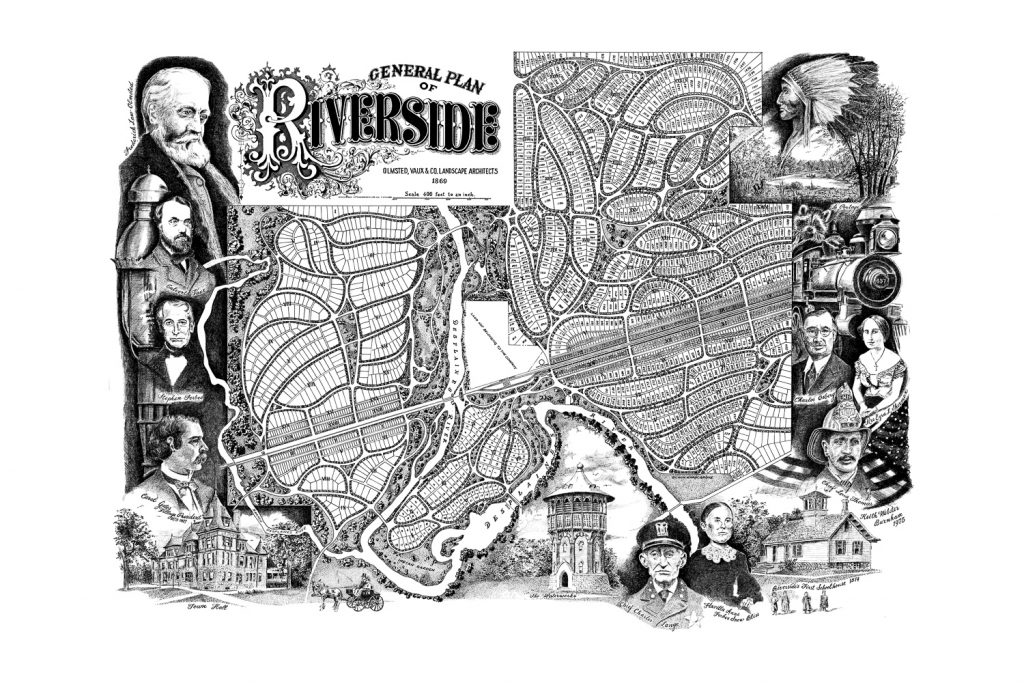 My Dad drew this pen and ink from the original plans of Riverside by Olmsted and Vaux. He added the historical portraits and made the fire chief look like himself (see photo below)., I think this still hangs in the village office.

Riverside, IL is where I learned that I was different from the other kids. Whereas my classmates were relatively normal kickball/foursquare players, I was “weird”. At least that’s what my best friend in 4th grade said when I showed up in my first pair of glasses. I should have questioned Dr. Pizer more after I saw an article on his wall reporting that he indeed had been the first person to prescribe a pair of glasses for a horse. My glasses and the horse’s glasses looked oddly similar: Dark tortoise-shell brown horn rims that used to catch on door frames as I walked by. 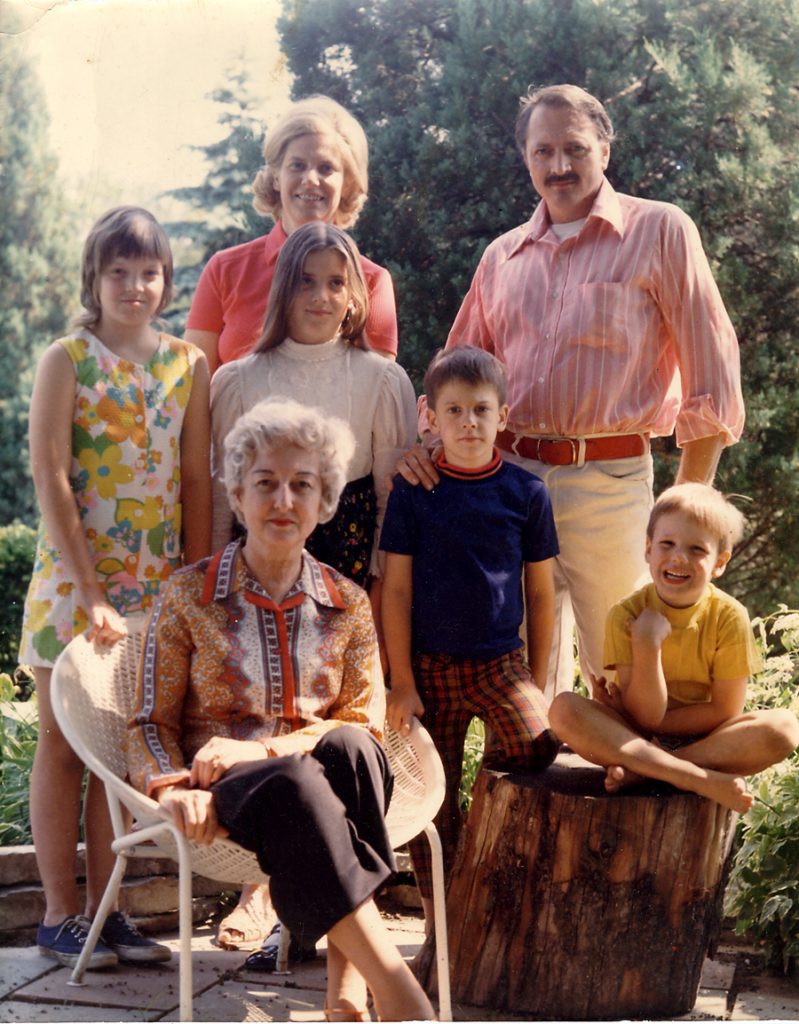 I think my Mom and I were the only ones smiling. My Dad might have been smiling, but the caterpillar on his lip was fairly heavy, so it’s hard to tell. My one sister is smirking and the other smugly looks anywhere but at the camera. My brother looks like someone tricked into wearing those pants. My Grandmother is simply vogue. I had no shoes, probably a concession to buy my cooperation.

At a minimum, I was different,
at most, peculiar.

Now that I think back, most of the pairs of glasses in his shop resembled the ones hipsters wear today to look “retro”. This is why NONE of the photos from the last article show me with these glasses. At least I get to say I wore them BEFORE they were cool. I also sometimes rode a unicycle to school. This was one of my very proud moments because I had seen some guys playing basketball on unicycles and I HAD to figure it out. I’m not sure what I was going to do with that skill, but I can still ride. As they say, it’s like riding a bike (but with one wheel!). I also delivered newspapers on roller skates. At a minimum, I was different, at most, peculiar. 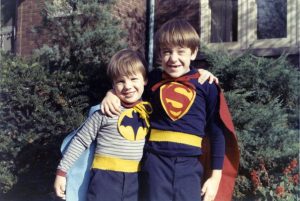 And, I was Batman. 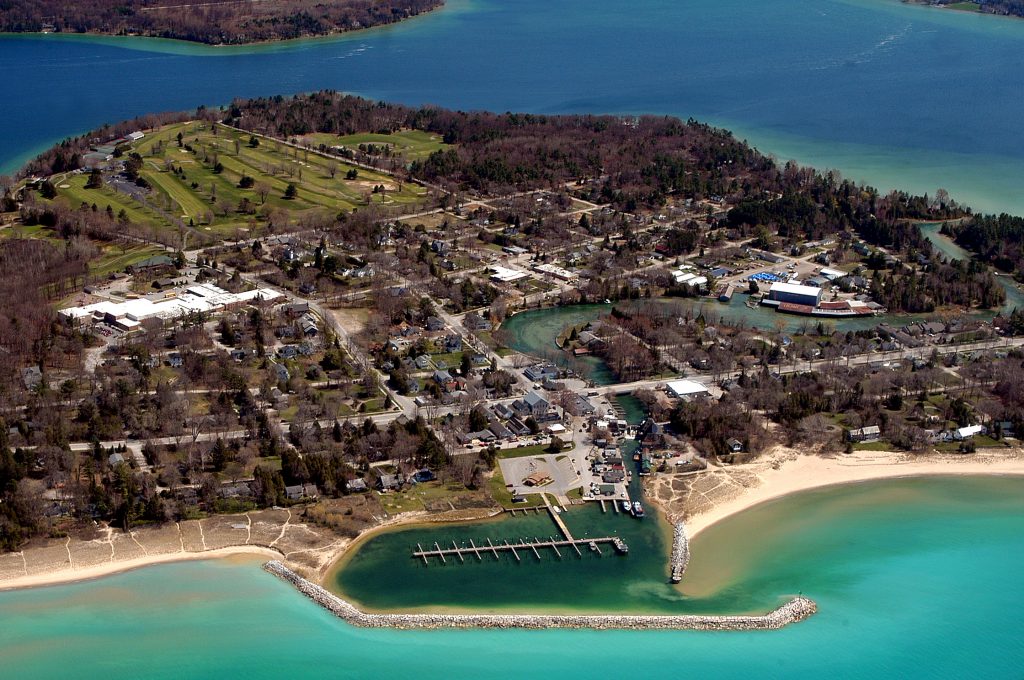 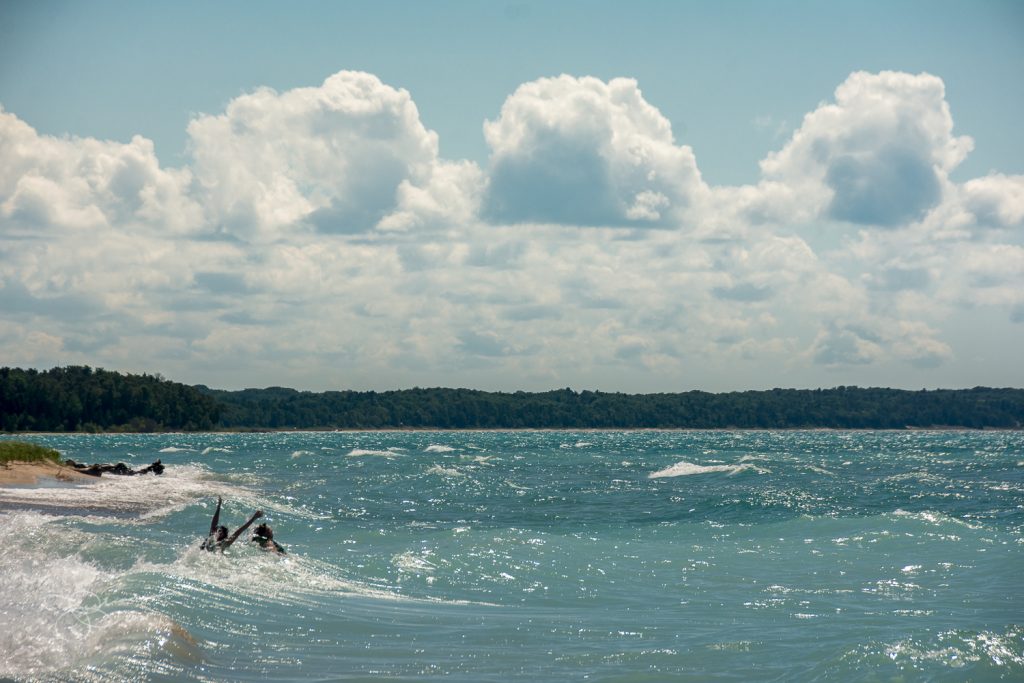 My alter-ego would pack a army duffle bag in May to make a trek up to Leland, MI for the Summer. Nestled in the heavily forested center of Leelanau County, the “little pinky” of lower Michigan, 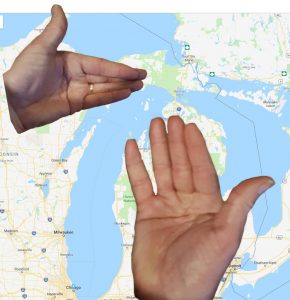 this place is so special that it was the very first thing I learned to take it for granted at an early age. It was Summer camp without the nerdy teen counselors. Actually, I did have nerdy teen counselors, but they were my brother and two sisters. And we did everything normal kids do at camp. We sailed, hiked, swam, fished, ate chicken on Sundays, water skied, had beach fires and hosted keg parties, drove unregistered v8 dirt track racers around the back roads and repelled off old fire towers and sand cliffs. Mom/Dad, this all falls under the “Don’t Ask/Don’t Tell” policy of having adult children. But, I know you know more than you let on. 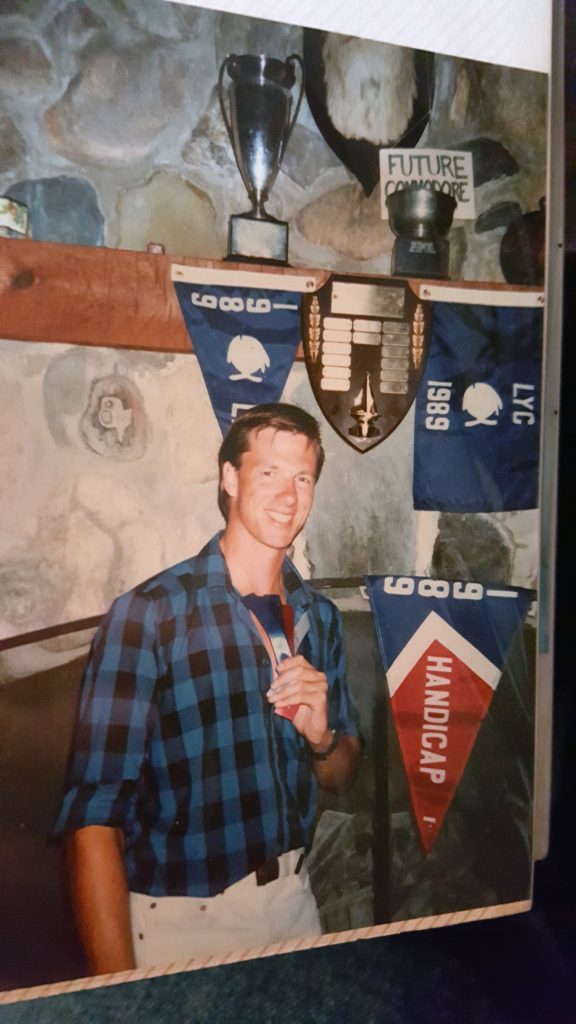 I was a fleet champion Sunfish sailor as well. My Mom taught me to sail and I raced alone from age 13-20. If you asked me if there was one thing I regretted giving up, that would be sailing races. I don’t get out and sail that often, but I will eventually. This was all part of races put on by the Leland Yacht Club. Now, you might think “Hey, Jim’s a pretentious snob because he belongs to a Yacht Club (and has a great tan)”. Well, you could not be more wrong! I do not need to be a member of a yacht club to be a pretentious snob or have a great tan. And, if the photos from that year are any judge, I am a freckle away from serious Squamous Cell Carcinoma. Back then, SPF 4 was my weapon of choice. Just like at the time the 64k Atari Commodore was all the processing power anyone needed. 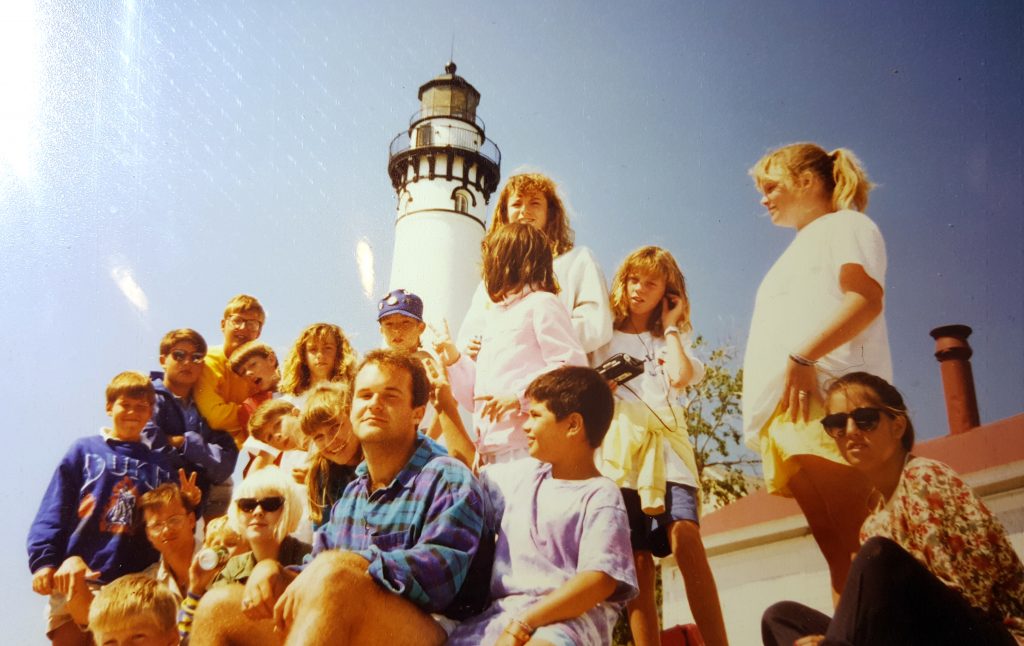 I taught sailing with the dude in the plaid shirt for three years (Steve Bachmeyer, looking as enthusiastic as ever having to babysit 15 children on a remote island for a day). I’m in the lower left with the bunny ears by one of the delinquent Sutton children. When we were students in sailing school, we made the trip there as well. So thanks, David Workum or Linda Lindquist (I don’t exactly remember who our teachers were back then)!

If you recognize yourself in this photo, give me a shout out in the comments. Linda Lindquist, who is still a friend of the family, went on to sail on the first all women’s team to complete the America’s Cup. You can read more about Linda here.

But these articles are here to focus on how everything came together to lead me into the rabbit hole of photography. I was never interested in photography more that at a disconnected “record my life” level up to my mid 20s. As many of my friends can attest on their birthdays, I possess more that enough embarrassing photos of them as teens. I always had a camera, but I never saw that as out of the ordinary. 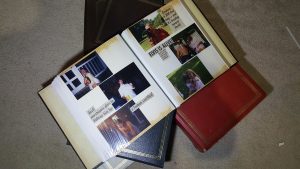 I never looked at myself as “the kid with the camera”. It just seemed natural. My Dad always had a camera. It’s what we did. I spent countless days in the darkroom waiting for the lights to go off to see the glow-in-the-dark tape light up. I took pictures as I experienced life, never having any particular goal or vision. I preferred the goofy poses of my friends over the grand landscapes and pretty sunsets. But my camera sucked, and I had no practical skills, so I was pretty limited in my subject matter. If something recognizable showed up on the print, I was good with it.

If I experienced an awakening, it was during a full moon over Lake Leelanau. Night is always very dark up there. We can see the dull glow of Traverse City to the South, but mostly the sky is swimming with stars and the Milky Way is very visible. Walking down a dark path was only navigable by looking up. If you stopped seeing stars, you were heading toward the forest and the poison ivy. But, when the moon was out, everything was visible, you have a shadow, you can see everything. I had a cheap automatic camera at the time and pointing it toward the moon, I took a picture of the lake expecting that when printed, I would be looking at a black photo with a white spot in the sky. But instead, the lab sent back this. 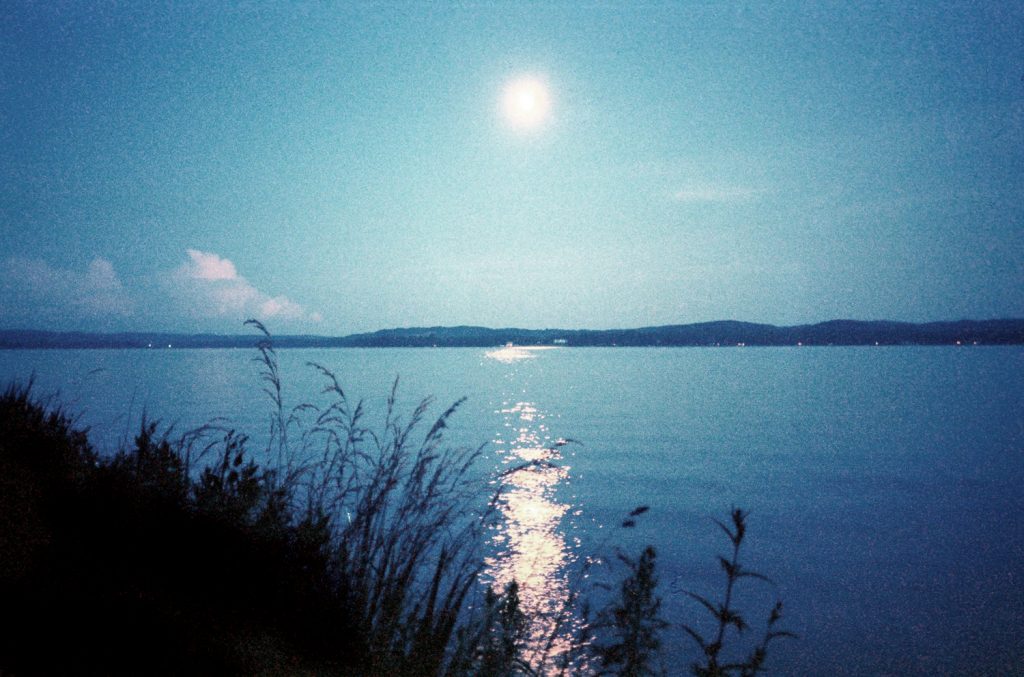 This was the point where the light went on in my head and I realized there was some potential for bigger and better things. I took a photo, handheld with an automatic camera and even though I’ve sure the lab fiddled with the exposure quite a bit, I considered it very…”painterly”. It stayed in the back of my mind for many years as I continued with my modus operandi through my college years. But, this was the “monkey monolith” of my life. If you don’t know what that is, be happy, you are not a sci-fi nerd. See this.

I majored in Systems Analysis, which is the same as Computer Science but without the free pocket protector and math skills.

If there was one photo that defined my time at the University of Dayton, it was this one. This is the only one I will post because the rest are fairly similar. 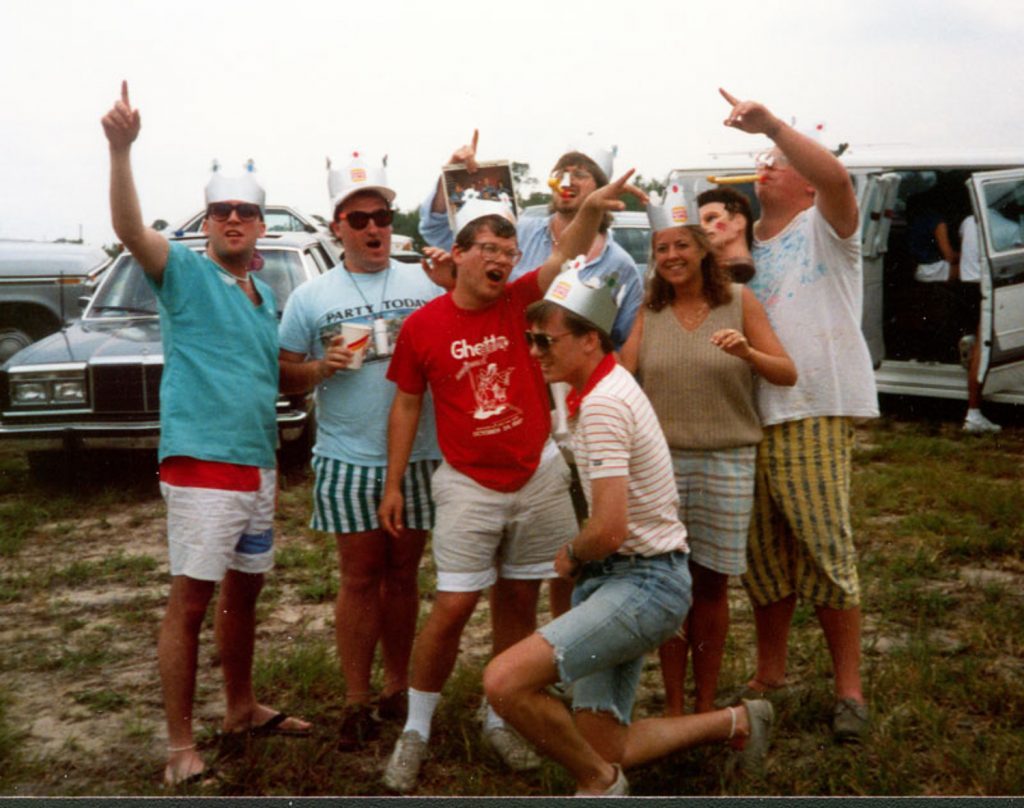 We were in Daytona Beach for Spring Break after my Junior year. The Space Shuttle Atlantis took off from Kennedy Space Center on May 4, 1989. We stopped at Burger King on the way down to see it. I don’t think I need to explain anything else, do I? I’m pretty sure my pose was mocking body builders. But look at those calves. If nothing else, I had wicked calves.

I got to dabble in many different things while in college. I majored in Systems Analysis, which is the same as Computer Science but without the free pocket protector and math skills. I worked on my songwriting. I got to watch all episodes of Magnum PI while laid up in bed with strep throat my first few weeks of Sophomore year. Well, I really can’t count that as a skill, but I did enjoy it more while on Vicodin. I almost did not get my diploma as there was a small fire set on the porch at our university owned house the night Dayton beat the University of Illinois during March Madness. As university security approached, I attempted to put out this fire of newspaper and phonebooks with my 12″ Chuck Taylors. Though my size 12 feet were plenty big to stamp it out, I rarely wore socks, so the four small air holes on the sides resulted in four tiny round 3rd degree burns on my feet. But, I did get my diploma after all, so that was cool. But… 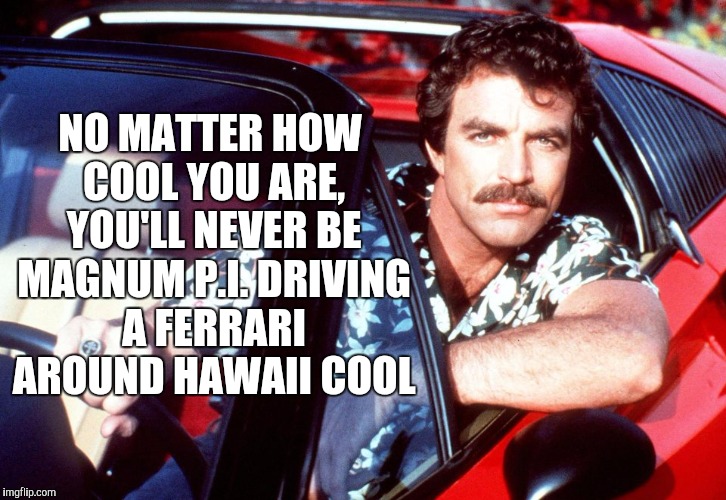 Next: Marriage, a truckload of baby pics, the switch to digital and a hobby takes on new life

(Update: Due to an unfortunate divorce in 2018, there will be no Part 3, at least not any time soon. This is TLDR; anyway)