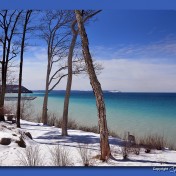 Another one of those in-between clippers day. That beautiful blue sky is clouding up in preparation of another clipper system on it’s way.  In spite of the cold, the sun is high enough to melt the last snow preparing it for the next… irritating.  The TV weather persons show warming a couple of days away, never tomorrow, always couple… Read more » 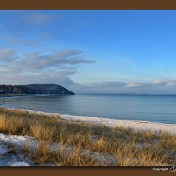 A nice quiet morning with a lot of blue in the sky and hardly a ripple on Big Blue.  A lot of conversation and speculation about a weather system sweeping from the Southwest with heavy wet snow tomorrow night.  They think it will hit the southeastern upper half of the lower peninsula, another model suggests that it will hit the… Read more » 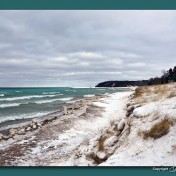 Nothing much happening around town today.  The weather people say that there will be sunshine… someplace, but not here yet.  In fact, at the moment there are snowflakes in the air.  In the forecast… warming for a couple of days with possible rain drops. And then, of course, falling temperatures. The Leland Report Book is going to happen! 120 Pages… Read more » 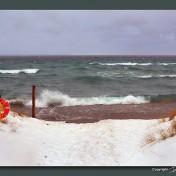 We were waiting for the Clipper to arrive at around 7 pm last night with 1 to 3 inches of new snow.  It did arrive, but with drizzle and was on it’s way east 45 minutes later.  35 degrees at get-up and breezy.  Upper 30’s and 40’s predicted for the weekend which is needed to get rid of a lot of… Read more » 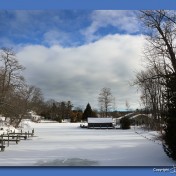 The sunshine was greeted with smiles, but only lasted for a half day and the clouds returned.  The best thing about it was… no snow.  I’m tired of moving snow around.  Just think, only 2 more months of winter.       Sad News Dept. Received news of the passing of Diana Silvius Gits, pictured below many Leland summers ago.  Was… Read more » 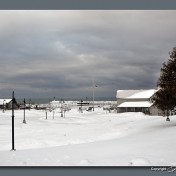 Another day, another day with snowflakes.  No accumulation, just flaking.  Fantastic sunset last night with the hope of more sunshine today, but… it’s flaking out.  Just kidding, it’s actually not that bad out, no wind and not that cold.  The southeast and east coast are in store for a massive blizzard with projections of two to three feet of snow.  19 states… Read more »