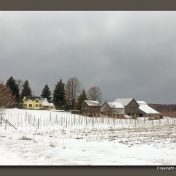 Our Sunday began with a broken sky sunrise and a new inch of snow cover. Sunshine at noon gave way to clouds in the afternoon. 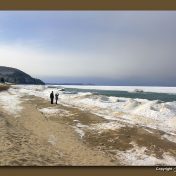 Our Saturday began under a cloudy sky and began to blue around noon.  Many out-of-towners here to visit the winter beauty of Fishtown and North & South Beaches. 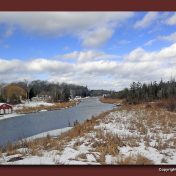 Our day began with clearing in the west. We are saddened to report the passing of Amy (Mimi) Chatfield, 96 years young.  The “Queen of Leland”  will be dearly missed. 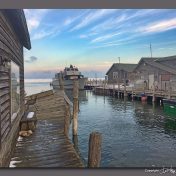 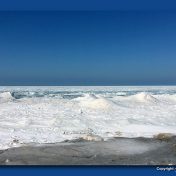 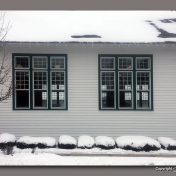 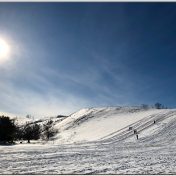 Blue skies today, though it was a mere 18 degrees at sun-up. Today’s photographs are from Saturday, when JP and I went to Empire and watched as icebergs drifted by with the current, far out in the lake beyond the shoreline ice. We also checked out the Dune Climb, where a handful of people were taking advantage of the great conditions…. Read more » 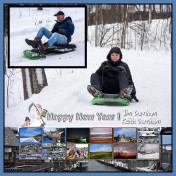 Wishing everyone in the Leland Report world a happy and healthy 2016! Be safe tonight. See you next year.  Click here to enter the 2016 Snow Gauge contest! Win a custom Leif Spork tile!