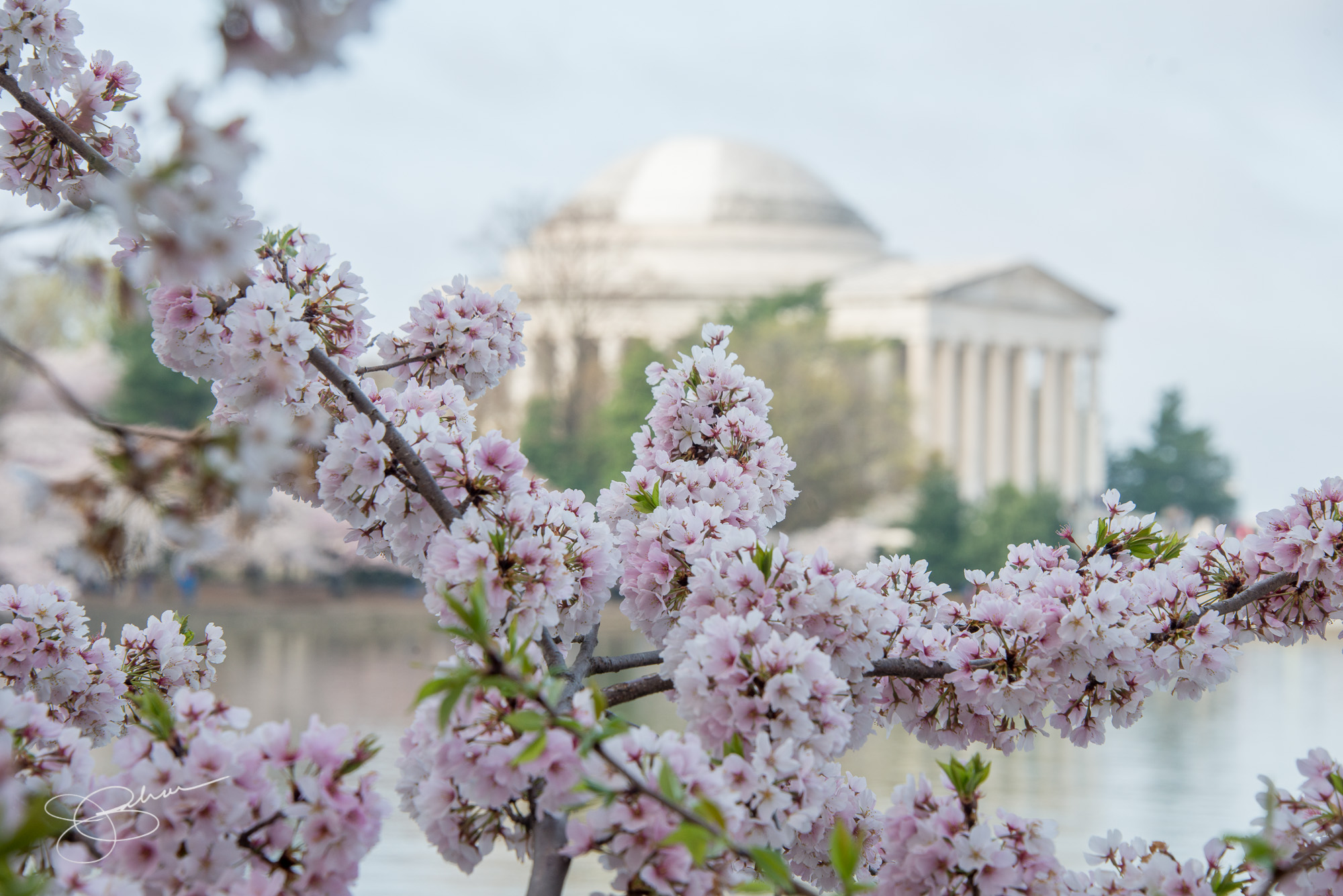 “I had rather be shut up in a very modest cottage with my books, my family and a few old friends, dining on simple bacon, and letting the world roll on as it liked, than to occupy the most splendid post, which any human power can give.”
— Thomas Jefferson

Recently, I had a unique opportunity to do two completely incongruous things, a single day photographing the Sakura Cherry Trees in the Tidal Basin in Washington DC and a couple abandoned houses in rural Virginia. One day with both too many people and none at all and why I sometimes prefer the latter.

The Sakura Cherry Trees that line the Tidal Basin in Washington DC were a gift from Japan in 1912. 3020 trees were sent and the first two were planted on the north bank by the First Lady Helen Taft and Viscountess Chinda, wife of the Japanese Ambassador. Those trees still exist today. If you get there at the right time of year (first week of April on average), you’ll see a beautiful path of white and pink blossoms extending all the way around the 2.1 mile perimeter. In addition are the various historical monuments, Jefferson and Washington in particular, peeking through at various stages. 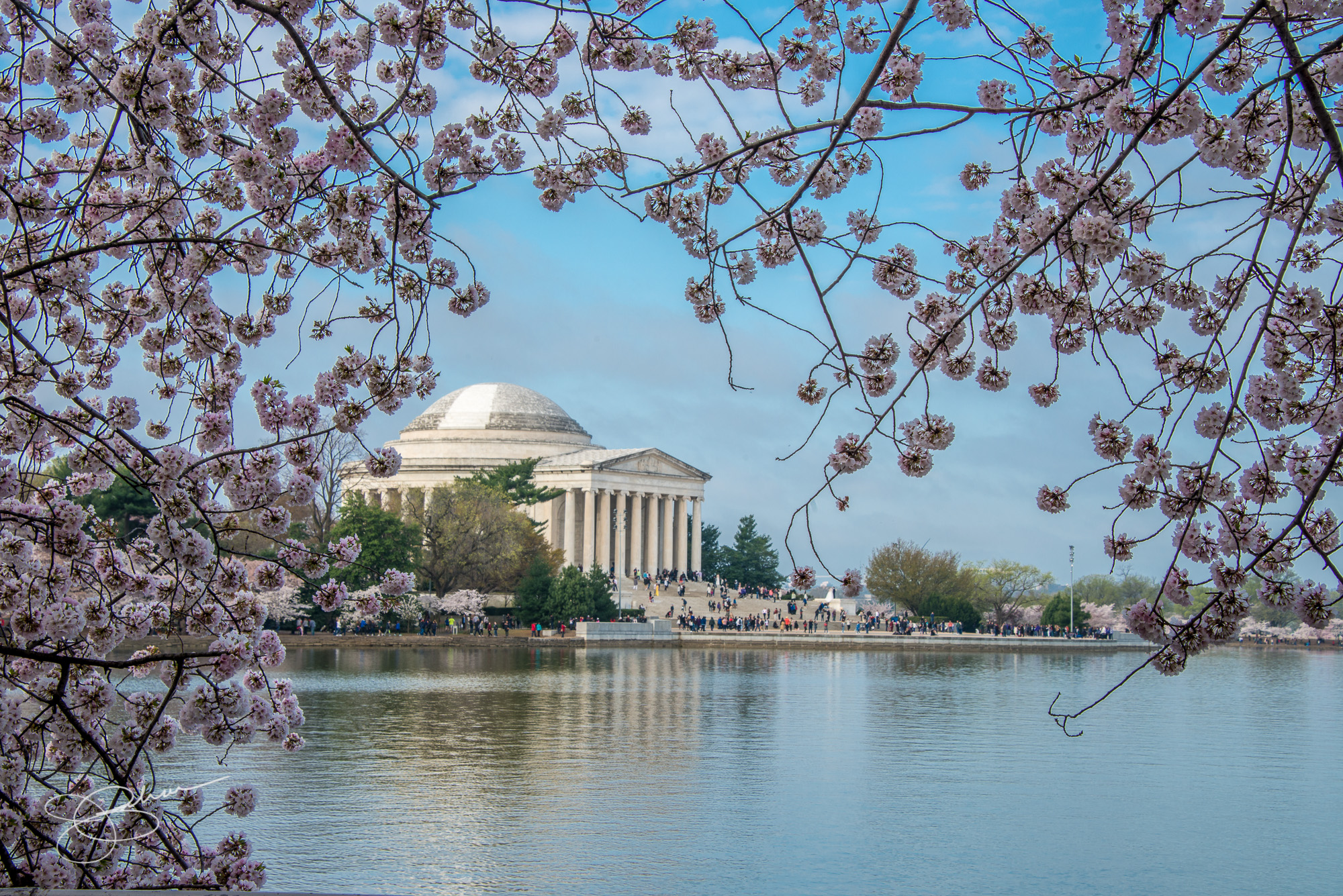 You’ll also see people. Lots of people. You might at some point wonder how there could be so many people on earth in one place and imagine huge cities all over devoid of people because they all chose to come to see the blossoms that week. 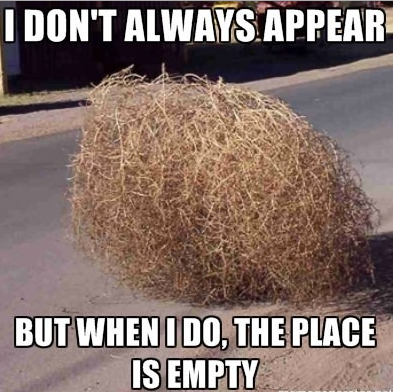 Paths were useless, muddy routes around selfie obsessed tourists were a necessity. And that was just at sunrise. Add every portrait photographer in DC with their clients and it became another Woodstock. Without the music. 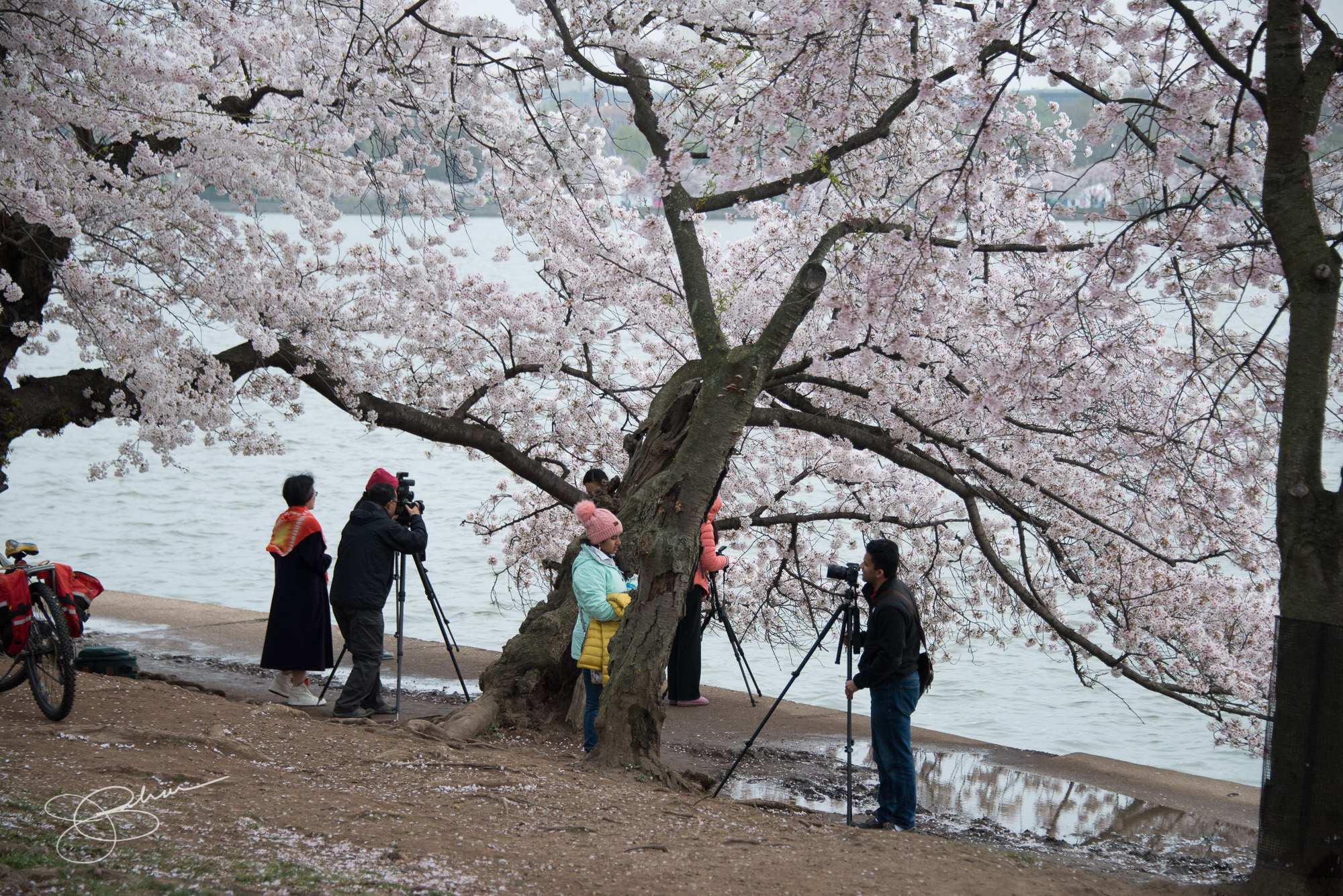 Like the Hubble Telescope “Deep Field” image of galaxies in one small part of the night sky, this shot is an example of what dotted the path around the 2.1 mile perimeter of the Tidal Basin, and this was before sunrise. By 10am there was standing room only.

I rented a CapitalShare bike from Union Station for the day to get down to the Tidal Basin. These bikes are great, there similar ones in Chicago and really come in handy because in these places you don’t want to be driving around. 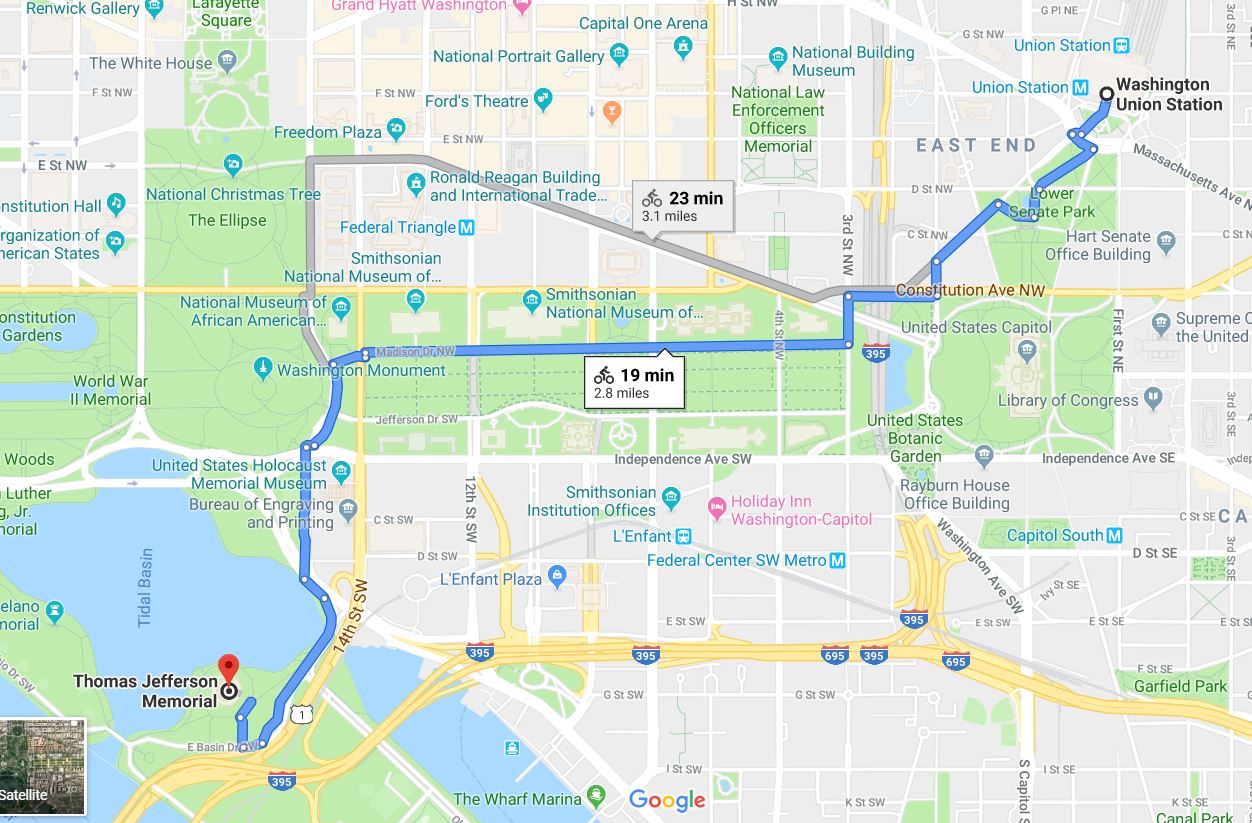 If you come to the Sakura Trees thinking you are going to get some shots without people, you will be disappointed. Don’t go with that in mind, just look for opportunities. It is not possible to avoid people, unless getting people in the shot is what you are after, you can always find shots without. Just look up. 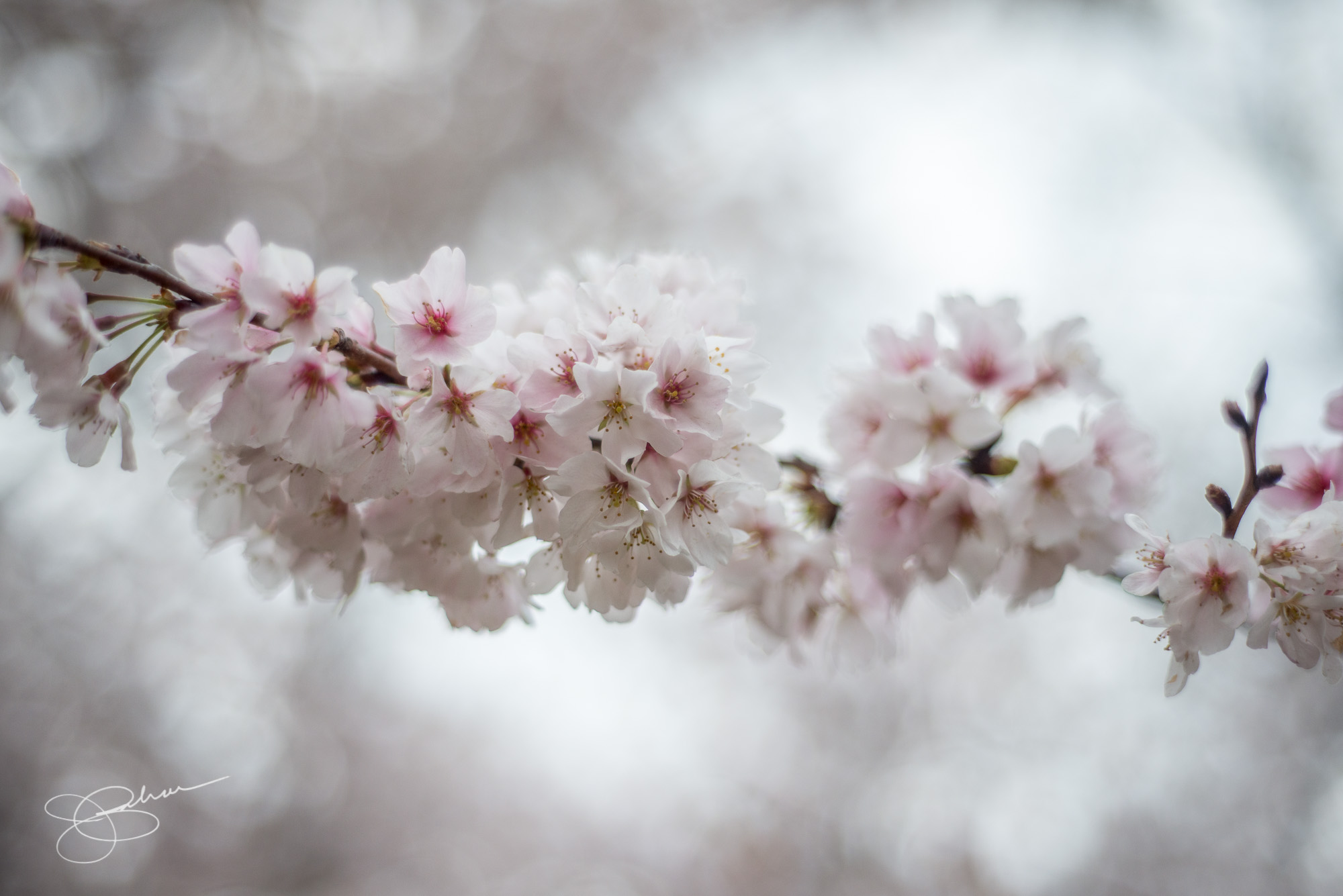 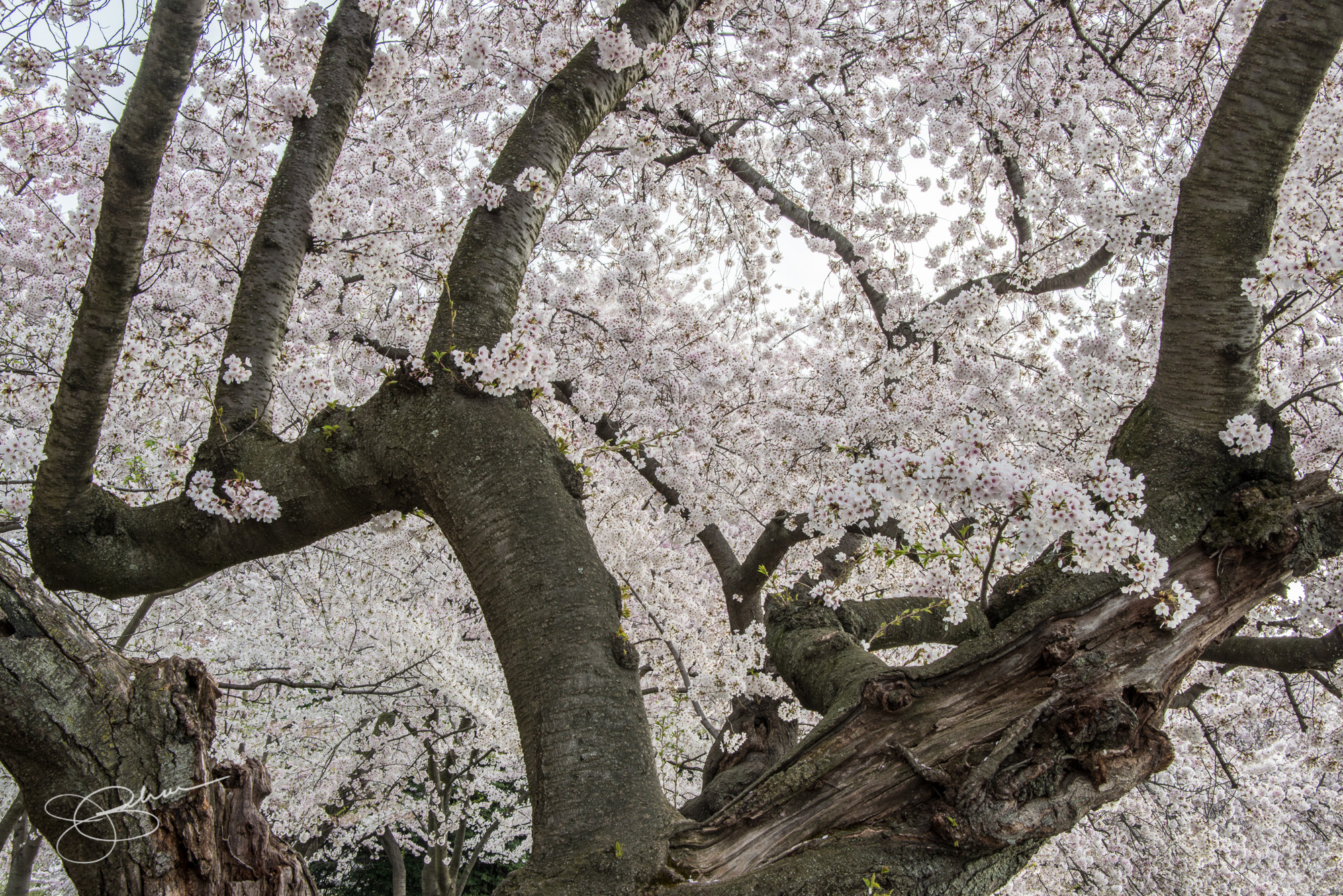 Despite the sheep number of photographers (oh, I’m sorry, I meant “sheer”, sorry 😉 ), myself included, down there at sunrise (you could tell where the choice spots were based on the size of the gaggle that gathered), I still found some interesting compositions. As it was cloudy and the light was not good, I took a ride around the 2 mile perimeter to see what I could find. But when I stopped, I stood wondering “Was this really all it was cracked up to be?”. I like being places that are not overtly popular for photographers, looking for shots that would otherwise go unseen. But this was necessary. I’ve “been there, done that” now. 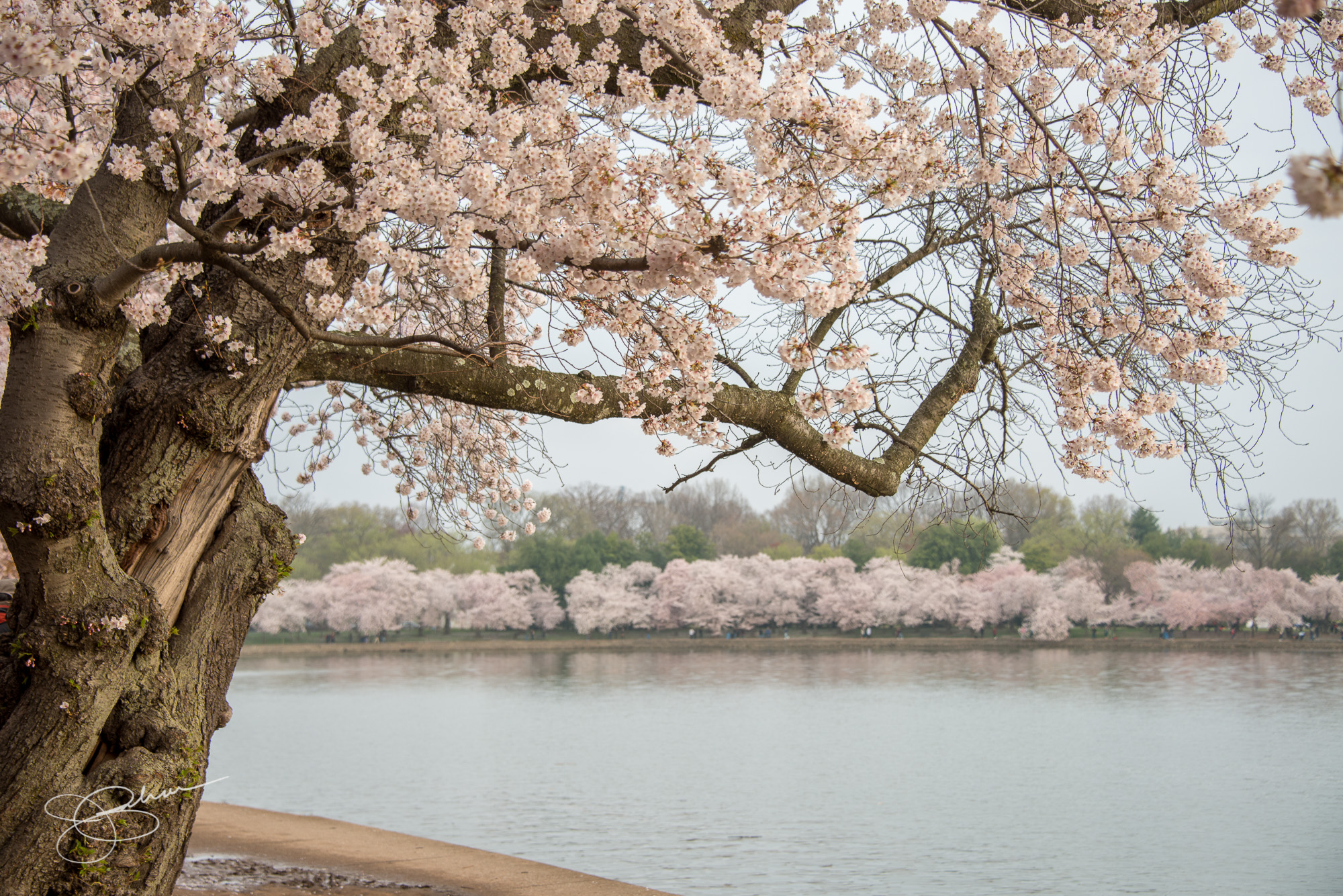 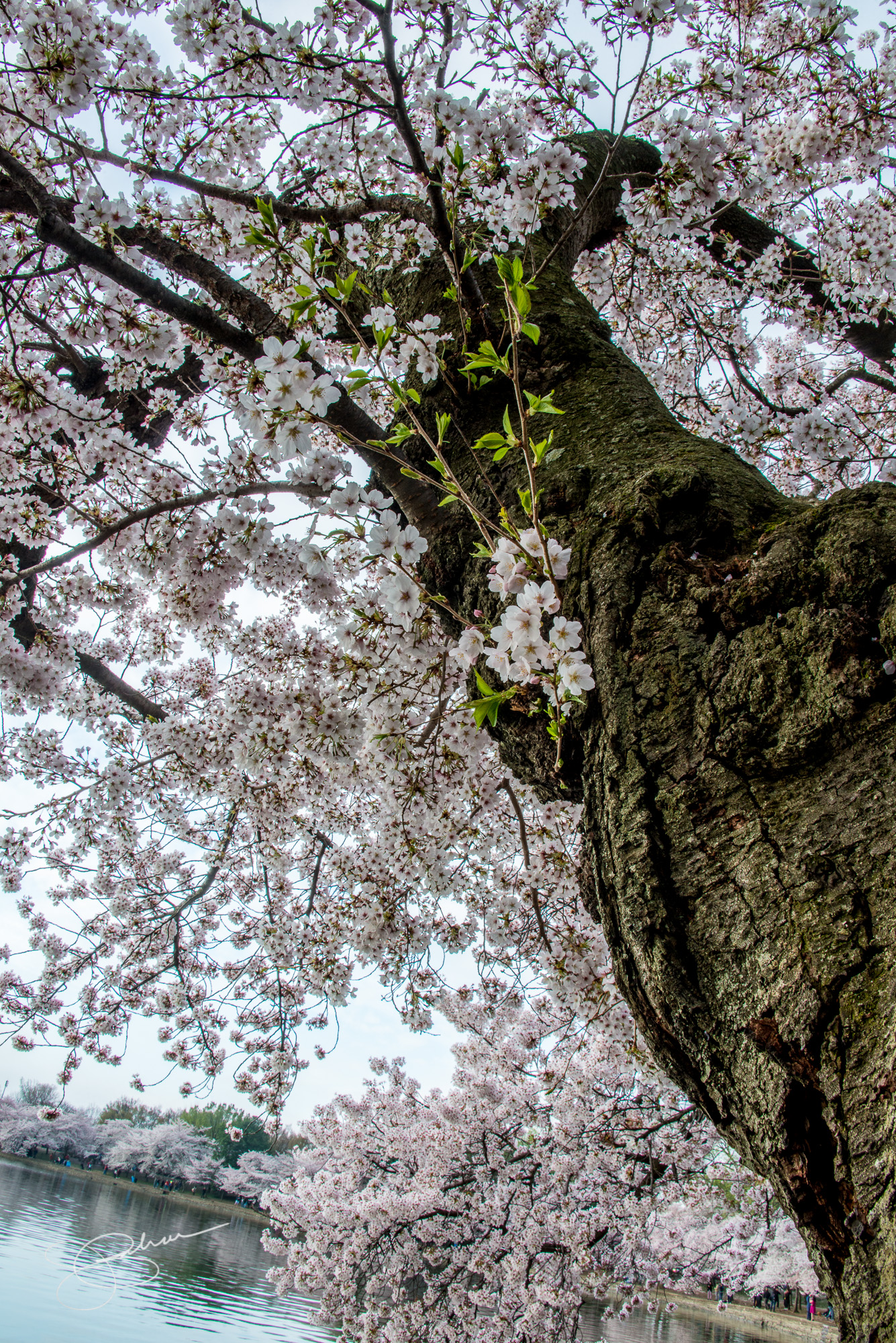 I think I got some good shots, but not any different than the thousands of scores of photographers that came in the 100 years before me. Out of all the photos I took, there are a total of three that I find unique and in my own vision. It is a sight to behold, for sure, and I don’t want to say it is not something you want to see for yourself. Please do go and enjoy. At one point, I just stood and watched. 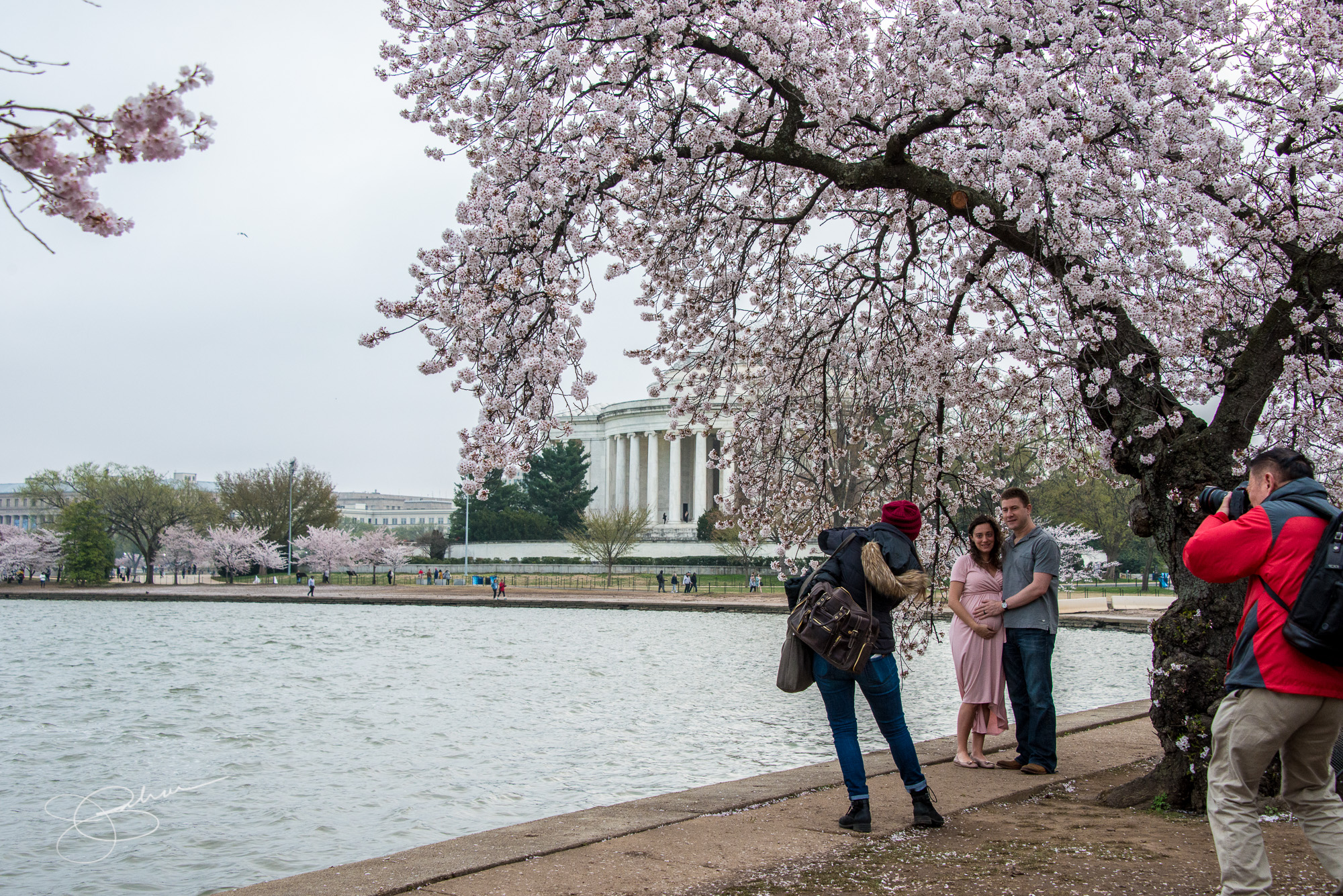 But, Jim, didn’t you go to any of the other places in DC?

Um, no. But here is a gratuitous shot of the Capitol Building anyway. I would have stayed longer, but I felt the life force being sucked out of me the closer I got. 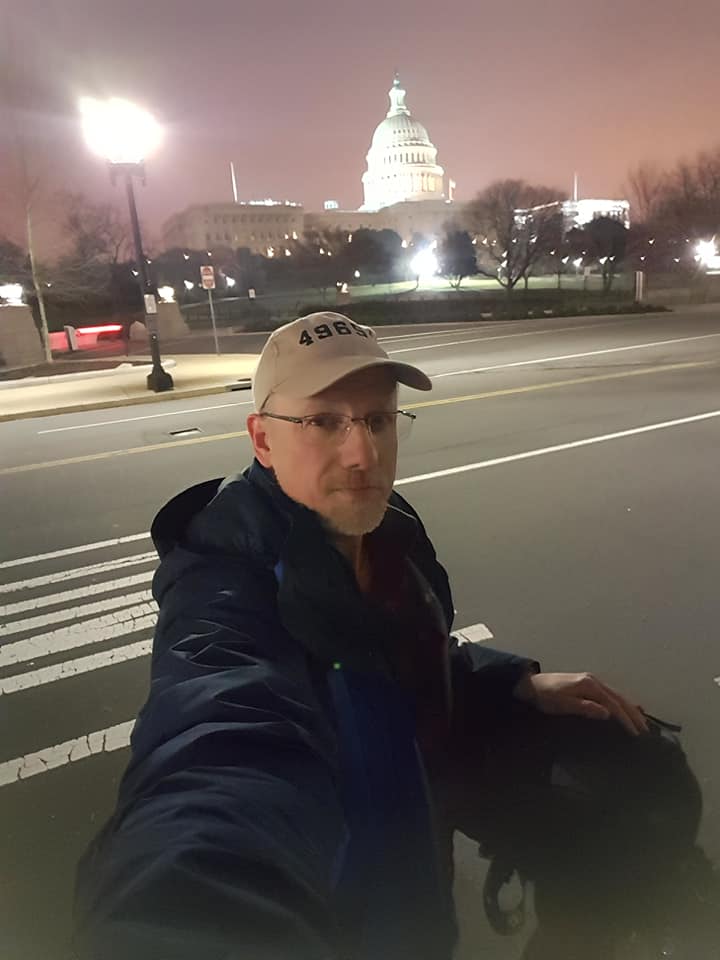 But this was only half the trip. 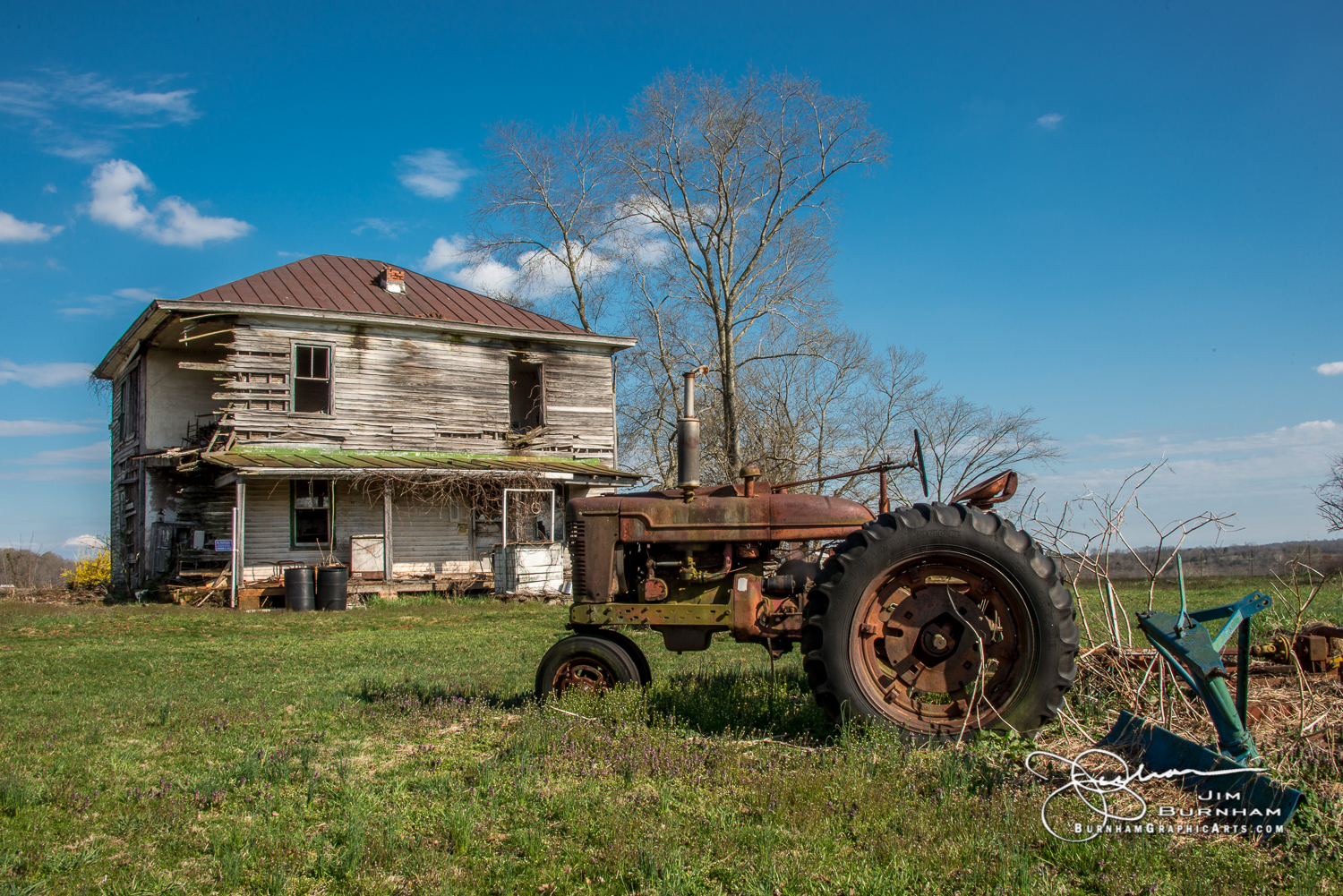 With another stalwart adventurer, I headed out into what I could only describe as the antithesis of what I just experienced. From the beautiful, ordered spectacular trees and well-maintained monuments to the abandoned, but not yet forgotten, remnants of dilapidated homes. Homes with missing walls, and kitchens still displaying breadboxes and flour canisters in the cupboards. A scene out of 1940 with antique cast iron ovens, Radiola radios and antique Grafonola record players from the turn of the century. These are the detritus of some other life spelled out in drawings, Searsucker suits, hats, blankets, empty medicine bottles, and bills stuffed in cans in various closets. 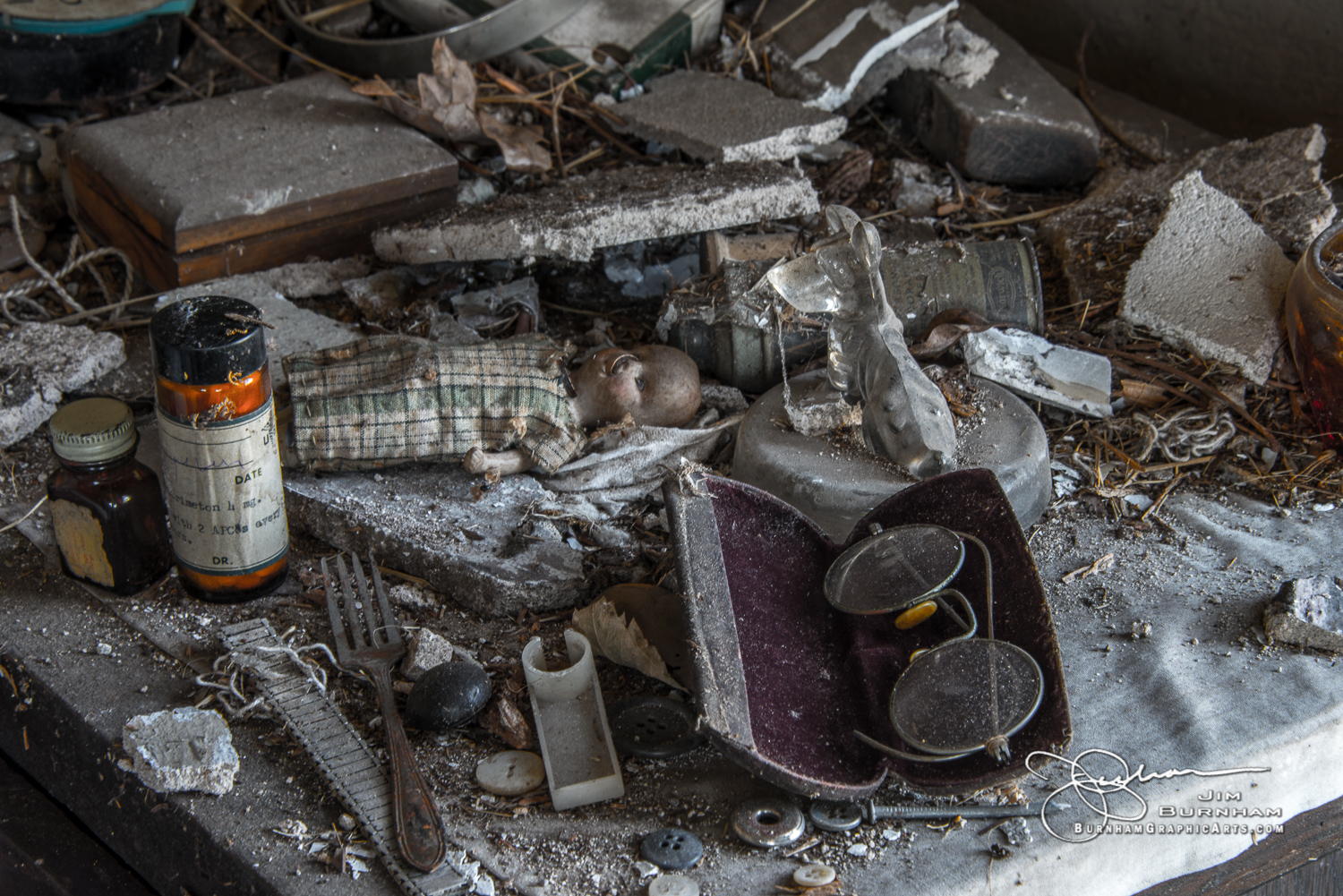 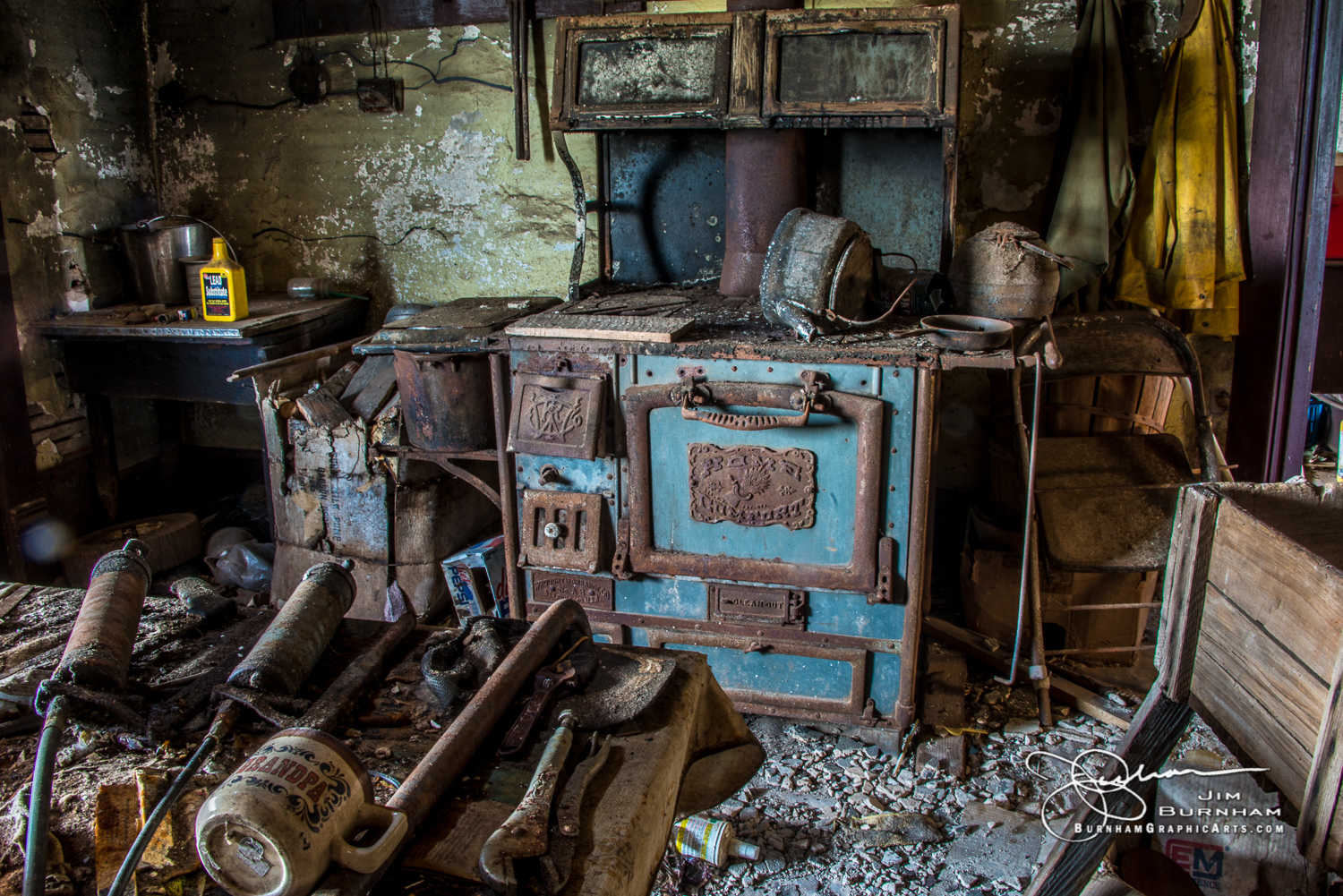 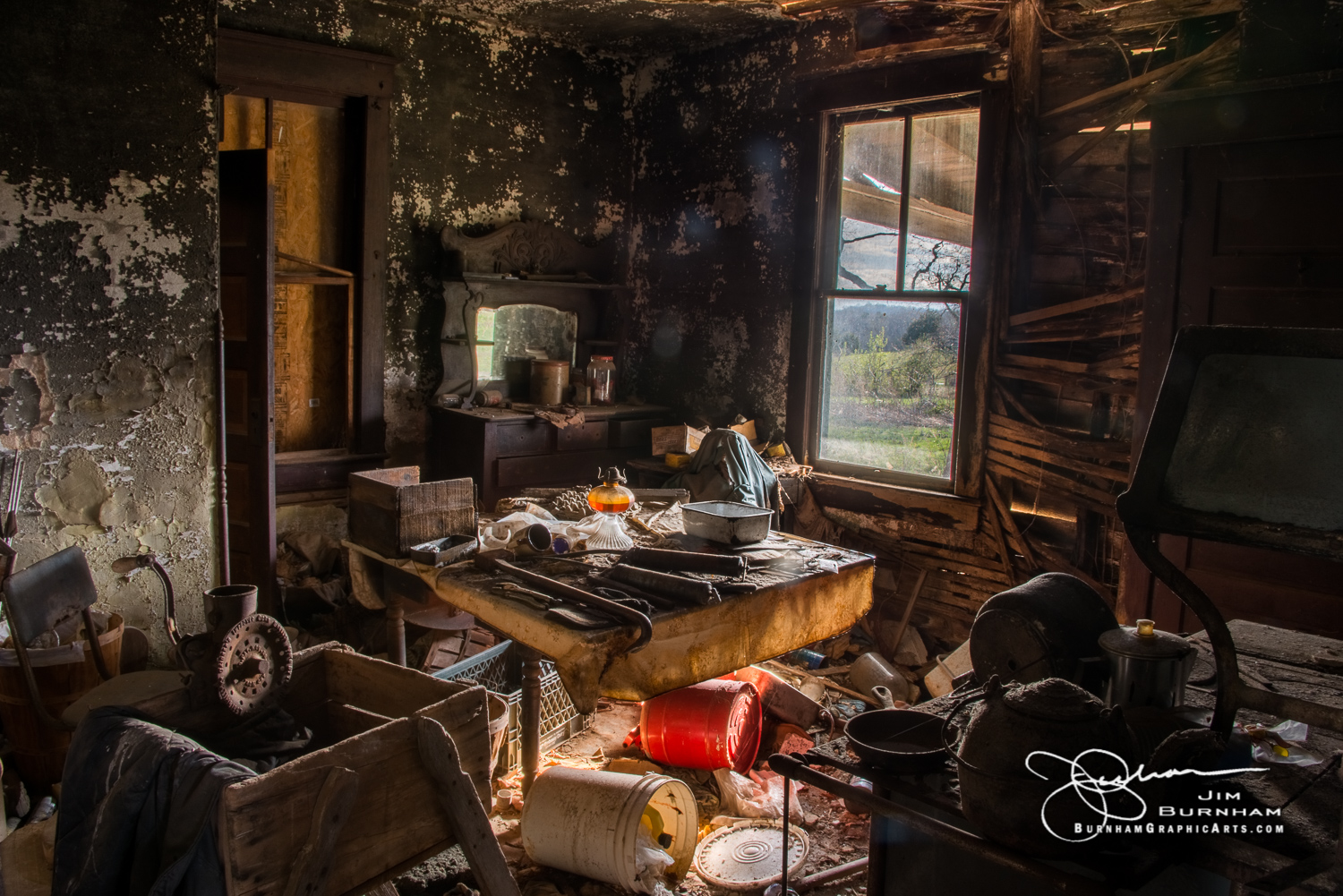 I don’t usually go onto properties I have not had expressed permission to be on, but in these cases, the allure of the explore is too great. Our intent is not to pillage or make any “adverse adjustments” to what are essentially decaying structures. In a way, they are sacred structures and should be treated like a freshly dug grave, with caution. Don’t fall in, (or through in this case) but also have reverence for the reason it exists. 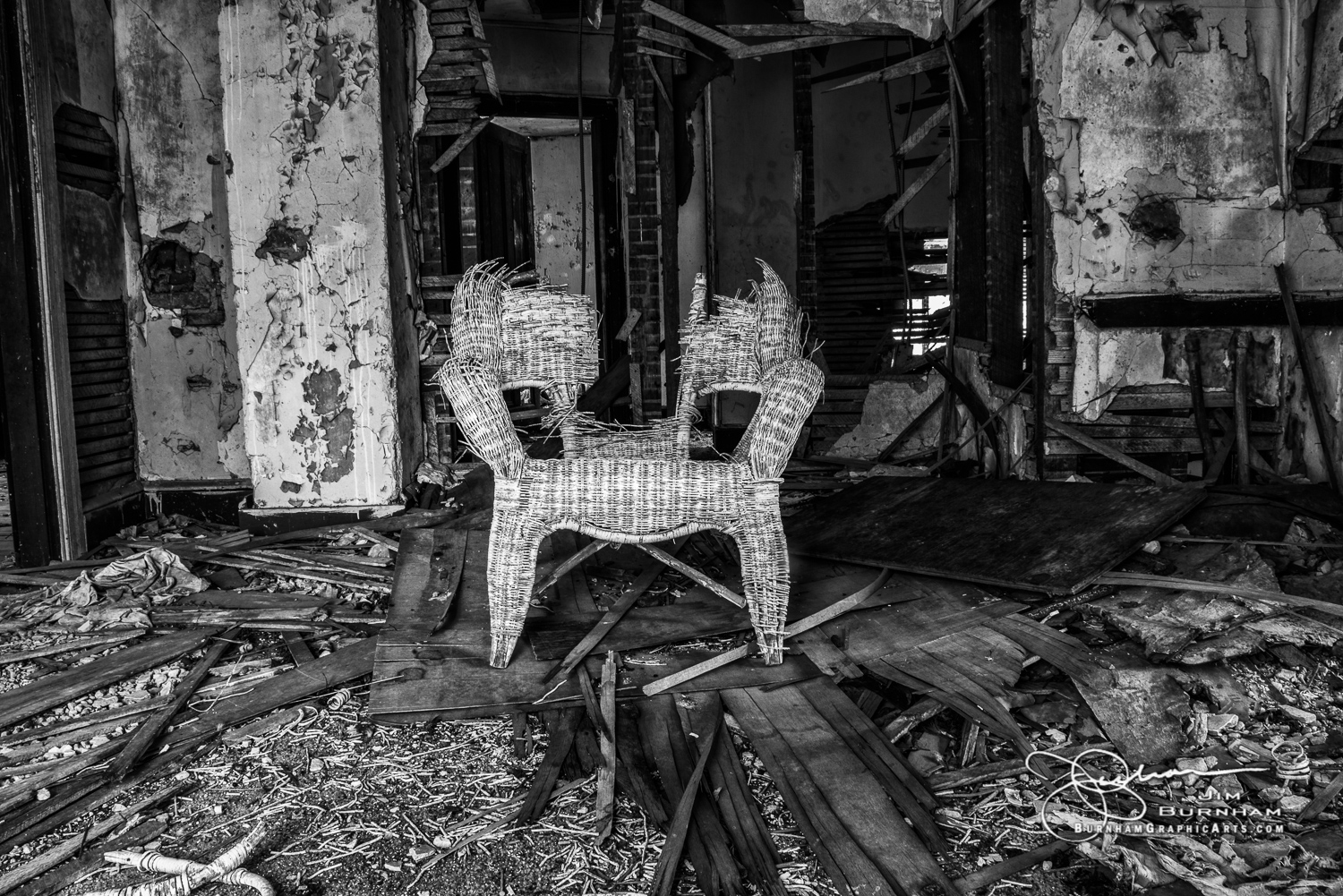 In most order, there is underlying chaos. In the case of the abandoned, there is order in the chaos. Things sit only disturbed by time and light (and the occasional roosting buzzard). Occasionally, we creep in and move things, a pair of old glasses here, an old doll there, and create our own order. But we leave only footprints and we take only photos. The chaos left to the next adventurers. Ours is to document the end of life of these places, like the death masks of earlier centuries, they lock in time a single moment. But there is still life here.

After seeing what was piled in one house, we had to wonder what was going through the minds of those that still owned it? Did they know what they had? Did they care? Will the house simply fall in on itself under heavy snow and sit rotting in the Spring storms? 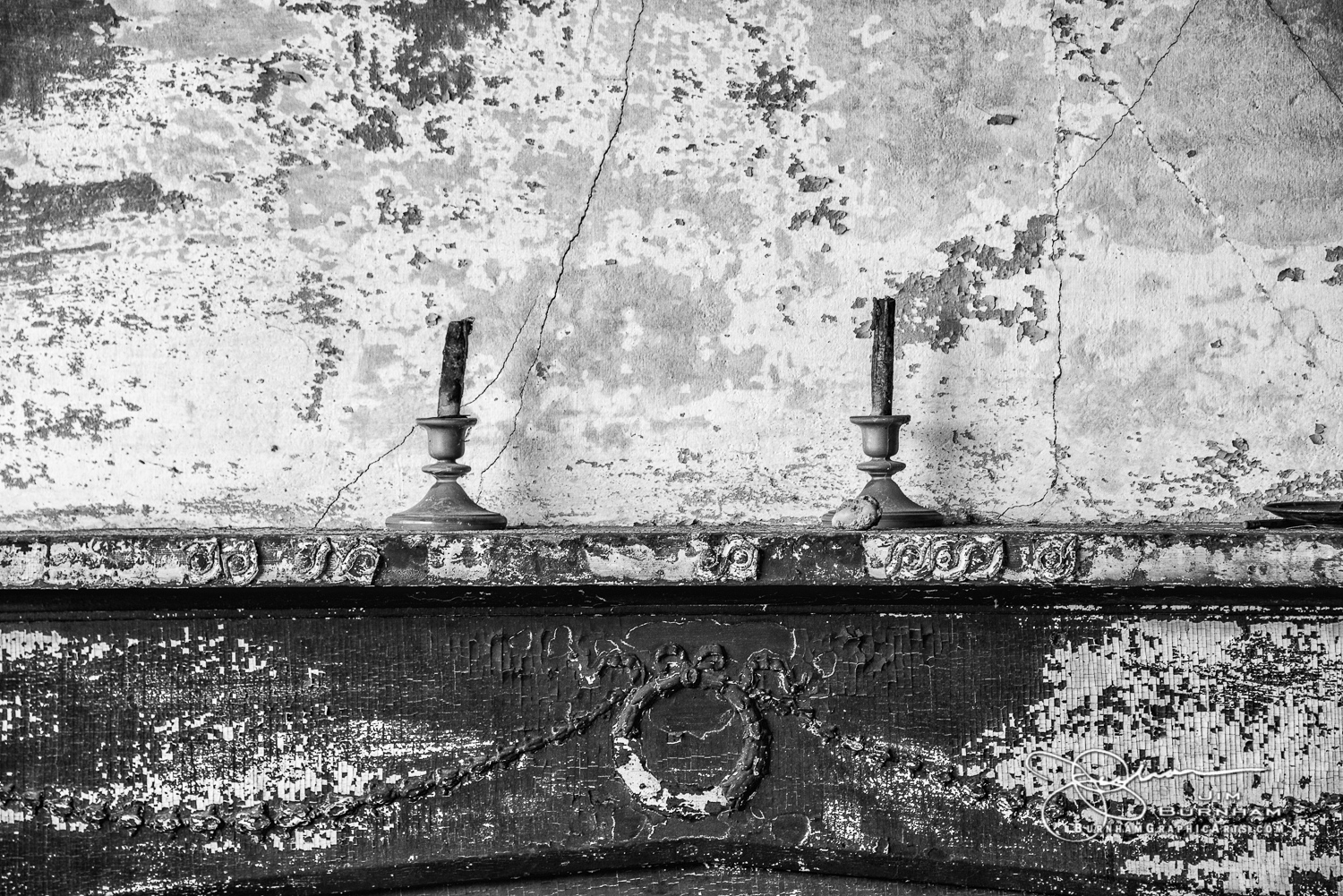 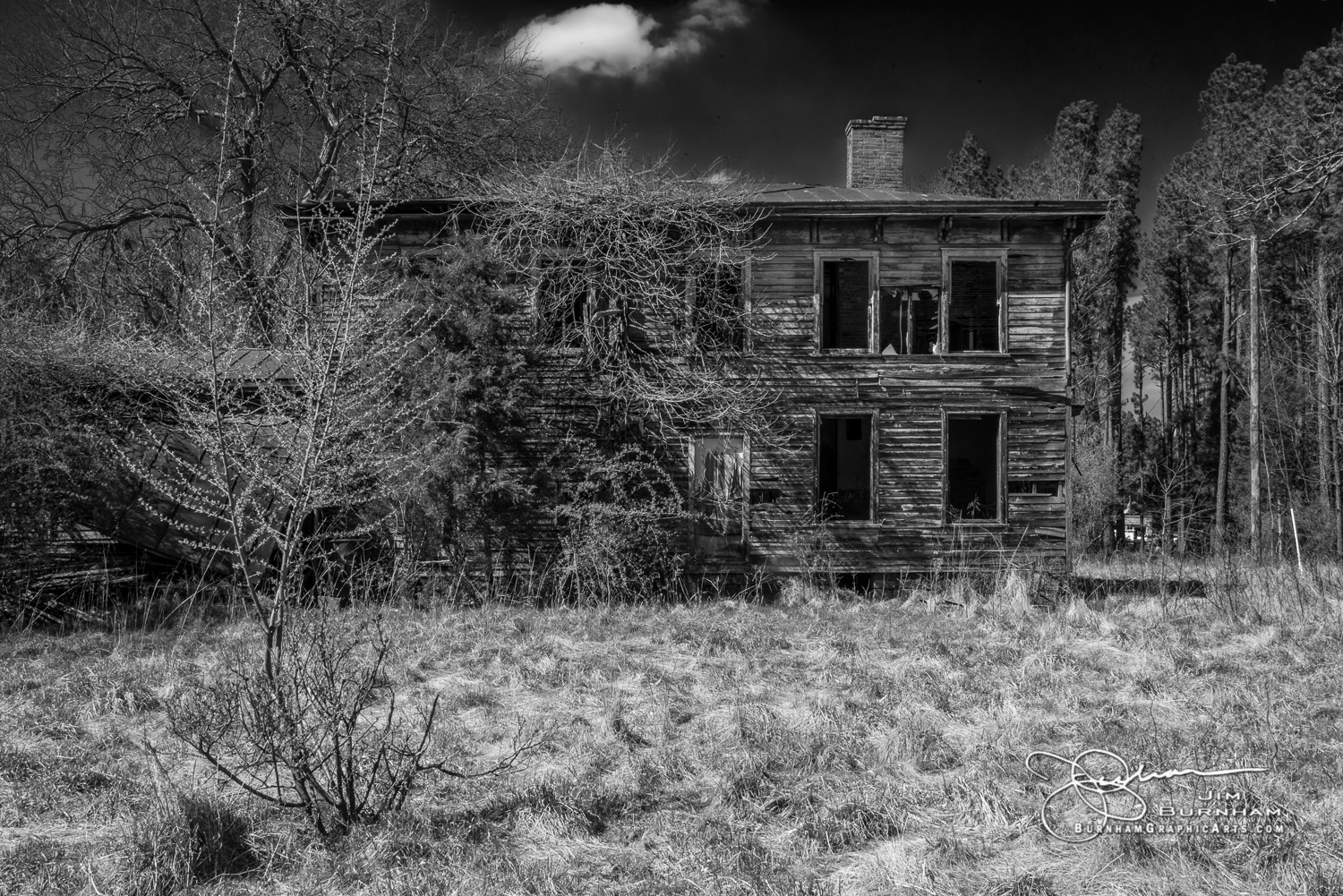 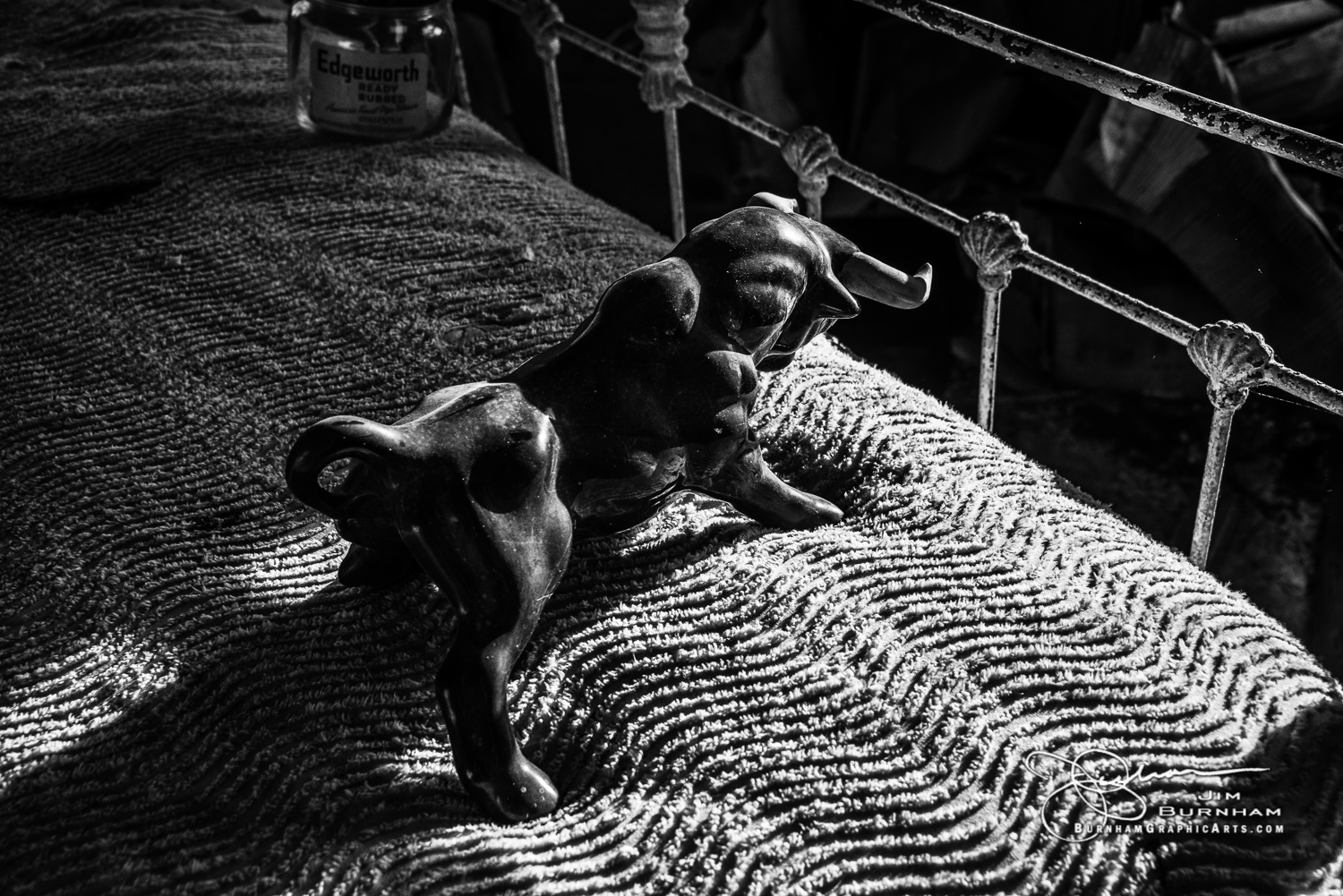 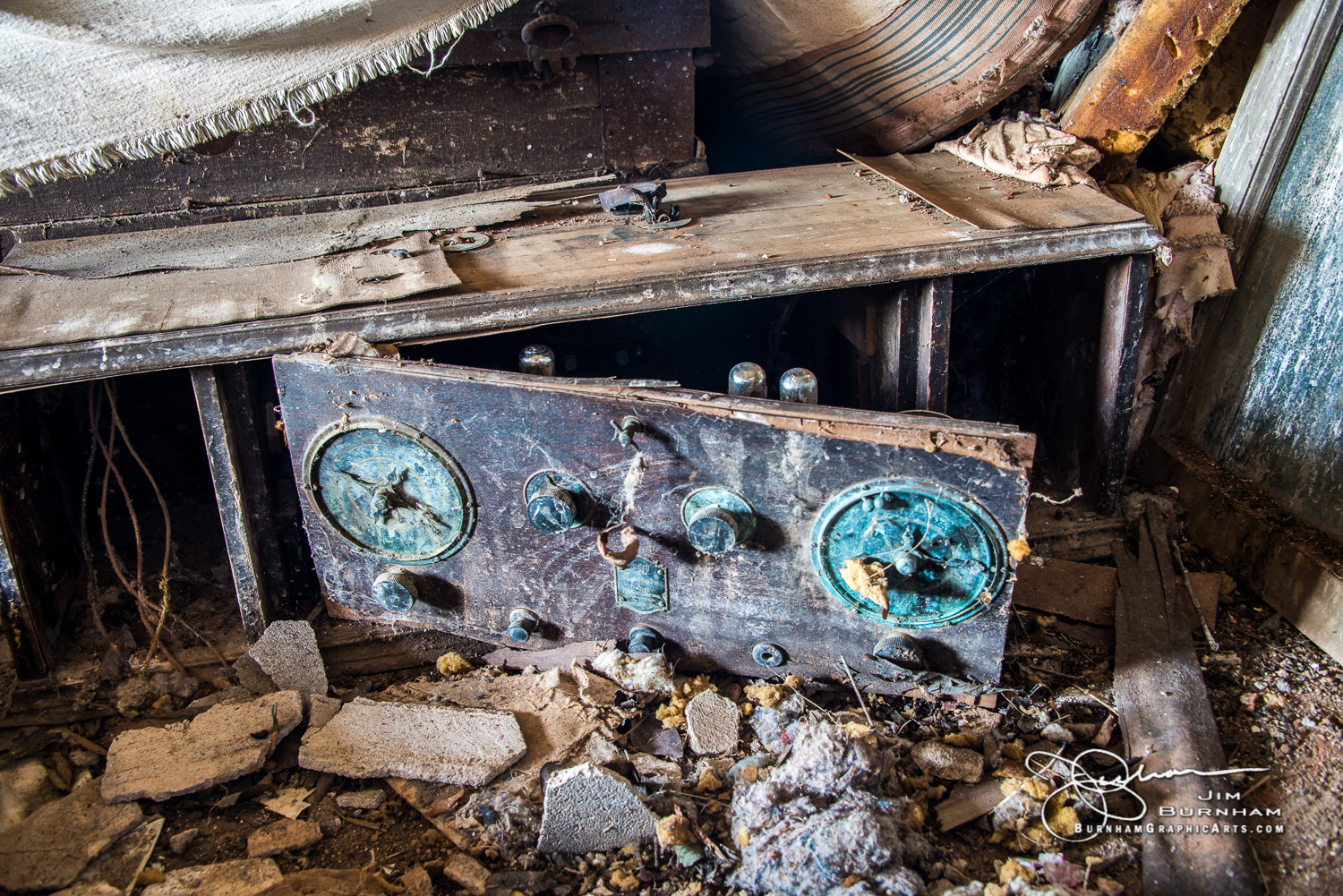 Over the last 15 years driving up I55 on the way to Michigan, I passed by an old homestead near Odell, IL. At first, there were four buildings. Then there were three. Then there were two. Now there is one lonely barn, slowly falling in on itself. I always imagined what was in that house, but will never know.

There is a sense of hopelessness when walking these places. You know they will either get torn down or will fall down on their own. They will never be saved. Sometimes leaving them to stand keeps the property tax low since removing the house would be considered an improvement. 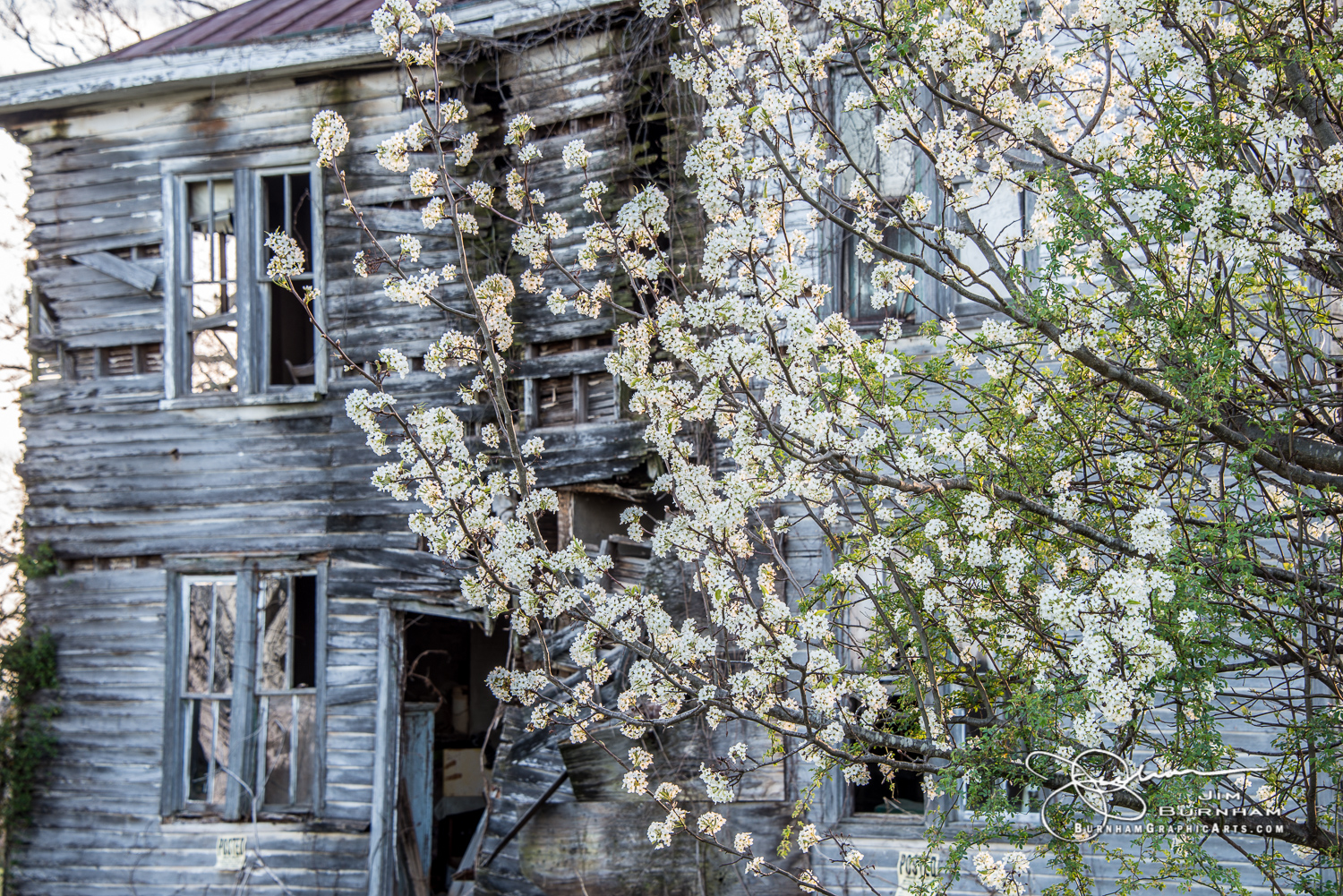 But there is also a sense of who lived this the place. You walk in their shoes, read their magazines, look in their cupboards and dressers. There are no secrets there, nothing uncovered will change anyone’s life. 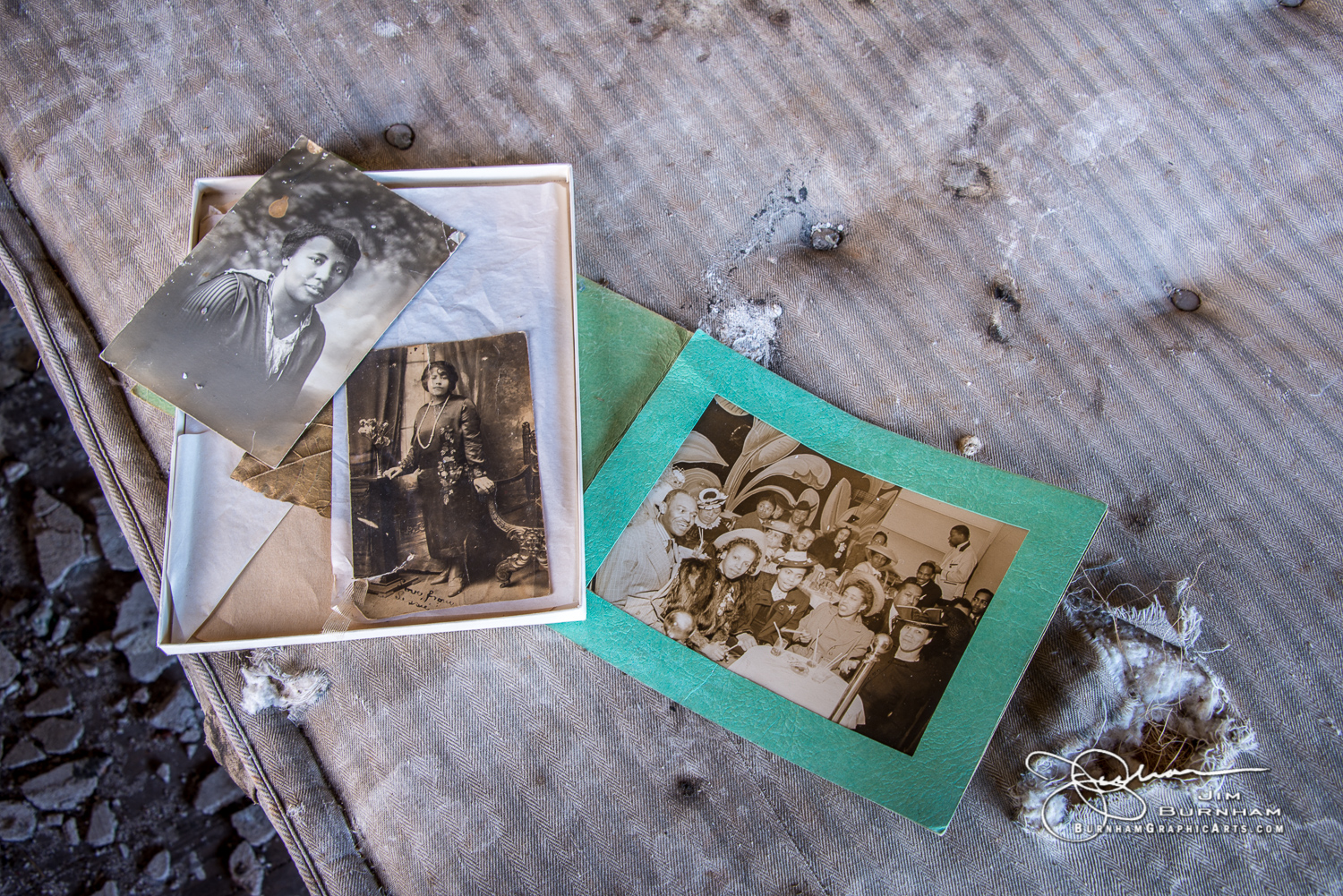 The dust kicked up will settle again, maybe on something different. Isn’t that just how life is.

Day after day it reappears
Night after night my heartbeat shows the fear
Ghosts appear and fade away
Come back another day
-Colin Hay, Overkill