Listen to our interview at AM580 with Colleen Wares! --  Read the history behind the Leland Report Book
Read the latest stories from the road by Jim Burnham
Report # Photo:
Focus Trek 17 - Capital Offenses
Focus Trek 19 - Glacier National Park 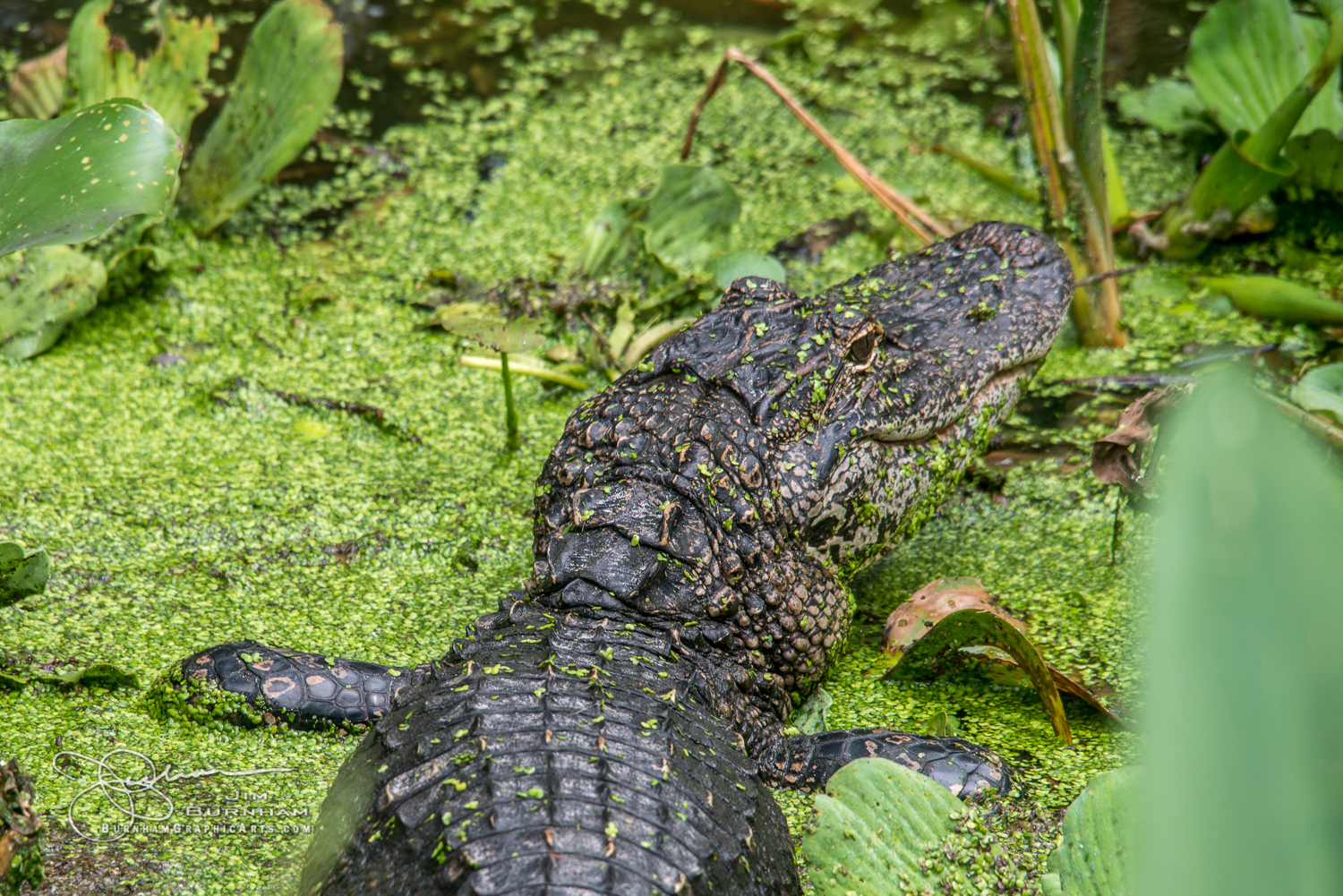 “If an optimist had his left arm chewed off by an alligator, he might say in a pleasant and hopeful voice, “Well this isn’t too bad, I don’t have a left arm anymore but at least nobody will ever ask me if I’m left-handed or right-handed,” but most of us would say something more along the lines of, “Aaaaaa! My arm! My arm!”
— Lemony Snicket (Horseradish)

My daughter has been to the ocean three times, once as a baby, once when we were extras in a movie on Cape Cod and once when we visited the Oregon coast. But she had never been to the ocean when it was warm enough to jump IN. So we went to Florida, where there are 1,197 miles of ocean to choose from. I chose Clearwater, where I heard a certain species of FotoBug lives. 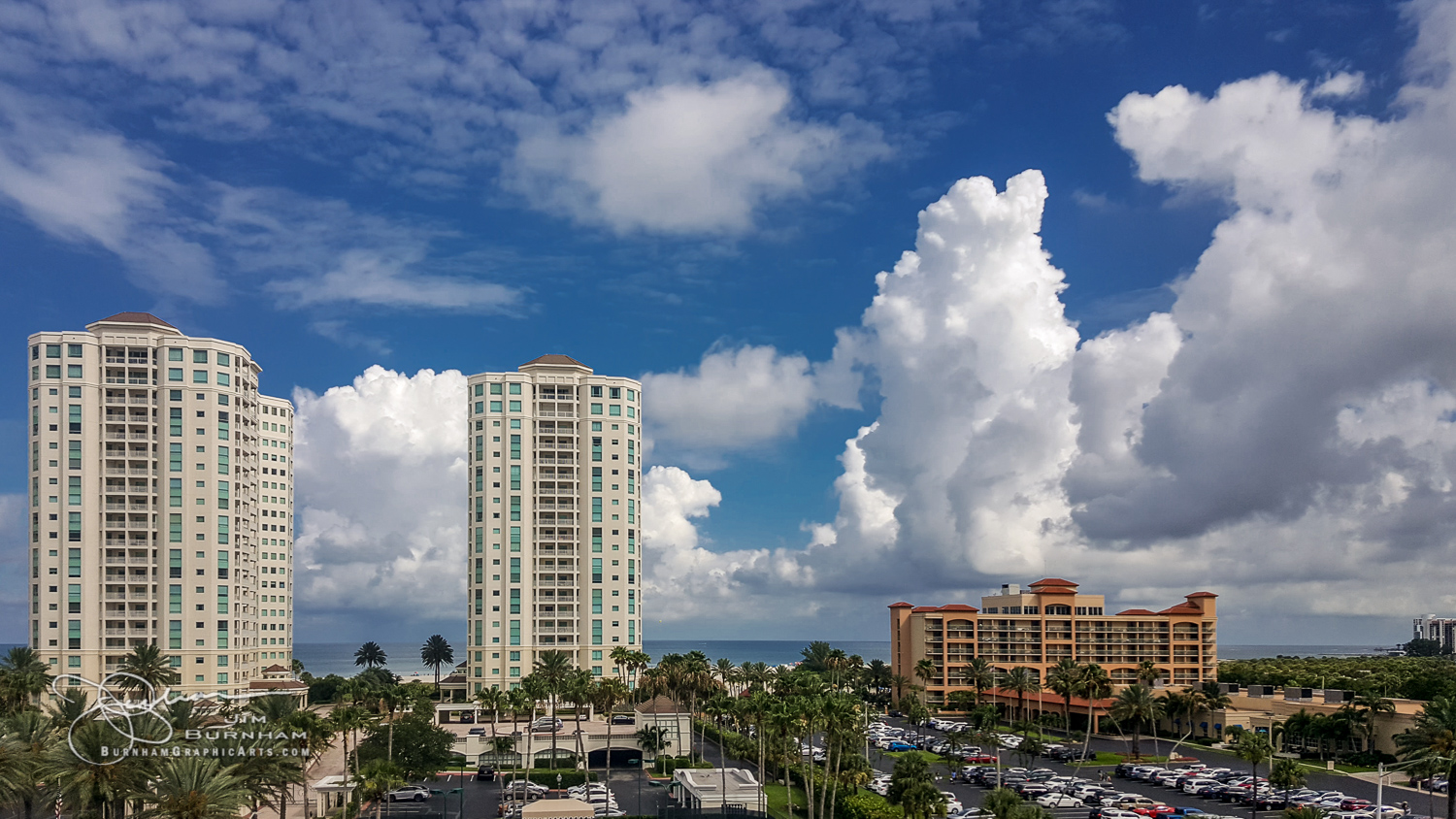 I’ve been to the ocean many times. I used to visit LA and Santa Monica a couple of times a year to visit my Grandmother. I’ve been to Jamaica, Bimini, Fort Lauderdale, Daytona, and the colder oceans off Oregon, Cape Cod, and Rhode Island.  For those who long to visit and jump in the ocean, it is not the same as a clear-water lake in Michigan. 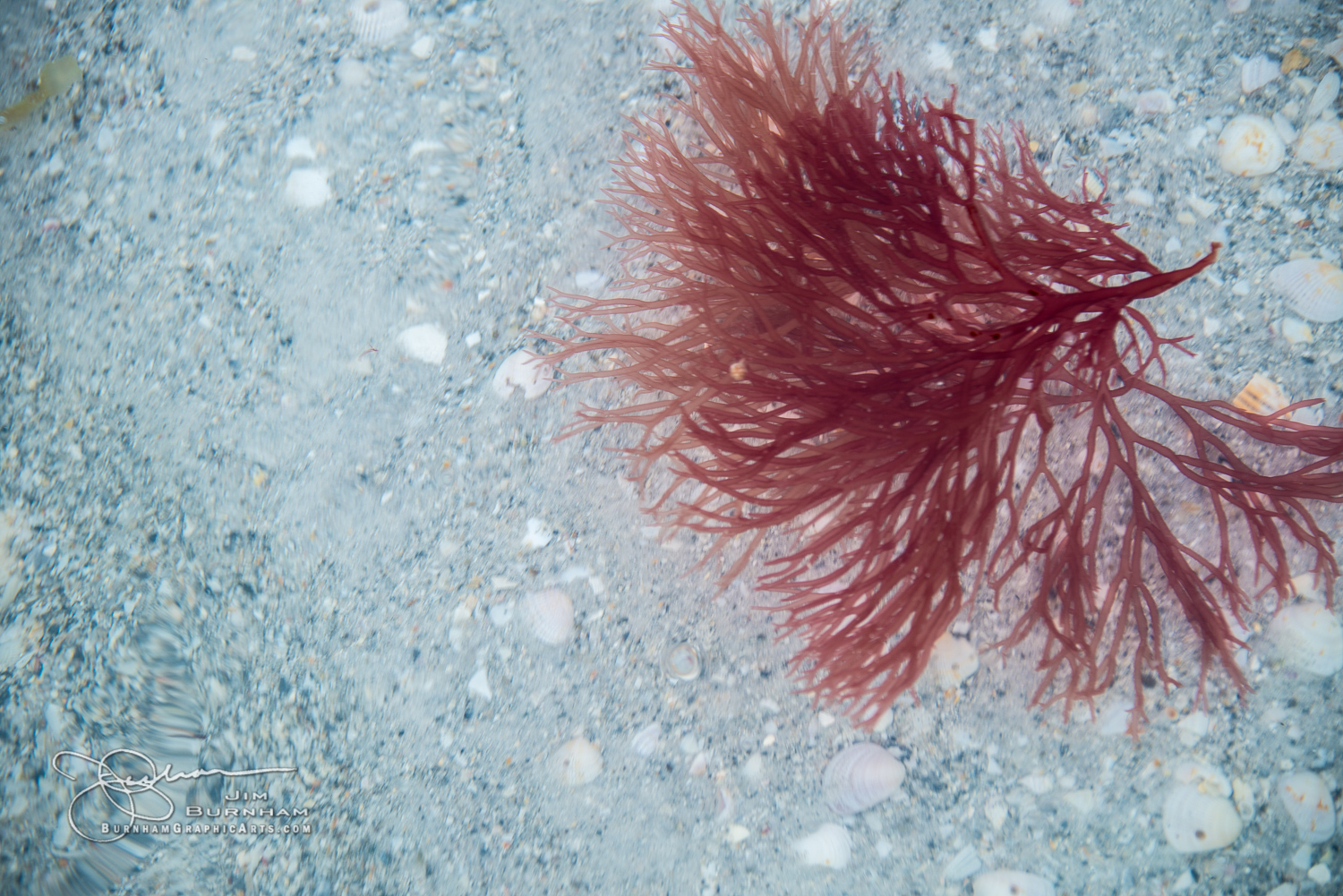 For example, there are creepy green things all over the beach (or brown things that used to be green or vice-versa). These same things are in the water, some of them look like they were alive at some point (or worse, look dead but are not). It’s salty (duh) but it’s not like you can spit it out once it’s in your mouth. It’s in there for the long haul. Be warned. But, whereas “warm” on the Lake Michigan scale is 60-65 degrees, Clearwater temp is a soothing 80-90F. On the other hand, there are no sharks in Lake Michigan. But, there are no dolphins either. 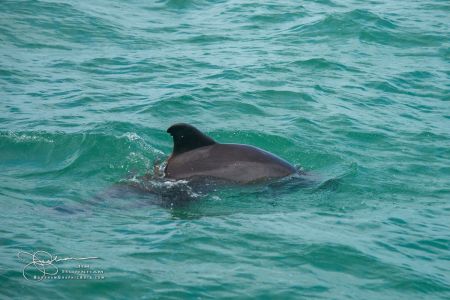 I’ve tried to instill a sense of adventure in my kids. I succeeded somewhat with my daughter, but my son declined to join us even as I guilted him with a Father’s Day curse if he didn’t. But “adventure” is different for everyone and Florida was not exactly the first area he would have chosen to visit. On his list, I think it ranked 51st behind Puerto Rico right after the hurricane went through. He was not up for the heat, and though the alligator threat was low, it was not as horrifying as having to tour things and hike places. But, to each his own. BTW, the curse was that his lawn grows twice as fast as everyone else’s. Wish you would have gone now? Ha!

So, this Focus Trek is a recap of my trip because my focus was not all photography (although when asked what we did, my daughter said “He took A LOT of pictures”!) But I was with the PhotoBugs, Jim Caldwell and Fred Rodgers (Focus Treks 9, 13 and 15) so having a camera was important to show that yes, there are people out there who shoot Nikon, Jim! And yes, I did take A LOT of photos (close to 1100). 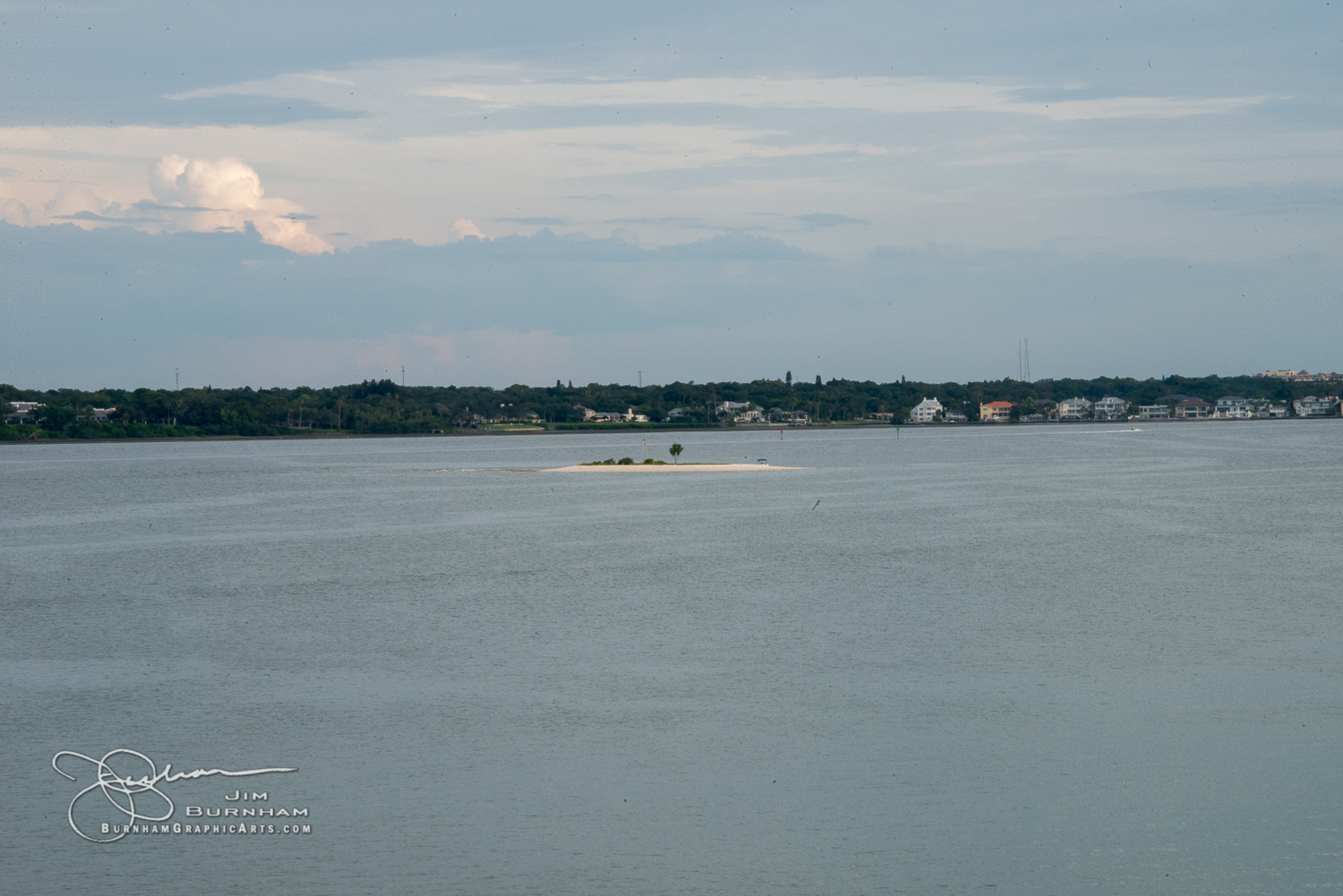 The only time I didn’t was when we paddle-boarded almost a mile out to little One Tree Island (right) in Clearwater Bay. I admit to putting the adventure pressure on when I sensed some hesitation. “They told us to stay close because of the weather” was the argument. My response was, “I will risk a lifetime ban from the Clearwater Community Sailing Center to paddle out to this island against their orders”. And we did. And it was cool. And we weren’t banned, or hit with a hurricane, but I did break my paddle when I fended off the shark and alligator attacks, so sorry/not sorry. Also, because convenient parking was so hard to find, our favorite scam was to park in the Walgreen lot, go in and buy something and then leave it there and go to the other shops. That was her idea, we even did it with the Clearwater Police sitting there. That’s pretty gangster for us.  😉

I have to give a shout out to the Marriott Suites Clearwater. What a great room! Views of the sunrise out the Bay side and sunsets out the boulevard/ocean side. I’d stay there again for sure, and right next to the community sailing center. ♥♥♥ But the rods and cones in my retina will never recover from the blue neon accents, sadly. I might just have to shoot black and white from now on. 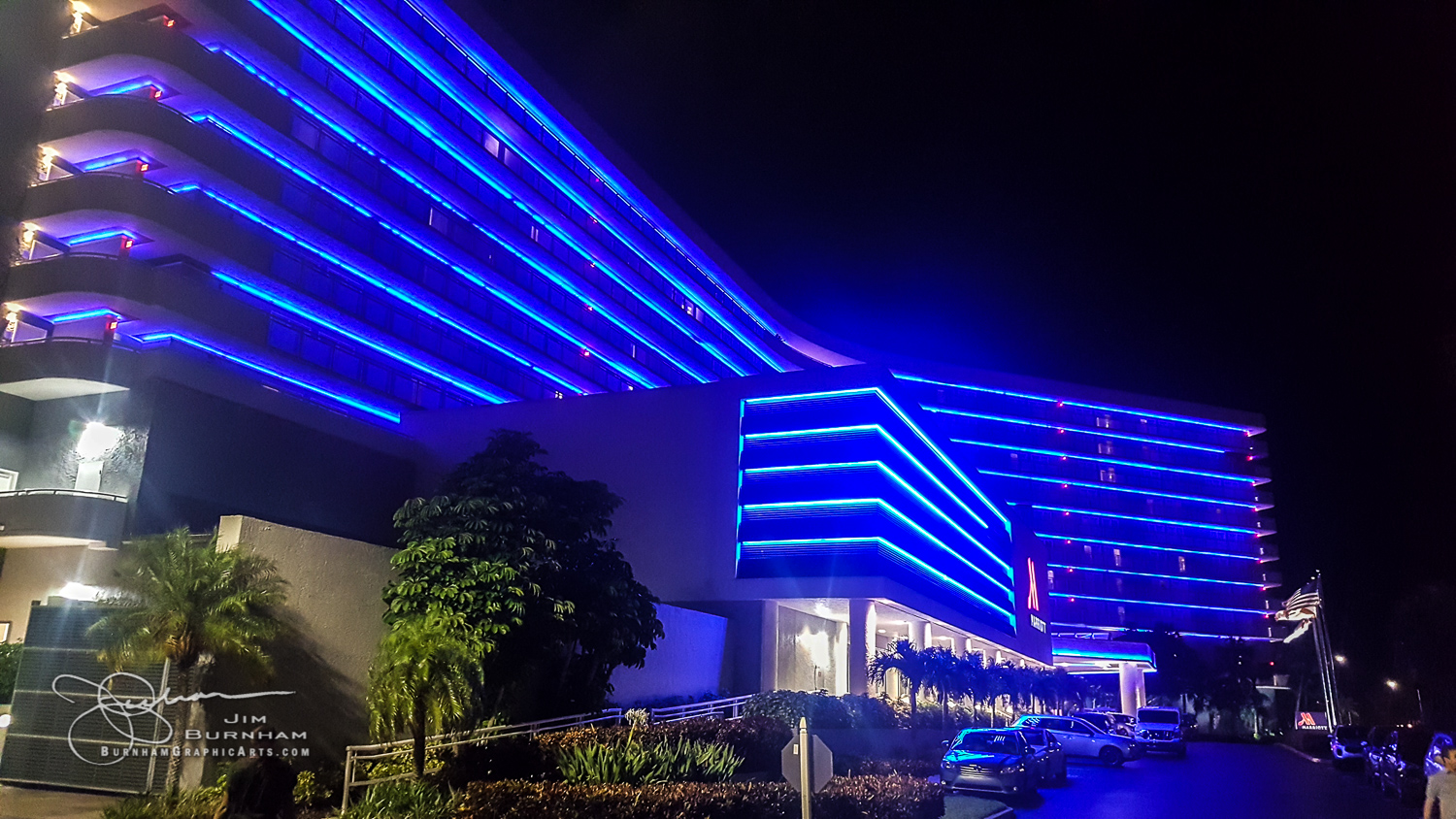 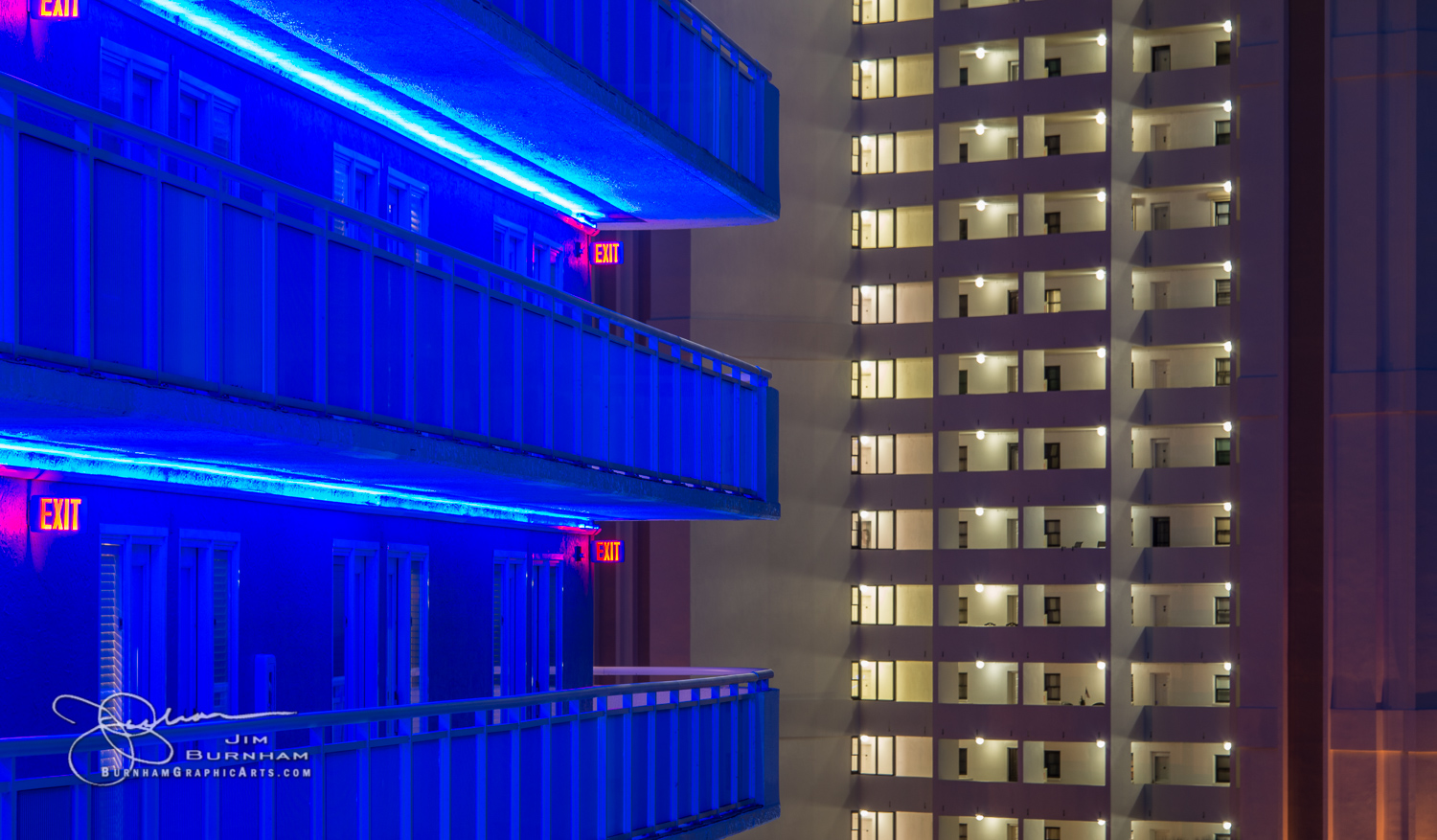 I’m going to be honest, I was not super excited about the Florida Aquarium in Tampa, but I think it is geared more toward grade school age visitors. But I got to try out my new reflection eliminator cone. This handy tool slides over your lens and when you put it up against the glass, bingo, no reflections. 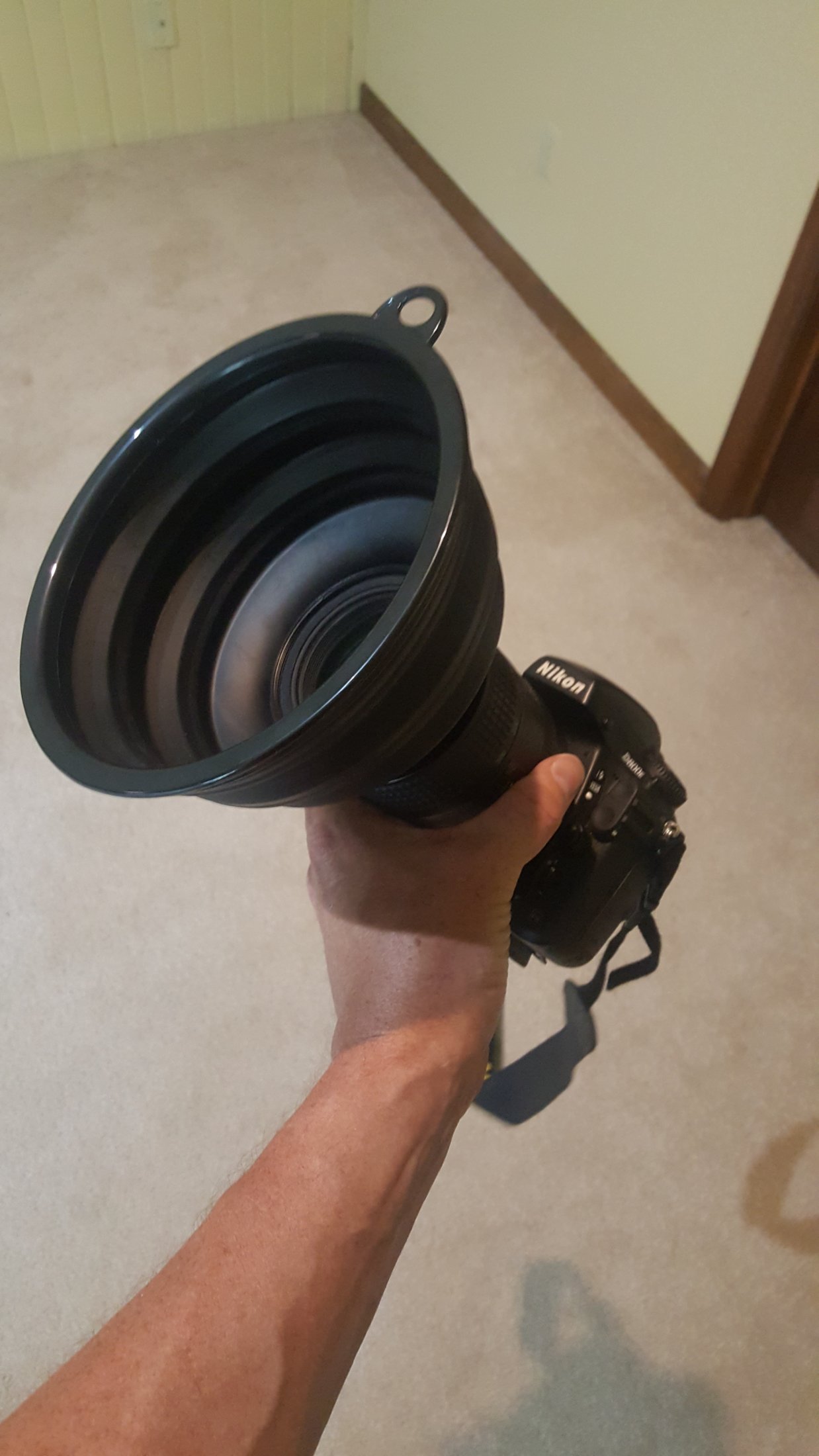 This is something we used to use black cloth for, but hanging that up behind you in a public space can be a little tricky. This is for sure one of my favorite tools now. I’ll be trying out next time I’m up in a skyscaper at night. I did manage to get some jellyfish shots with it. We also got to pet some Manta Rays.
Click on an image to see a full size version

After the aquarium, we met FotoBugs Jim Caldwell and Fred Rodgers in Tampa and rode with them to Circle B Bar Reserve, a 1,267 acre wildlife reserve managed by the Polk County BOCC and Florida Water Management. Jim is a Florida Master Naturalist and is a wealth of knowledge with everything, well, nature. Fred is a career educator and photographer. Both are workshop leaders at the Black Hills Photo Shootout which I have attended the last three years. They are having another this year 9/27-29 so check it out, it’s a beautiful area. 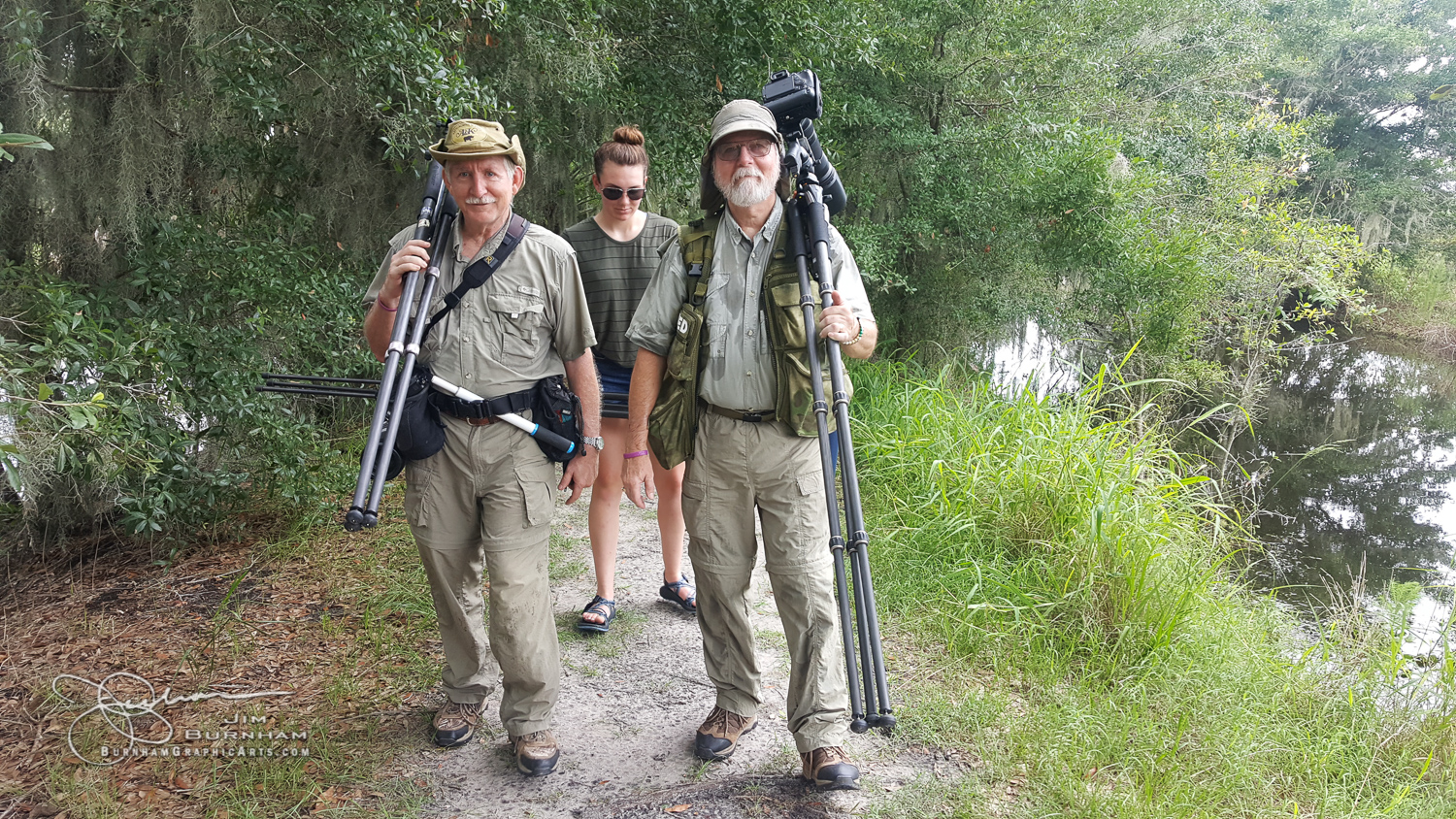 The Circle B Bar Reserve has it all, Egrets, Herons, Anhingas, Limpkins, Alligators, Turtles, Eagles and more and all in their natural environment. It’s so wild, it is not uncommon to have a 17 ft alligator cross your path. You might see him later too, so make sure you tell him that. They love that joke (until they don’t). 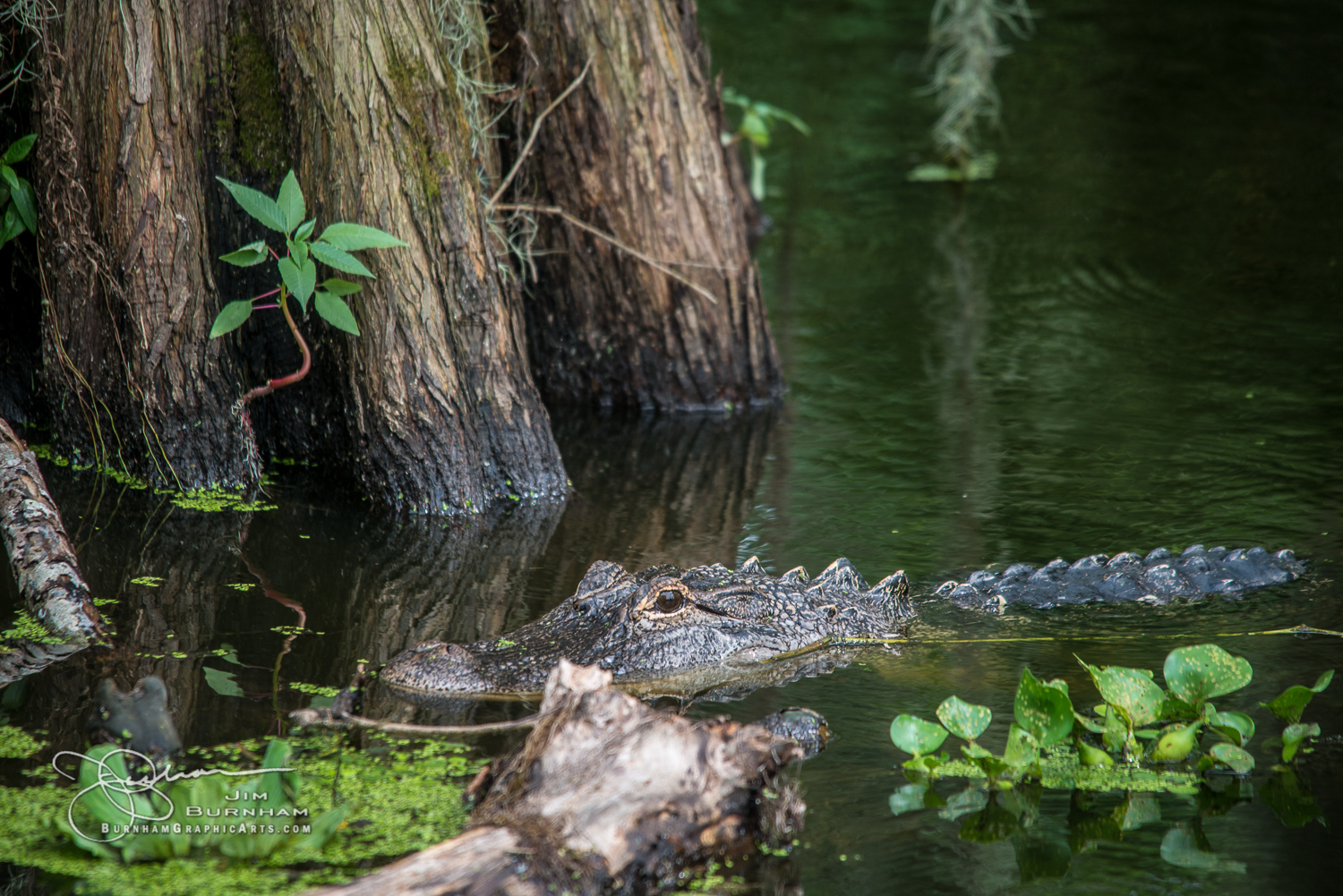 This Anhinga had a meal, just out of reach, speared lengthwise on his lower bill. We watched as he desperately tried to dislodge it, occasionally diving into the shallow water only to reappear in another place still decorated with the catfish kebob.

He did eventually get his meal and it reminded me of another bird in Whitby, England that gave us a show atop a riverside storage building (Focus Trek 10) .

All in all, we saw several gators, in all sizes. There one here with just his head out of the water was no more than 15 feet from us, watching. But if he lunges, Jim and I know what to do. Hint, Fred does not know the plan. 😉

The Snowy Egrets were abundant, but skittish. Therefore, one shot. Um, sorry, one photographed. 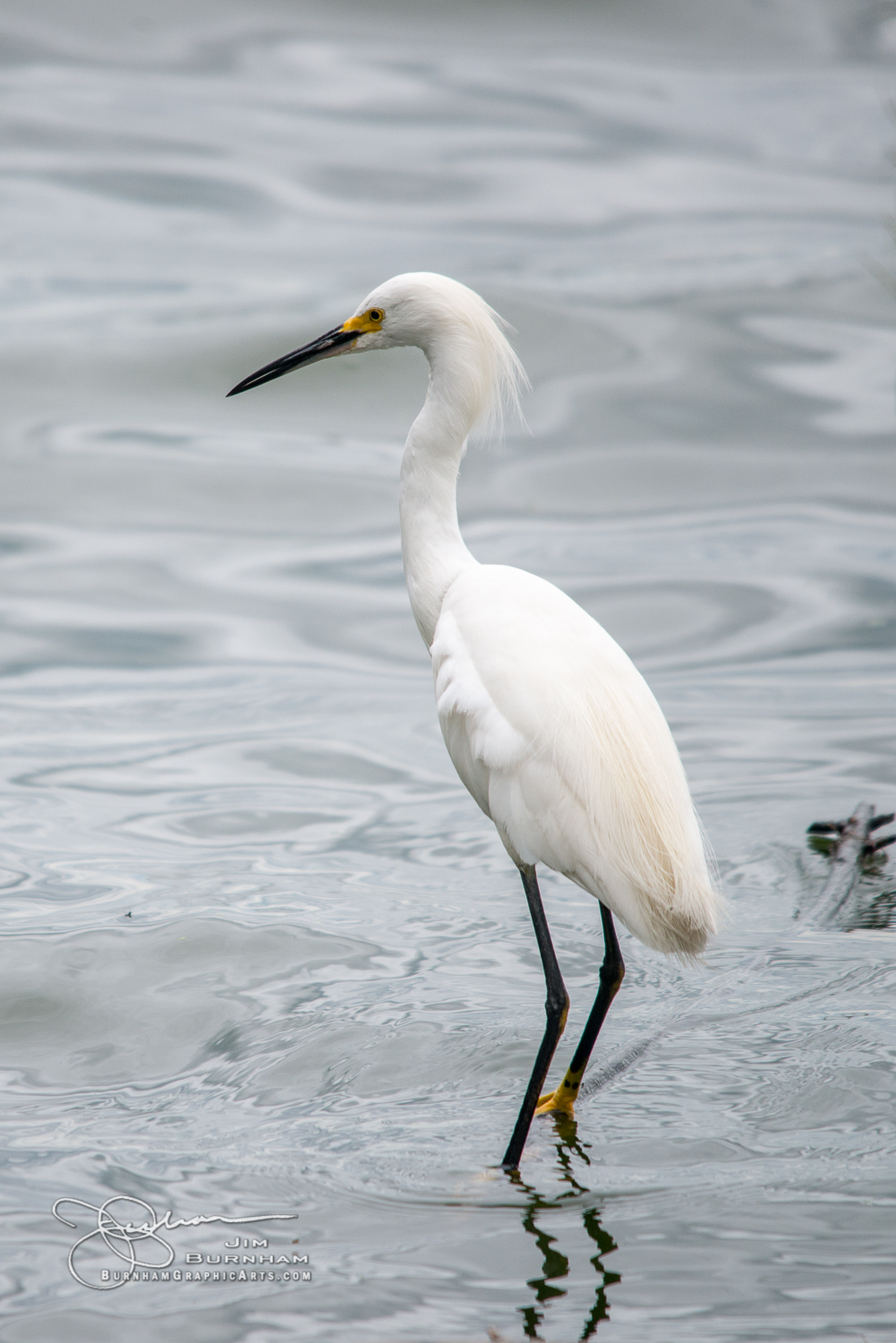 It’s interesting to watch them fish.

The Limpkins were heard but rarely seen, except for this one time. 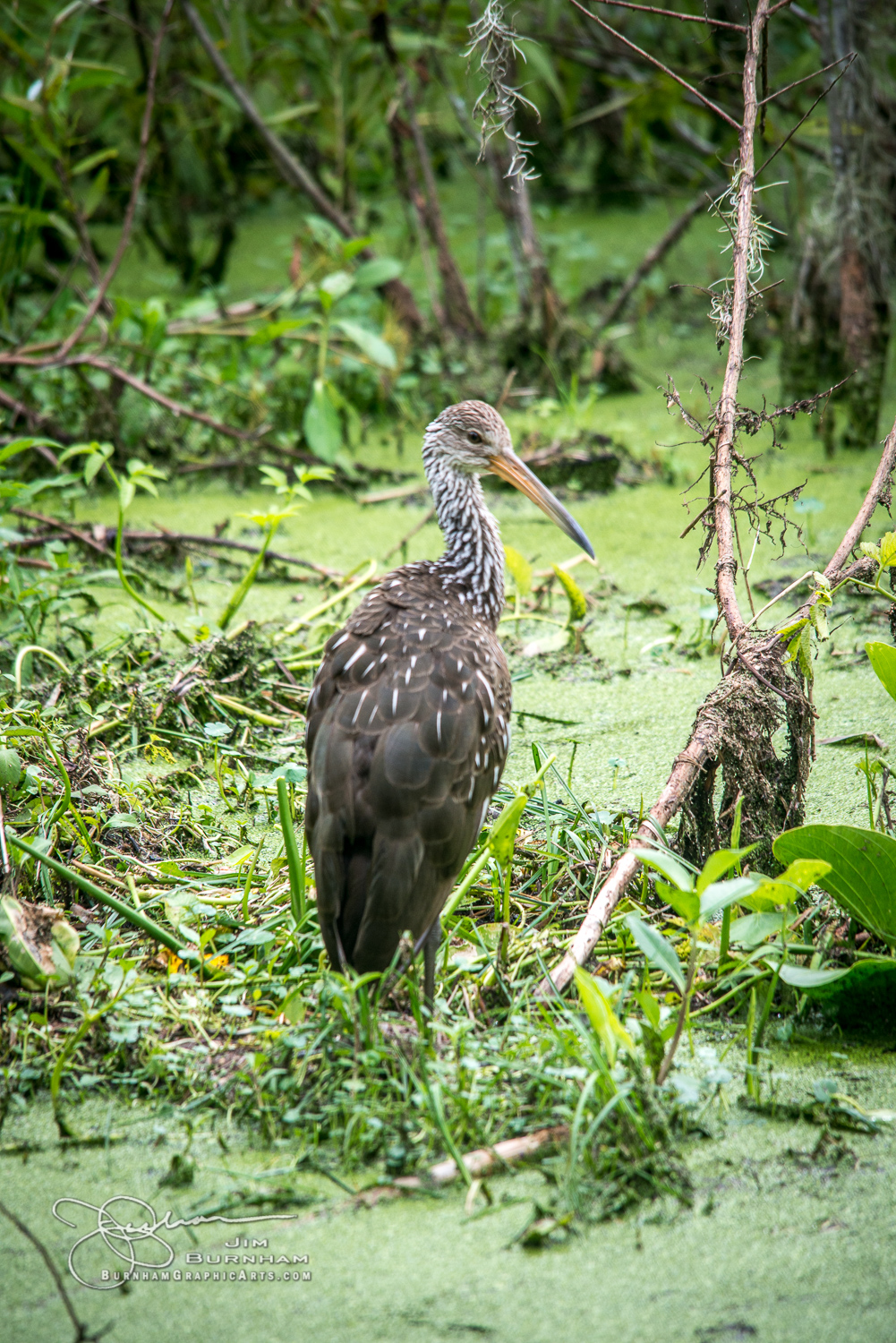 I’m glad we went to Florida when we did when the temps were less than the 100 degrees they are at the time I’m writing this (plus, no hurricane bearing down). Humidity was bearable, but compared to the 50 and 60-degree weather that was saddling Illinois at the time, it was welcome.

And despite needing to leave at a certain time in order to get back to Clearwater Beach for dinner, we lingered a bit too long. There was so much to see. I will be back.

Thank you, Jim and Carolyn Caldwell and Fred Rodgers for a great afternoon exploring and evening dinner. It’s always great to meet up with other people with as much passion for this as I have. Though I will not be in South Dakota this year, I’ll be joining Jim again in Montana in September for some exotic animal photography and a hike through Glacier National Park. Unfortunately, Fred Rodgers was eaten and can not join us.

Atlantic coast visitors might get beautiful sunrises, but Gulf Coast visitors get treated to some fantastic sunsets and cloudscapes. As you know, the latter is much easier. The first night we went out to eat we were heading back over the Clearwater Beach Causeway and had to turn back, park and jog up the bridge. 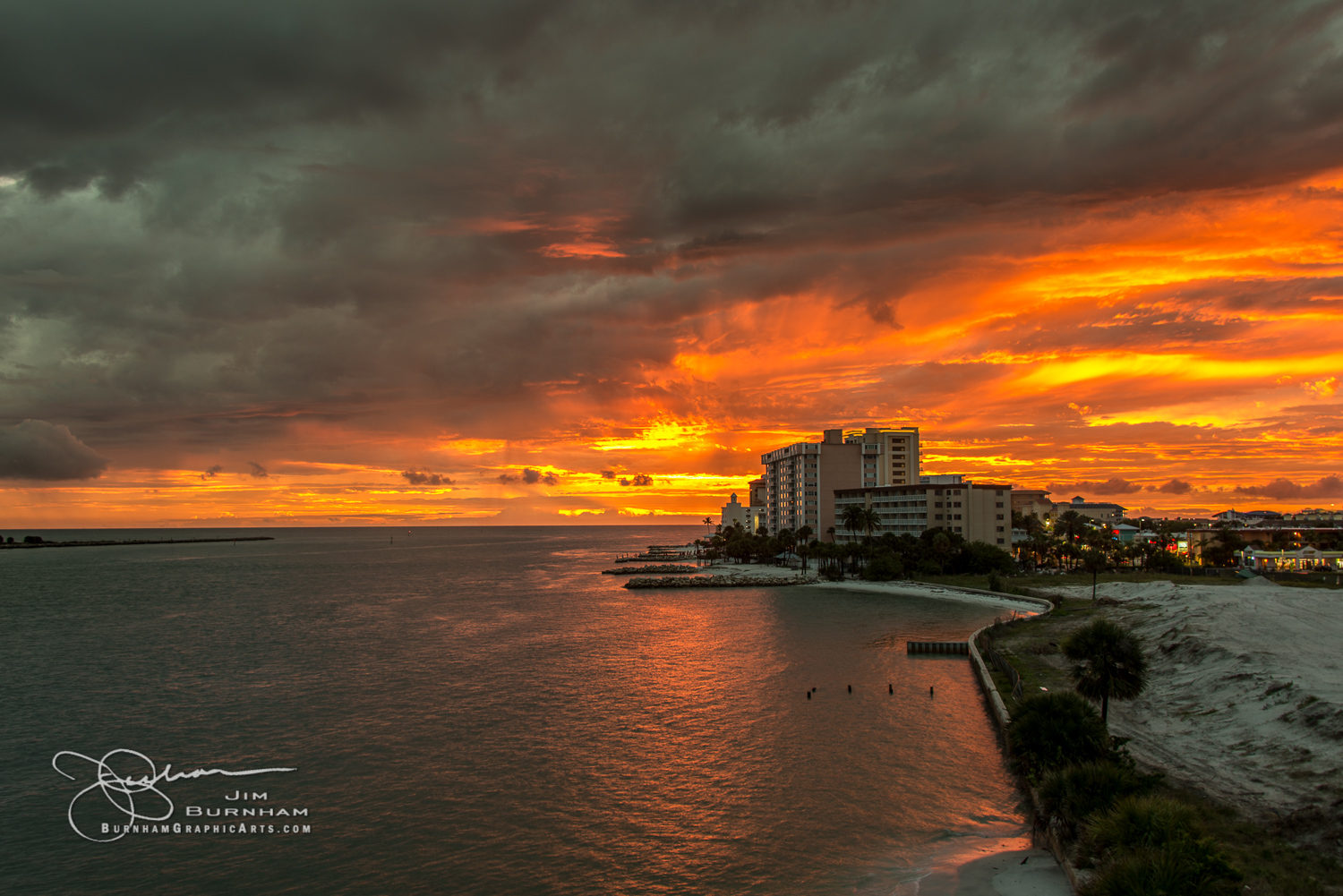 View from the Clearwater Causeway Bridge. Our favorite Walgreens parking lot is on the right 🙂 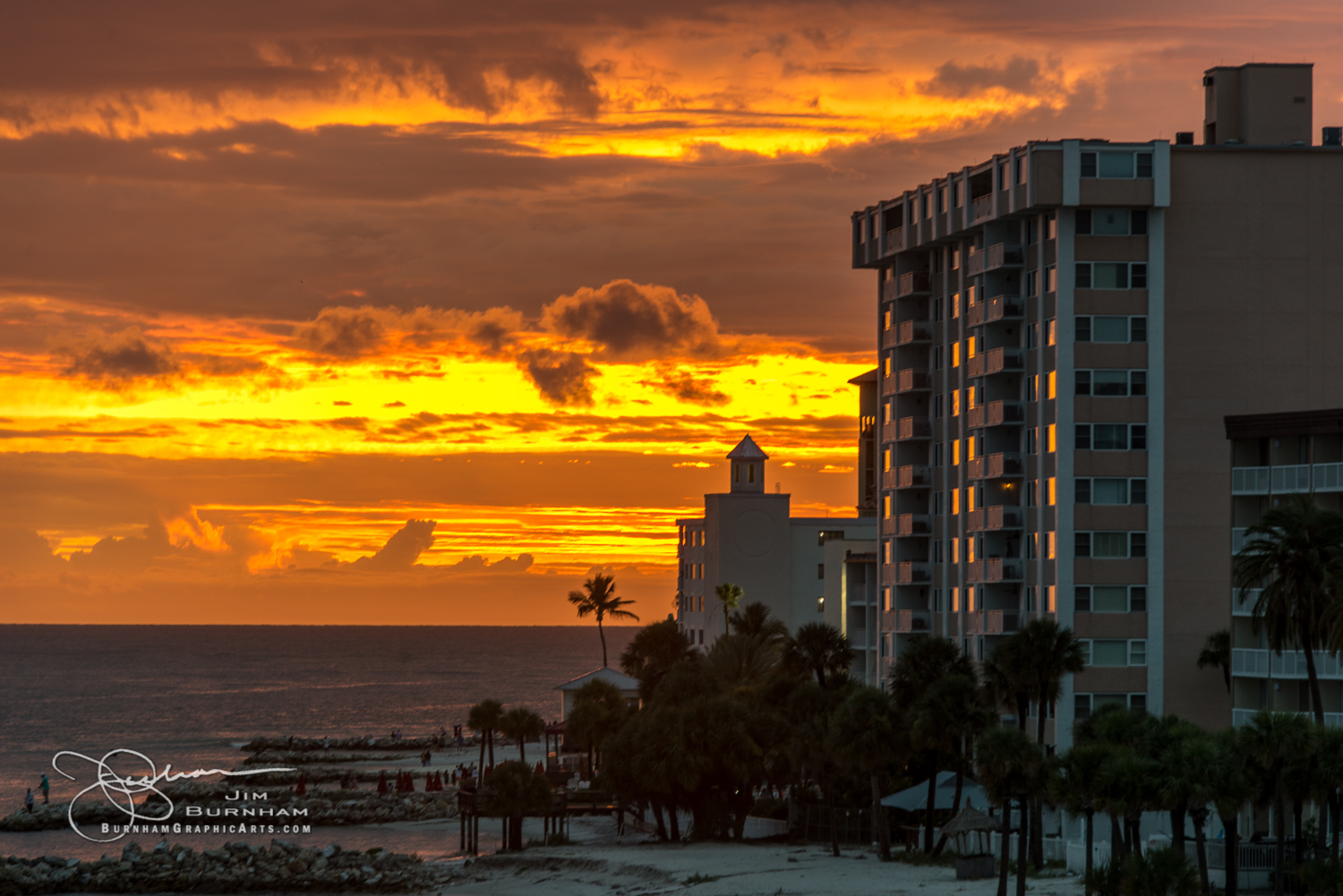 This was our favorite spot for sunsets as it was a clear path out to the Gulf and boats would stream out of the bay for the show. 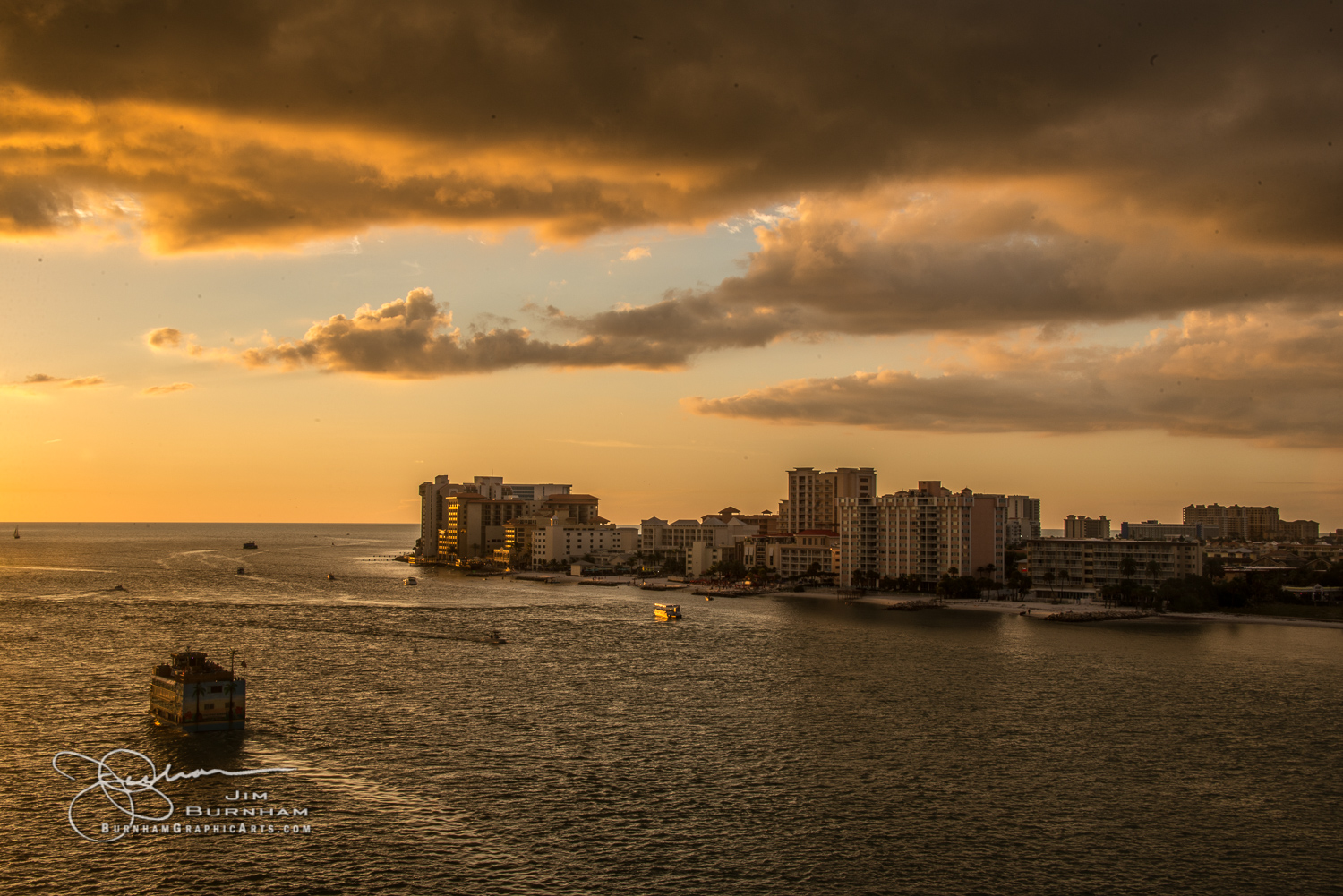 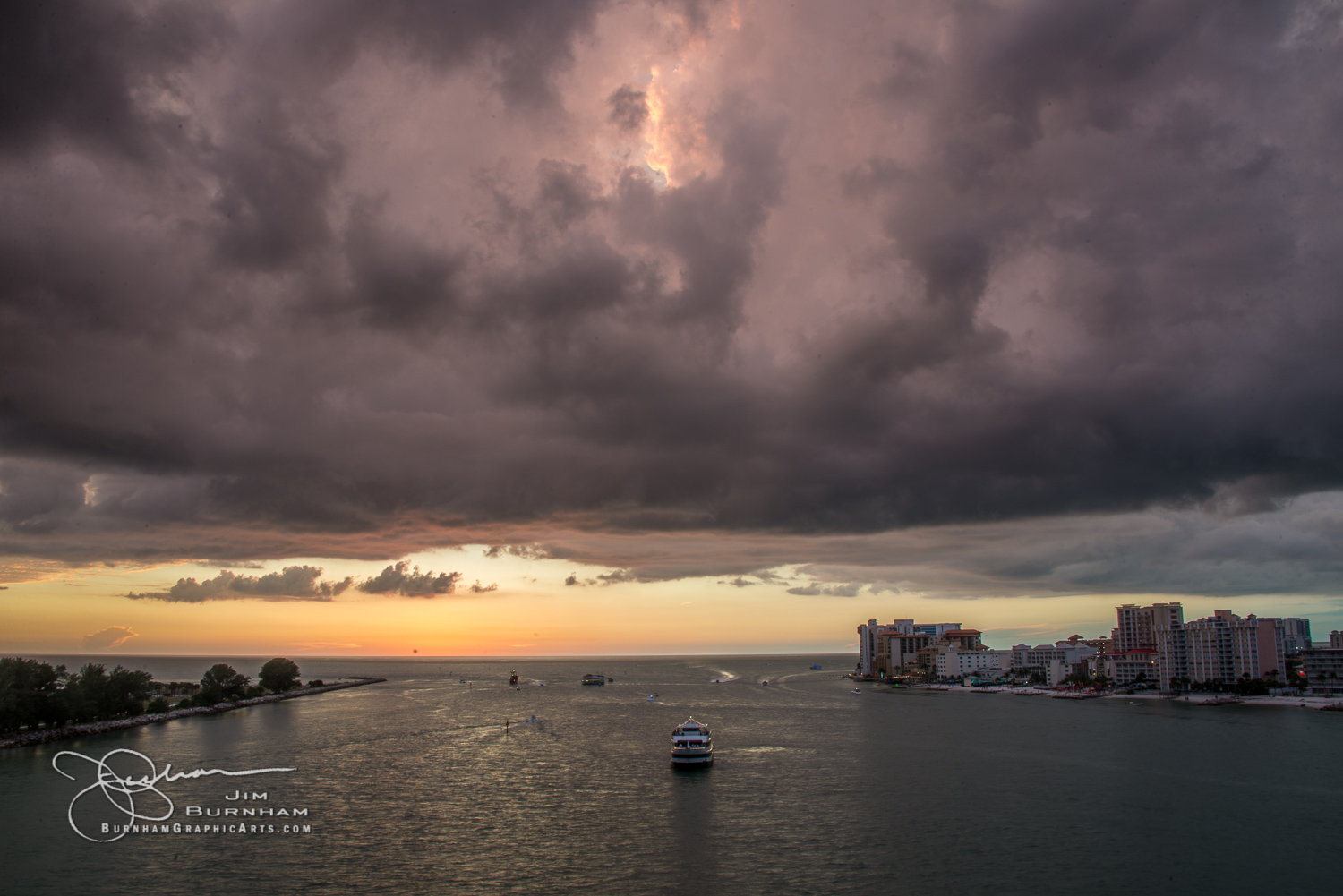 And then following the boats back the other way was nice, too! 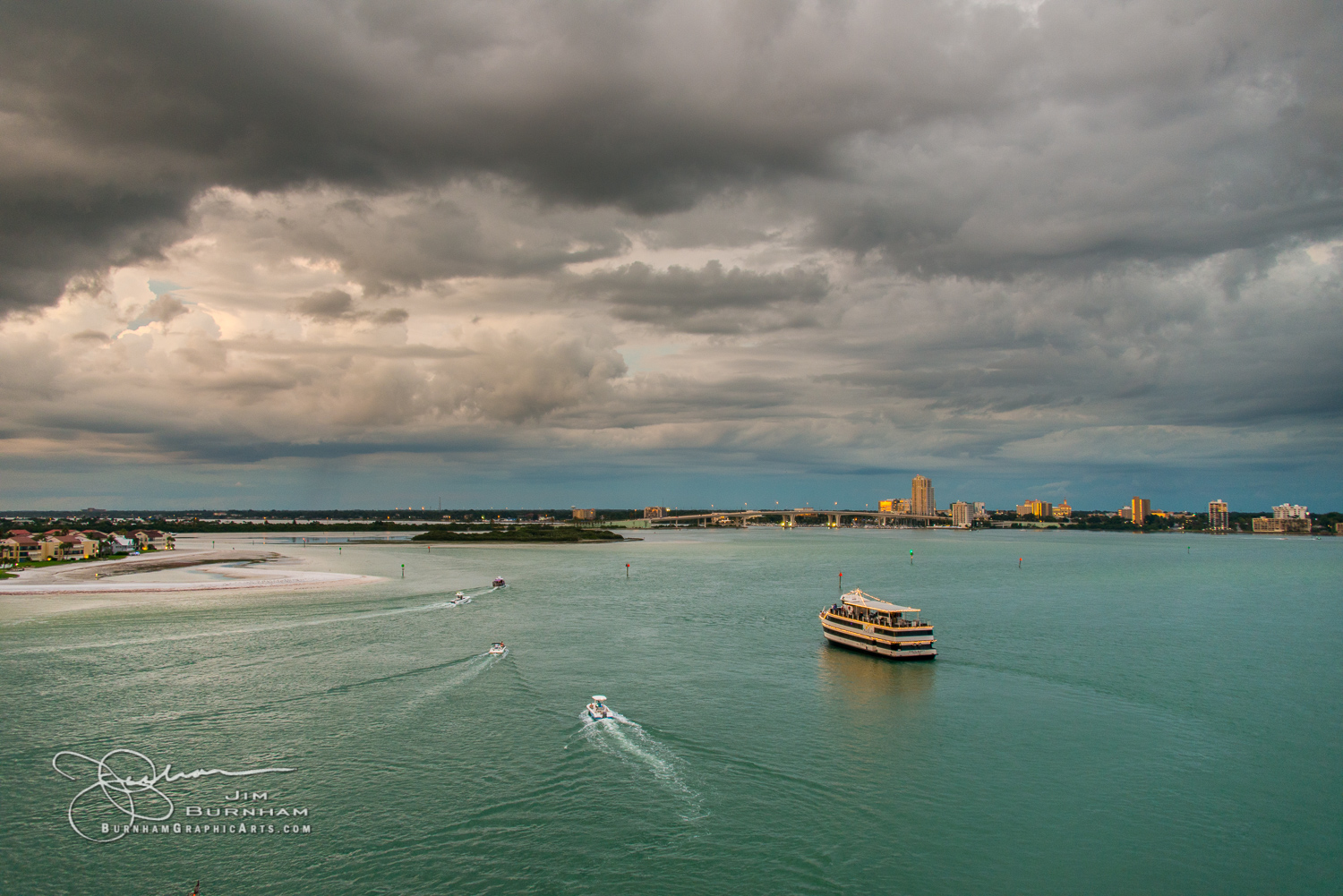 Saturday morning was a sailing trip on The Phoenix with Capt Susi Herrington with Dolphin Landing Charter Boats. We were out to look for dolphins near St. Pete. 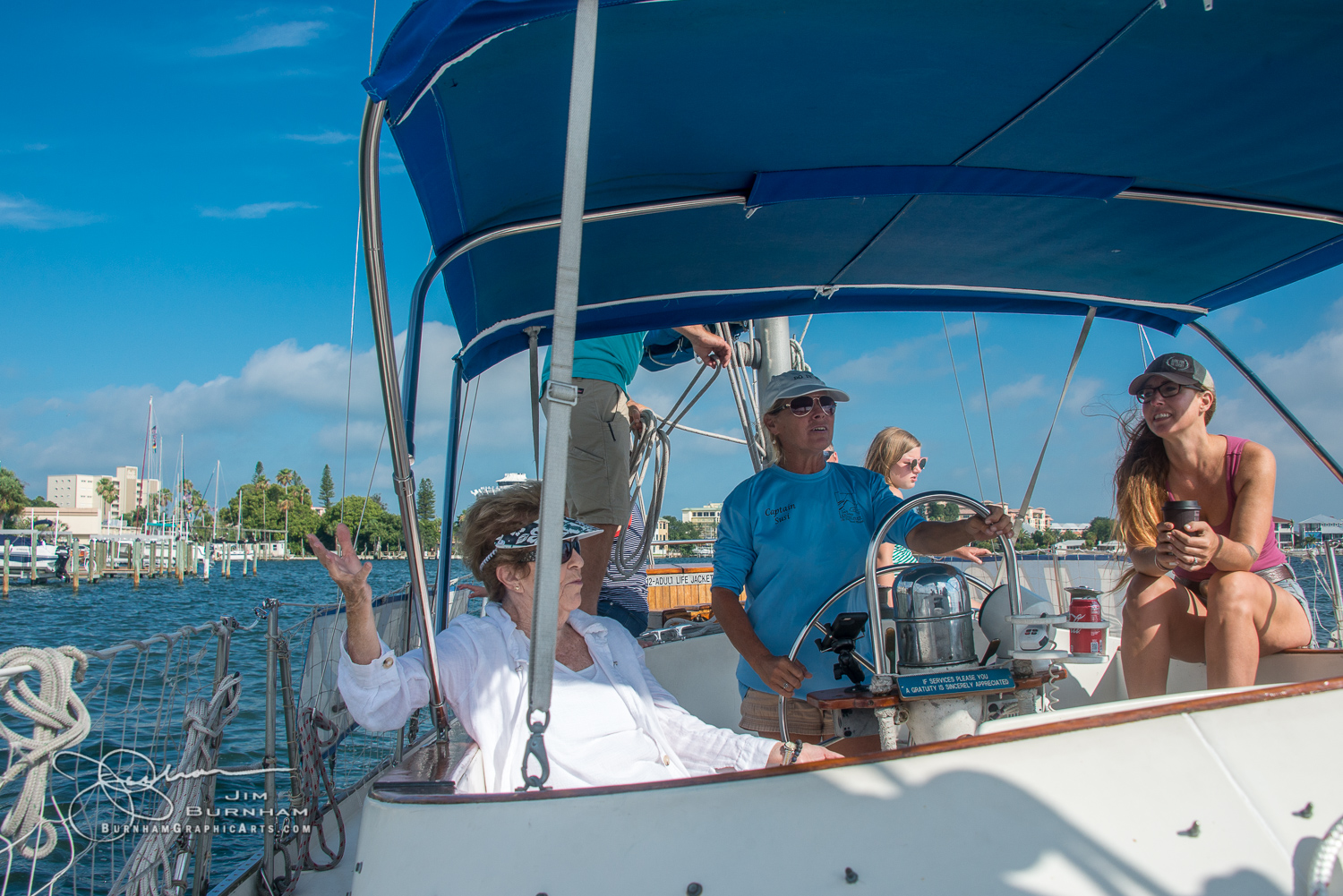 We spotted a mamma and her calf playing around. 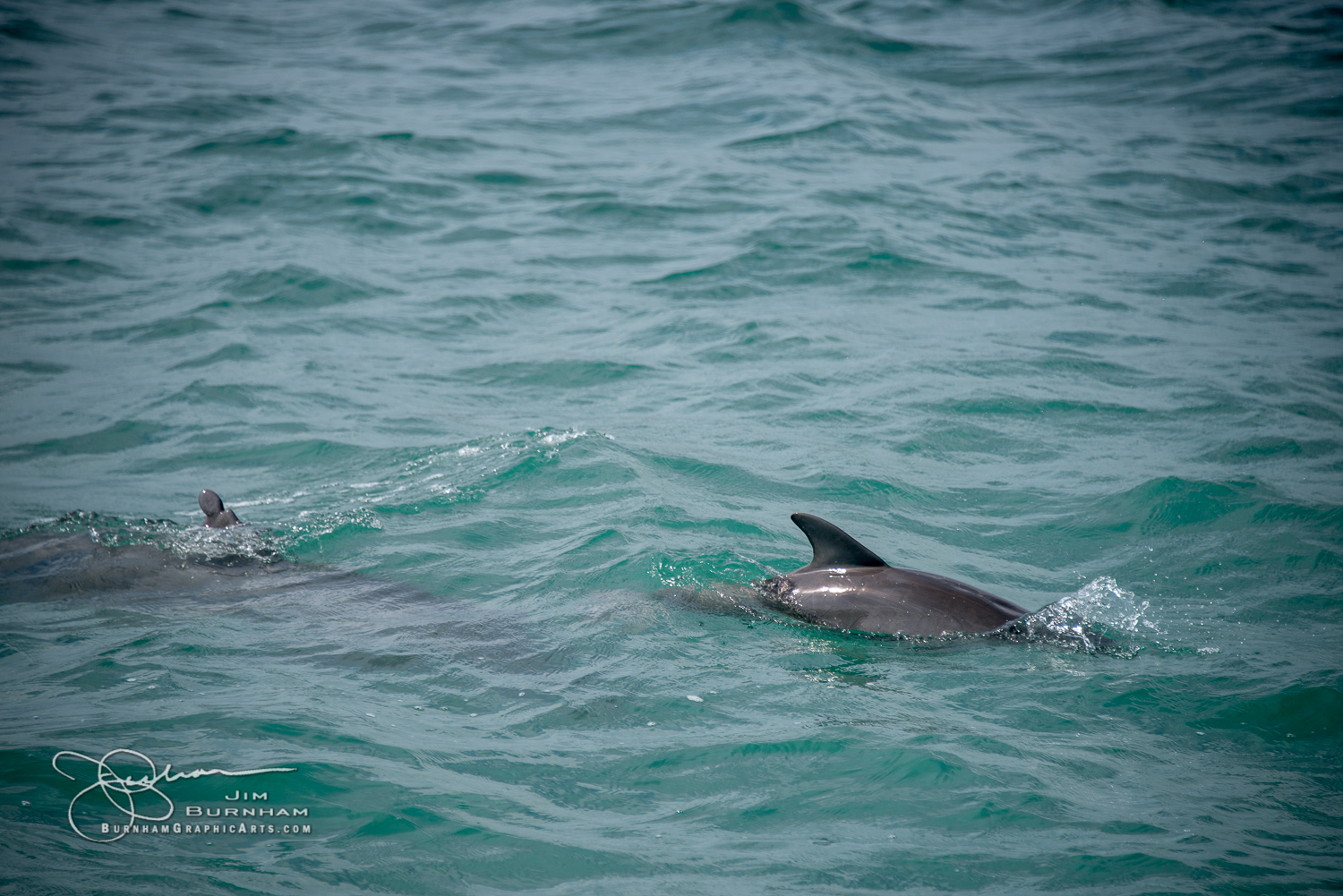 One thing about photographing these animals, they might breach the surface somewhere, then breach again somewhere hundreds of feet away. Then they might not come up for a few more minutes. These things are not the easiest to take photos of at all. By the time you see them, they are gone. The only way to photograph them is if you know where they will be. I did get one decent shot off, but the camera focused behind them. All in all, it was good practice. 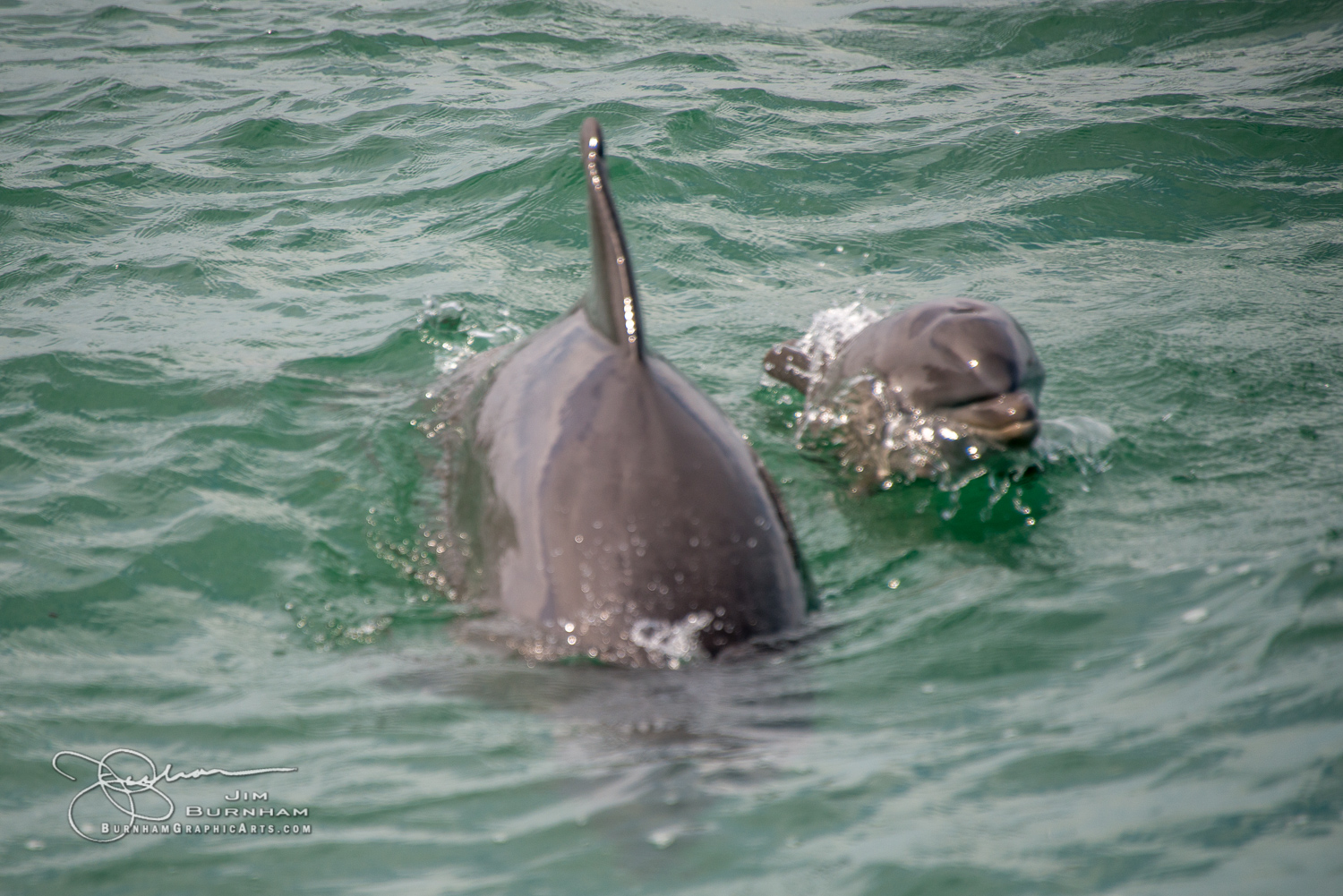 I guess this was not interesting for certain people. Again, to each their own. But, it does get hard to read that phone under that beautiful, bright sunshine. Maybe someone will fix that problem, someday. 😉 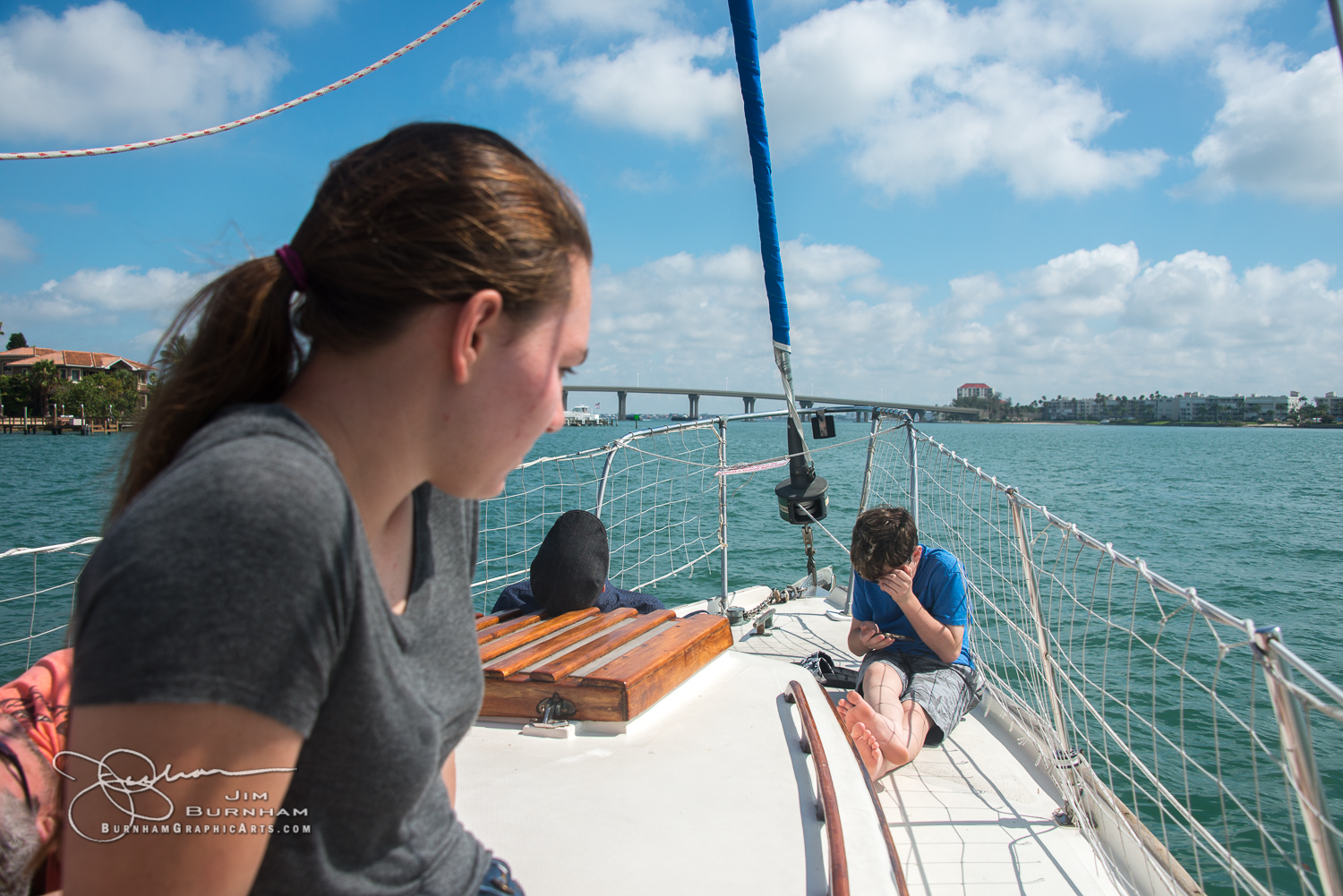 Saturday afternoon was a visit to Winter the Dolphin at the Clearwater Marine Aquarium. Winter was the subject of the movie “A Dolphin Tale”. She lost her tail fluke to damage from being caught in a crab net. CMA rescued her and rehabilitated her using a prosthetic tail, which became the subject of the movie. Their main mission is the rescue, rehabilitation and release of marine life as well as environmental education, research, and conservation.

They are working on a new facility now. 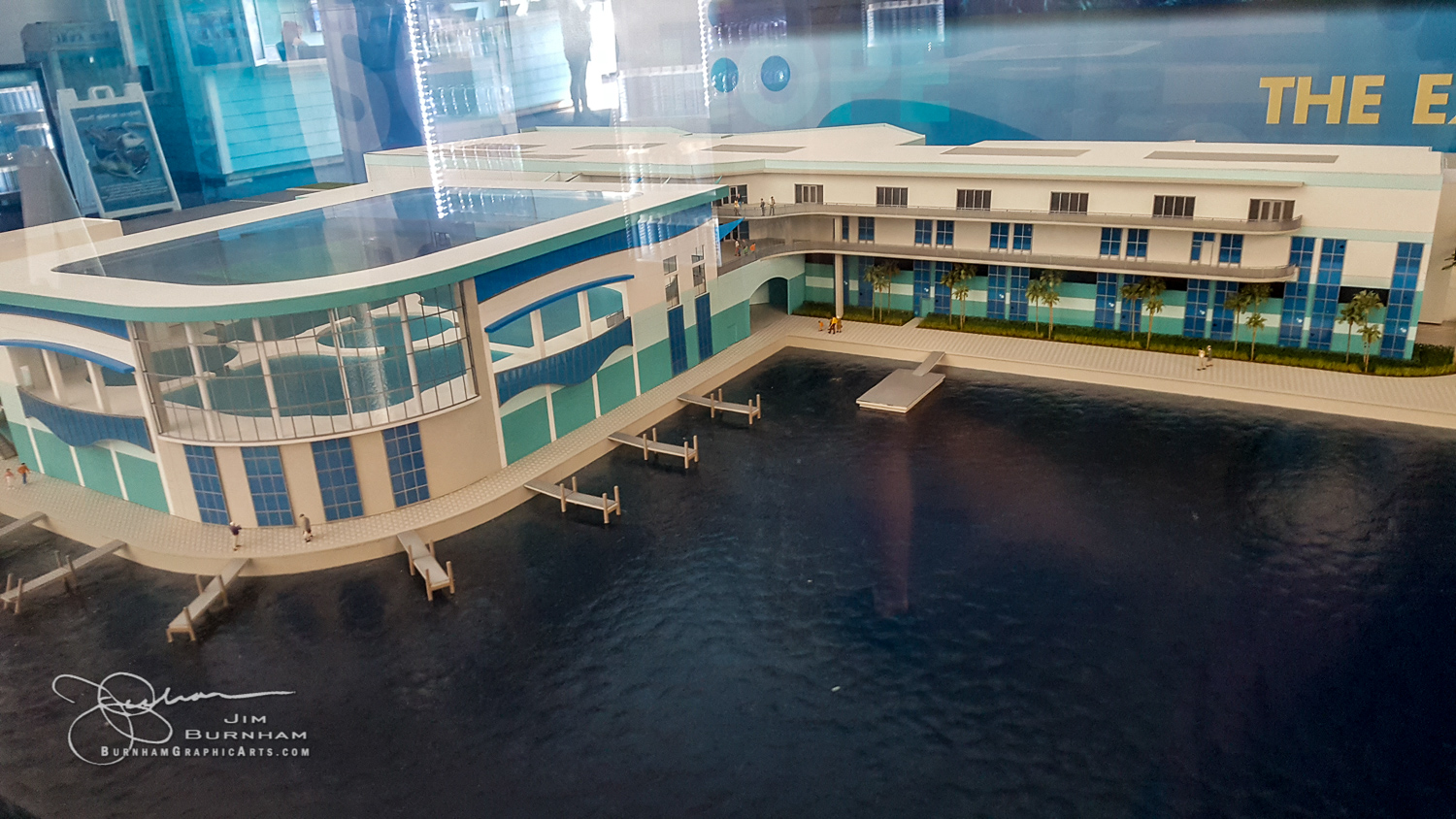 Sunday was Father’s Day. I got to pick the mode of transportation and since I did not get banned from the Clearwater Sailing Center the previous day, I chose a 16′ HobieCat.

I can’t end this without mentioning my beautiful daughter Meredith who made this trip more than just another photo tour.

“Learning to let go should be learned before learning to get. Life should be touched, not strangled. You’ve got to relax, let it happen at times, and at others move forward with it.”
— Ray Bradbury