Listen to our interview at AM580 with Colleen Wares! --  Read the history behind the Leland Report Book
Read the latest stories from the road by Jim Burnham
Report # Photo:
Wildflower Garden Mega Time Lapse
Focus Trek 15 - The ALT Black Hills Photo Shootout Part 2

“In every walk with nature one receives far more than he seeks.”
-John Muir 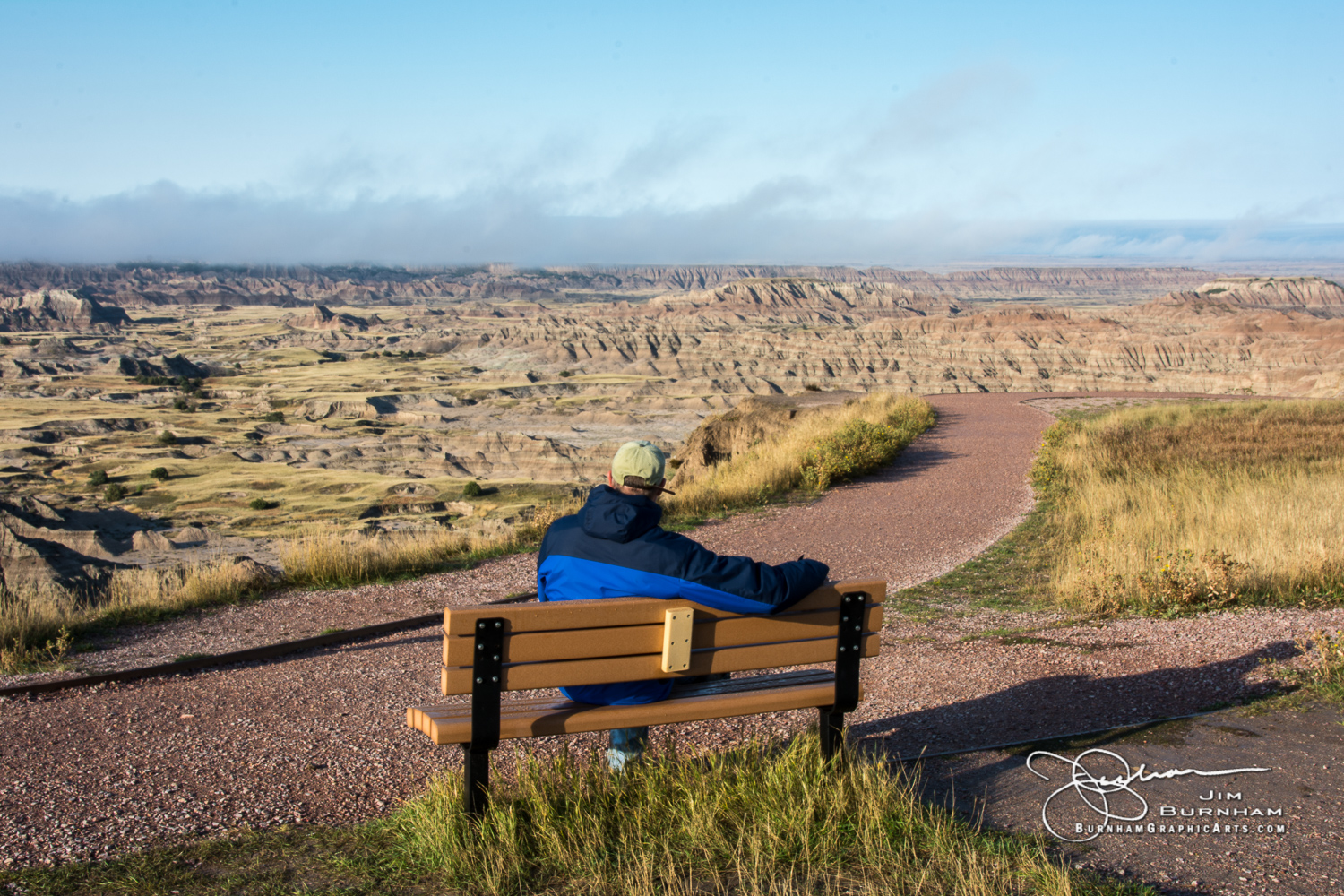 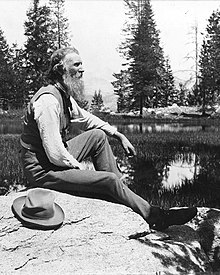 John Muir was the father of our National Parks, a soul beyond compare, and as I roll over the crest of 50 now, an adventurous spirit I can only vainly attempt to match. He was “long unkempt beard guy” 100 years before it became cool again. He lived the life that Ralph Waldo Emerson wrote about before he even read Emerson. And when they finally met in Yosemite at the end of Emerson’s career as a naturalist author, Emerson had finally found his “prophet-naturalist” muse and Muir his kindred spirit. We all need our “kindred spirits”.

So, as I vainly hold on to 50 on the downhill run to 51 and beyond, I feel like I’m at the top of the rollercoaster, but the rest is not all downhill. There have been and will be twists and turns. This year has been challenging to say the least which is why I have not shared any stories since my birthday in February. I personally want 2018 to end, quietly. But I still have plans and those have not changed. 2019 appears to have some opportunity in it. A cross-country trip in June with my sister and niece to haul my extra Sunfish sailboat to her home in Oregon. That gives me some shooting time in Oregon as well as a plane ticket back. I’m sure to report back on that trip.

In July there might be an East coast trip that I’ve been dying to complete since I last used a film camera in the 90s. On my last day on a business trip, I drove up from New York and made it as far as Rhode Island on my way to Maine. 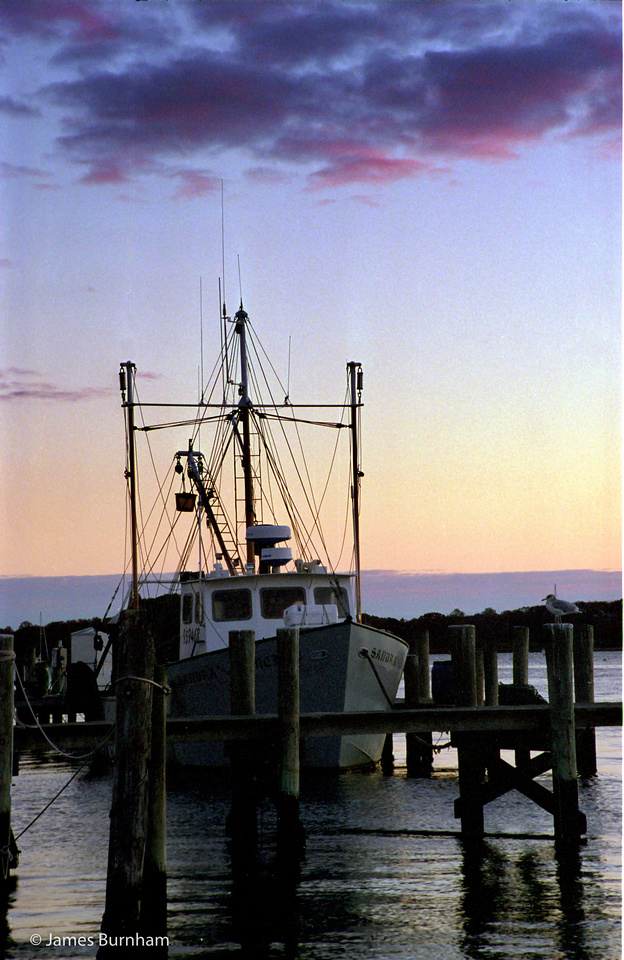 I never got to Maine because I had to catch a flight back to Chicago from New York and I barely made it. My goal was to reach Pemaquid Point Lighthouse, where my ancestors were unceremoniously stranded when their boat, the Angel Gabriel, wrecked in a storm in 1635. If you want an interesting story, look up https://www.amazon.com/Angel-Gabriel-Elusive-English-Galleon/dp/0971343802 .

But this post is about the Black Hills! Again, this is year three! and like Focus Trek #13 from last year and Focus Trek #9 from the year before, I have to say that I don’t usually go back to the same place twice very often (with the exception of the Leelanau Peninsula in Michigan). The Black Hills is an exception because it has provided me with opportunities both photographically and personally that I could never duplicate. I’ve tested my own knowledge and been able to help other people, all while touring some of the most unique and diverse landscapes in the country. 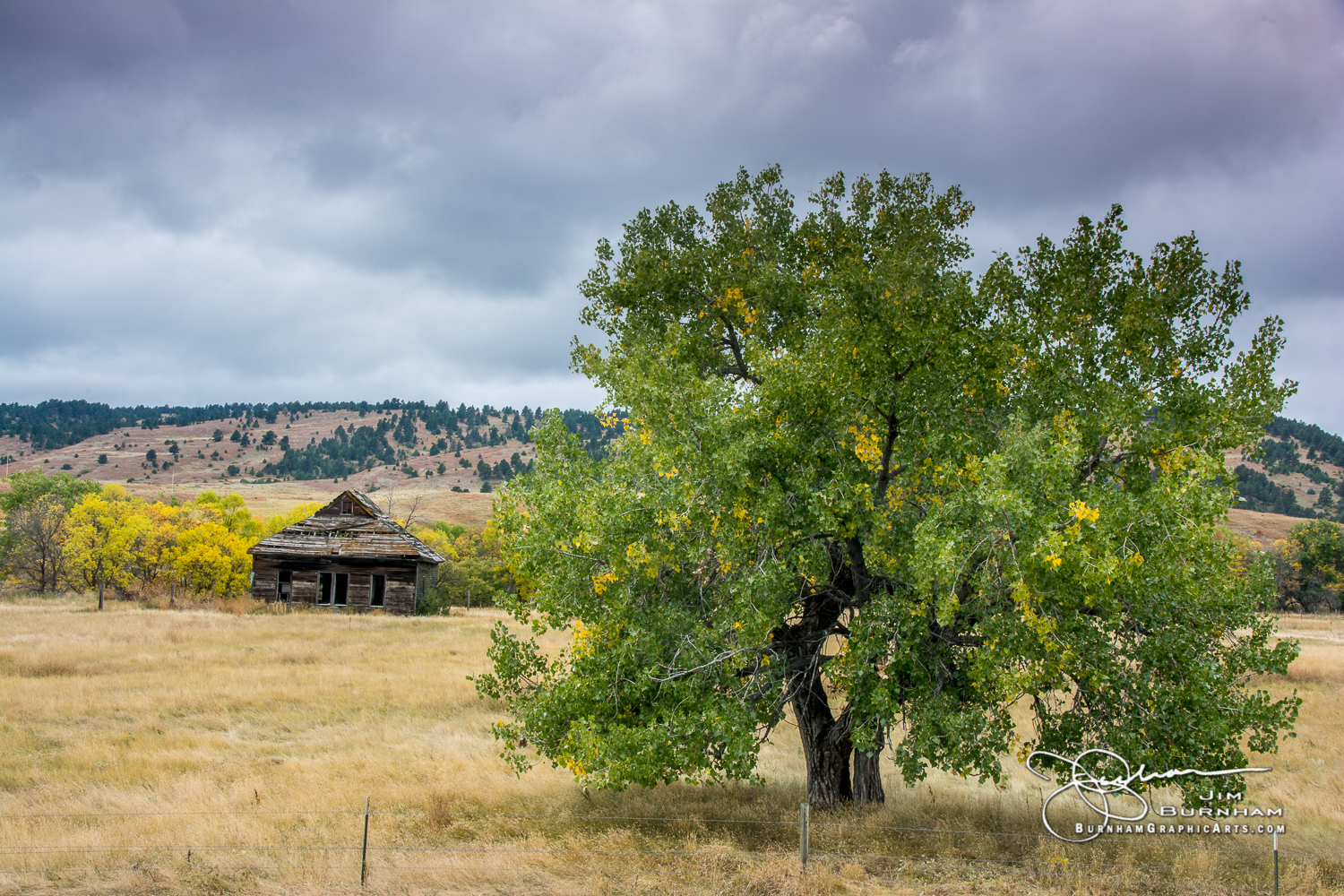 The Black Hills area is an oasis of green cliffs and spires surrounded by a landscape of lush open pasture. Go further East and you find the Badlands, a dry, low-lying world of sediment-striped hills laid out between 25 and 75 Million years ago.

We were up in the highest elevations around 7,000ft where there was still 7″ of early September snowfall on the ground with and a prolific yellow/green landscape of towering aspens and pines … 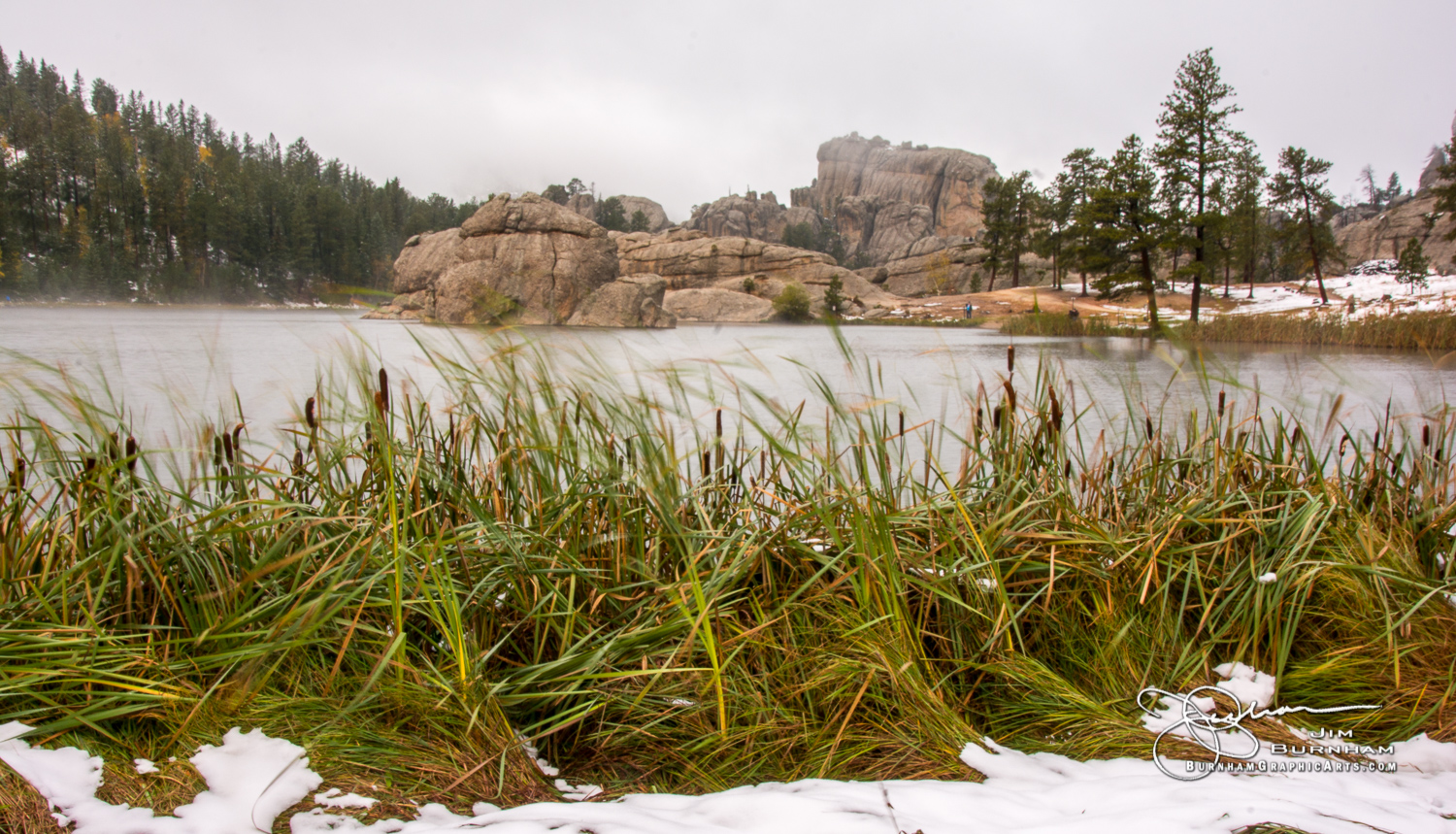 …and down at the very lowest at 2-3,000ft in the Badlands and pasture which is more like a desert than green. 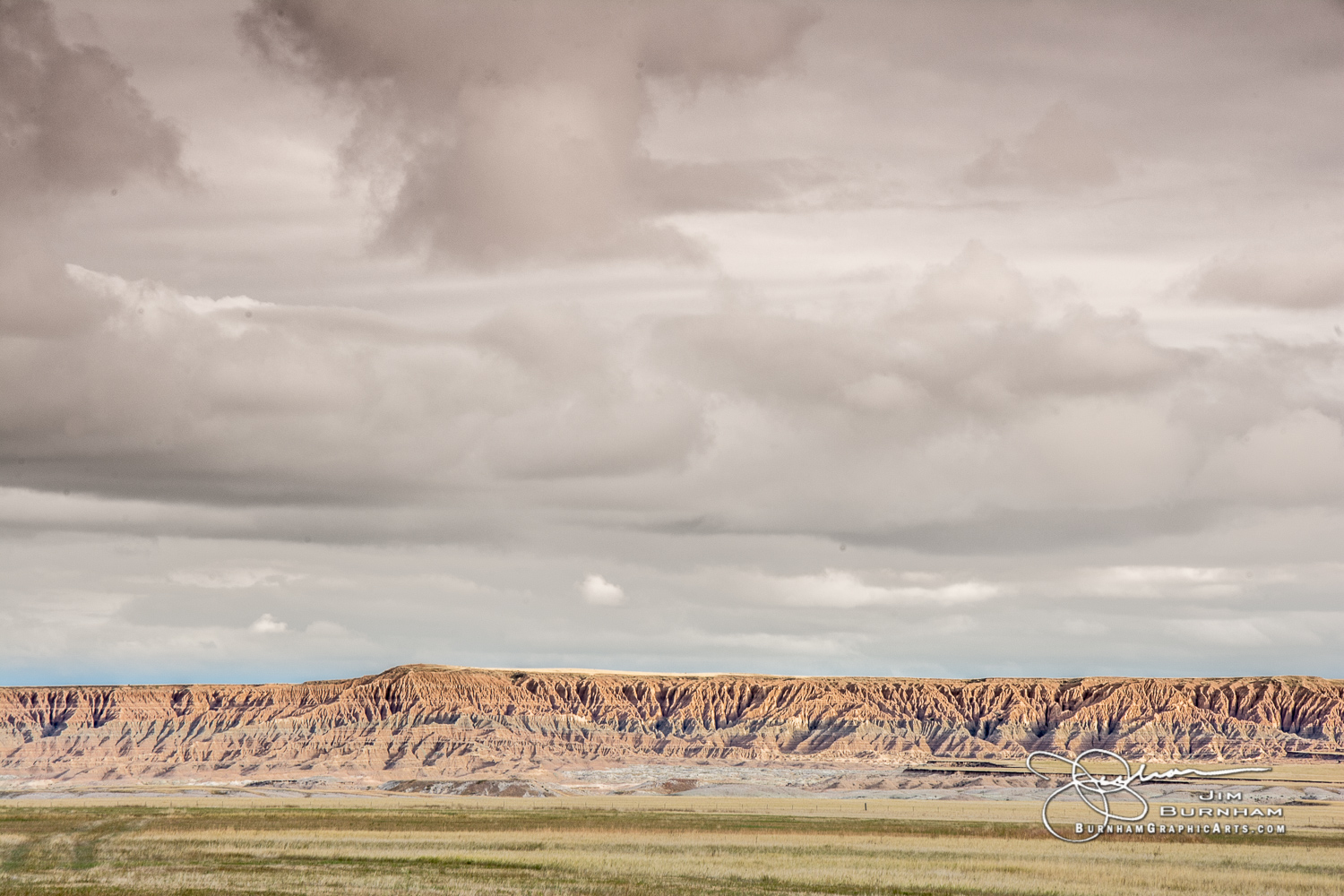 But, this should not be just another bloggy travel tour of the Black Hills, but an essay on winging it, which is right up my alley. I say that because the original photo workshop event that we bought a spot in was canceled, and none of us actually had to go. I think normally in this case, some people might still go, but nobody would connect. It just becomes another photo vacation. But with the efforts of some of the regular workshop leaders, we were able to collect everyone who wanted to be there to learn together and coordinate at the last minute some engaging sessions. Mind you, these were less intense instructive workshops and more self-led, but we were still presented with unique opportunities to photograph landscapes, horses and also some models. For an impromptu workshop that nobody needed to attend, we had 40 some odd people arrive, some from out of state, like me. 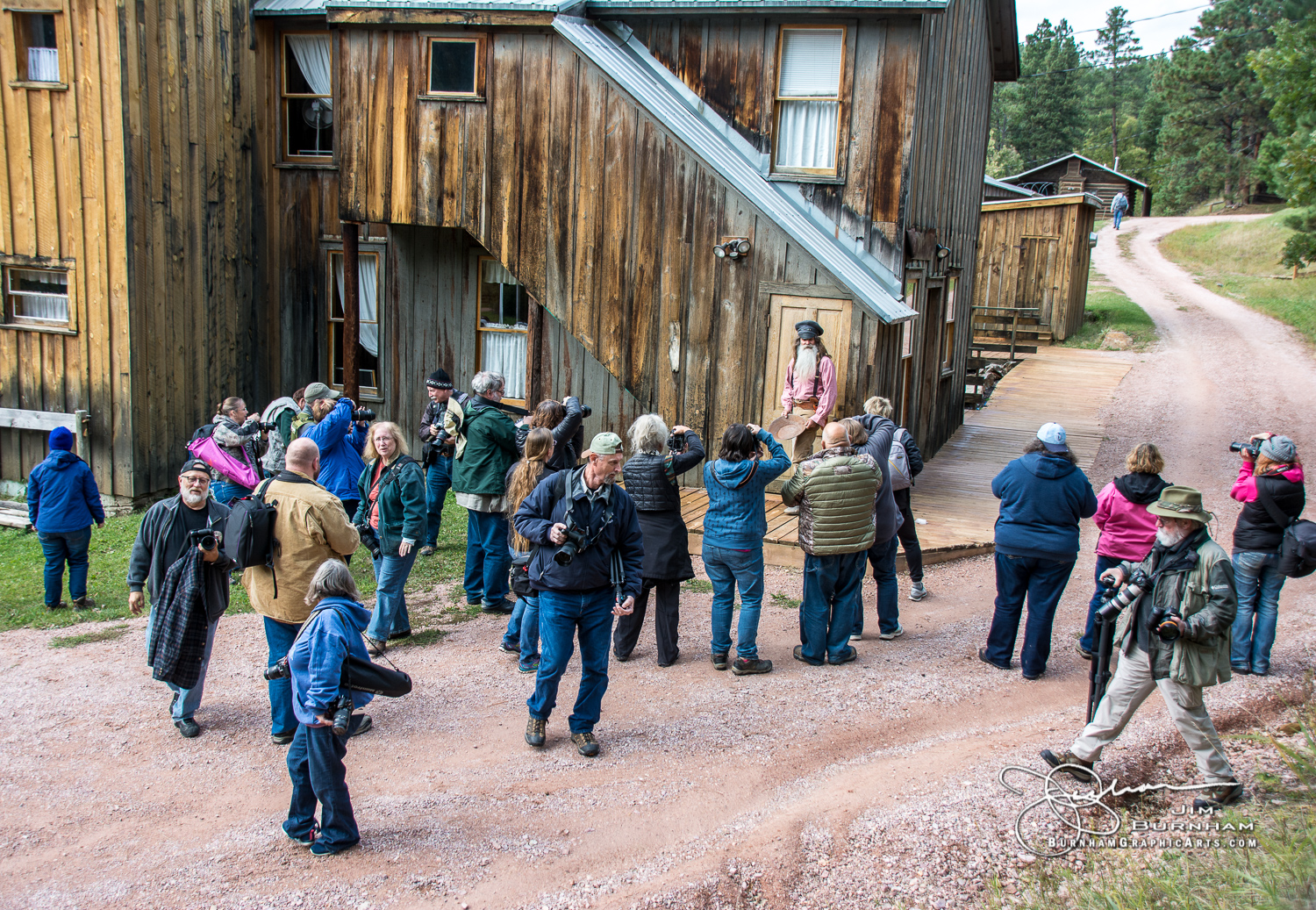 Day 2: No Sunrise at Sylvan Lake, Wandering Around and an Abandoned Mine

A bunch of us stalwart adventurers caravan-ed pre-sunrise to the Eastern edge of Sylvan Lake, which sits two miles directly Southwest of Mount Rushmore up in the higher elevations. Because it was pre-sunrise, we could not see any of the surrounding hills until we left later on that morning. The road snaked mysteriously up through a morning fog and sometimes I had to cram my Yukon delicately through narrow cuts in the rock. 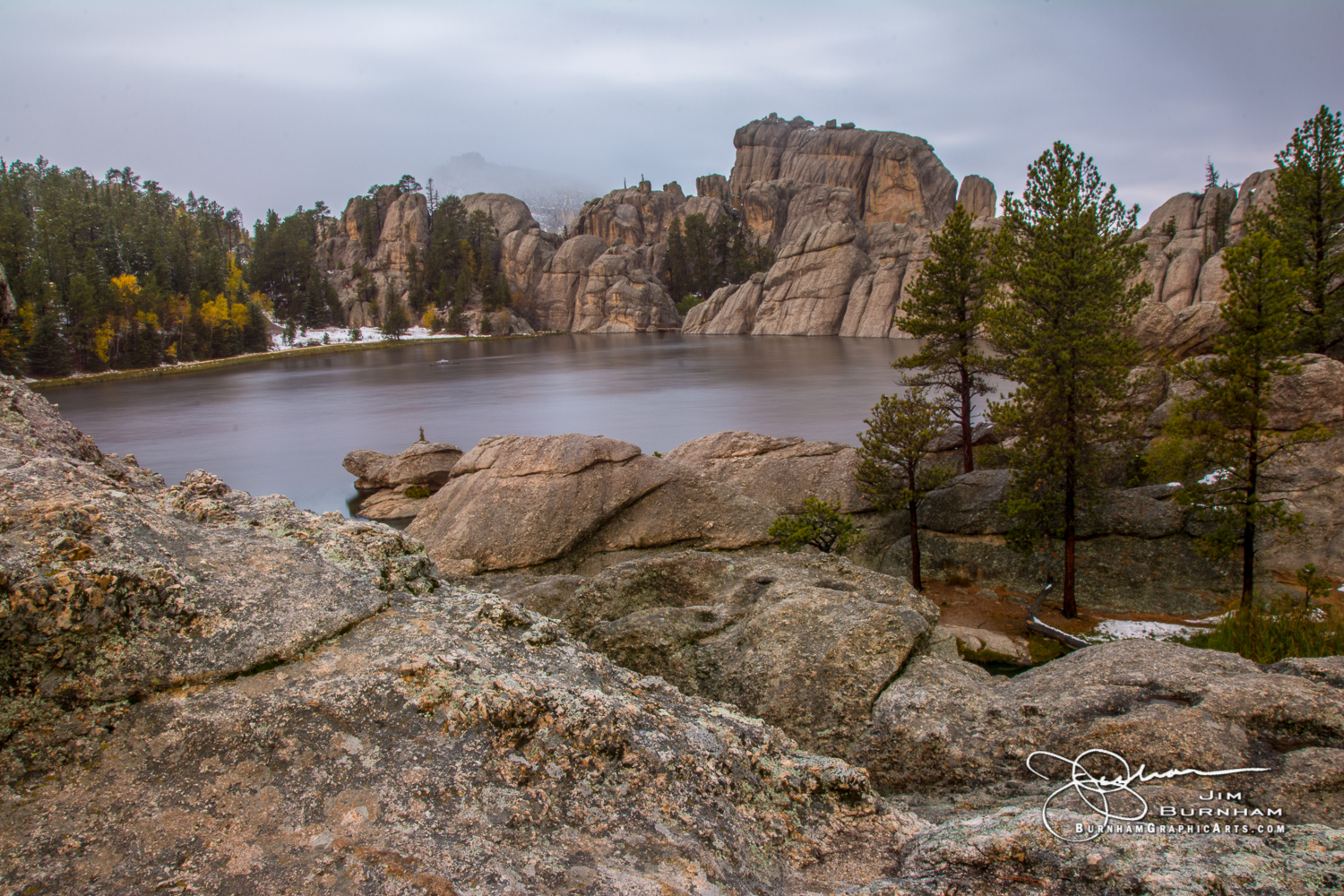 You can never guarantee a perfect morning sunrise. If you drive all this way and don’t get what you were looking for, you went up looking for the wrong thing in the first place. There are no givens here, no scheduled events. If you want that, go to Yosemite in the third week of February to catch the sunset illuminating Horsetail Falls, along with the hundred others doing the same thing. But this morning, there was no sunrise. Well, there was, but shrouded in clouds and fog. 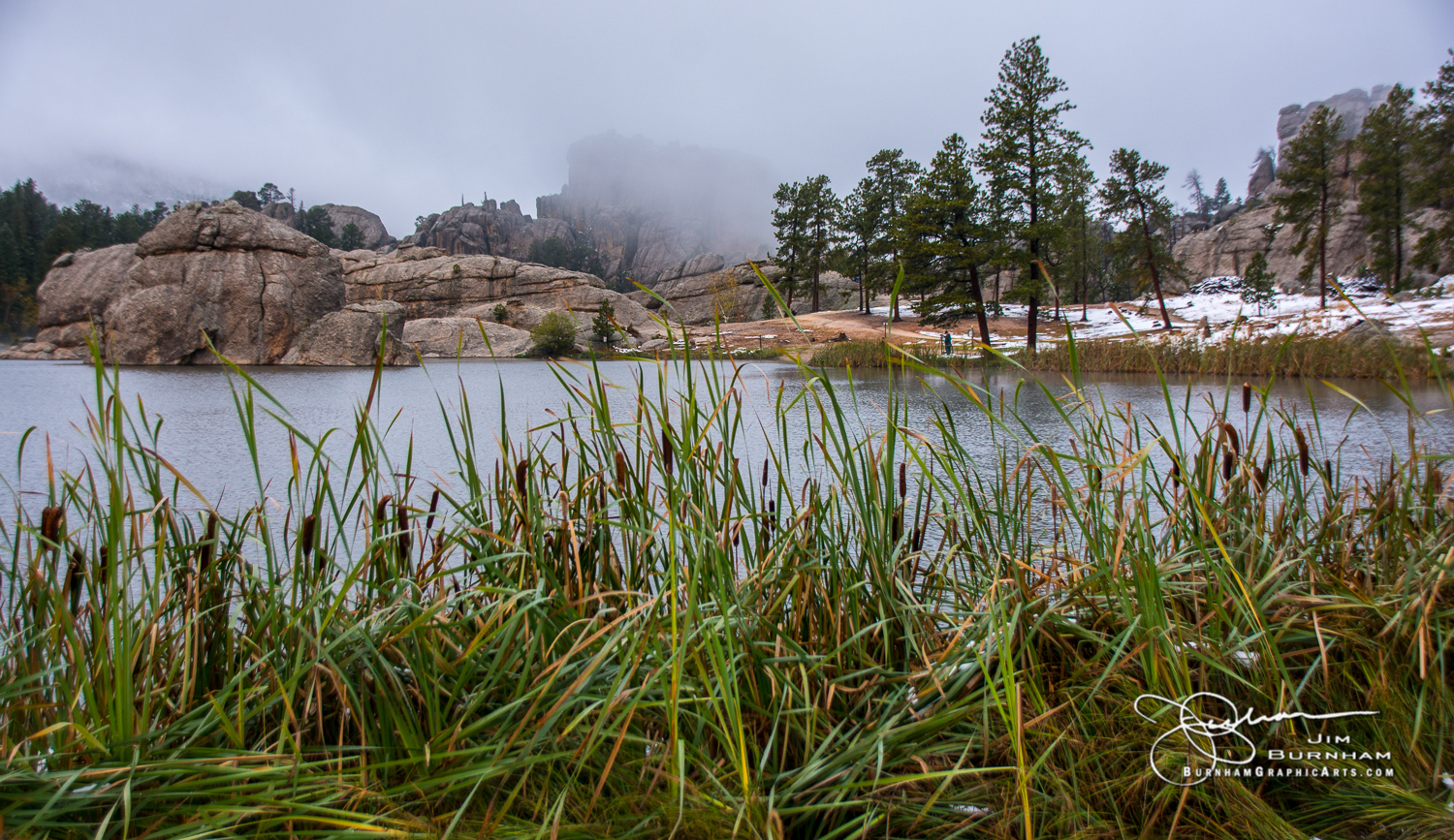 On mornings like this, you look for alternatives to your typical sunrise shot. The sculptured rock formations there are stunning, so getting to different vantage points is key. Look for how the available light plays with the landscape and use it to your advantage. Take advantage of the fact that there are no harsh shadows in the forest. I think the photo below would have been much different with dappled sunlight hitting everything. 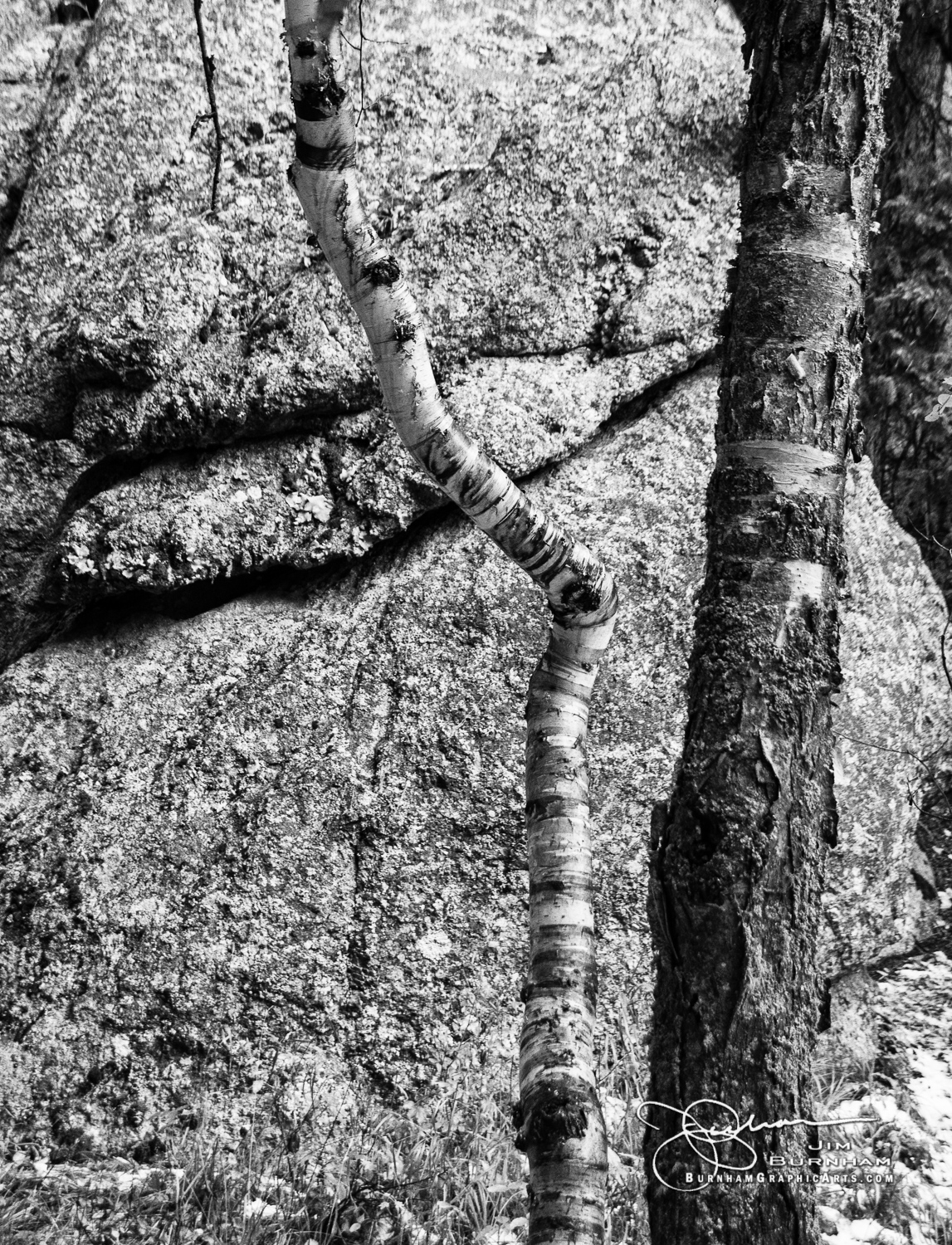 Look up, look down, go in tight, go wide, experiment. Look through the lens as if what you see was hanging on your wall, if it doesn’t look good, move on.

Look for wildlife. If they aren’t too spooked, they might hang around. These Mule Deer weren’t too concerned with us, even after Leyla yelled: “There’s Mule Deer over here!”. In her defense, she started out quieter, but they didn’t seem to care. But even with calm wildlife, it takes patience to find the right composition. In this case, I’m looking for: 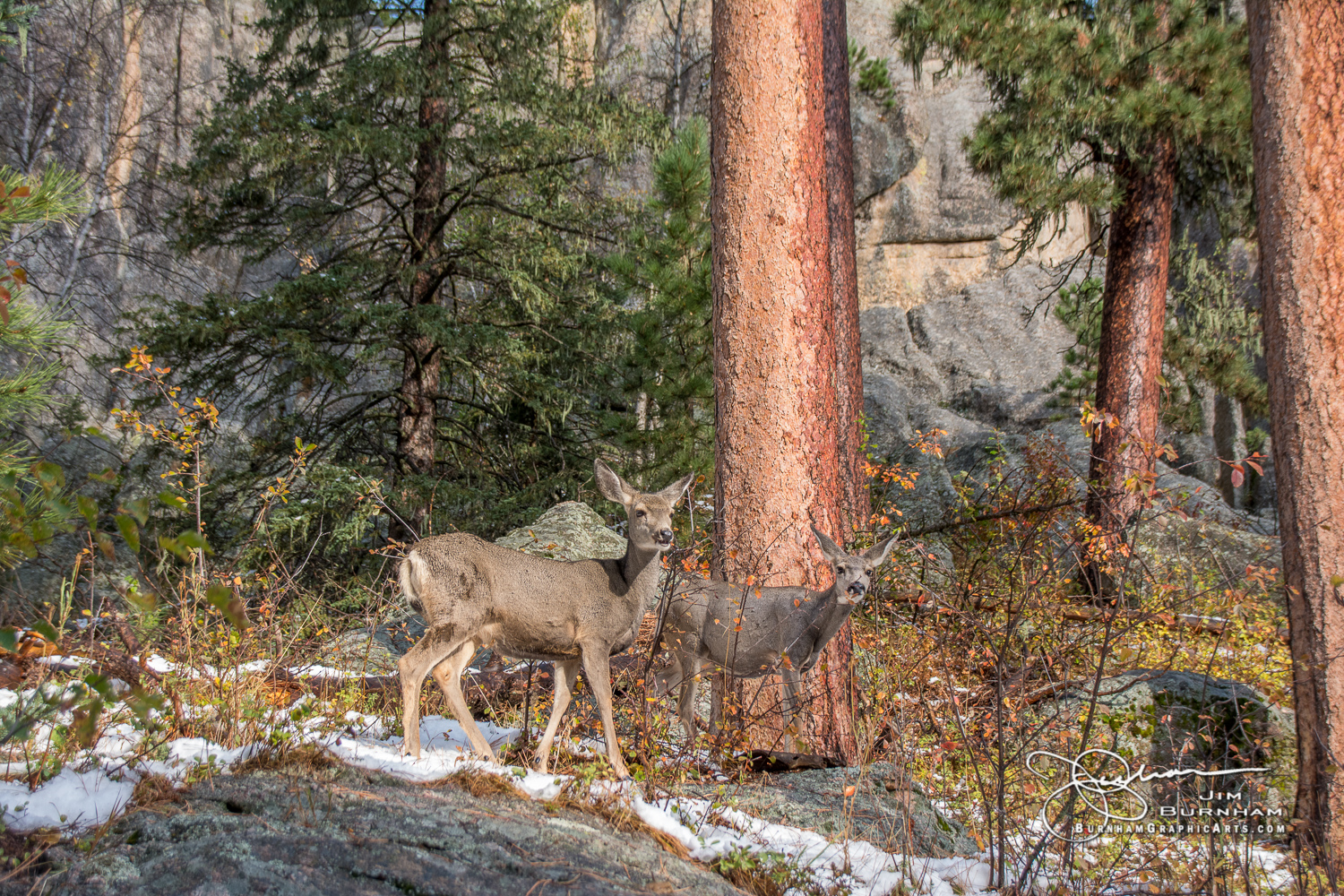 1) Is there enough light? In this case, I had foggy, filtered direct light, perfect.
2) Expression, how is the animal standing, where is he looking? This wasn’t the only shot. I took 30 or forty like this, but this showed them the best.
3) Environment, do I have a relatively natural foreground/background free of “the hand of man”? I’d say so.
4) Simplification, An uncluttered background? Since this is a forest, it will be cluttered, but I shouldn’t have too much. The cliff wall eliminates any background distractions. The huge tree trunks are a bonus element relating more to #2. 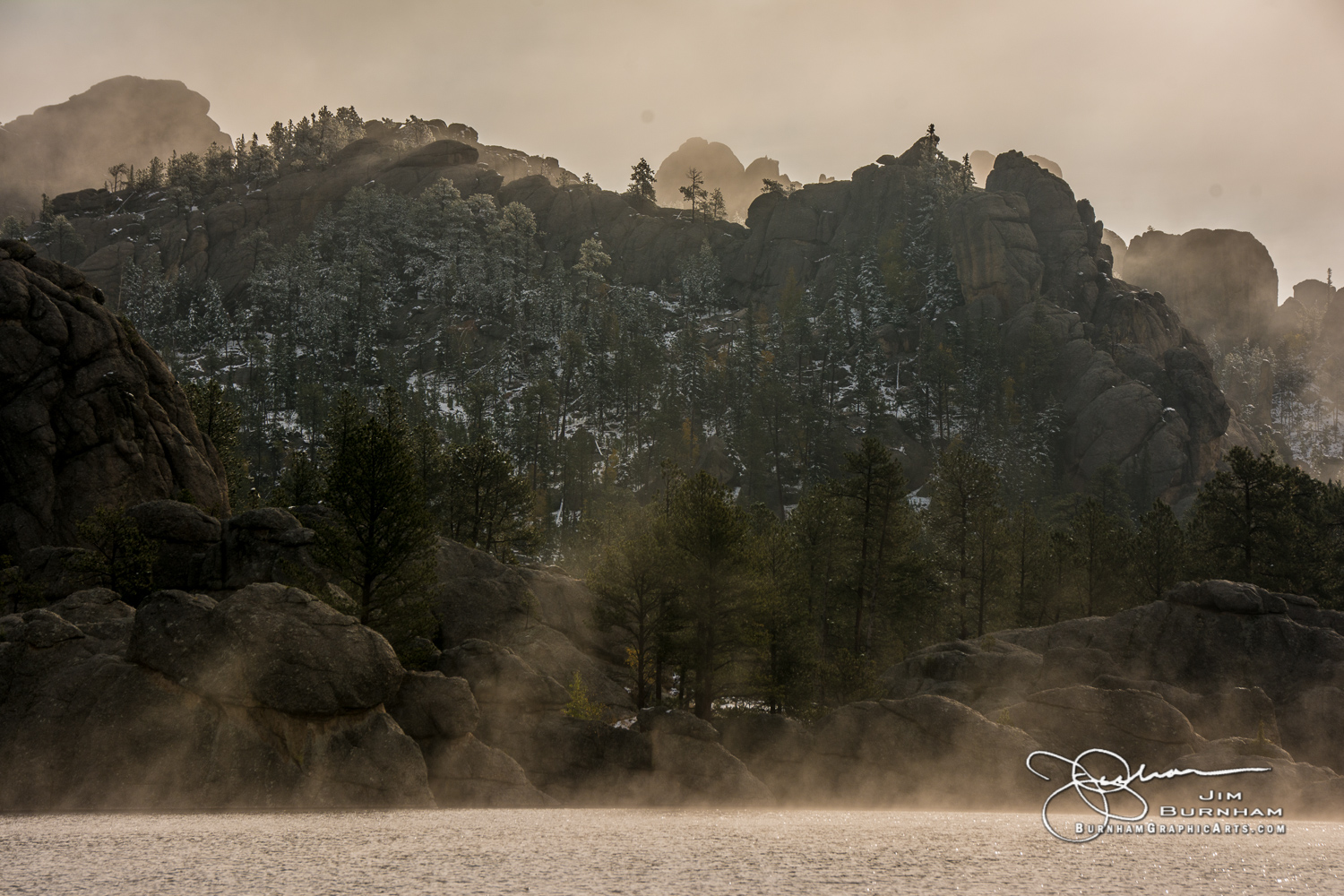 And don’t be afraid to shoot toward the sun. Here we had a beautiful backlit scene with the sun just off the frame on top. Sure, the dynamic range was crazy. But, you expose for the highlights and accept some loss in the shadows. The latest craze today with High Dynamic Range would be to bring all the details out in the shadows by shooting another photo exposing for them, and blowing out all the highlights. You would then merge the two together. But this is one shot. This is what I saw. I’ll HDR sometimes, but I have my limits.

There is nothing like heading in a direction, maybe with a goal, maybe without, and just stopping where you find images. I was fortunate to travel with two friends from past year’s shootouts, Janet Schill and Mary Voigt, both North Dakota portrait photographers. I had a truck with 4WD that was WAY too big for me and I owed Janet from last year. She drove me around looking for my car after a workshop only to find I had actually DRIVEN IT TO THE WORKSHOP. But in my defense, it was a late night light painting workshop and I was dead tired and it was dark! So, yes, I was 100% determined to find a car that was not actually lost. The best kind! Anyway, these two talented pros made it fun, otherwise, I would have driven that massive car around by myself. Always fun to get lost with other people. 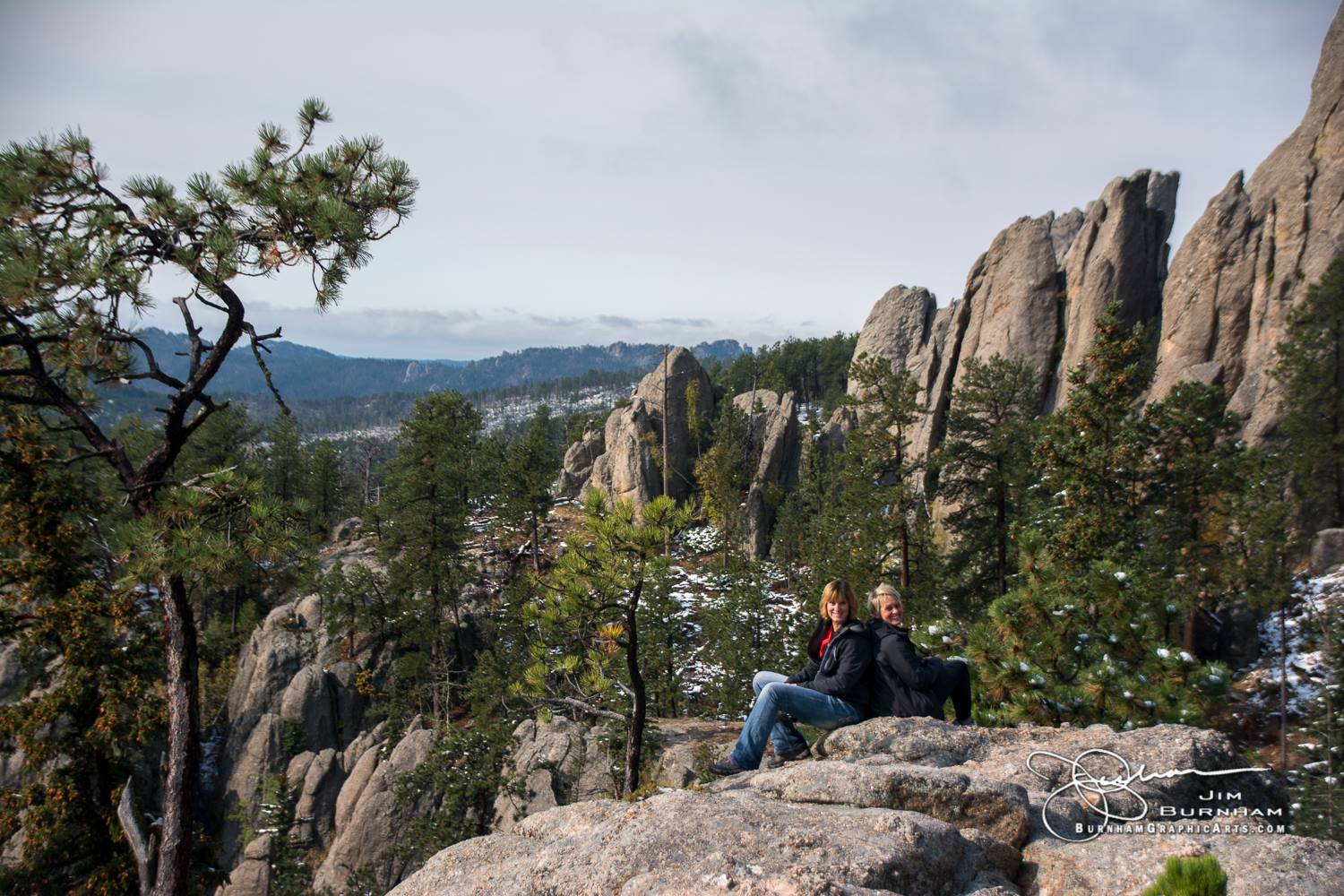 On a failed quest to find a waterfall before Mike Wolforth’s Portrait workshop, I stumbled across Falling Rock Road on the way back and returned to again later.

The first day, I took a long drive down into the Badlands and back and stopped an expected number of times. You have to be ready to U-Turn at any given moment. SD highways have many opportunities to U-Turn as they have roads coming off the open range everywhere. In the Midwest, it’s “Authorized Vehicles Only”. How repressive!

So, our goal after Sylvan Lake was to see the Crazy Horse Monument but we stopped so many times to take other photos that we ran out of time. So we drove by it, waved from a distance and headed back into Keystone. Our afternoon workshop the first day was Otho Mine, an old 1800s Tin Ore Mine, and camp for disabled children. You can read about that here: Meeting the Need 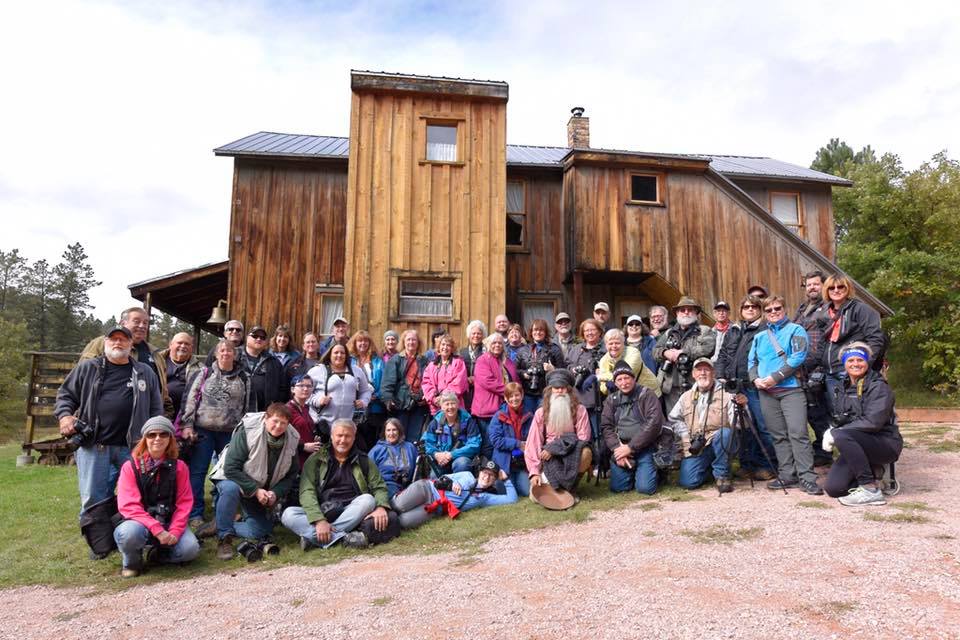 Photo by Barry Brown. This is the group of stalwart adventurers that ignored the canceled weekend workshop event two weeks ago and came out to shoot anyway. Location: Otho Mine and Meeting the Need Camp

I counted 40 odd determined photographers all gathered in this one area. Most of them caravaned from Rapid City together, but since we were already in that general area, we decided to get written directions to the mine. These were the directions as far as I can remember:

Fortunately, we skipped right to #7 shortly after #1.

Tony was our model who fit the part of the old grizzled miner. I got some of Tony, but I am not a portrait photographer, so I spent most of my time looking for other subjects. I did venture into my discomfort zone. I’m getting better! 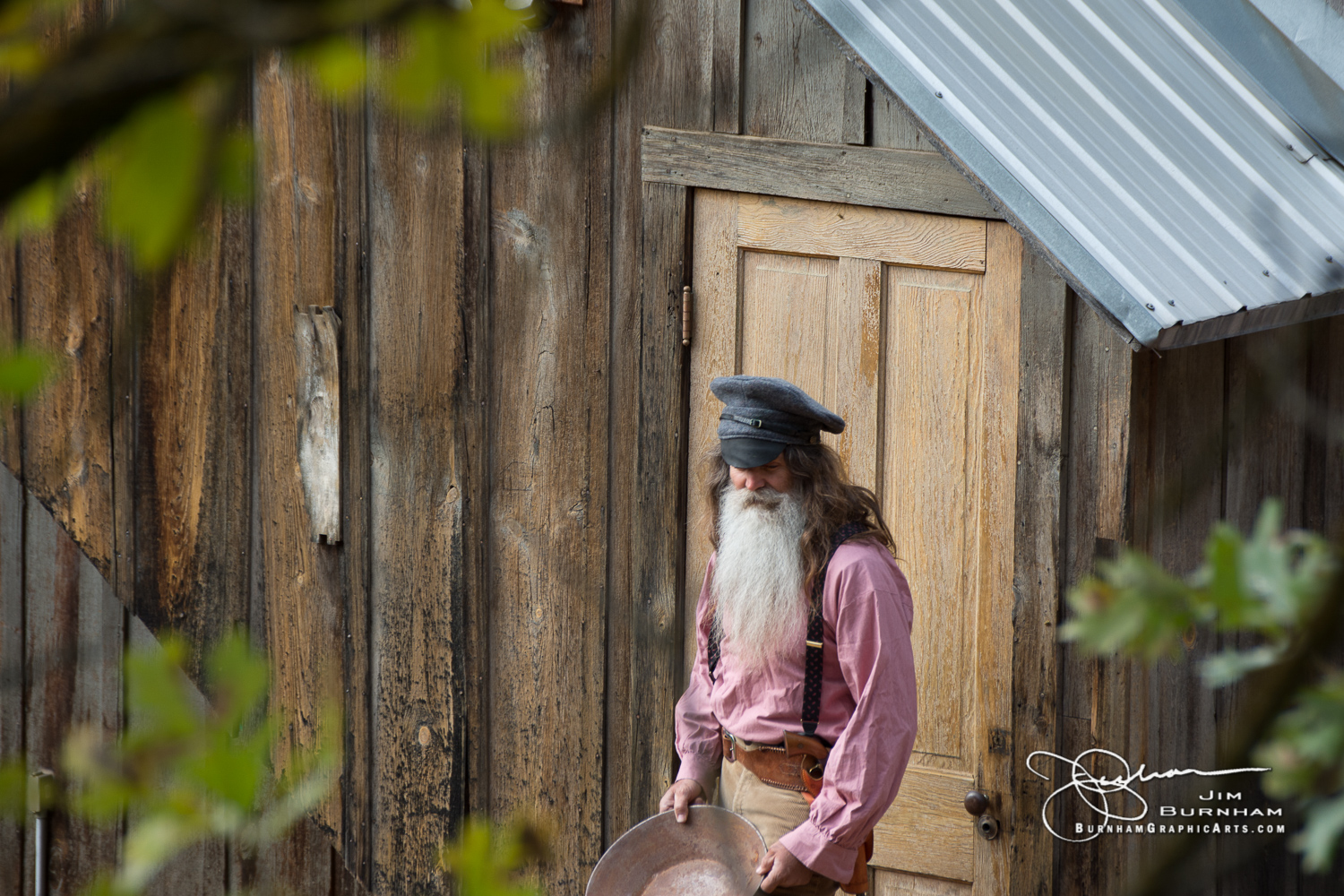 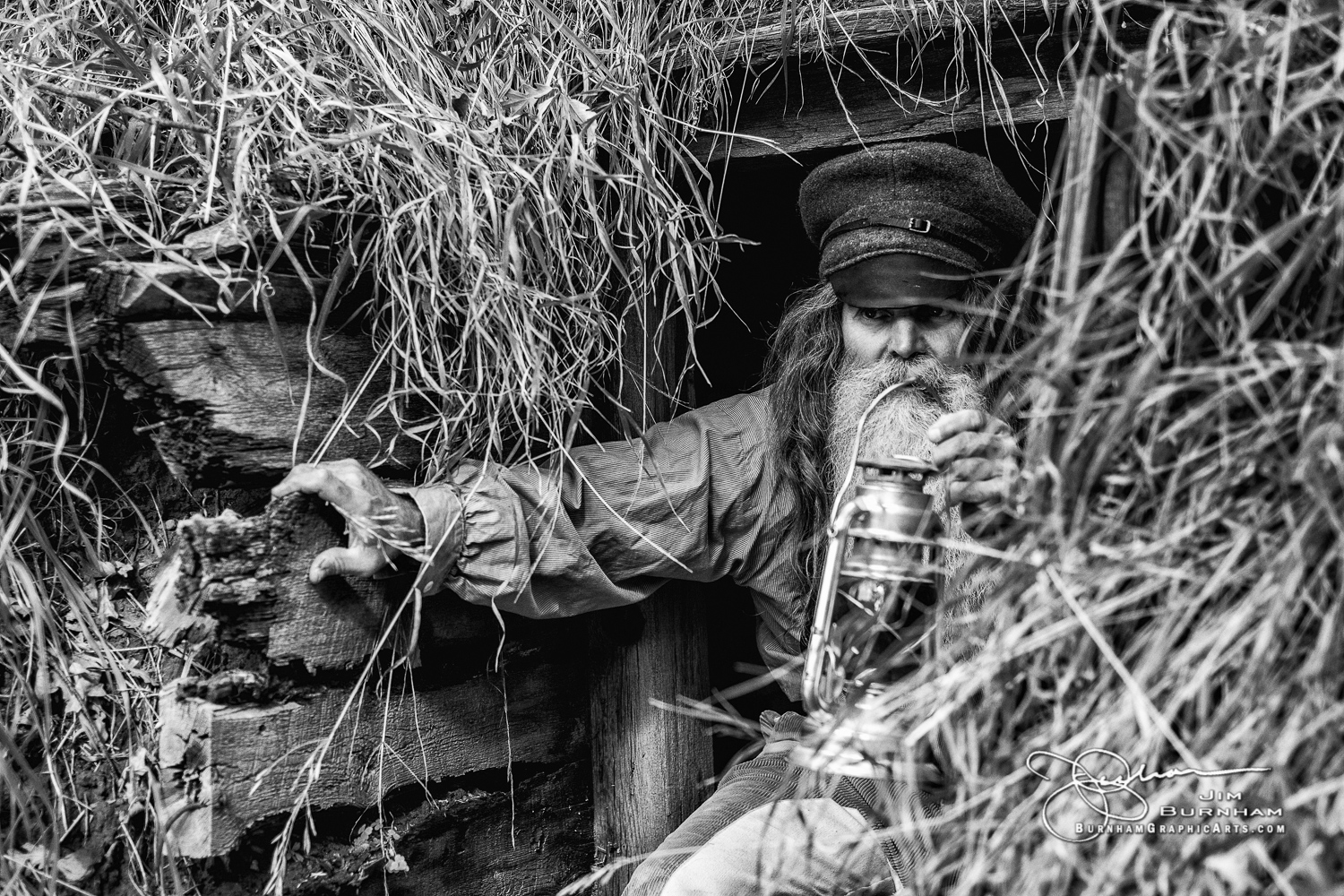 My brother from a different mother, Fred Rodgers, had the same idea. At one point, we talked some turkey. 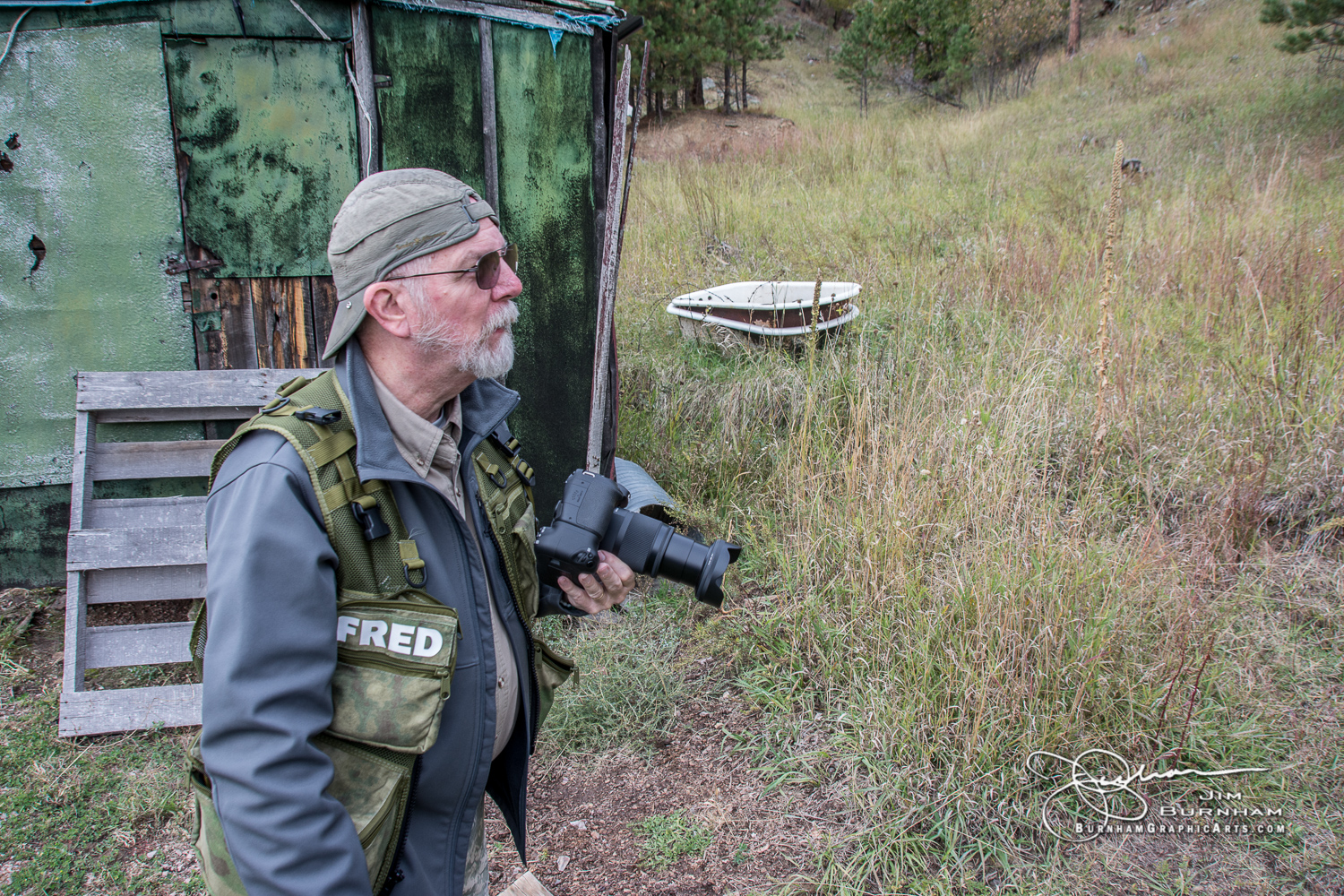 Fred is amused that a bathtub is taking a bath 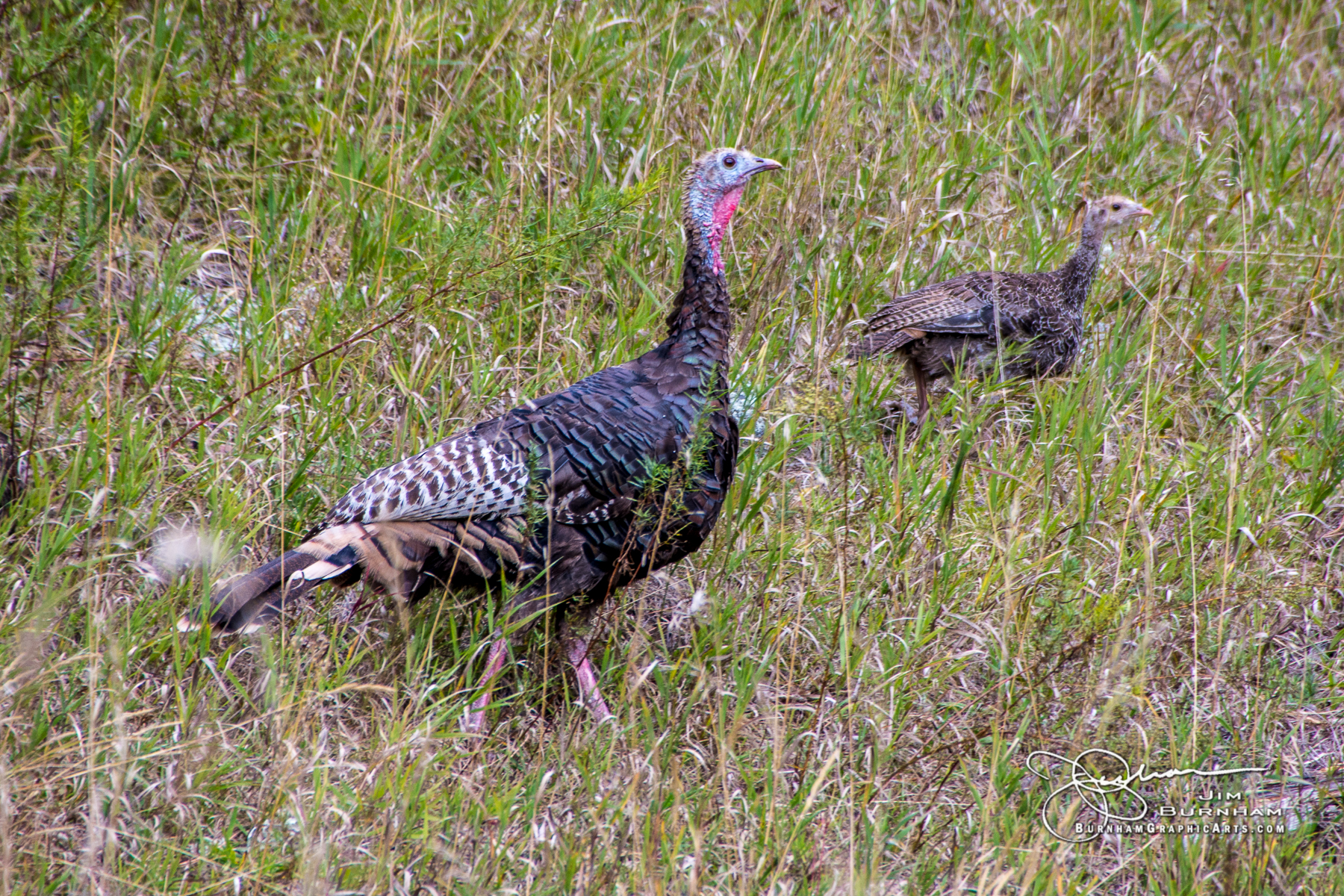 The mine was interesting, but not with 10 other people inside with you. I’d like to be there alone with lights and unlimited time. I was usually where everyone wasn’t.

And, although Fred allowed me to use a portable LED light box, I managed to lose the bolt that connected it to its mounting plate. I looked for it, Fred, I did! But I think it might be in that bathtub with the barbed wire and beer bottles. Don’t tell Mom!

In the next article, Falling Rock Road, Portrait Studio with Robert Yellowhawk, the Nelson Horse Ranch and what I came for, the Badlands.