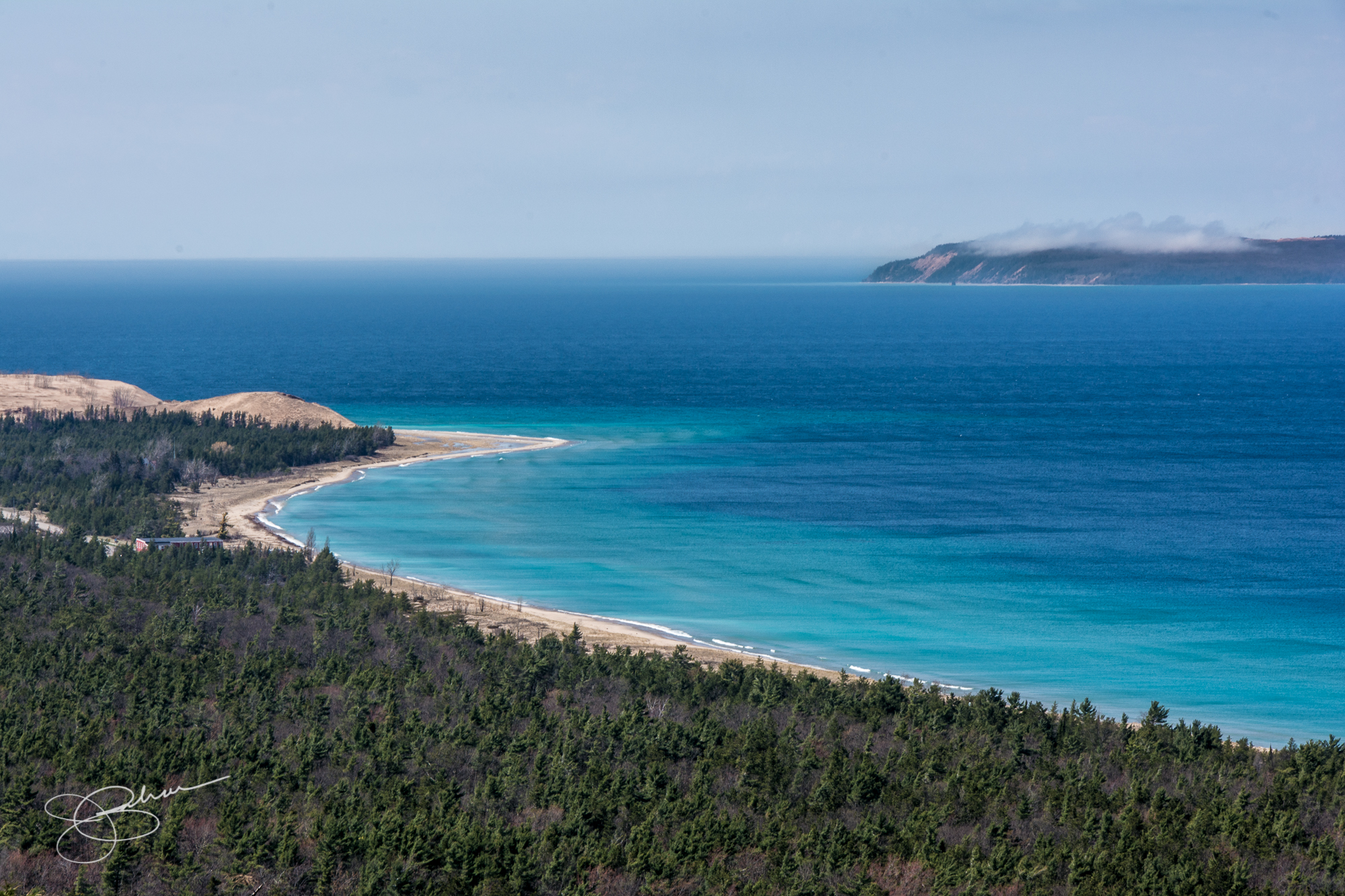 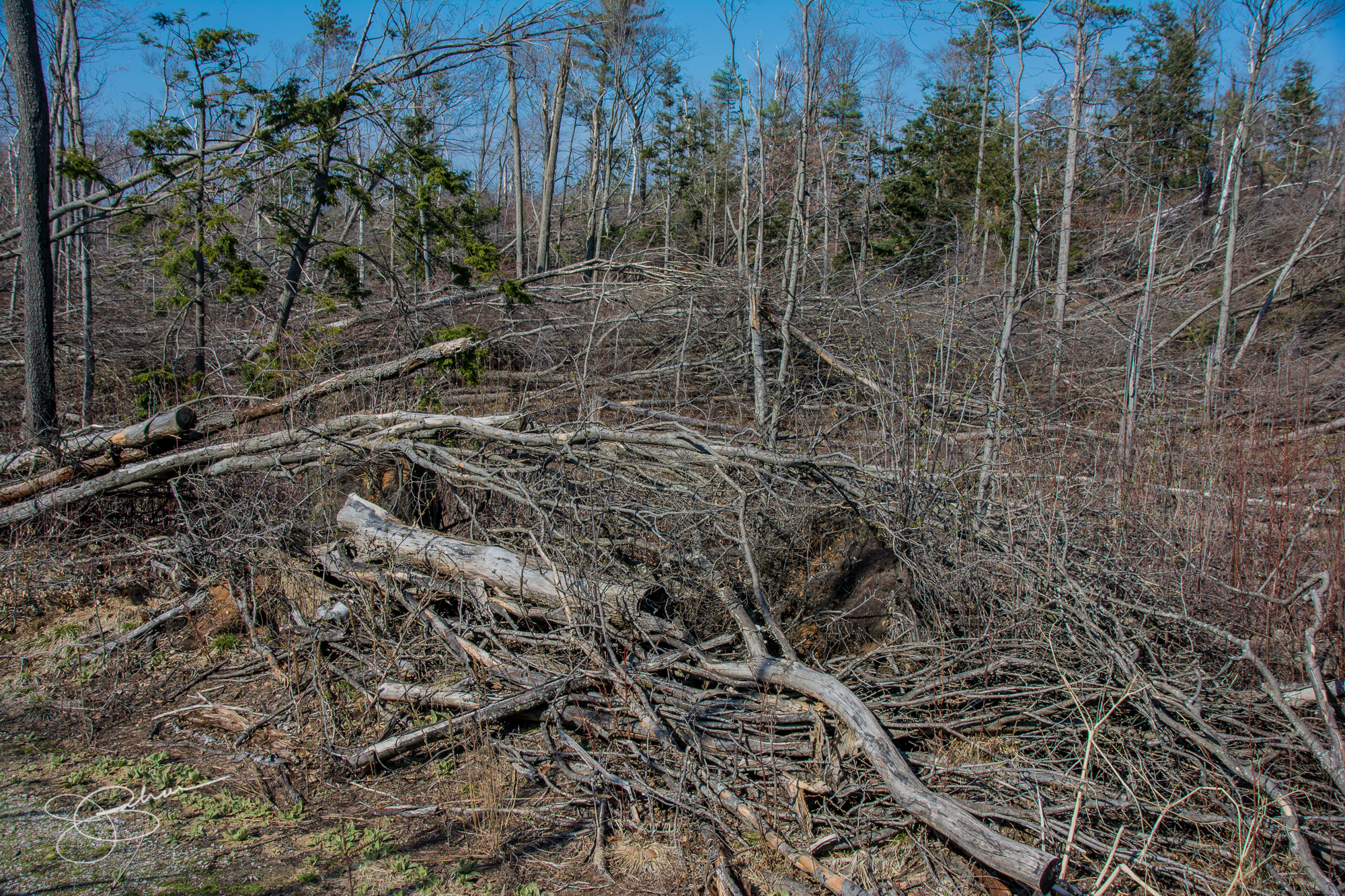 (Report by Jim)
Ok, last one for me this week. I’m heading back to Illinois tomorrow. I accomplished everything I came here to do and I have something for everyone today. First, I picked up an annual National Park System Pass at the Philip K Hart Visitor Center in Empire (M72 and M22 if you are interested) and headed up to Alligator Hill in Glen Arbor. It was raining all morning, but skies cleared up around 3pm. The main photo is from the Manitou Passage overlook at the top of the hill. On the left is the end of the Sleeping Bear Dunes trail with the Glen Arbor Canning Co building in the middle left (where I took the sunset photo from a couple days ago). The second photo is an example of the devastation that happened in 2015 when the straight-line winds came through. This hill was hit really hard and the evidence is on the entire trail (I took the long route and saw quite a bit). It took a lot of work to clear this so hats off to the volunteers and park system employees that made that happen (and still do). 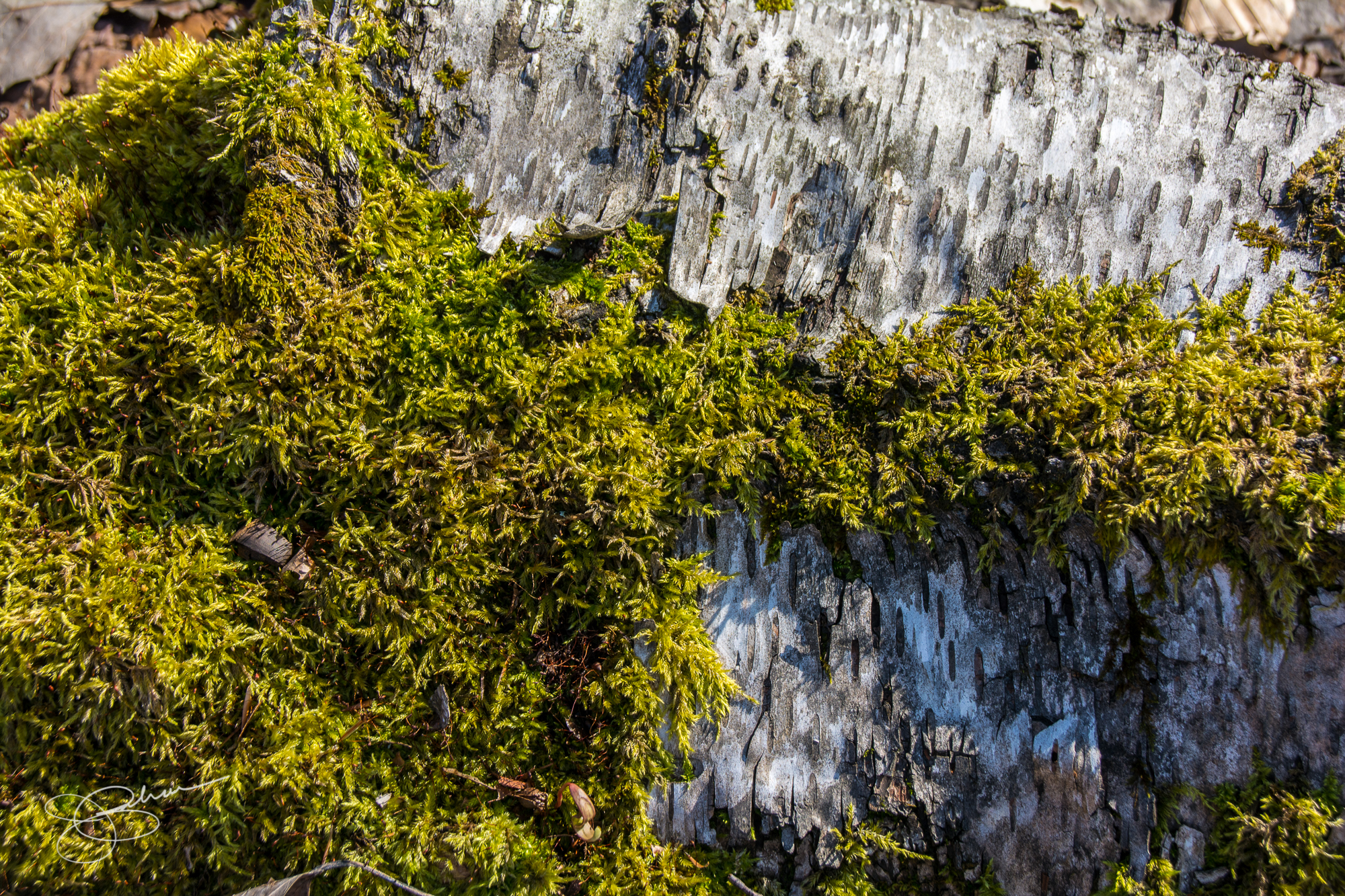 The natural cycle is also obvious all over as these trees are starting to break down. New growth is all over but it will be many years before the forest comes back. 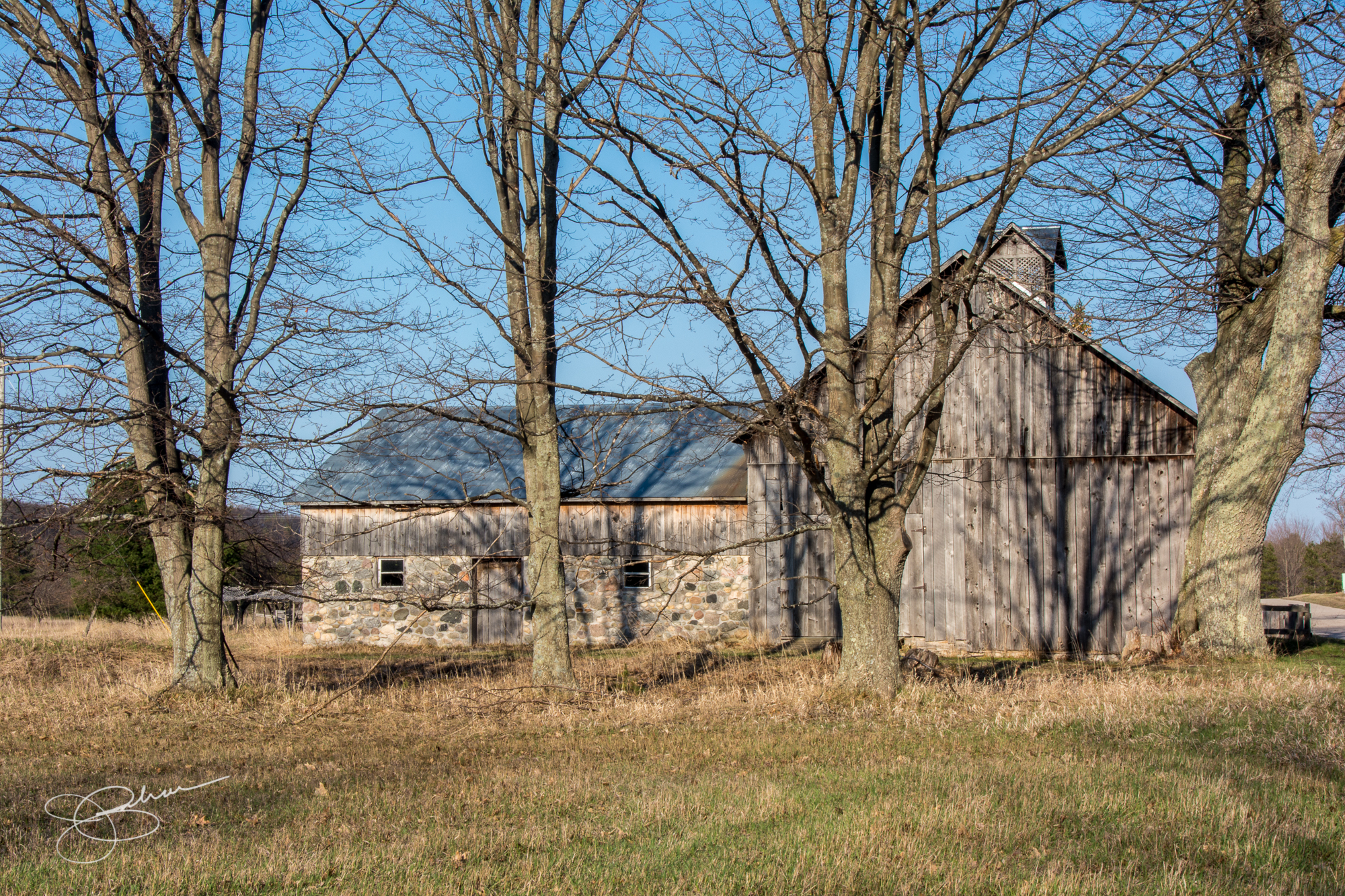 This photo taken near Pyramid Point has been on my bucket list for a while. I always pass it at the wrong time of day and swore that if I was ever driving by near sunset, I would stop and take a picture. The trees throw great shadows. 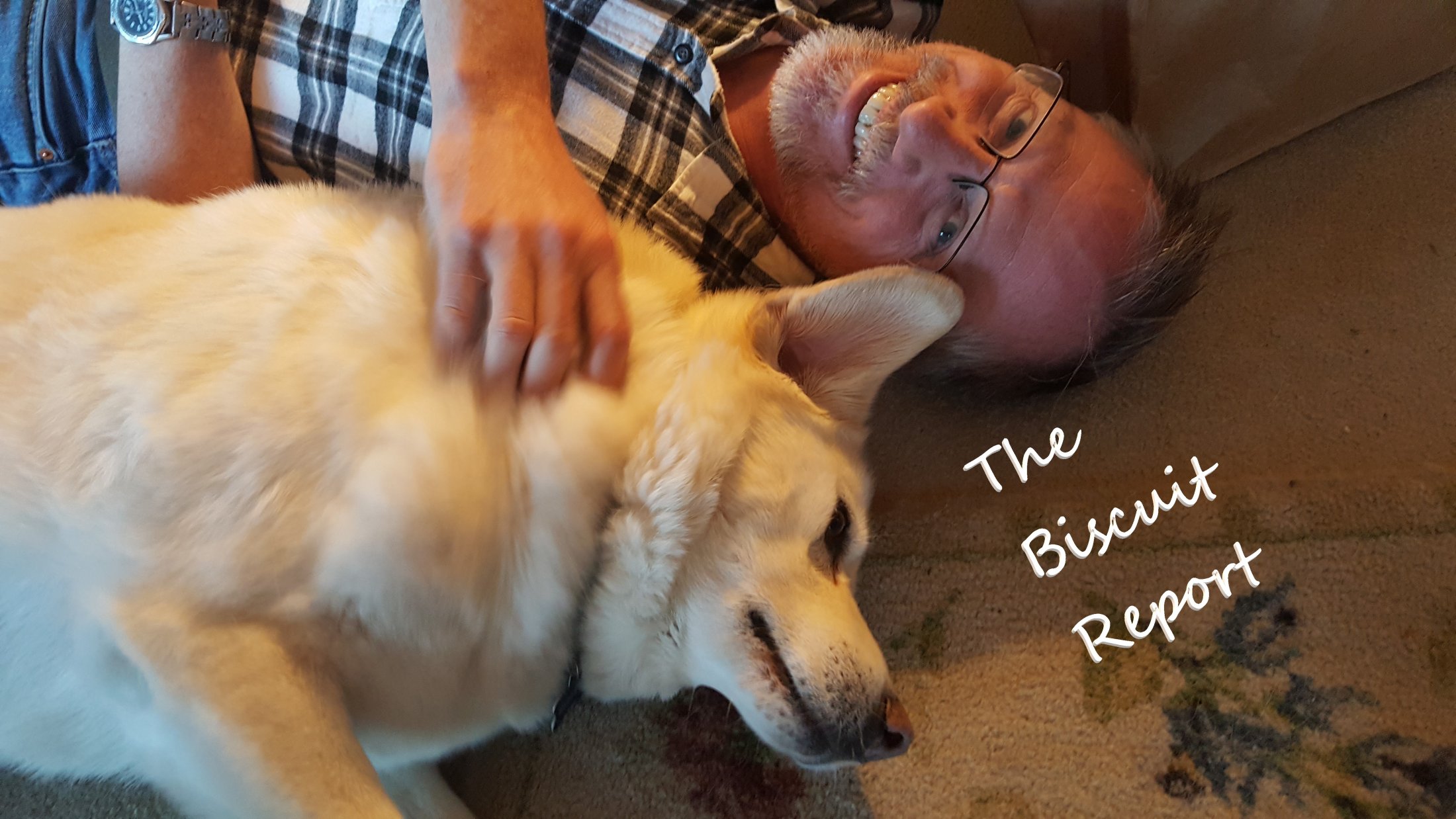 Great pictures Jim! Thanks for sharing, I still want to do the Alligator Hill trail.

Loved all the pictures. (Even the last one!)