Listen to our interview at AM580 with Colleen Wares! --  Read the history behind the Leland Report Book
Read the latest stories from the road by Jim Burnham
Report #4103 Photo: LR-2-19-2021 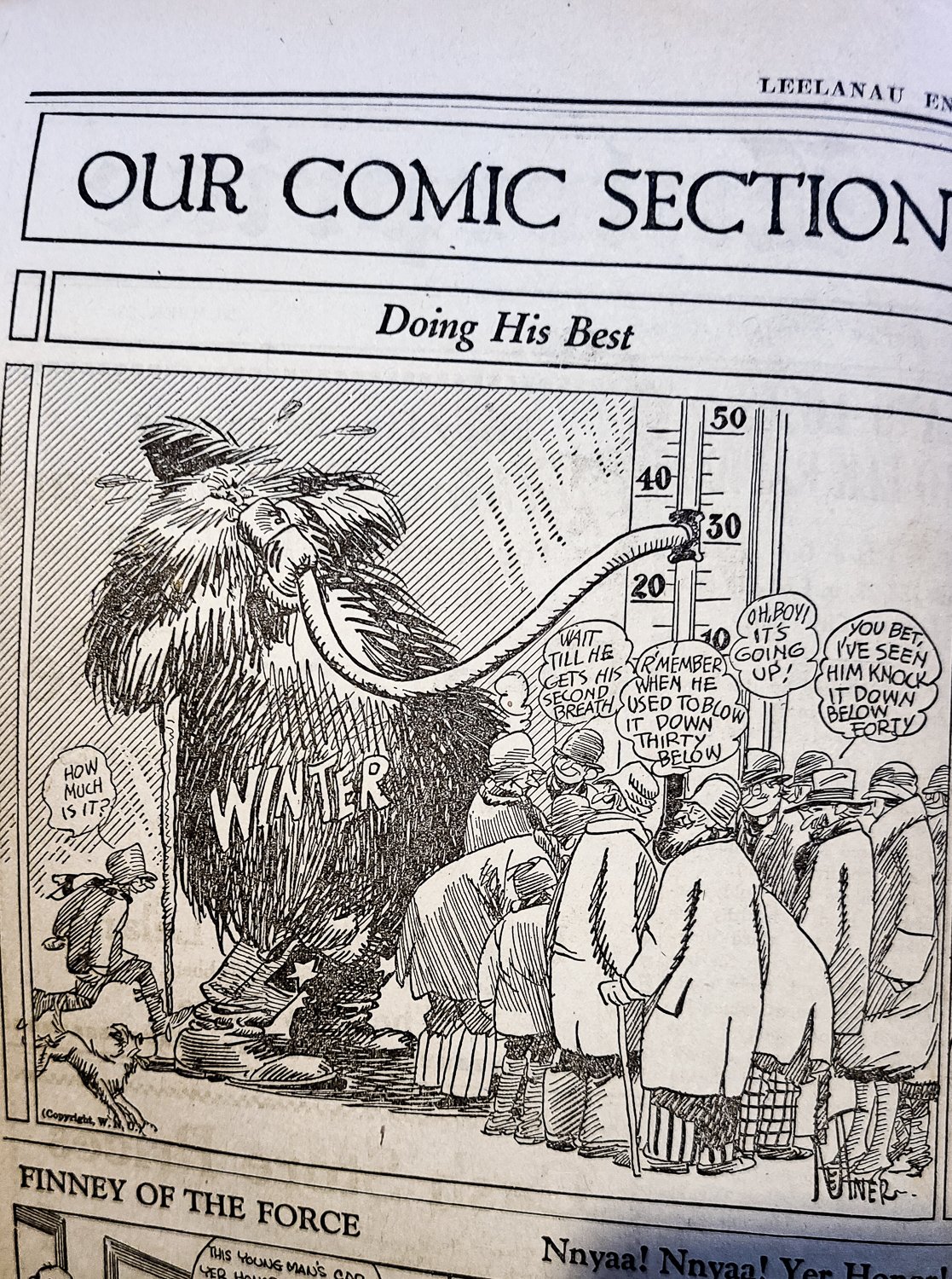 (Report by Jim)
I apologize for the lack of reports lately, I have had quite a few messages and even phone calls asking if there was anything wrong. Well, Keith is not physically able to do this every day and it’s better that he not have the responsibility. I am in Illinois, but I have begun the process of searching for property up in the Leelanau area. I’ll try to post as much as possible from other people like Mark Smith, Sheen Watkins, and Frank Harden. Of course, I’ll be posting when I am visiting every month. If anyone would like to highlight a photo or two, send it and a short paragraph to: support@lelandreport.com  OR post it to our Facebook Page @theLelandReport.

Humor from the 2/16/1928 edition of the Leelanau Enterprise. Old Man Winter is trying his best to blow the temperature down and this week he succeeded! The weather has been quite a humbling force in the South, whereas we continue to have one of the mildest Winters in memory. The snow gauge total is now at 44″ with 2 and a half months to go! At this time last year, it was at 103″ and the year before 135″! But, if the lack of snow is getting you down, you can always head to Mason’s Drug in Cedar and pick up a new Victrola. 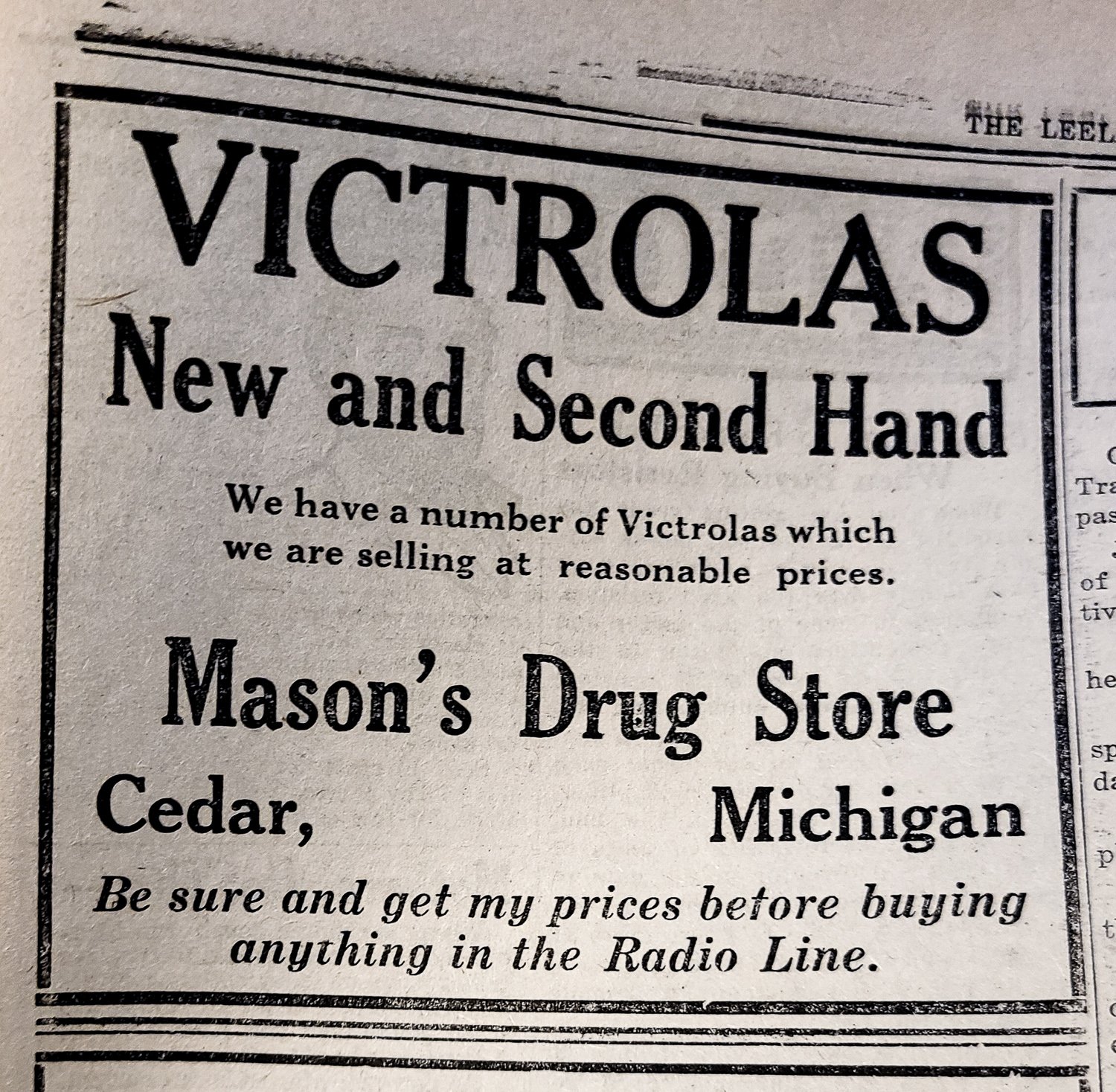 The local news was filled with recognizable names, do you know any of these conspicuous people?

Love this look back. All my best to Keith.

Thanks for the update. Good luck on the property search!

Jim, we’ll be happy with whatever you send, so just take care of what needs to be done.

My very best to Joanne & Keith – wishing you well!

Good to see a report ..have a fun house hunt!!

Thank you for the report! You had us all worried!. Good luck on your house hunt !!