Listen to our interview at AM580 with Colleen Wares! --  Read the history behind the Leland Report Book
Read the latest stories from the road by Jim Burnham
Report #7044 Photo: LR-7-9-22

Ok, this is a long one, so find a seat. Since Deb and I were spending an extended period of time up in Leland, we decided to take the trek out to South Manitou on the Mishe-Mokwa. I haven’t been out to the Island since I taught sailing at the Leland Yacht Club with Steve Bachmeyer and Jim Mello back around 1990. 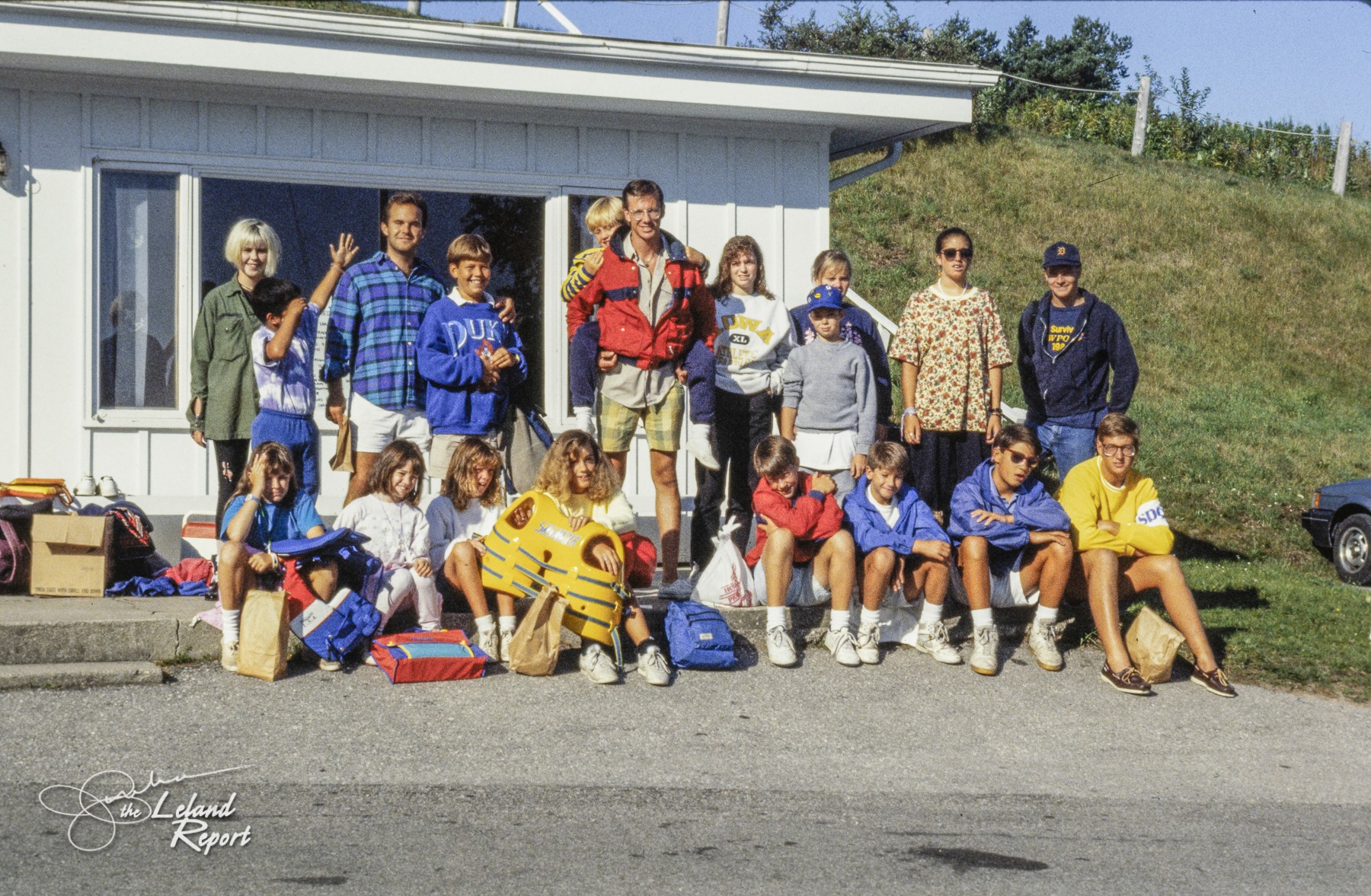 Despite a chill in the air, the weather was perfect. We rode up top right behind the cabin, which shields you from the wind chill. We made a close pass to the newly refurbished Crib and floated into the dock about 11:30am.

I’m pretty sure I have a photo of the sailing school on these same rocks. I’ll have to dig that out when I get back home.

There is a story behind these two seagulls outside the old boiler room. If you look at the top of the building, you’ll see a nest. This is where the two seagulls were raising a new fledgling. One day, the fledgling fell out of the nest, slid down the roof and in between the rocks. The volunteers on the island thought it was a goner until someone spotted it swimming in the water. The two seagulls keep a constant vigil on those rocks. Normally, seagulls are easily startled, but one of this pair never budged as we walked around the building.

Mary was one of the two Park Service volunteers in the old lighthouse. Her husband (Sadly, I forgot his name) was our guide up the second half and we learned a lot from both of them. 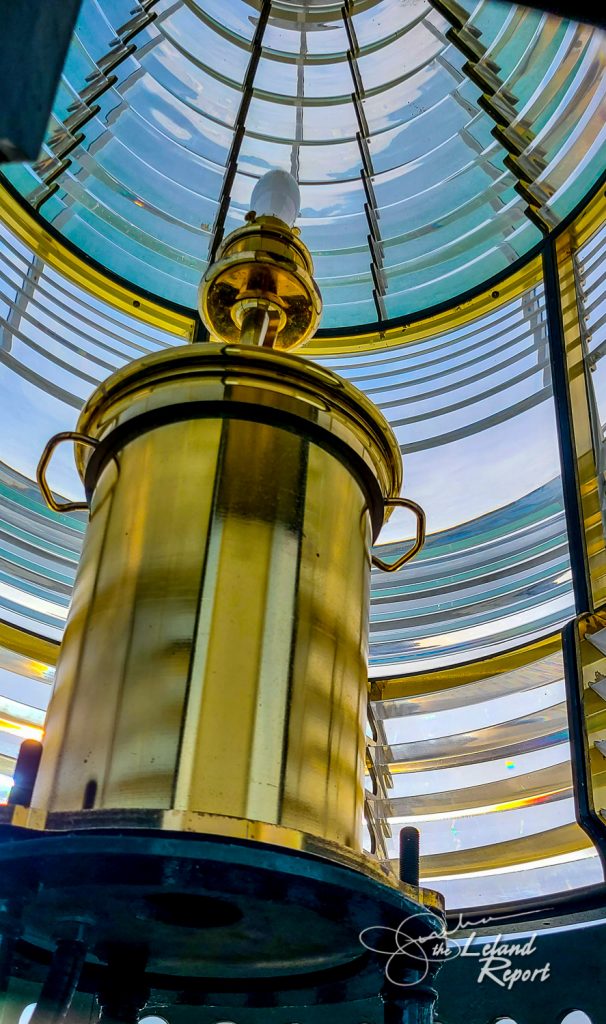 South view from the Lighthouse

North view from the Lighthouse

This is my third visit to the island. The first was when I was a sailing school student, the second when I was teaching sailing. This was the first time I’ve been to the top of the lighthouse. 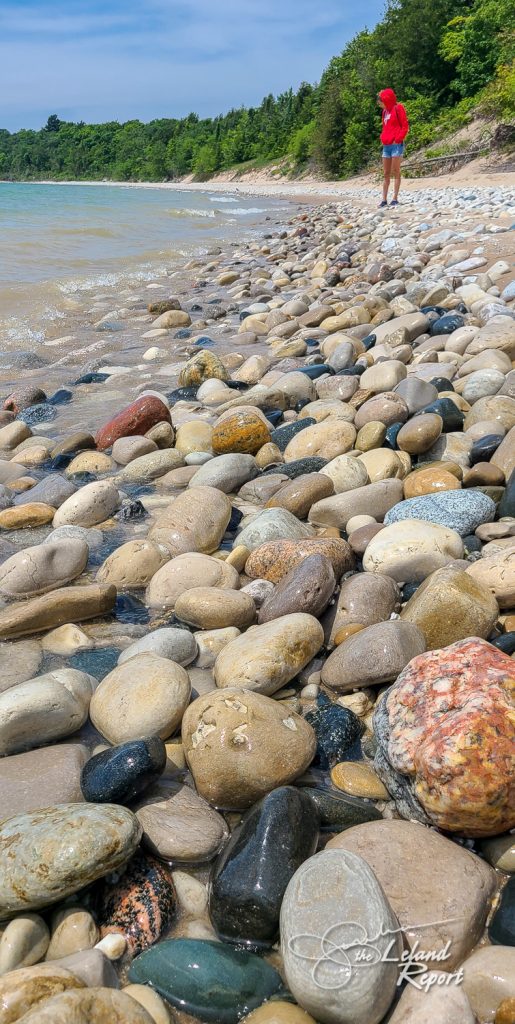 The rocks on the beach are amazing. I see an opportunity for another puzzle, but with big stones, and arranged there. I can’t take any of these back. 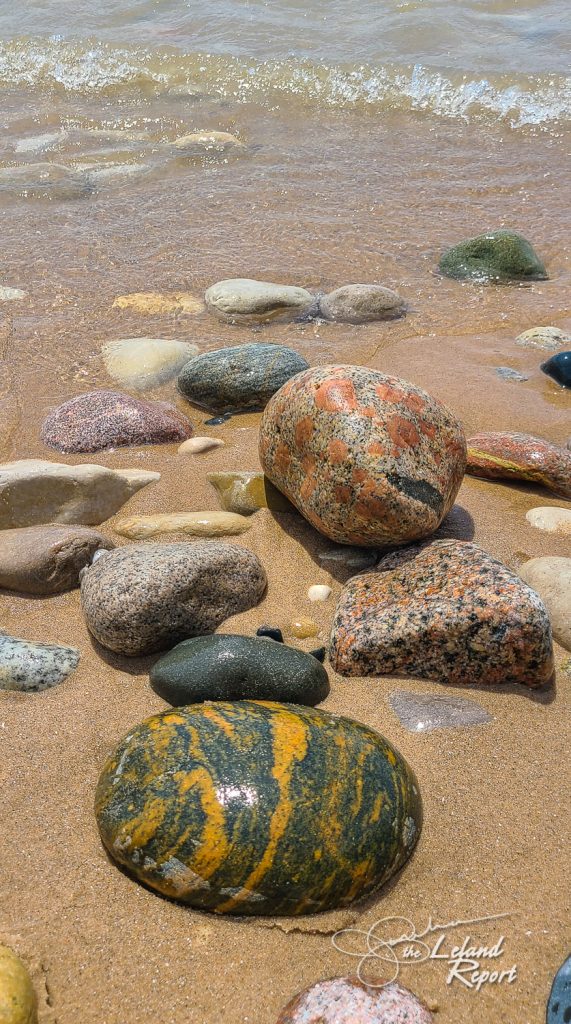 Some of the amazing rocks on this shoreline, lots of granite, including that amazing spotted Potassium Feldspar one, but I can’t identify the one up front. 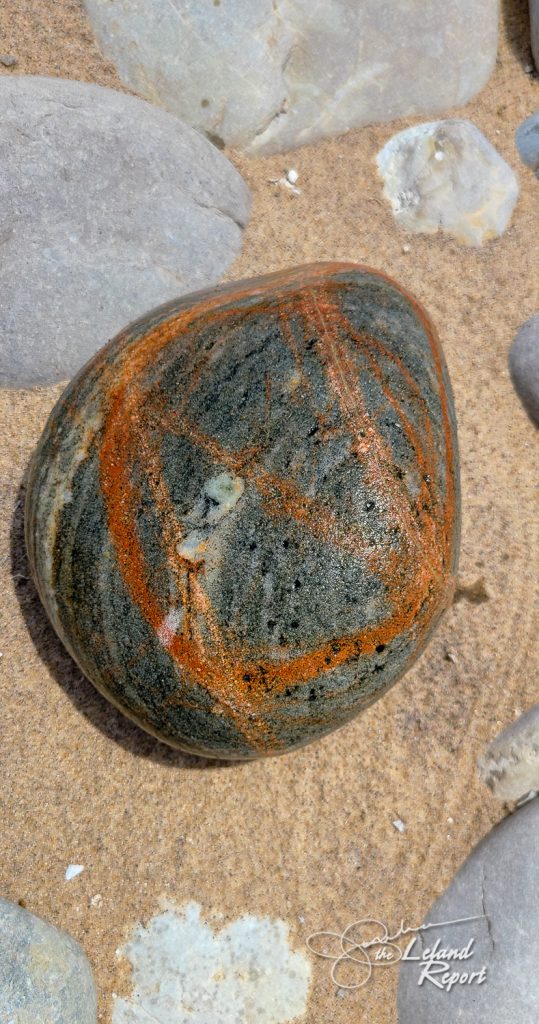 This one had a National One Design symbol on it! I don’t think that was written on, that’s part of the minerals in the rock.

There are many more trails and sights to see on the island, but this was just a daytrip so we stuck to the south shoreline and a short trail up to the old schoolhouse. We would need to camp to see the other sides of the island. 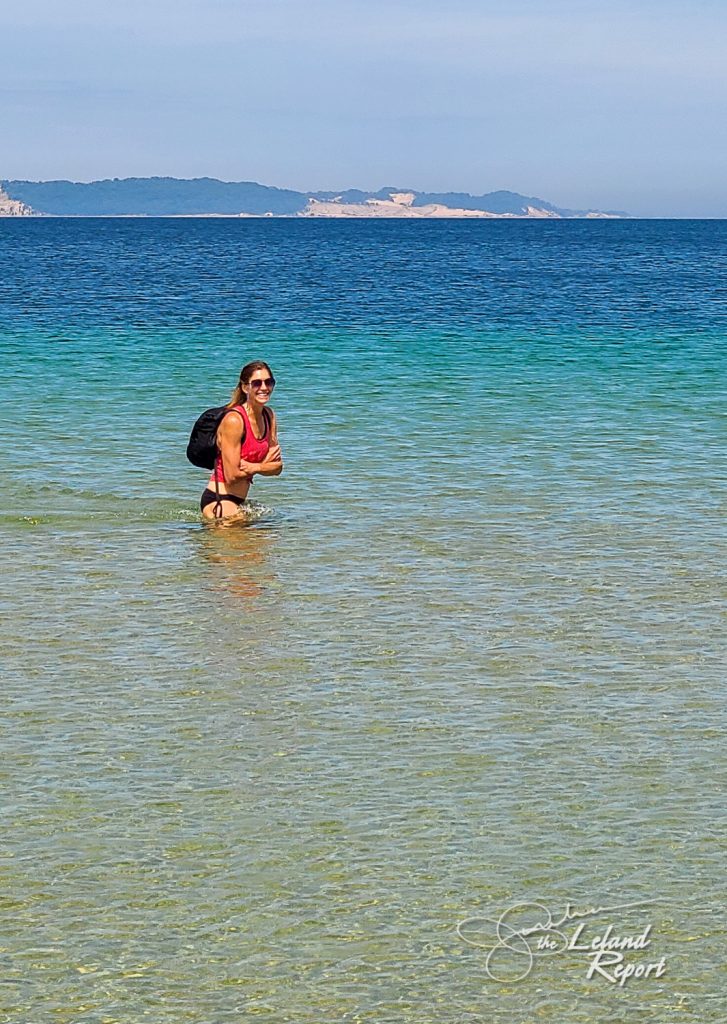 Some of us choose the more difficult and colder path back to the boat! 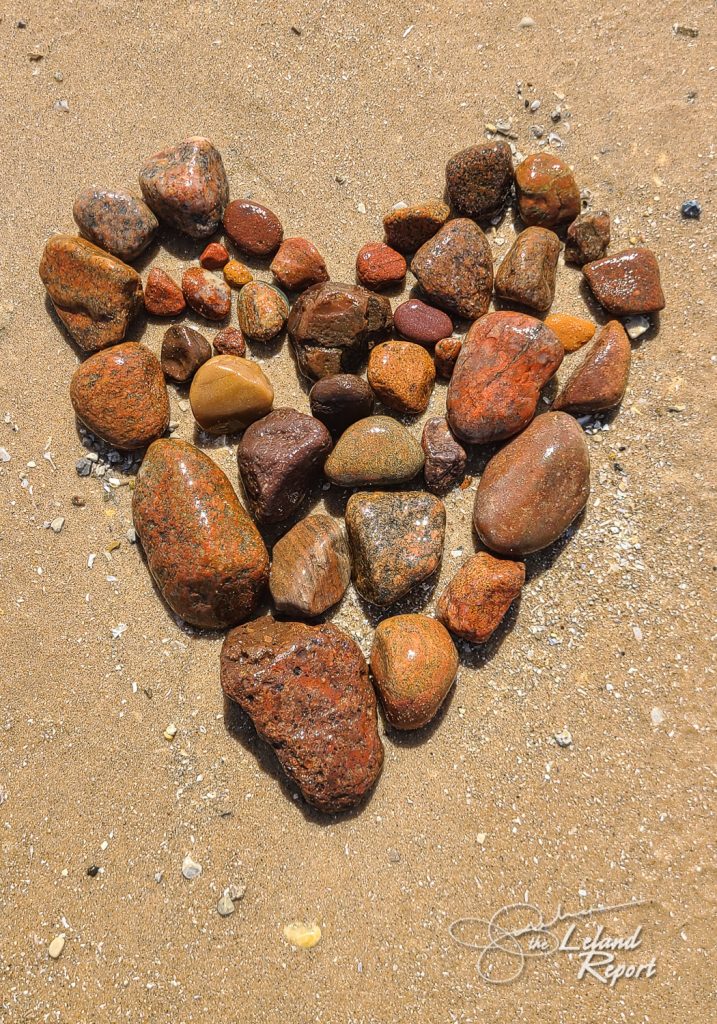 So, even though the Leland Report is no longer a day to day blog, I hope I have been able to honor the spirit of the site we created over 21 years ago. I do it from here when I can, but at this point in my life I am searching out other places and other experiences. I might also post those photographs here, but those currently are posted on my personal Instagram account @burnhamarts

Again, thanks for continuing to join me on this journey!

Beautiful! Thanks for sharing!

Thank you for this wonderful report and the pictures.

That was/is the one major sight-seeing trip that I have never done although my parents and children have (despite my earthly beginning on the Good Harbor Bay beach and dozens of summer vacations thereafter). . I suppose (at 80) that I never will although I am desperate to get back to Leelanau. Many thanks for your continuing devotion to the area, and for your shared !artistry

You deserve our thanks, not the other way around.

Beautiful, with an interesting narrative!

Beautiful photos of a beautiful day!