Listen to our interview at AM580 with Colleen Wares! --  Read the history behind the Leland Report Book
Read the latest stories from the road by Jim Burnham
Report #3964 Photo: LR-7-20-2020 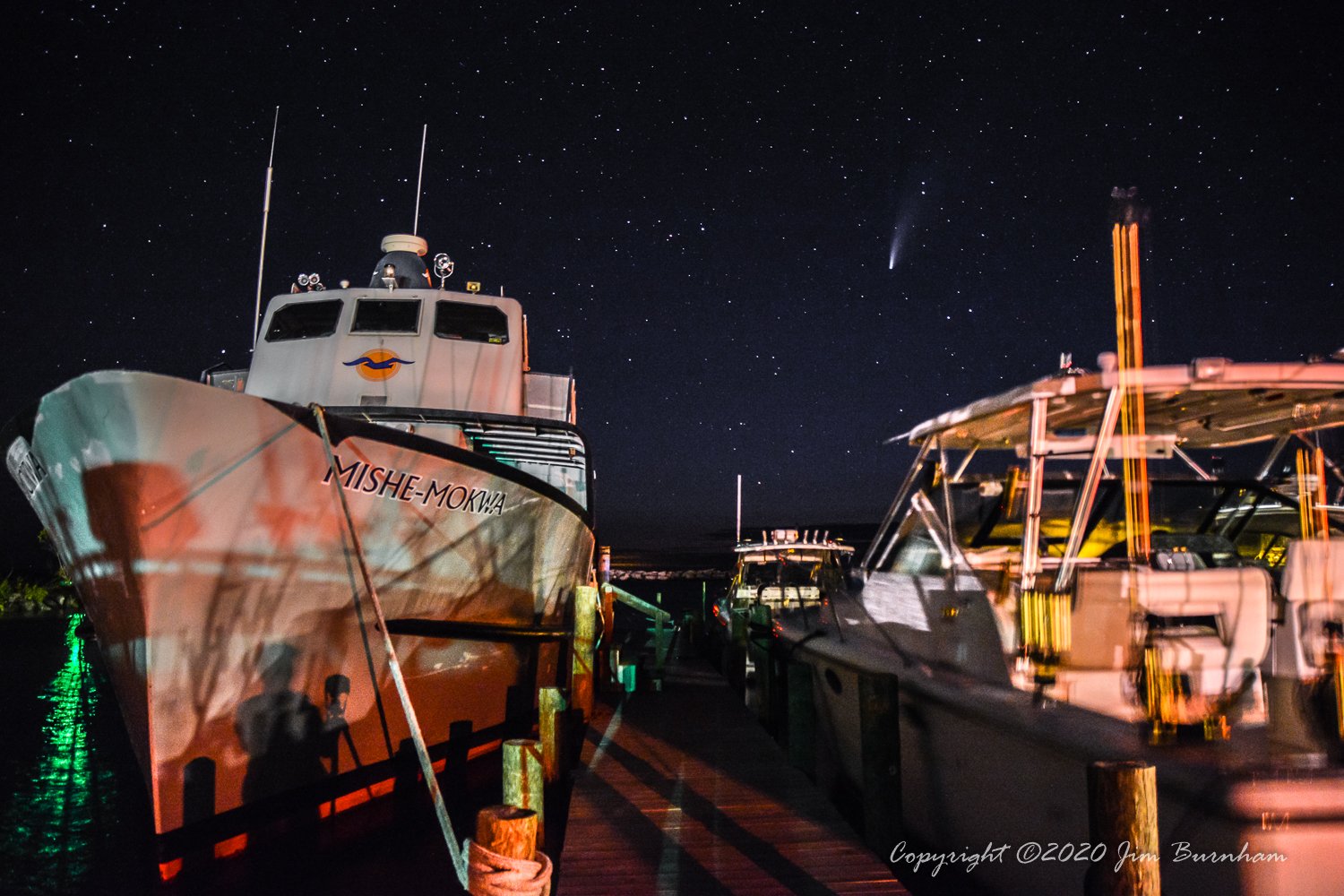 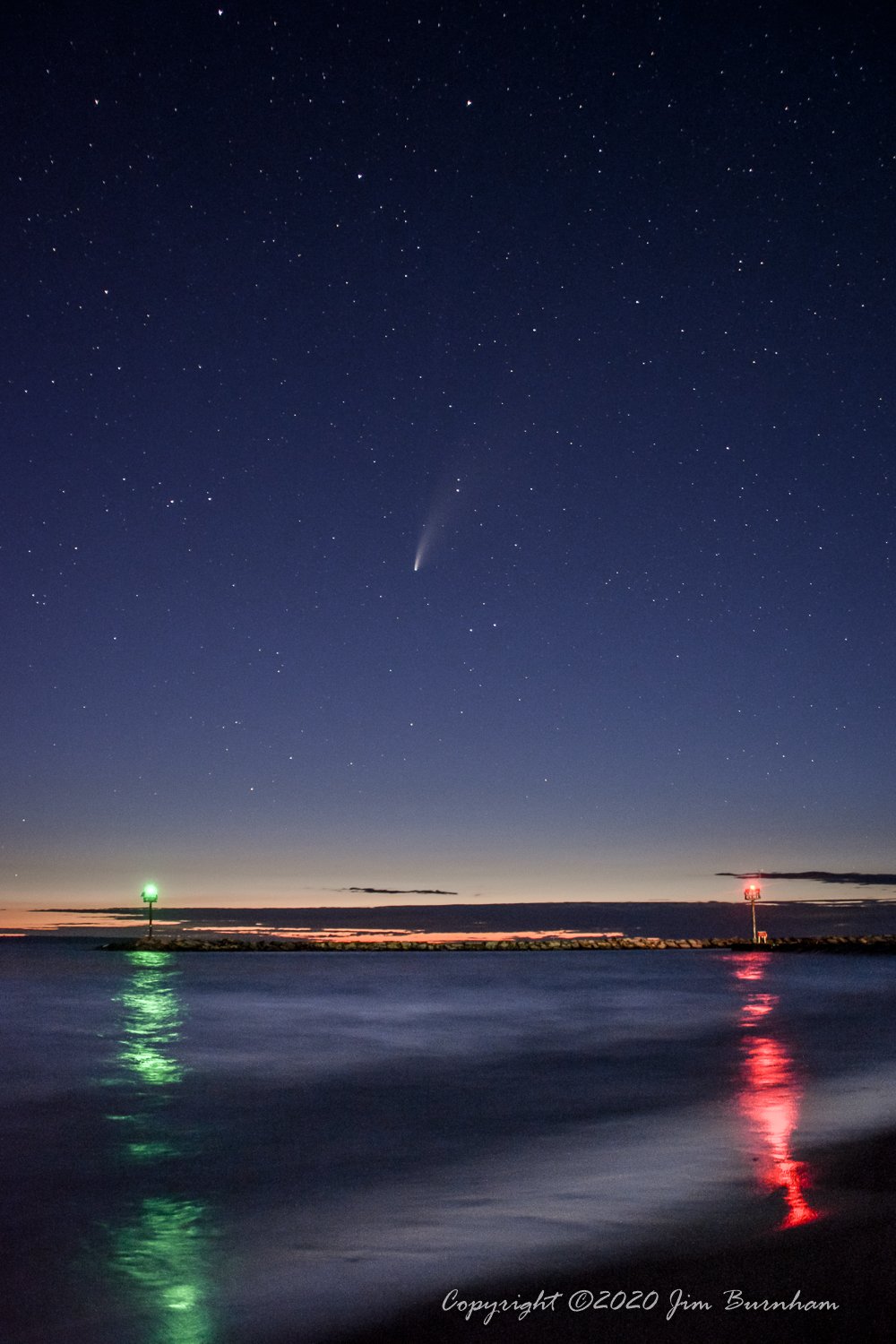 How long has Comet Neowise been hovering in the late night sky? Has it been a few years? Only a year? For millennia, comets have been interpreted as bringing bad luck and doom. Their appearance was never welcomed and were considered the UFOs of early humanity. We know better now, but with everything going on, is it so far fetched that this beautiful visitor is a portent in disguise? Safe travels Neowise, see you in 6,600 years. You can still catch it in the late night sky this month under the Big Dipper in the NW and in the NE after 1am. It will make it’s closest approach to Earth around 7/22 before it continues its journey around the sun. 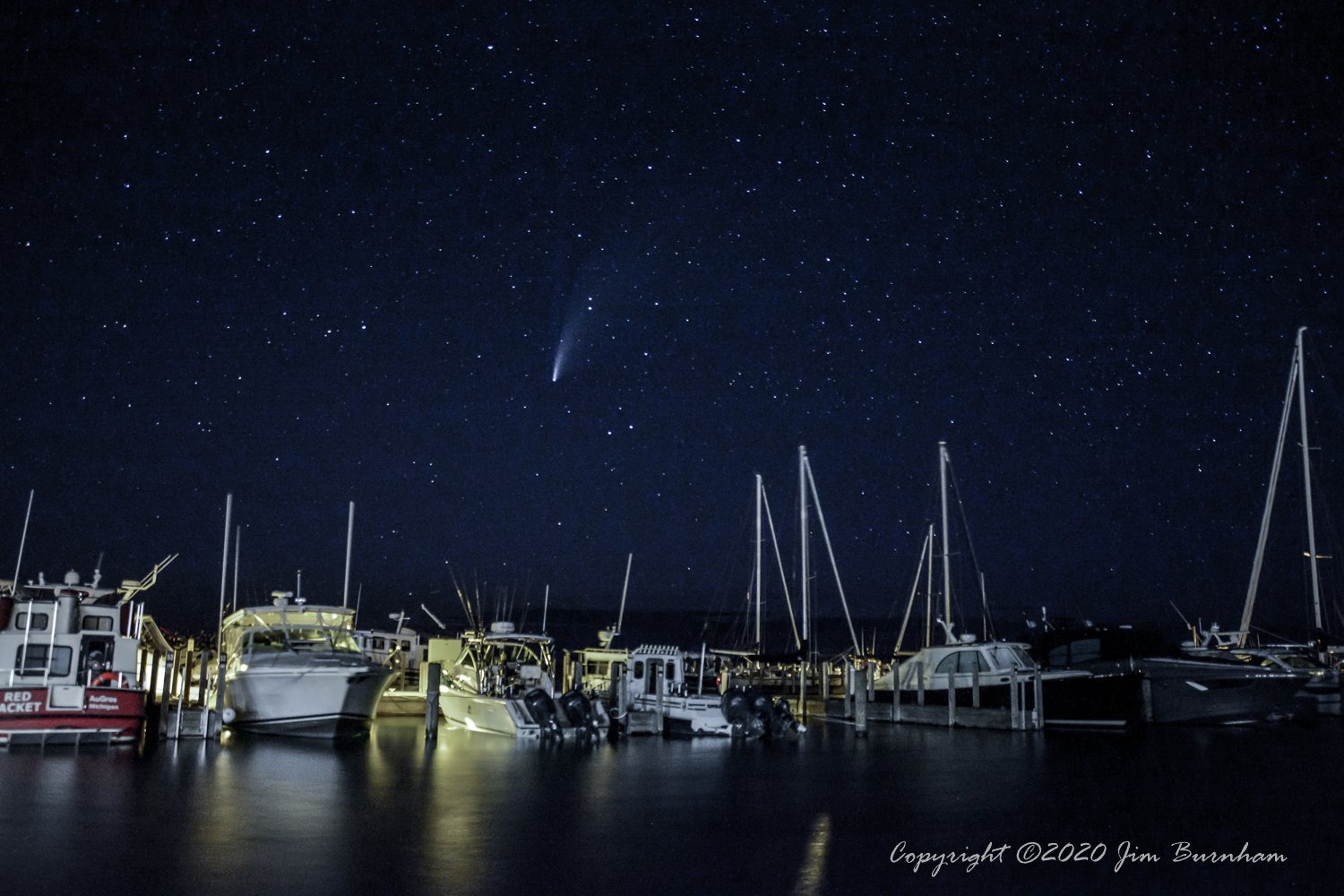 Amazing! Thank you for these magical images to share with all of *us*. The stars in the night sky of Northern Michigan always appear more plentiful and brighter than those in our night sky in the Nation’s Oldest City. 😉👏🏼

Many thanks for the gorgeous photos of the comet. I’m collecting them from across the country– way too much ambient light in suburban Philadelphia

WOW – what can I say to expand on that simple 3-letter word that would begin to express the enormity of what you’ve captured by your lens in that glorious sky. Words just don’t convey the magnitude or the ‘magic’. Thank you!