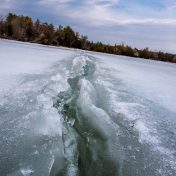 (Report by Jim) Took my daughter down to Suttons Bay for some portraits. Actually, SHE took me down to take portraits of her! Looks like some new docks are ready to go in at the harbor. I took a walk around on them, pretty solid! My panorama didn’t turn out exactly like I expected, but it was an experiment, anyway…. Read more » 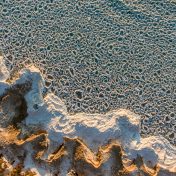 See the video here: (Report by Jim) The Leland Report has a new toy. Took the Phantom 4 drone out onto the beach North of town up to around Golfview Dr. Also met Mike, one of the ice boaters today out for a run off Fudgie Beach. 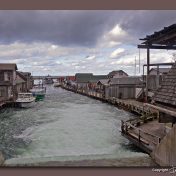 Again in spite of the miserable wet weather, Fishtown was a busy place to be. The Fishtown Party was well attended. 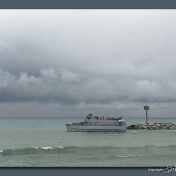 In spite of the miserable wet weather, Fishtown was a busy place to be.  The Cheese Shanty was busy selling out their inventory of meats and stuff.  This is the last weekend I think for most of Fishtown business. The Mishe Mokwa headed for islands with deer hunters. Tomorrow… party time in Fishtown… 1 to 3pm. 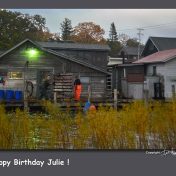 Another day of rain and rageing water over the dam.

A cool beginning, but a lot better than this time yesterday. 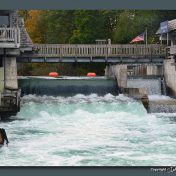 I watched three surfers trying to get up for about a half hour hoping to get a good picture.  Two left and the third was still trying when I left. 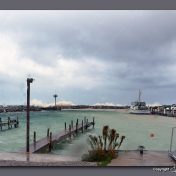 Overnight rainfall totaled 5 or more inches with wind gusting over 50 mph. Fishtown was shut down with the exception of Carlson’s. I popped in as Alan was being interviewed and photographed. A blustery day. 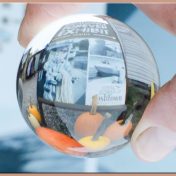 A playful post for an October Monday, returning to still-above-average, but closer-to-average temps. Sometimes it’s fun to play with optics in a familiar place such as Fishtown. Three of today’s images are of a glass sphere, which captures its surroundings and presents them upside-down. So yes, the backgrounds are inverted to make the foregrounds inside the sphere, right side up. I… Read more » 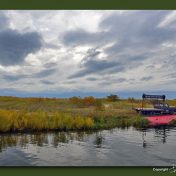 October Summer is coming to an end with rain and then cooler air moving in overnight.