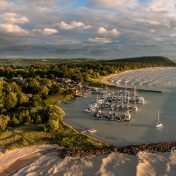 The Cove cam gave me a clue that there was going to be a decent sunset coming, so I headed down to the breakwall to get some drone shots of the harbor.  I had to get a little wet to get the kiteboarding shots at the long end.  For those that knew and loved Maryellen Hadjisky, there will be a… Read more » 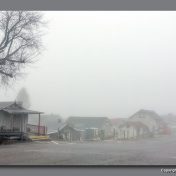 As I post this, the sun is coming out. 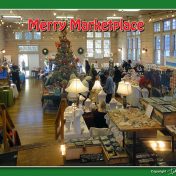 A beautiful second day in December. 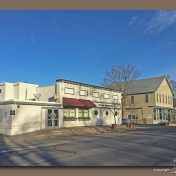 Another “sunshine” morning.  Even better, the wind finally died down. 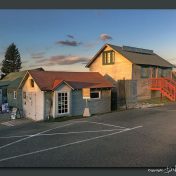 Our day began with sunshine and very windy. As the morning progressed the clouds moved in. Tomorrow… December 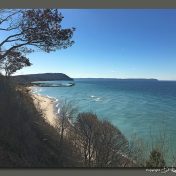 A sunny day can do wonders. 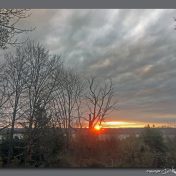 After overnight winds 35 to 40 mph… a nice sunrise.  The temperature soared into upper 50’s.  A nice day. 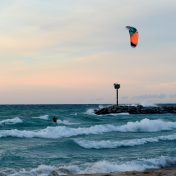 A lone kite surfer enjoyed the fading sunlight and an end-of-season splash through the waves rolling in to Van’s Beach on Sunday. I spoke with kite surfer Mr. Larsen when he came ashore, and he admitted he was wearing three wetsuits to stay warm. (It was chilly just standing there, and I tried to warm up by an intrepid couple’s… Read more » 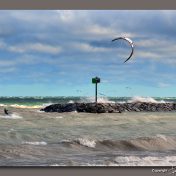 If it wasn’t for the coolness of the morning, you could believe you were in Hawaii looking out at the surf.  Sweatshirt weather, never the less a beautiful first day of July.  A challenging day for sailors on Big Blue.  Sunny, mid 70’s with possible weather system moving through on Thursday which means a great 4th of July celebration. 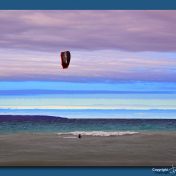 Today was not a good day for the Leland Report as the server has been down all day and I’m just able to post.    NEWPORT HONORS ALEXANDER JANKO The 2016 Newport Beach Film Festival has awarded writer/director/composer Alexander Janko its OUTSTANDING ACHIEVEMENT IN FILMMAKING: SCREENWRITING honor for YEAR BY THE SEA. With four sold out screenings and a wonderful… Read more »