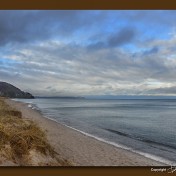 Actually it wasn’t very nice before 9.  Thunder and lightning for most of the pre dawn hours.  There was a brief moment that the sky had a opening, other than that… rain. 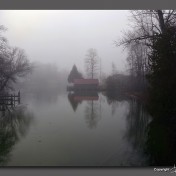 It’s a foggy day here, really foggy.  Drove to town in a cloud with a car coming toward me with no headlights, I didn’t hit it.  By noon the sun tried to burn through and it turned out to be a nice day. 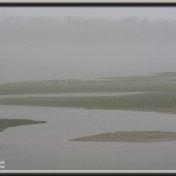 It’s a rainy day here. As I pulled in to the parking lot by the harbor this morning, an otter scampered by on land near the Manitou Isle. A few minutes went by and it emerged beneath the dock. Enjoy the rain – it promises spring flowers! 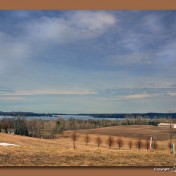 Everyone is remarking about how nice this winter has been so far and then “you know we still have April to go and you’ll never know how much snow will fall”.   Ya never know. 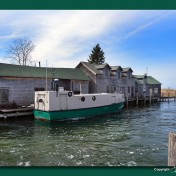 Another one of those days like yesterday.  A lot of visitor traffic in Fishtown and as a matter of fact all over.  The only snow around  is in plow piles.  Some concern about too early temperature rises, probability of freezing and it’s effect on cherries and grapes. 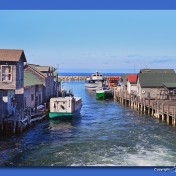 At noon the Land of Delight was bathed in sunshine and thoughts of Spring.  Sadness: below the Leland Toy Co. is having it’s close out sale. 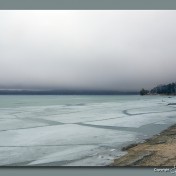 The sudden melting hasn’t changed the beachscape as the persistent west and northwest winds have swept and kept the beach clean of snow all winter.  The inset is the Biscuit Report from one year ago yesterday.  What’s left of this winters snow remains in plow mounds.  After a rainy, foggy  and in general dreary day, the sun has returned.  Tomorrow the temperature… Read more » 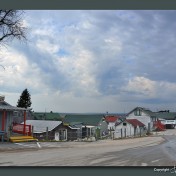 Today’s pictures are revisits to familiar places with nice cloud formations.  What is special about today is the temperature which is 66 degrees.  The snow which has dominated our landscape is disappearing rapidly.  The downside: One of the better iceboating seasons coming to an end, berging probably not an event as well as any activity associated with snow and ice. One year… Read more » 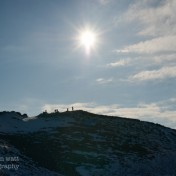 Today’s photographs are from a couple of hikes taken over the weekend in our nearby national lakeshore. The melting snow made patterns all over the dunes. It was still chilly enough that it probably wasn’t melting very fast while we were out there. 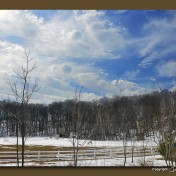 Cloudy skies at get-up, a rather depressing looking morning.  In general our winter sky is cloudy or overcast and lake effect something.  Winter 2016 has been more cloudy due to Big Blue not icing over.  It can be sunny in Green Bay and with westerly winds, snowing here.  The point here being…  when I see outstanding cloud formations, I search for… Read more »