Listen to our interview at AM580 with Colleen Wares! --  Read the history behind the Leland Report Book
Read the latest stories from the road by Jim Burnham
Report #3503 Photo: LR_3-28-19 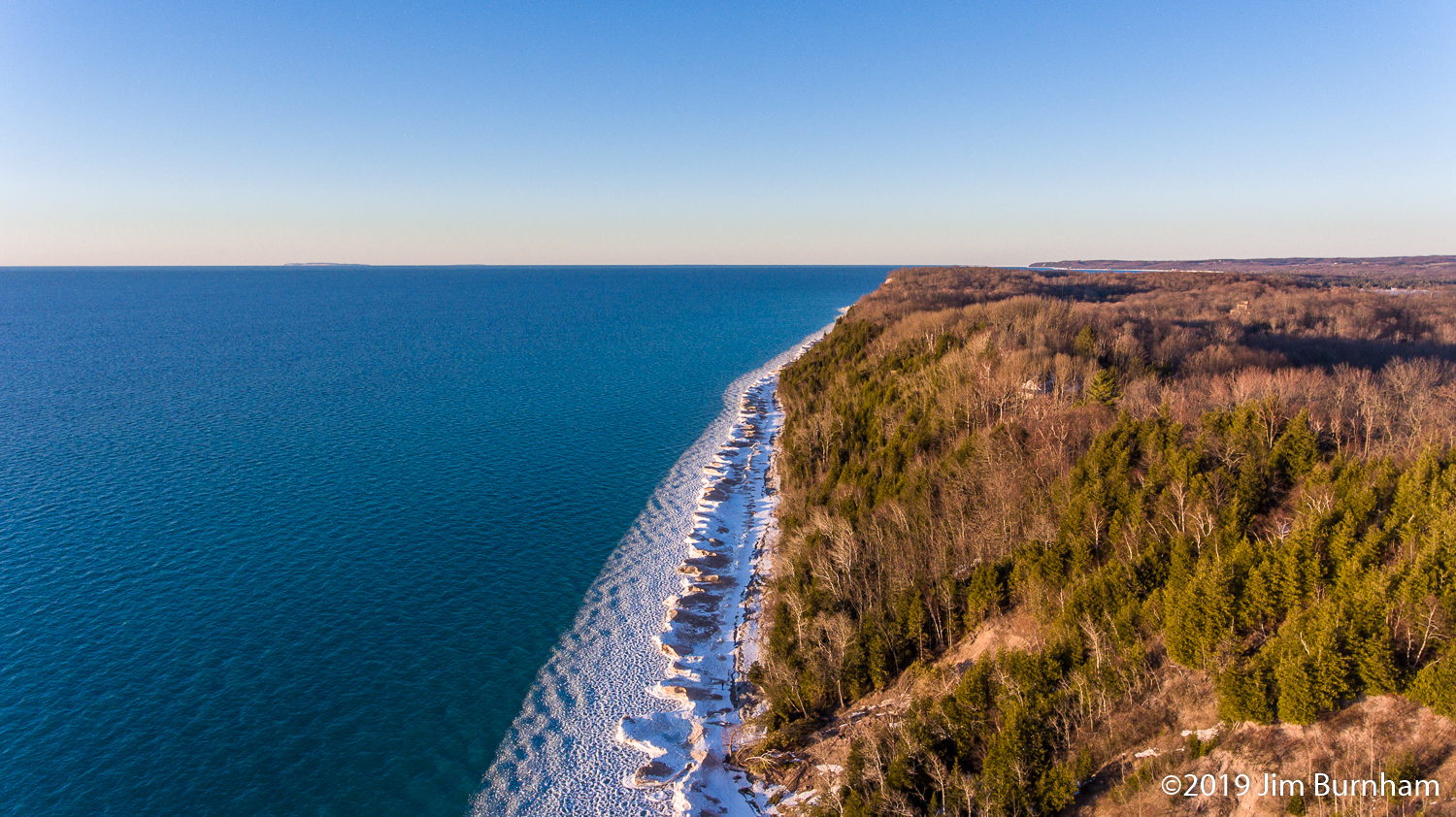 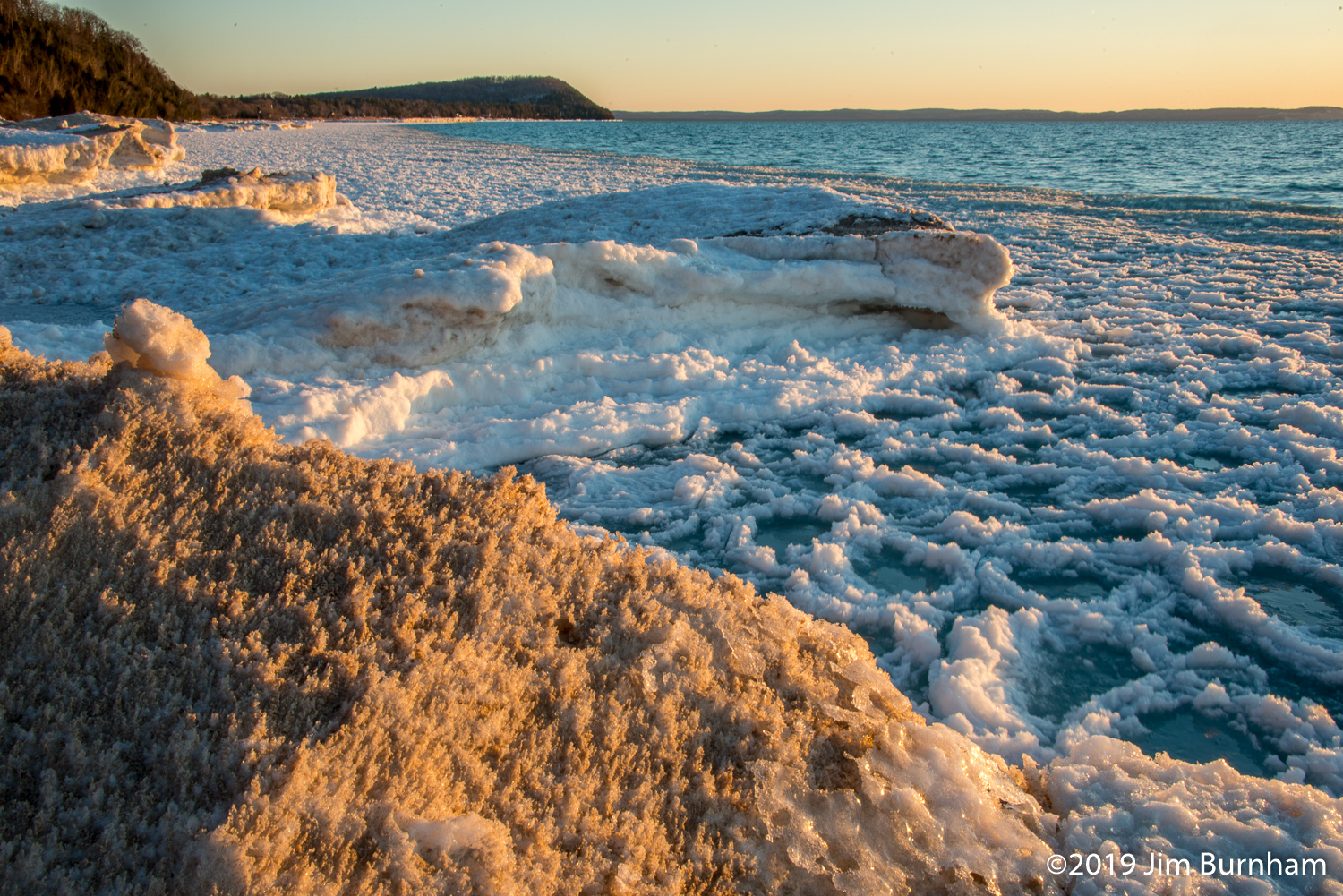 (Report by Jim)
More shots from drone day on the North side. I’m in the process of getting my commercial certification, which will open up possibilities to do paid work. There are so many possibilities to take amazing photos with drones, but I will not fly them in state or national parks without permission, or fly it around people. There were a few drones flying around Grand Haven Light when I was down there and it can be rather unnerving. People fly around Sleeping Bear Dunes all over the place and probably shouldn’t. Seeing as those are state parks, I don’t think it’s allowed, but it’s Winter and there probably are not many available to enforce rules.

Here is one of the shots from the drone looking straight down. I think I’m going to like flying this thing, but I’ve already taken out three blades. I have to be more careful. 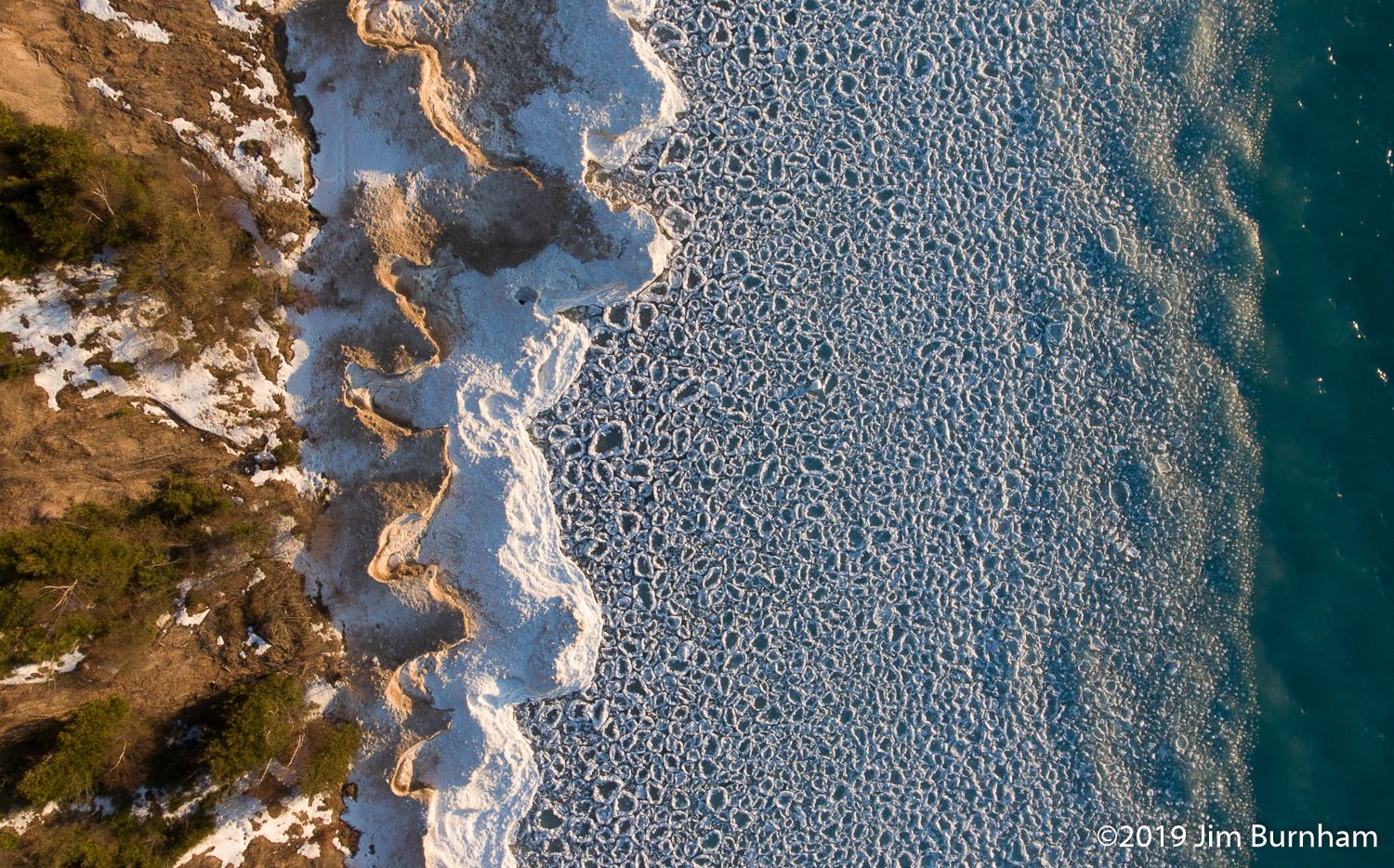 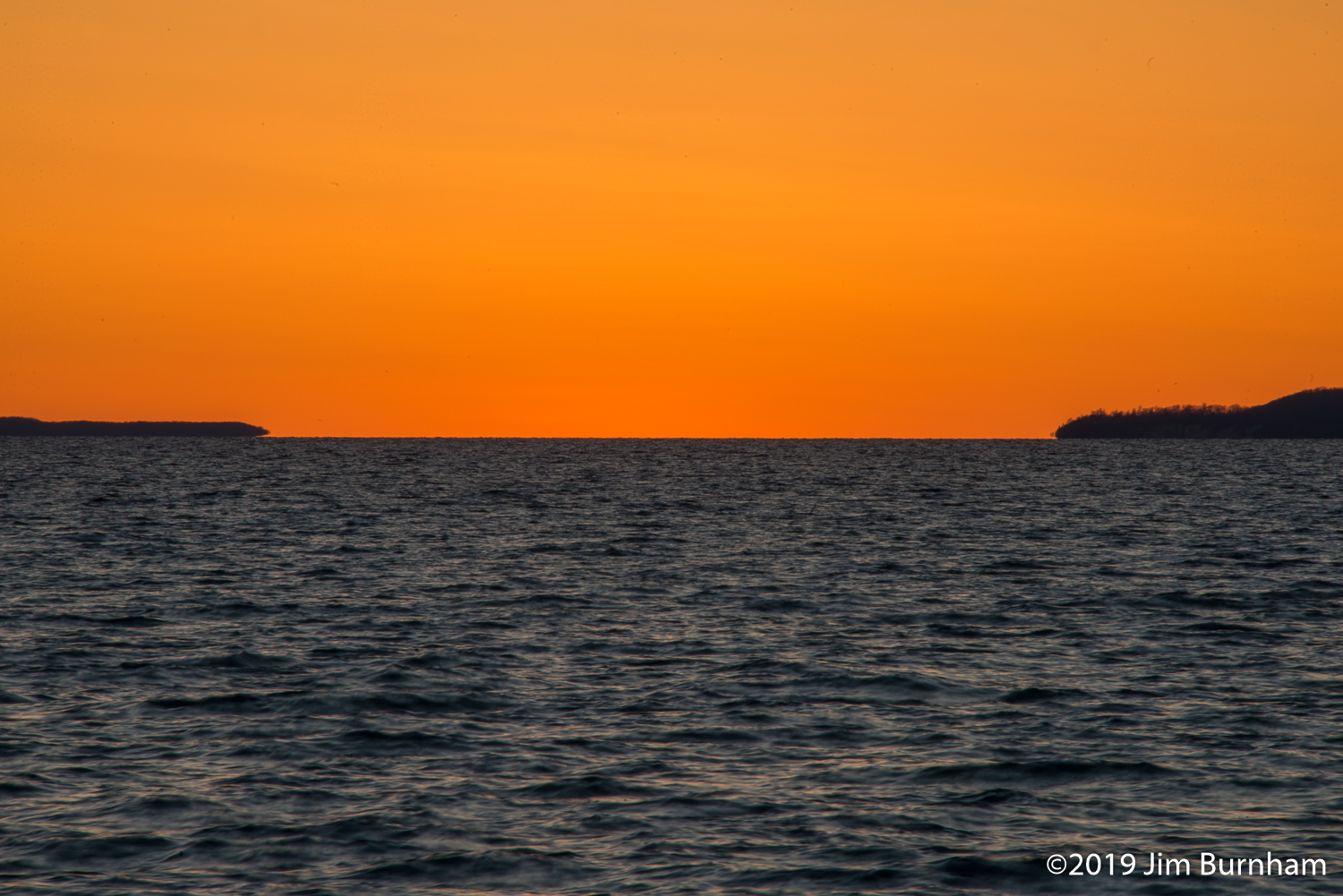 I can see that you are going to have a time with the drone. Enjoy!

Is there a name for the ice formations that look like cells ?
Love the photos and the video.