Listen to our interview at AM580 with Colleen Wares! --  Read the history behind the Leland Report Book
Read the latest stories from the road by Jim Burnham
Report #4016 Photo: LR-9-16-2020 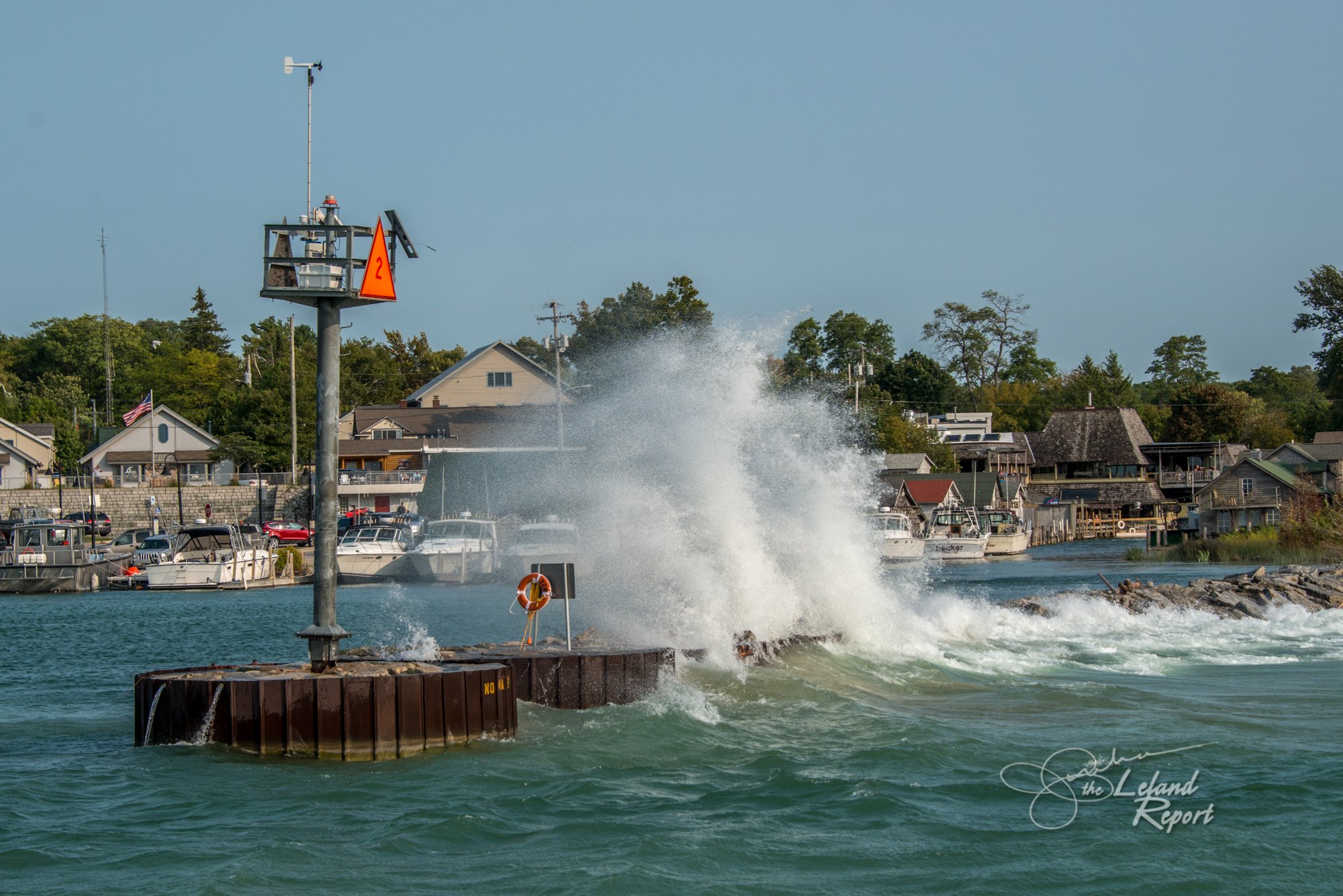 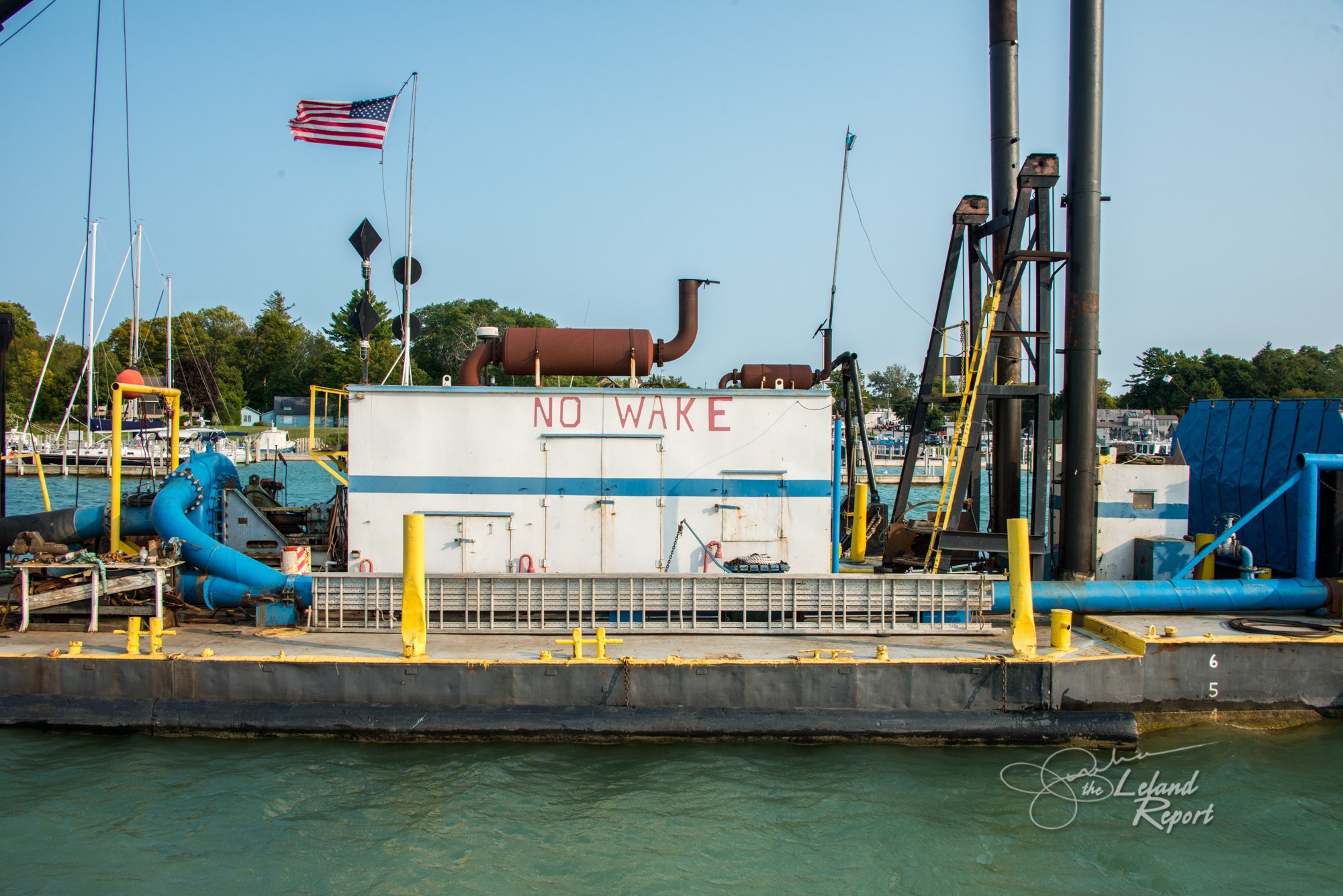 The weather has rarely disappointed this year, today being no exception! 30+ knot winds out around the islands in the afternoon and 20+ onshore from the Southwest gave us and opportunity to view the waves crashing from a different angle. We got a little wet on the big wall, but the waves were not breaching it. The wind took a pair of cheap sunglasses with it, however. The South Manitou dredging barge was in harbor for safety as five foot waves pounded the South breakwall. 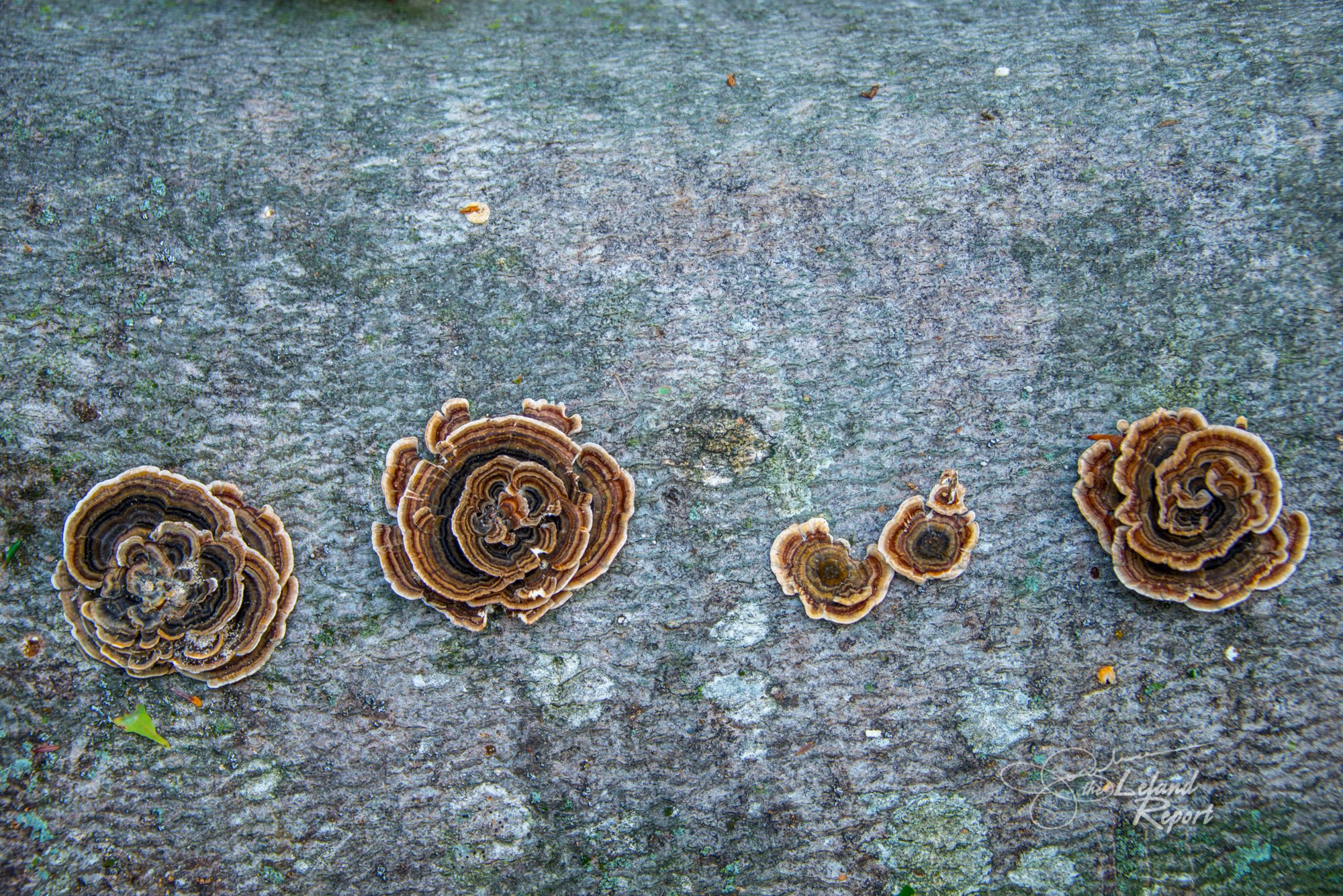 After the harbor, we headed up to Mud Lake and the Leelanau State Park trailhead at the end of Densmore. Usually, this is one of my favorites because of the dunes on the lake, but this time, I enjoyed the fungus on the trail! The image below is a mushroom, believe it or not!  Lion’s Mane (Hericium erinaceus). That’s as close as I could get to identifying it. There are many different varieties. 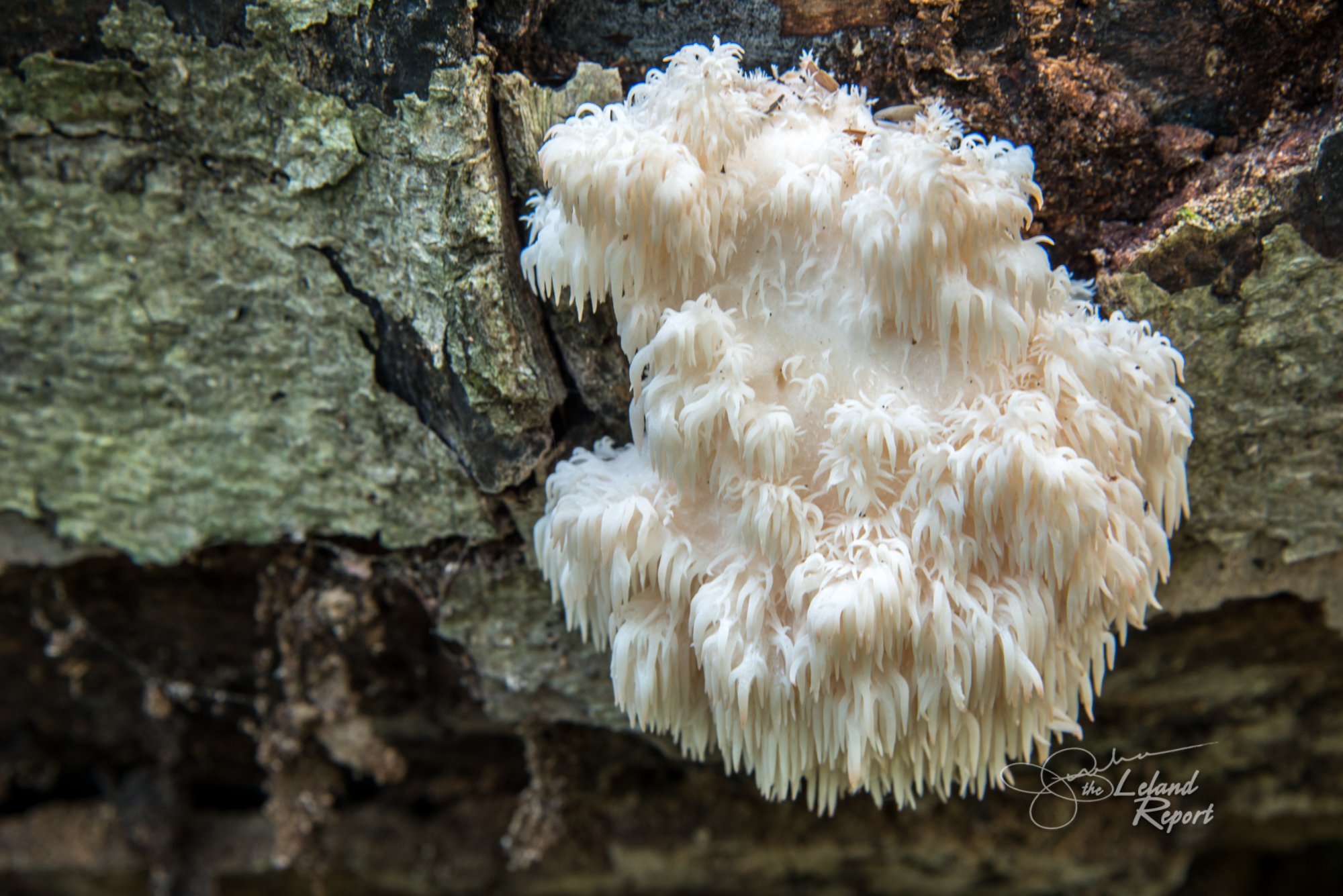 The sun set with a very eerie resemblance to a Teenage Mutant Ninja Turtle. Cowabunga! 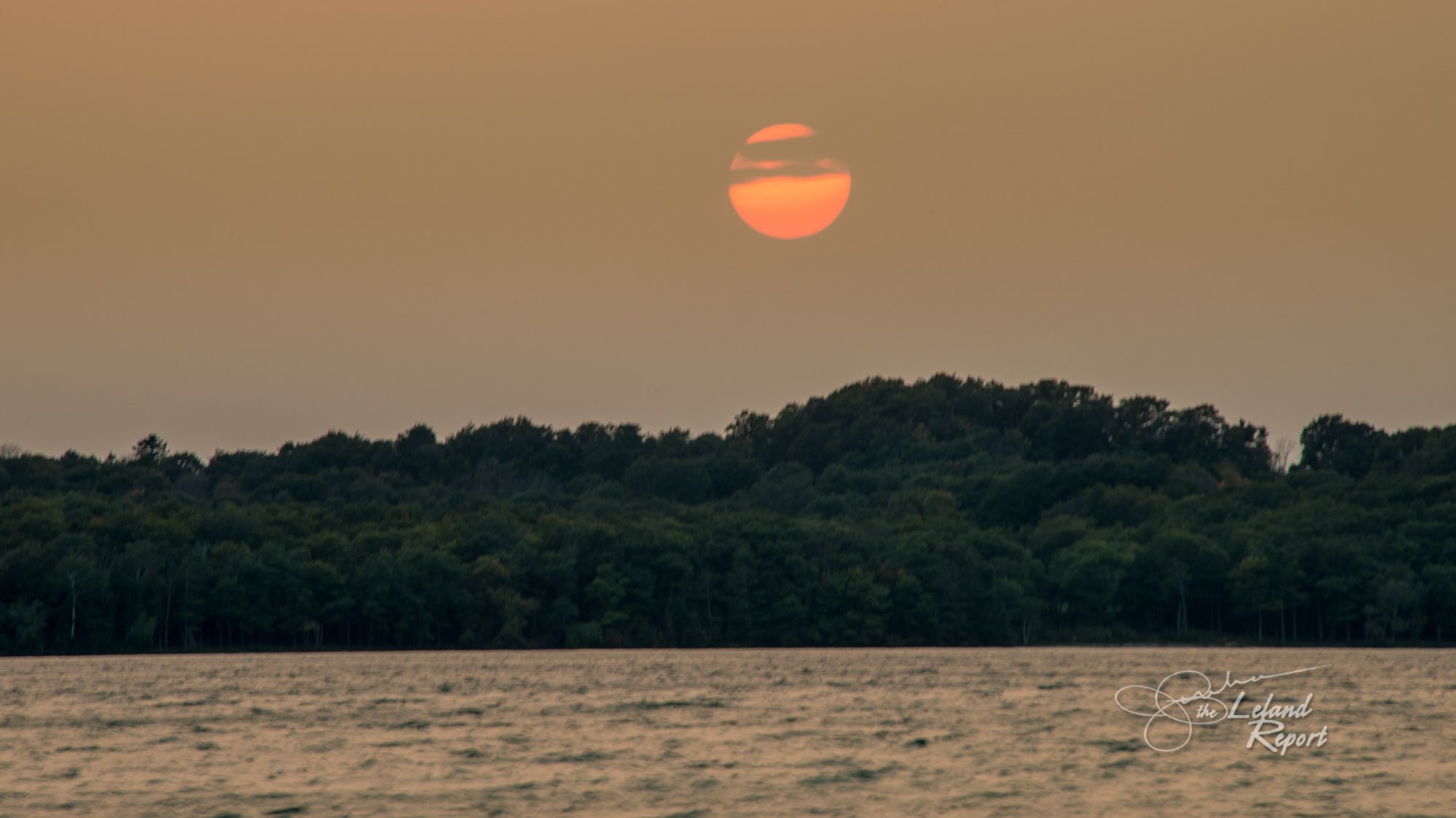 “what really knocked me out was the cheap sunglasses!”

The mushroom is amazing!!!

The fungus is just WOW !

Hi Jim, awesome pictures of the fungi. A few weeks ago I was walking our property near Cathead Bay and I also found some fungi that I thought you might be interested in looking at because it reminds me of another natural resource in this area. Of the mineral kind. Thanks and keep up the great work. 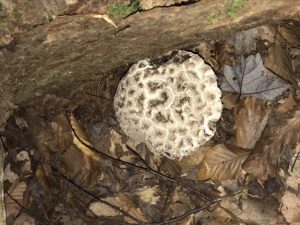